Started our day on top of the hill outside Holbrook Arizona, the bleakest location I've ever seen. 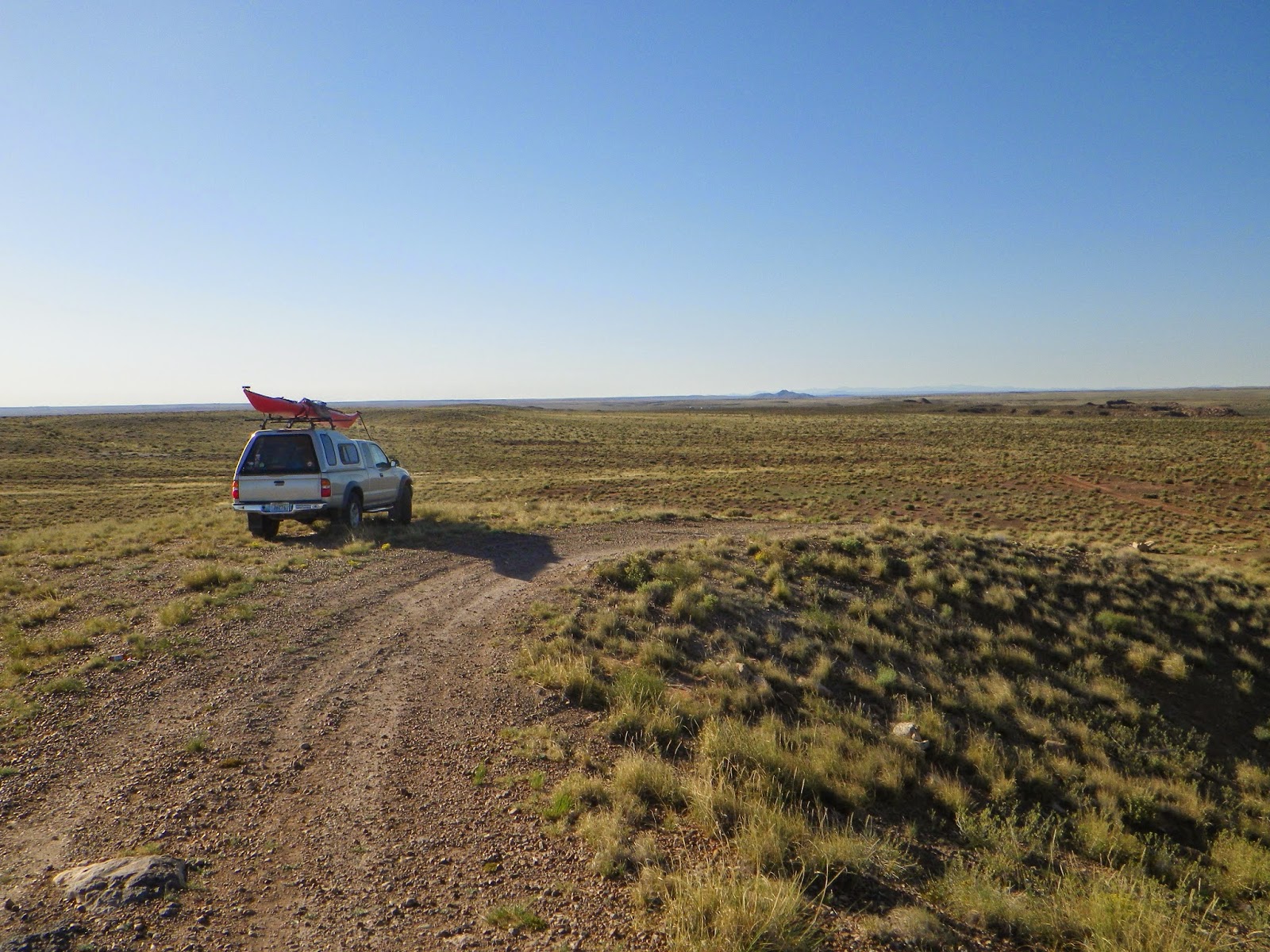 A bare, dry, grass field stretching empty in all directions. There was a wind farm on the horizon and a factory pumping smoke. Behind us was Holbrook, an oversized highway rest stop of a town along interstate 40.

We headed to the petrified forest national park. It was strange we passed by these gift shops and petrified wood shops with piles and piles of the beautiful petrified logs in their yard for sale. Clearly raping and exploiting the environment; then when we get to the park there's signs everywhere telling you not to take any wood, 350$ fine. That's for us to take and then sell to you, duh. We thought it was probably the lamest national park. 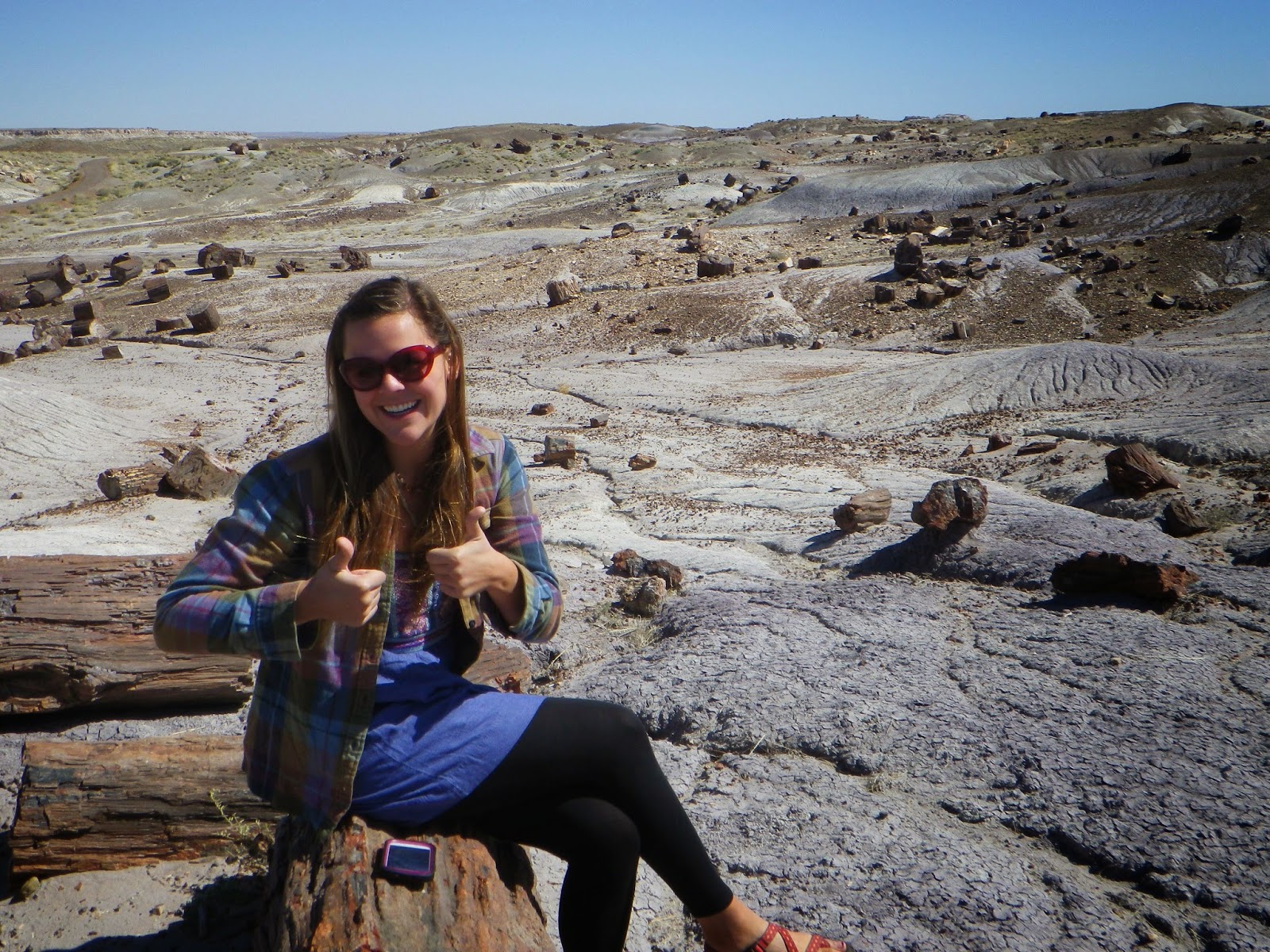 It was cool though, we had fun hiking around the logs a little. Maggie was expecting like an actual forest but it was just logs lying around this weird, bland arizona desert. Pretty underwhelming, though they were beautiful. Magically colored, they had been agatized and I did steal a couple chunks. 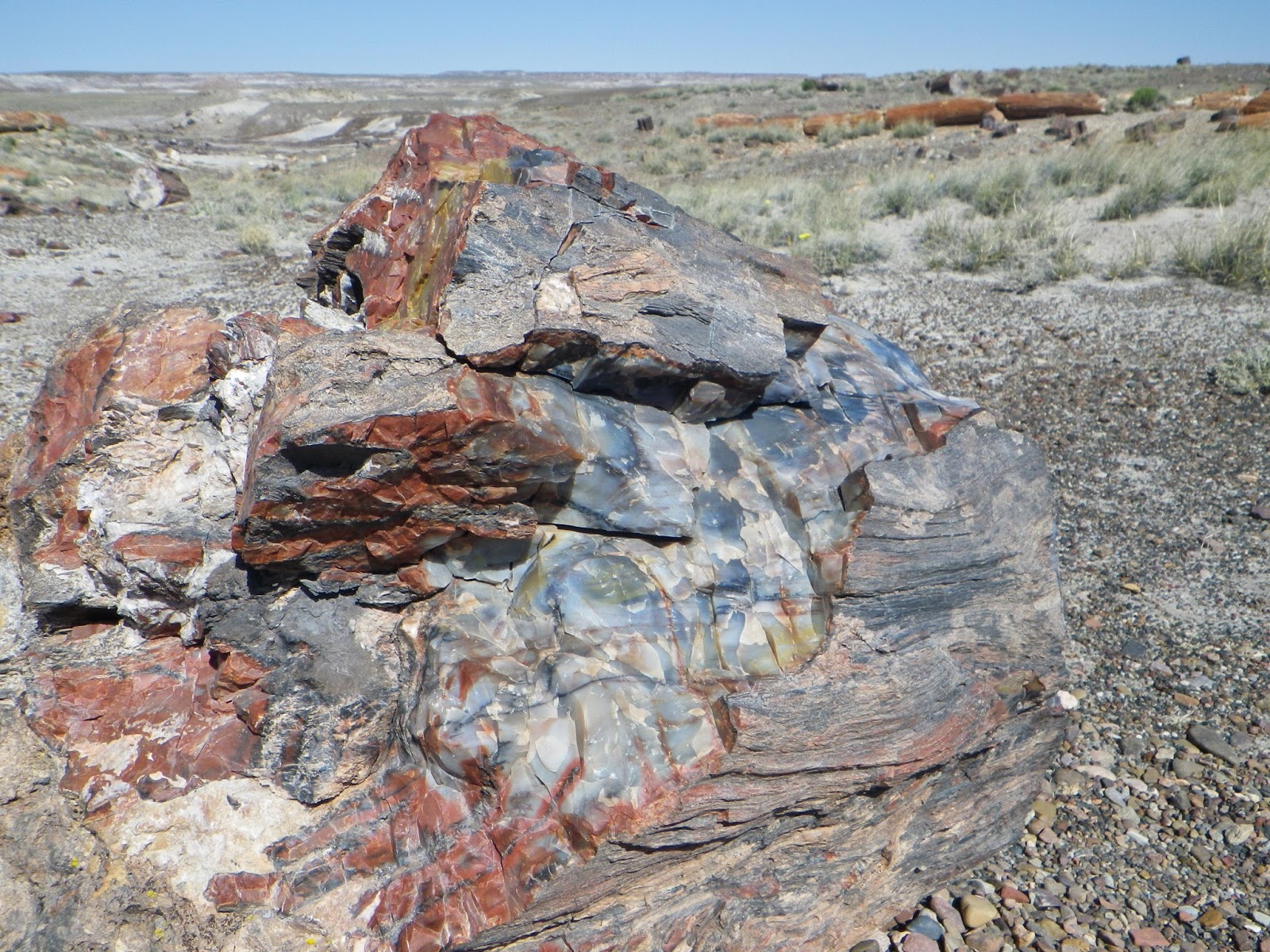 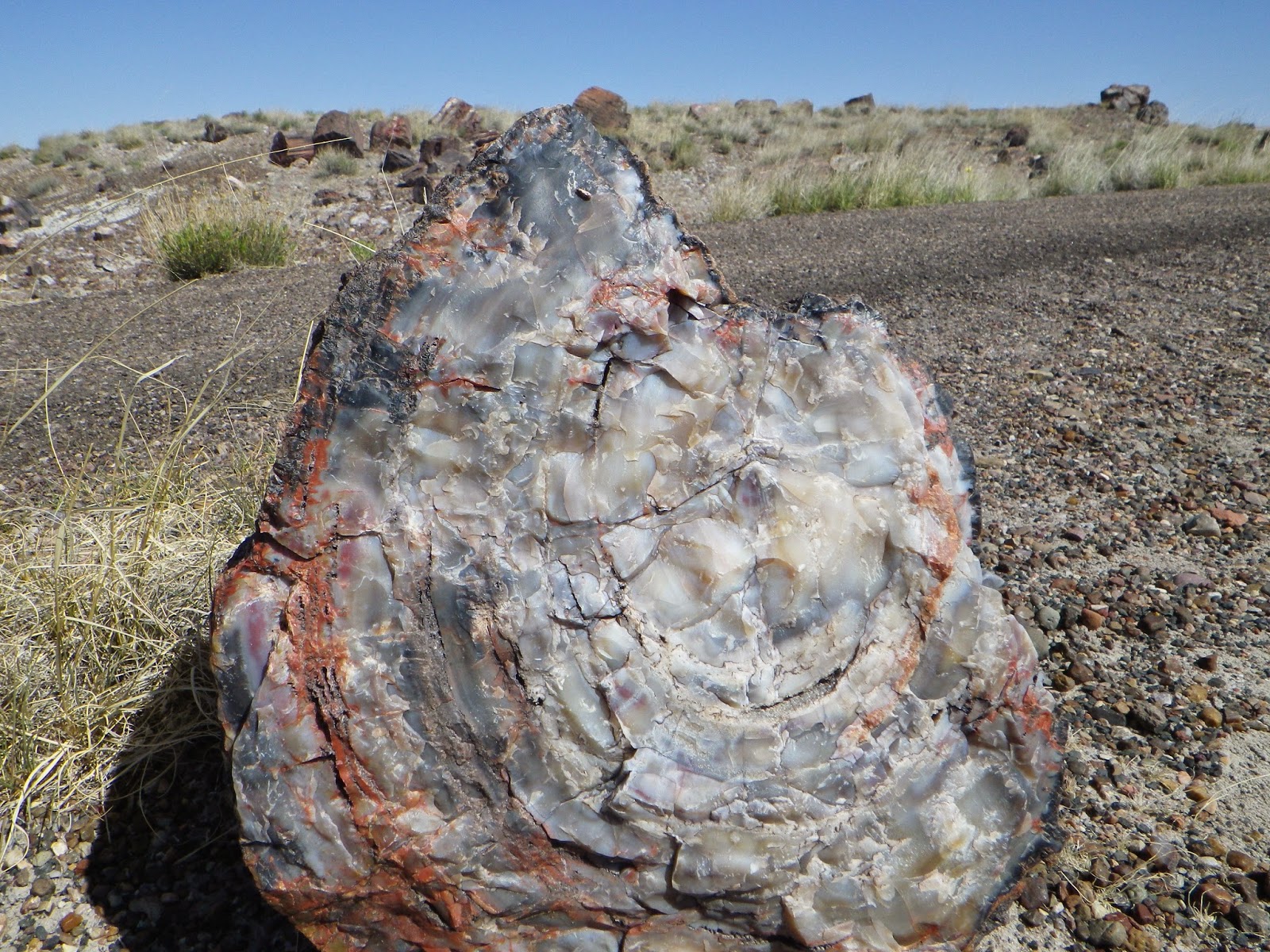 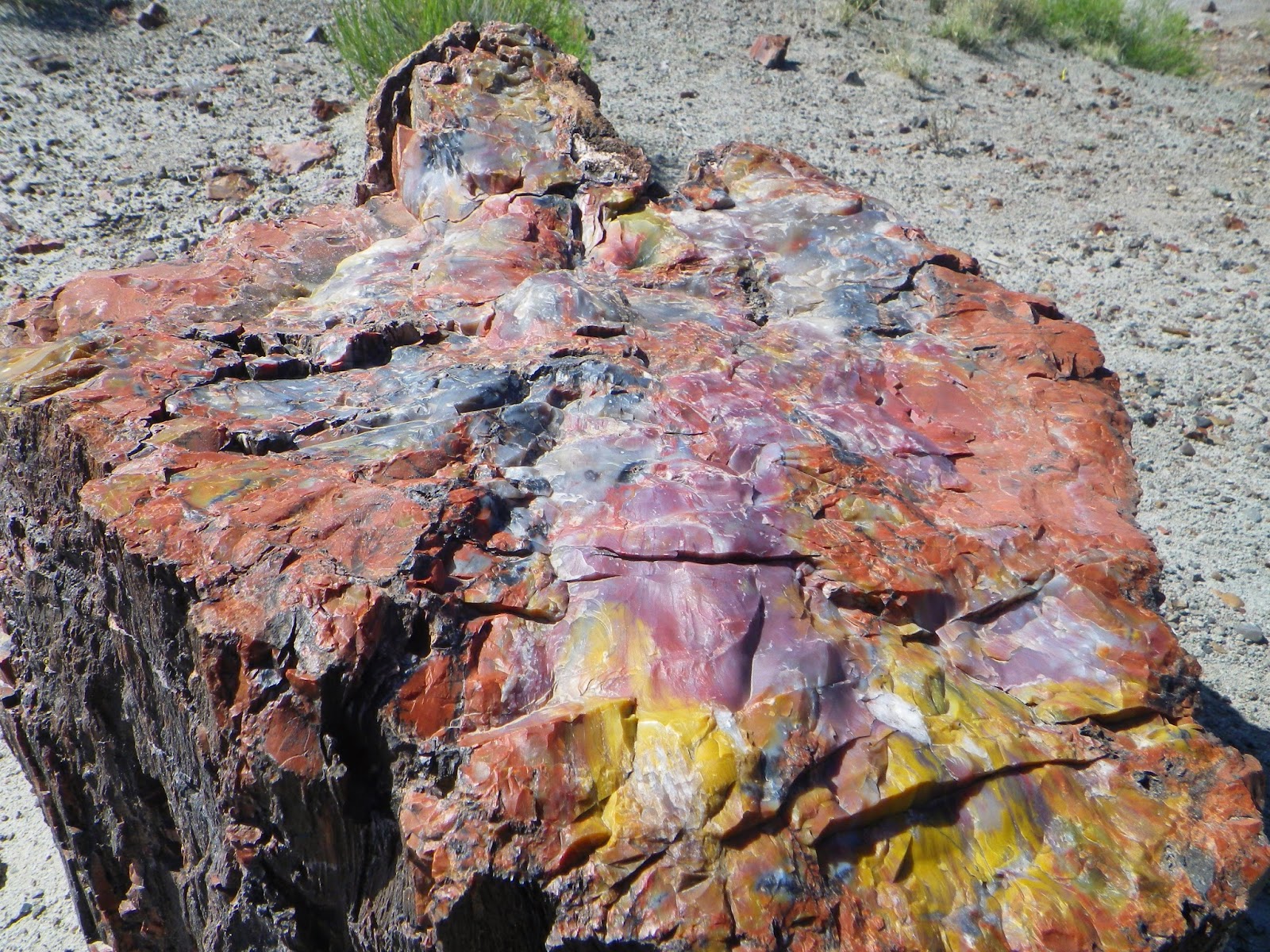 We had a great time but were more than ready to drive away from Arizona. 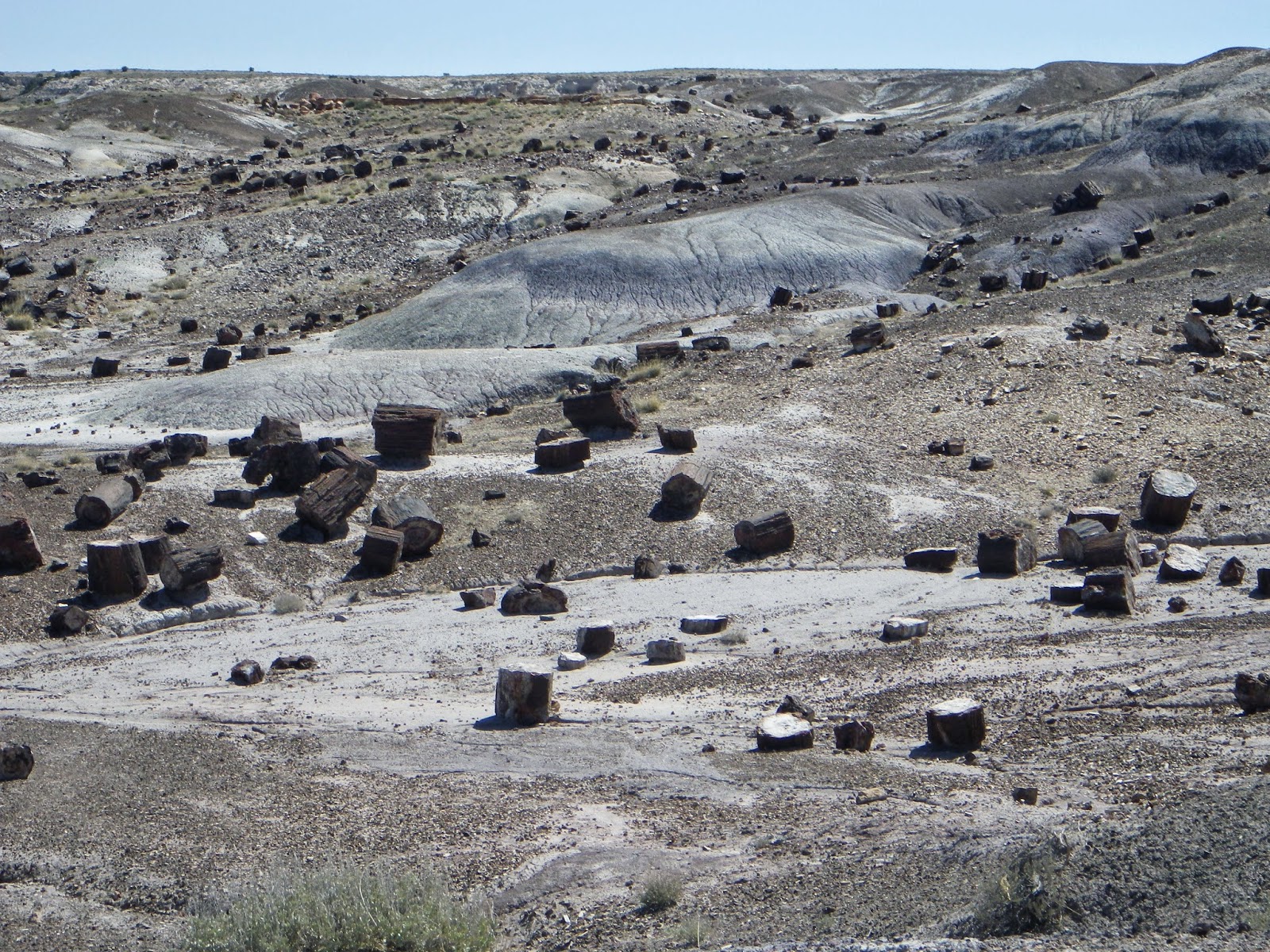 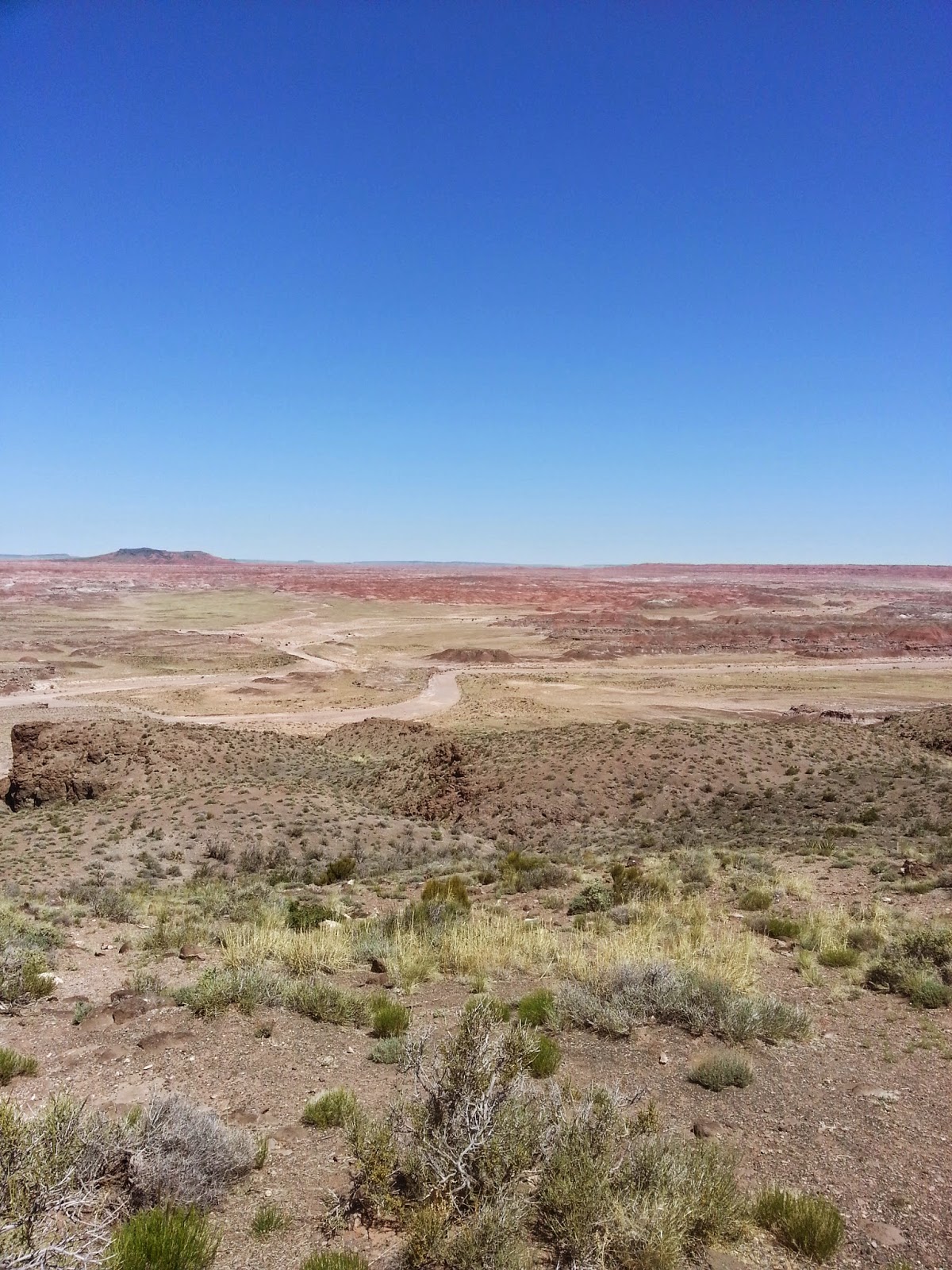 And drive we did. I didn't think we'd have to drive far today but we did. We passed through some of the emptiest dry country I've ever seen. Took a back road into
New Mexico, and passed through a town called Zuni Pueblo. The most third world little indian village we've seen yet, all adobe houses and weird people approaching us and asking for money. The land of enchantment... 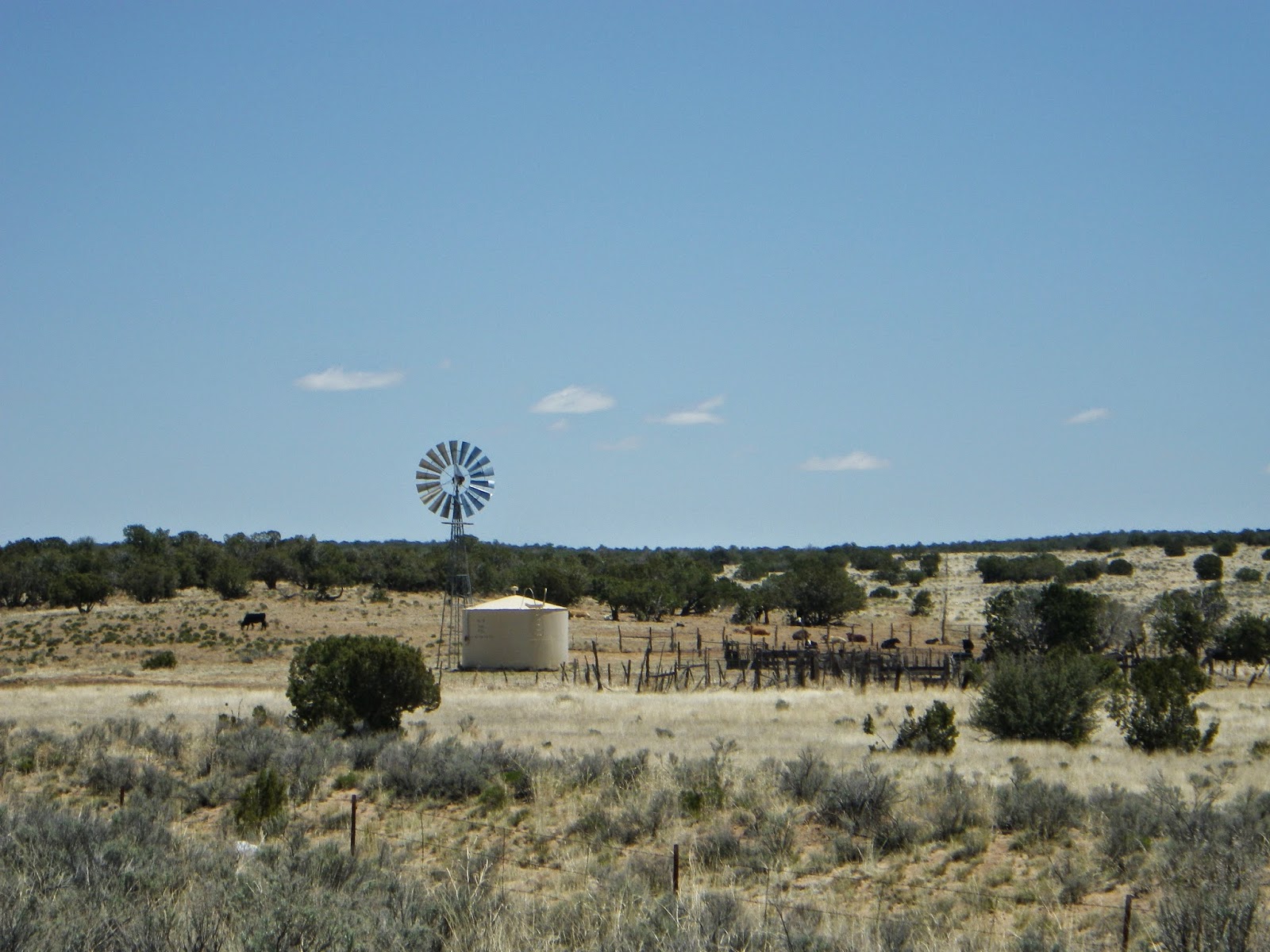 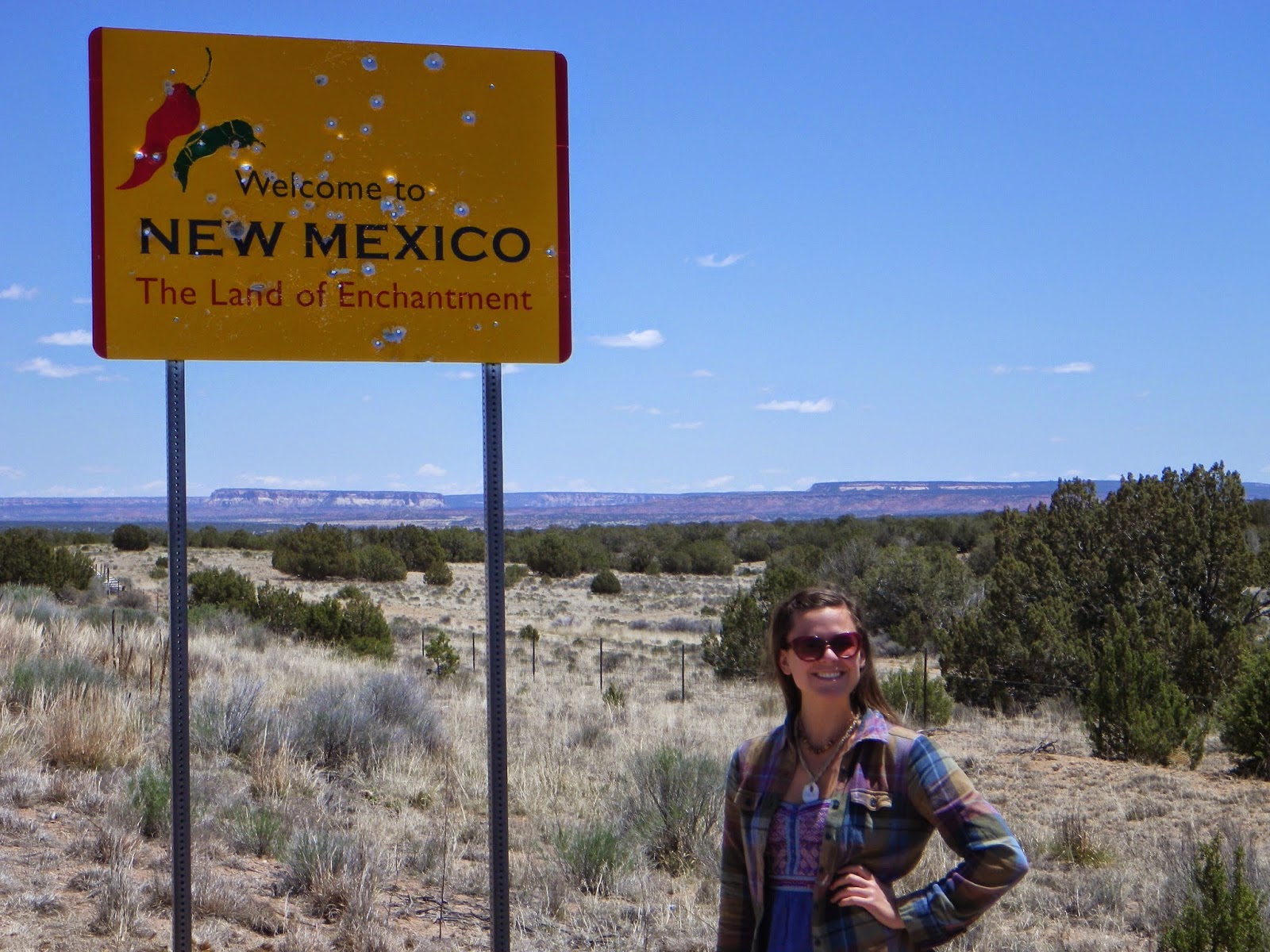 But after that we came to El Malpais national monumgent, along the continental divide which is where we came to rest. We drove a very beautiful dirt road through a dry forest, on some rolling hills, at 8000 feet of elevation. We haven't seen a person and have barely heard of sound. Silence. Modest New Mexican scenery and very relaxing. 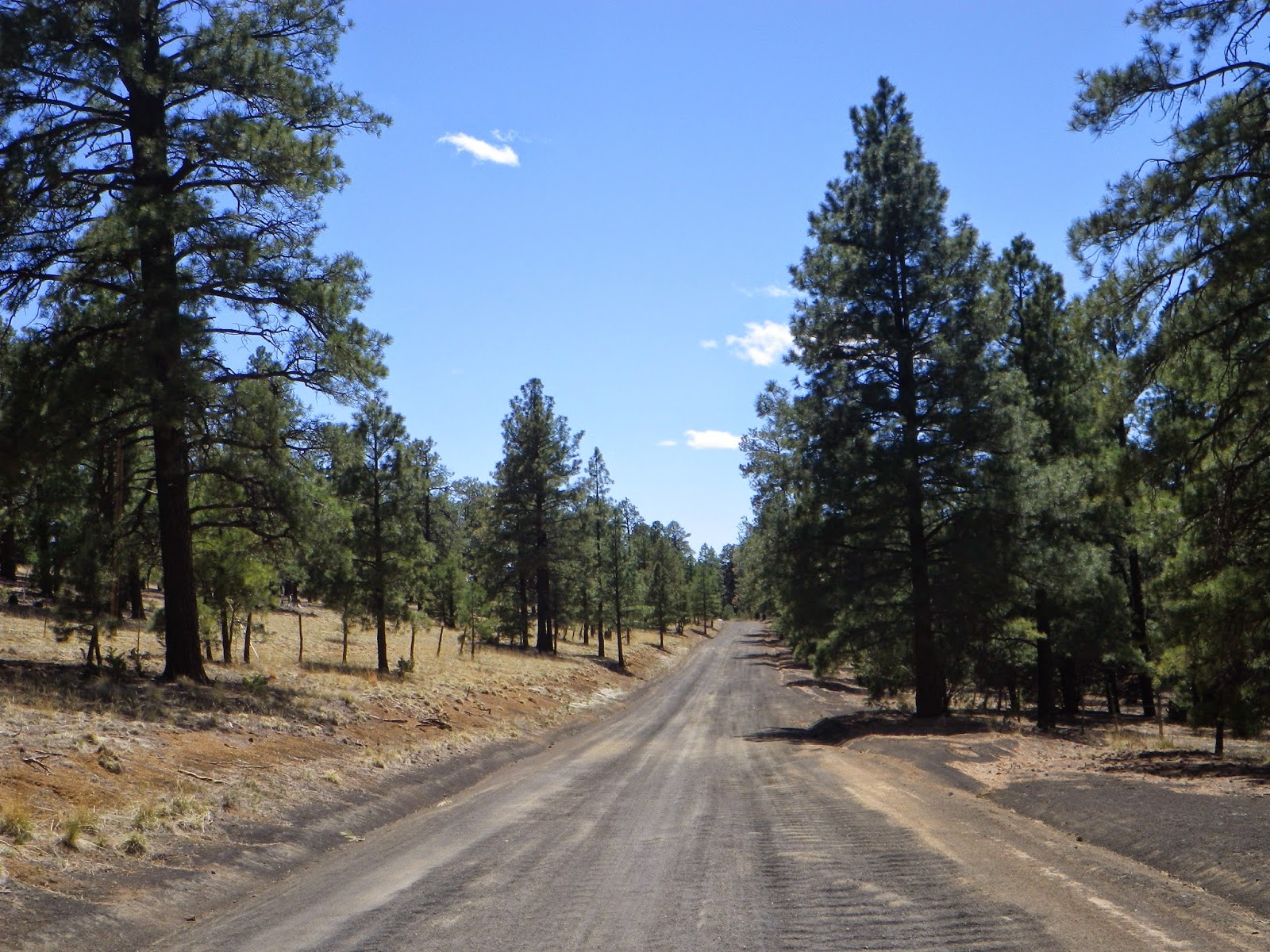 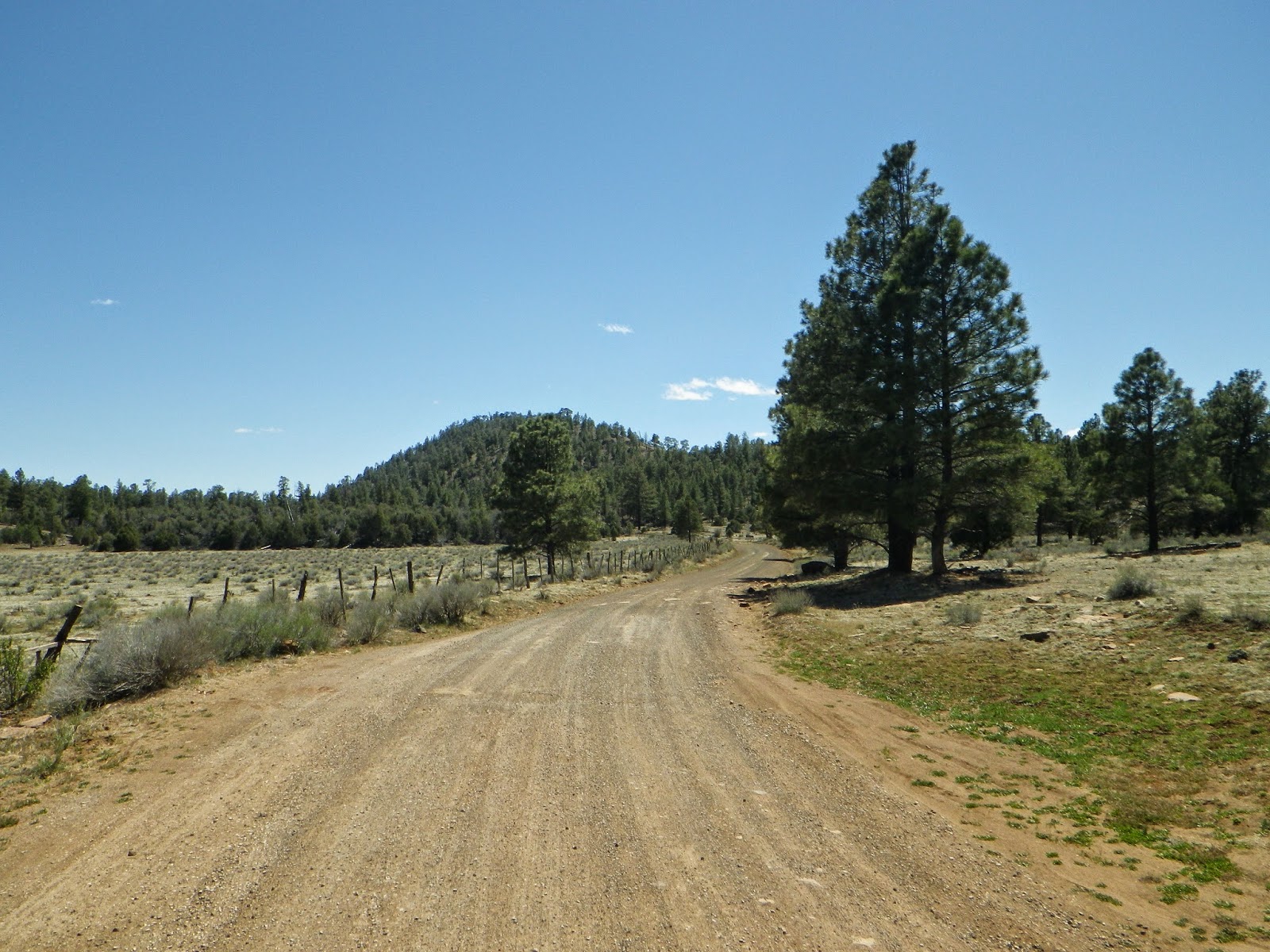 We hiked for an hour and a half along the continental divide trail (one of America's awesome long trails) which was extremely mellow. The same scenery the whole way, pretty much flat, just a nice walk in the woods. A dry, high elevation forest of pinyon pine. Then we cooked and watch the sunset, made it to bed early. Had a simple day. 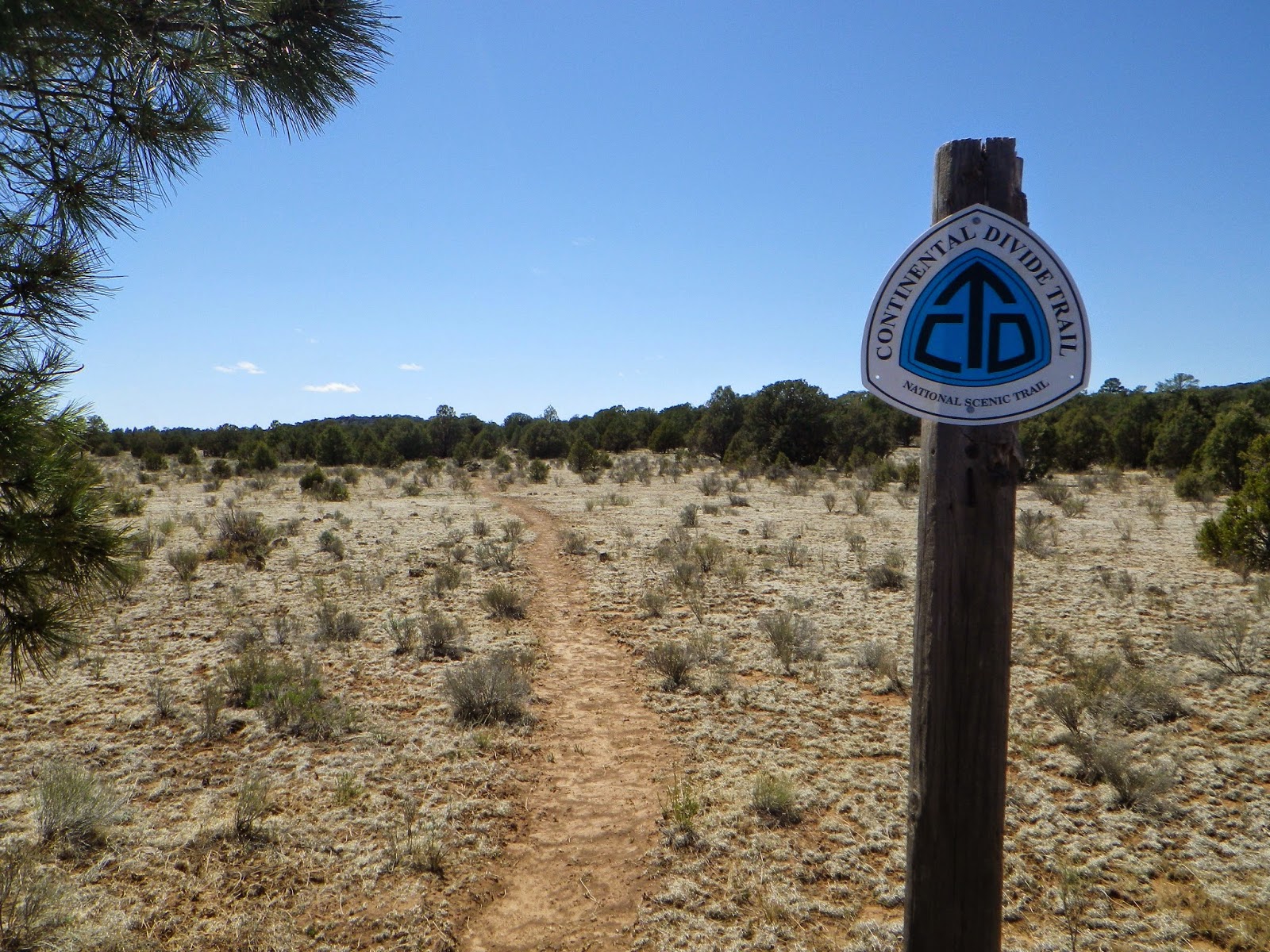 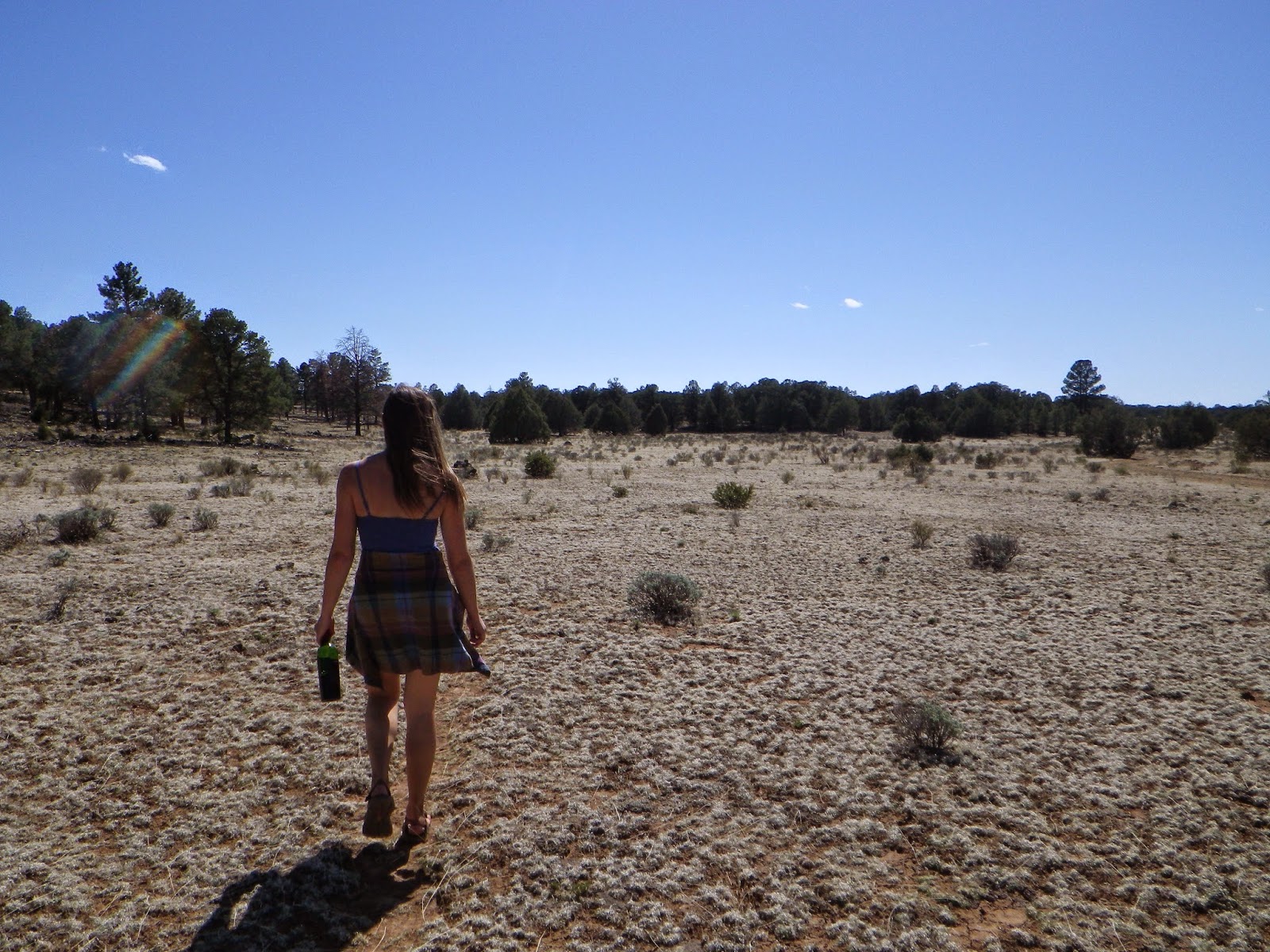 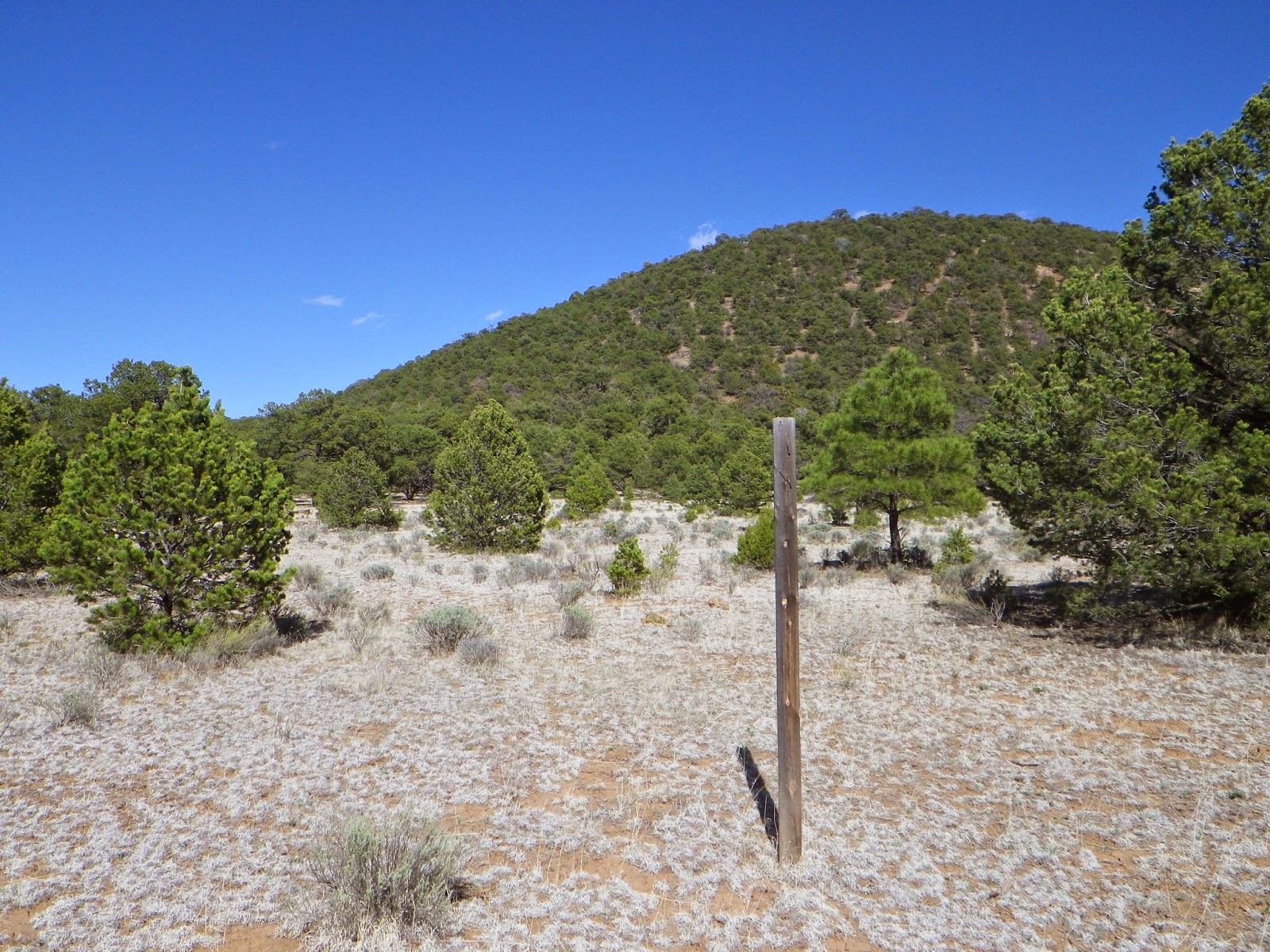