Southern Utah is an amazing place.  Of all the world this desert is unique.  Its red here.  Not just orange, not only brown, but at times a deep and satisfying red.  The red rock battles with the blue sky, a fierce opponent.  Halfway through the month of May, spring is in full swing, so the red desert is alive and painted with green.  Those are Utah's colors, red, blue and green. 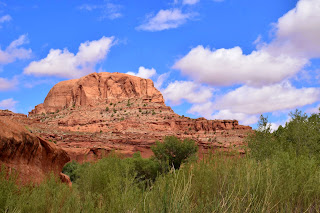 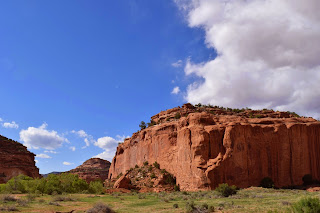 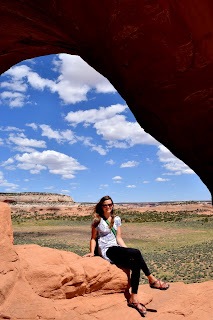 Millions of years ago the Colorado plateau rose undisturbed by the flux of mountain ranges.  It rose upwards as a flat plateau. Magma infiltrated underneath and in some area it bubbled up.  The Henry mountains, huge monoliths of igneous rock slowly pushed their way up, rising to 11,000 feet and higher above the flat plain.  Now at that elevation they captured the weather, they gathered snow. Snow melt started creeks, it added to rivers, and the soft and colorful sandstone of the Colorado plateau was carved and sculpted.  The Henry mountains surrounded themselves with a great maze of fins and canyons,  The LaSal mountains by the town of Moab did the same.

The colors are hard to believe, at times your eyes hurt from just viewing the vivid landscape.  Red and orange stripe the maze of rock that you can lose yourself in for days at a time.  Black desert varnish drips down the walls showing where manganese and iron oxide has deposited itself through running water. Green cottonwoods harshly contrast the red walls, sparkling in the breeze by a river, glistening with rain in a desert sun shower. 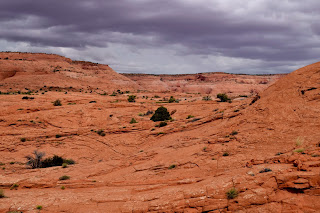 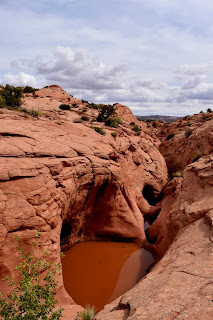 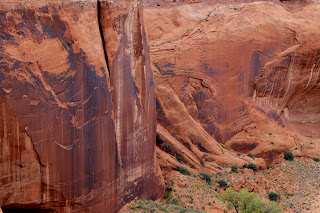 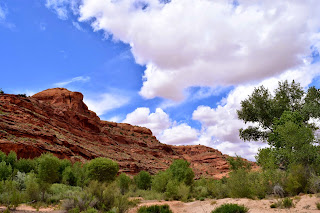 Utah is a maze.  An enormous and complicated land that you can spend a lifetime exploring without even scratching the surface.  I don't live in Utah but in my American travels I find this place is often on my route, "The Crossroads of the West"  America is an impressive country with scenery that's unbelievable in many places, but nowhere is like southern Utah.  I will always come back here. 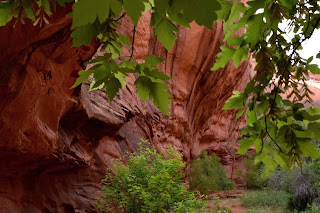 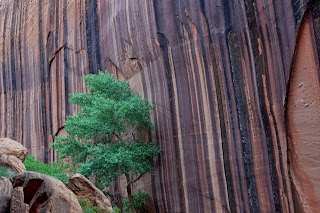 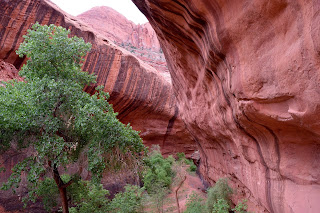 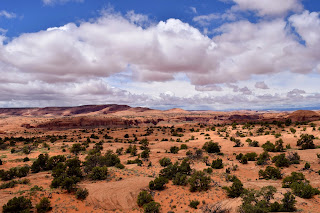 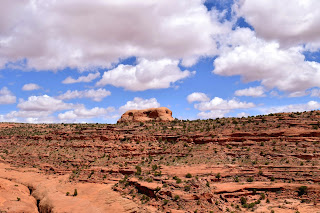 Feeling privileged to be back in the remote town of Escalante, I took a drive out a dirt road on the Egypt bench.  The Egypt road runs ten miles east into the desert after driving 17 miles south down Hole in the Rock road.  The whole drive was most likely passable to any 2 wheel drive vehicle, there was just one tricky patch of slick rock to drive over halfway out to Egypt.  If you make it that far you can start the hike from there 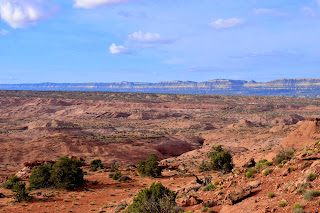 I went out to find the Golden Cathedral, in a place called Neon Canyon.  From the end of the Egypt road you descend dramatically off the bench and head for Fence Canyon which is slightly to your left.  It can be seen from the parking lot  Follow the cairns as best as possible but once you get down Fence canyon the Escalante river will draw you over to it by some magical force.  Most people feel somewhat lost the entire hike.  Go with instinct and Neon canyon is the first and obvious canyon just 1.5 miles downstream once your in the Escalante river. 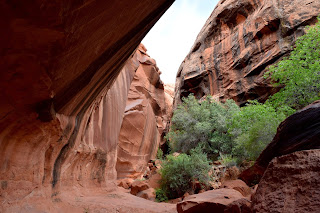 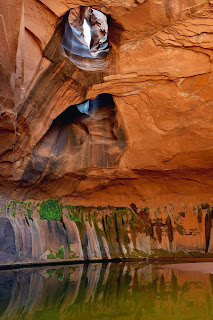 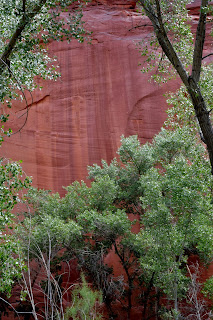 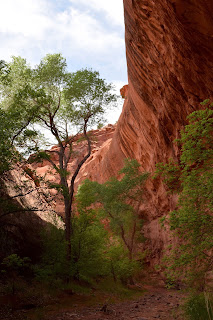 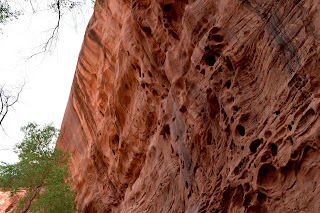 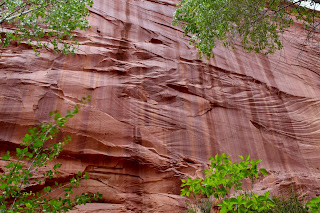 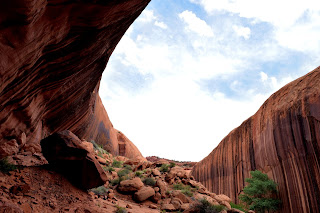 I saw three prominent canyons in the Egypt area, Fence Canyon, Neon Canyon and then, just another mile or so downstream from Neon... I stumbled upon Ringtail canyon 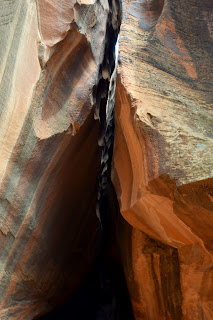 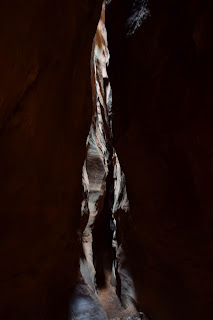 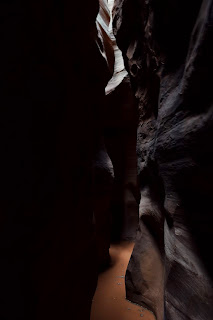 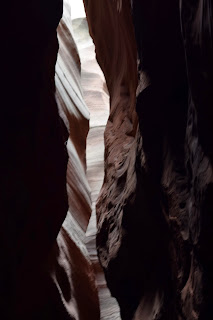 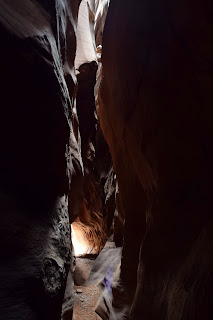 Egypt has been among the finest backpacking trips of my life, I will remember it always.  These here have been the most dramatic and enchanting canyons I've ever gazed upon.  The maze surroundings which guard the castle fortress known as the Henry mountains are spectacular.  Works of art and sculpture with water as the artist.  If ever the opportunity should arise, if ever you pass through southern Utah, take a trip into the canyons!