Well it s been a tough week but also exciting. Definitely challenging.

On July 5th we hiked back to Stehekin with our friend H.R. We went fast, did 10 miles in 2.5 hours and made the 3 p.m. shuttle bus to Stehekin, which takes us 11 miles into town on a dirt road. We hiked 18 miles that day and spent the night in a luxurious spot on the lake shore, it's the most magical place ever. 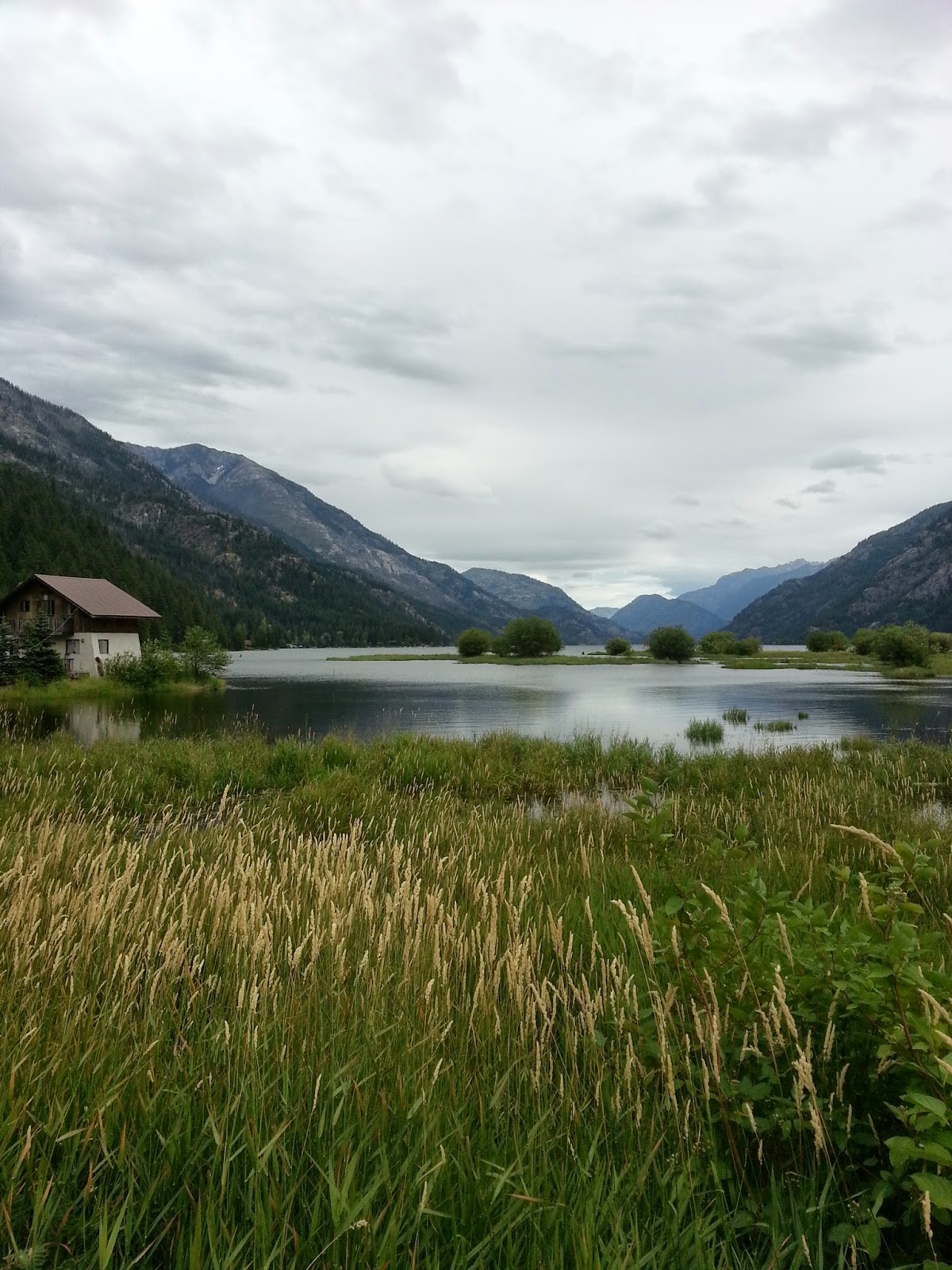 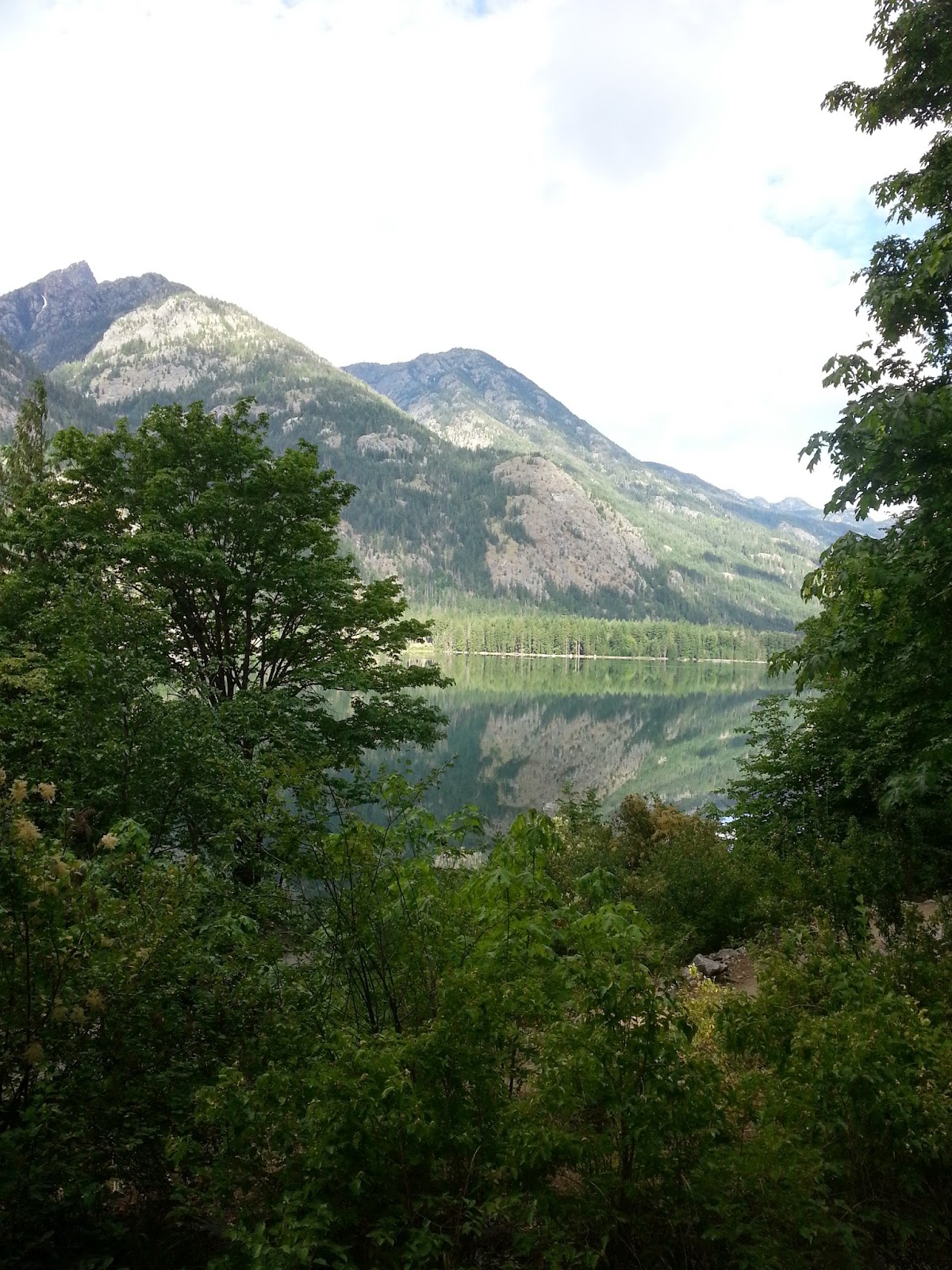 The next day we caught this ferry, it was $35 per person and they only accept cash or check and there was no ATM in town. Good thing I have checks! It was a long ride down this narrow 50 mile lake, the North Cascades are beautiful. We came to the city of Chelan and tried to find a free spot to camp on the outskirts of town but that didn't work the town was too big. It sucked and we had a rough time. Finally we gave in and bought a $35.00 campsite which was right next to the loud highway and busy sidewalks and the campground was bursting with people. 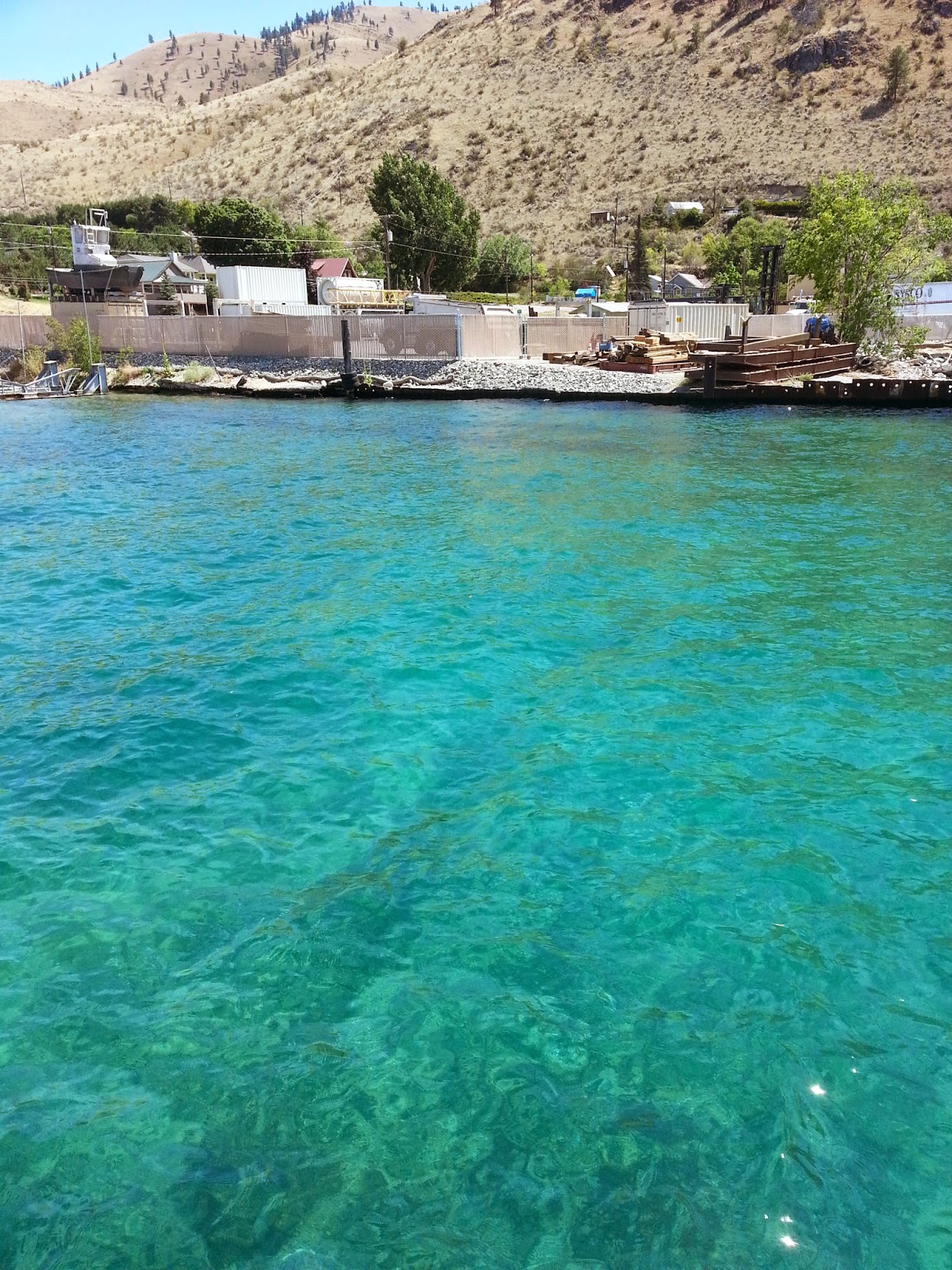 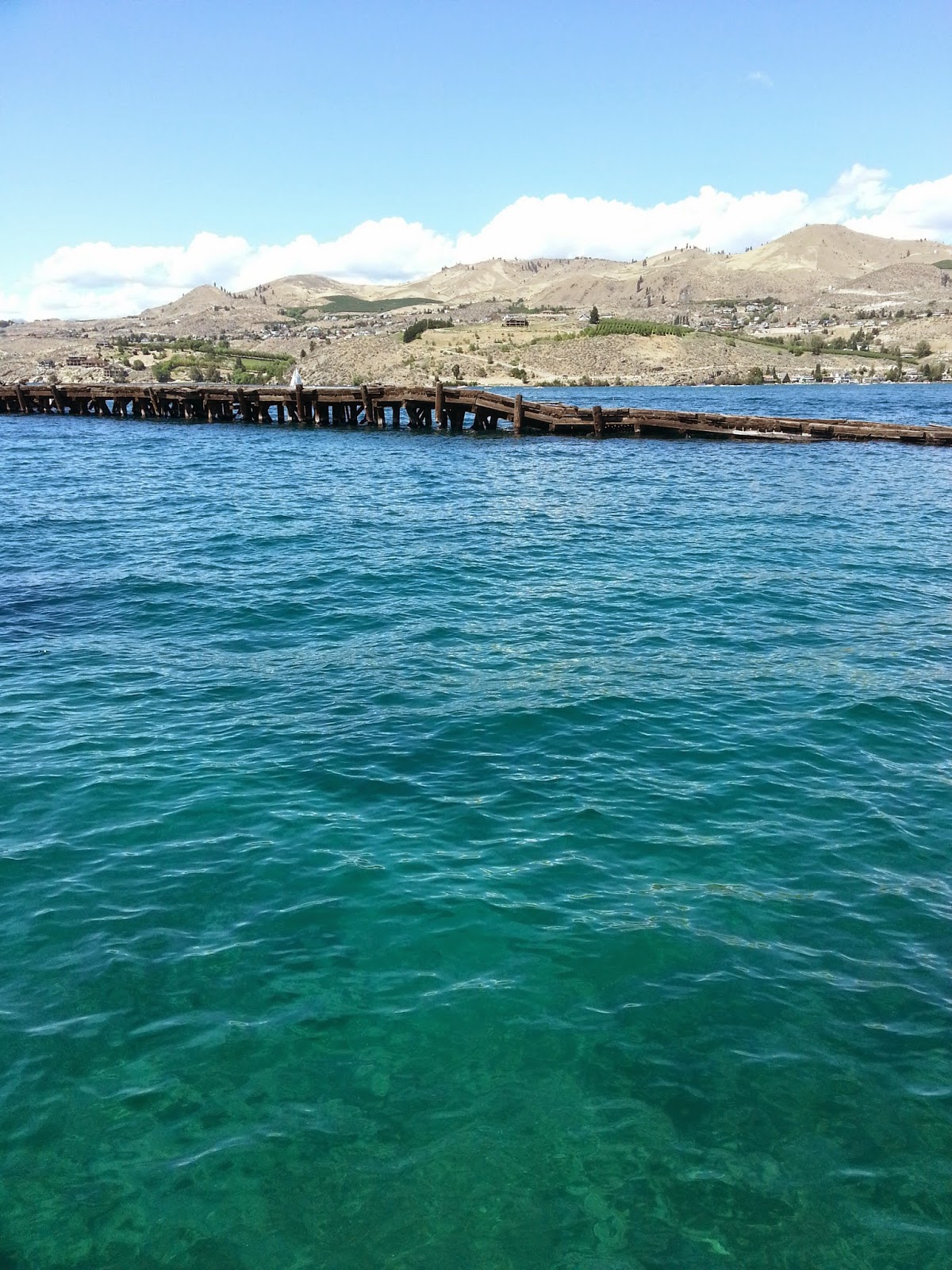 The next morning we ran to catch the bus and found ourselves flying across the dusty desert lands of Eastern Washington. We were dropped at a pleasant bus station in Wenatchee where that we purchased a couple bus tickets to Skykomish. We were whisked back up into the mountains.

The bus, Seattle bound, made a special stop on the side of the highway for us, the ticket lady said she had never sold a bus ticket to Skykomish before. It drove away, leaving us in the dust. We both were a little startled by being dropped off like that in this foreign land and I immediately began searching for a place to hide. I climbed down the side of the highway and walked around some pretty riverbanks until I found a little rivulet that ran into a marshy area. I found this nice sandbar and took Maggie's bag there and instructed her to climb down the river banks and through the river to her great detest. The highway roared buy us and echoed around like thunder with each passing car. I liked the swamp but she didn't and we didn't get along very well that night.

We wandered the ghost town of Skykomish. It was a simple empty town on the Great Northern Railroad. Stark and spacious and beautiful, with a large abandoned historic hotel in the town center and not much else. The trains constantly past. I had absent mindedly left my sleeping pad in Stehekin and had been sleeping on the cold ground since. I ordered a new one next day shipping to this wonderful persons house named Andrea Dinsmore. In the morning she came and picked us up from the post office and brought us 10 more miles down the road to her house in the tiny town of Baring. A friend we had never met came to pick us up. 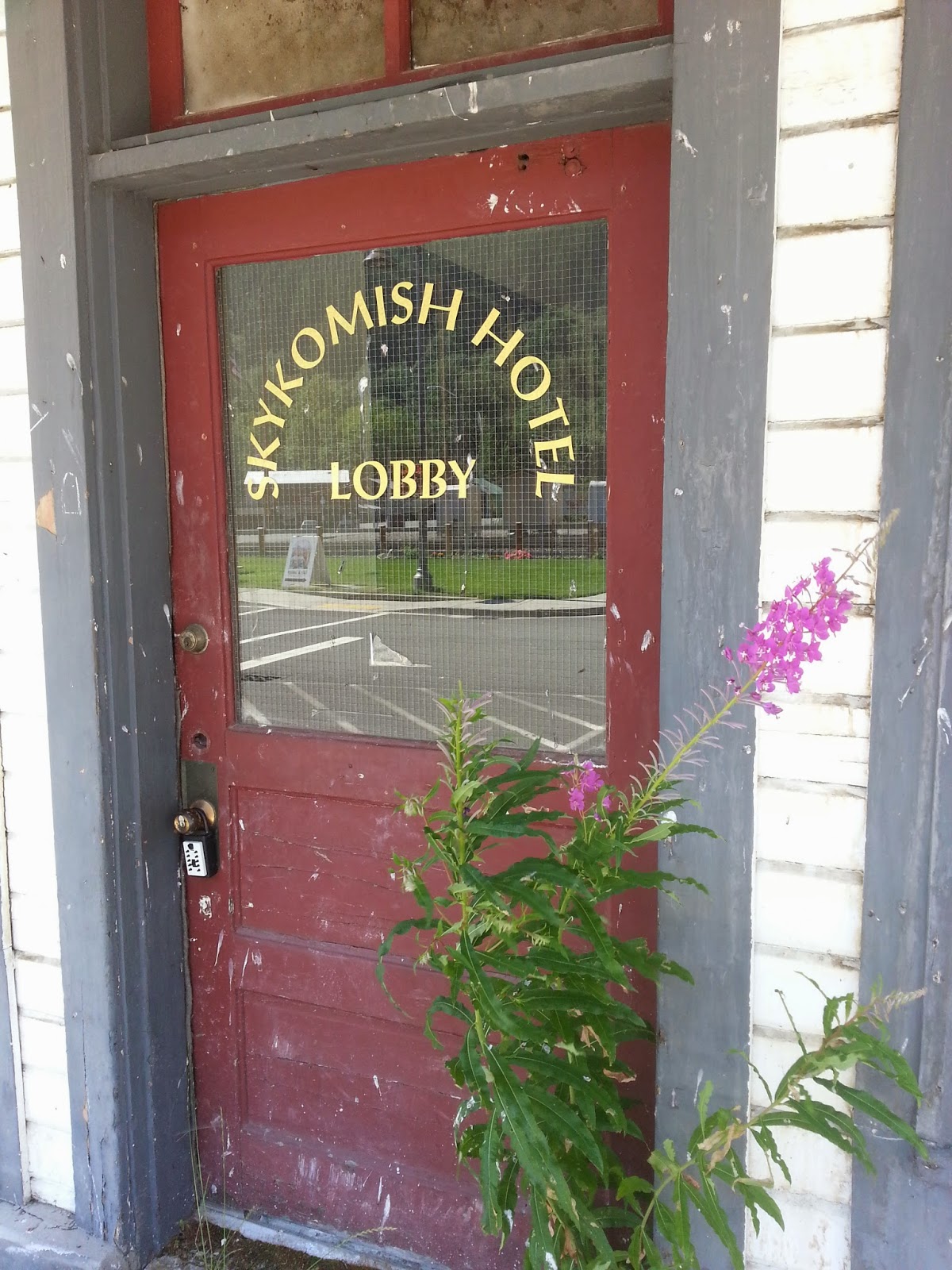 Her and her husband Jerry are PCT "mom and dad", they run an informal hostel based on donations for PCT hikers. "The Dinsmores Hiker Haven". We stayed in a room there with bunk beds showers, laundry, even spare clothes you could wear while you wash yours. So much reading material about the PCT, the walls plastered with PCT history. Maggie wore a dress that belong to her hero Anish. A girl from Michigan who holds the PCT speed record and has an inspiring story. We talked about this girl all the time and now Maggie's wearing her dress that was cool. We cut 60 feet of Tyvek into 3 foot by 6 foot sections for ground cloths for the hikers camping on snow. 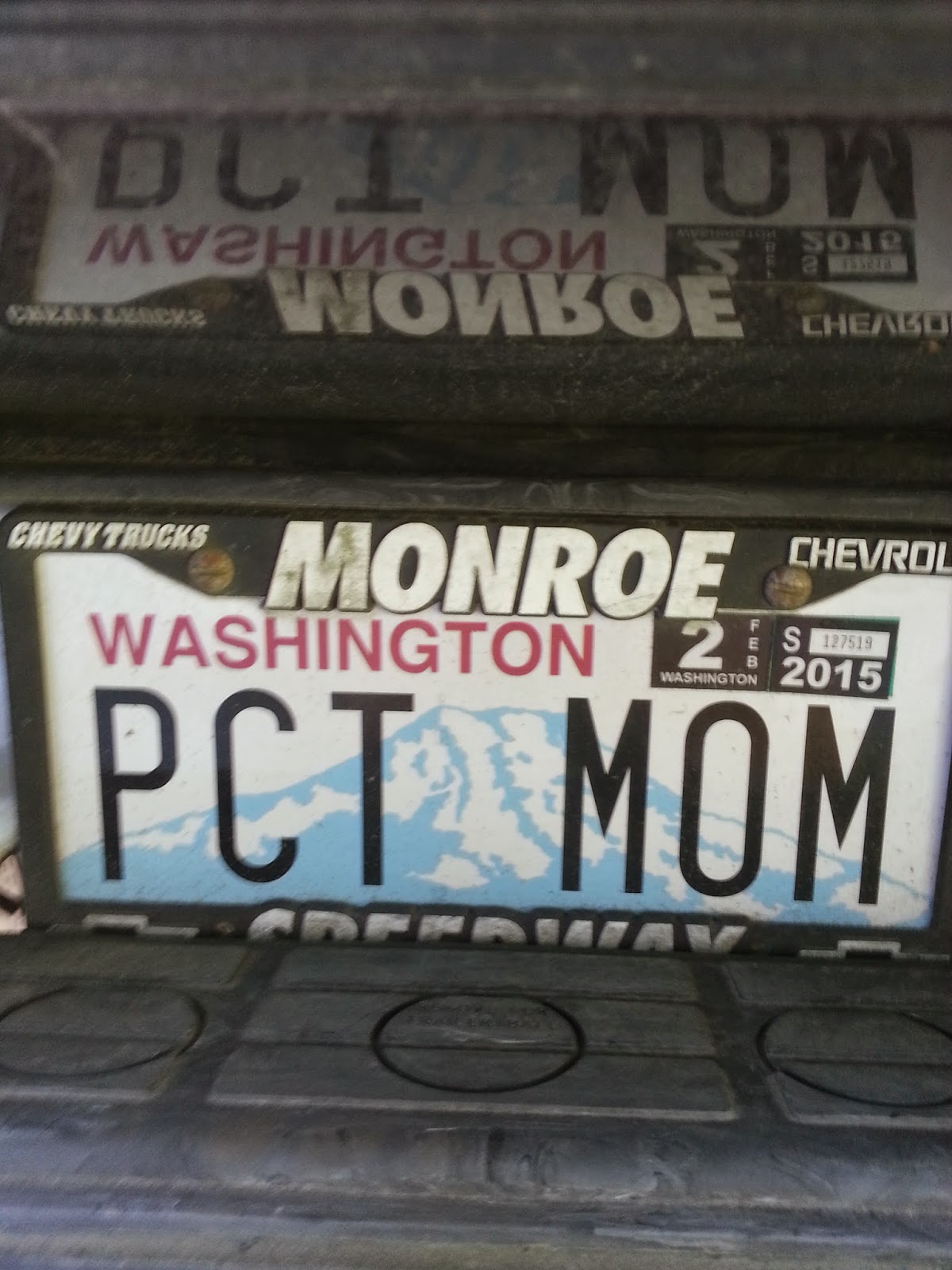 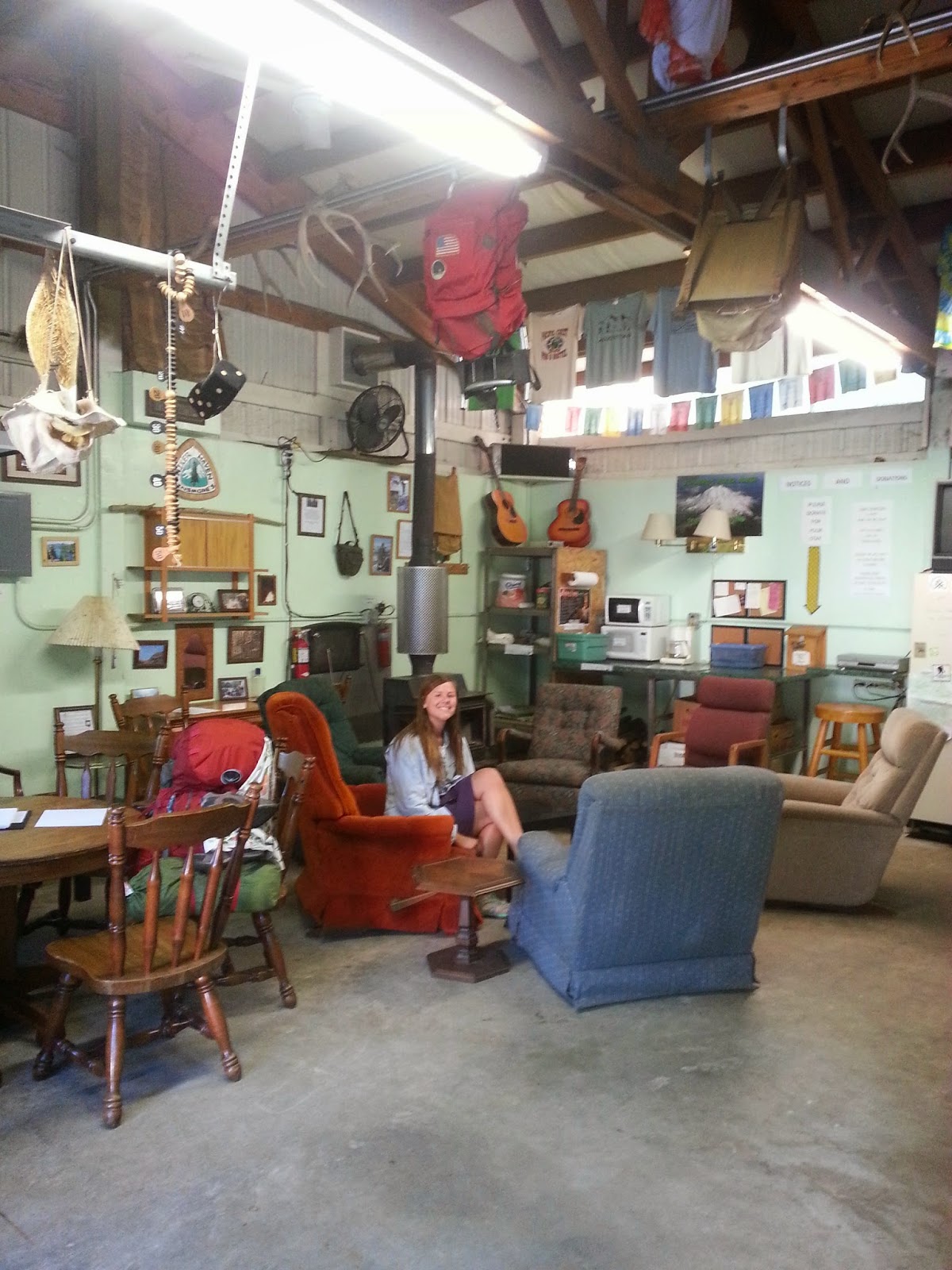 Also there was a bunch of free stuff. I grabbed some expensive anti fungal foot cream, we upgraded our bug hats, there was all the free backpacking toilet paper one could want and chocolate peanut butter to eat! Then she gave us a jar of "Biscoff", cookies in peanut butter form, but it wasn't peanut butter it was straight cookies. Cookie butter. It was heaven.

In the morning we had breakfast with the 14 or so residents of Baring at the general store where they gather for breakfast daily. When the train goes by all the people of the town wave at it as big as they can. I could just picture the people on the Amtrak seeing this magical mountain town out the window as they passed, with everybody waving including us. A nice guy gave us a ride 20 miles east to the top of Stevens Pass, to the PCT.

We hiked up further and quickly found the fast melting snow fields. One by one we crossed them. As we passed farther into the Alpine Lakes Wilderness we found a trail contouring the steep mountain side. The snow was clinging to the steep slope, creating constant obstacles to cross above dizzying views. You have to kick steps into the snow to cross it, but sometimes it conceals streams and you might see a hole in the snow, its just a thin snow bridge there, and those snowfield you have to climb down the mountain side or up it to move around them. It was uncomfortable and dangerous on the slippery mud, it sucked. There was one sketchy part.

Then the trail was completely snow covered. We got turned around and found ourselves heading steeply down the Icicle Creek Trail. We arrived at beautiful Josephine Lake and continued further down. Down and down to an abyss. 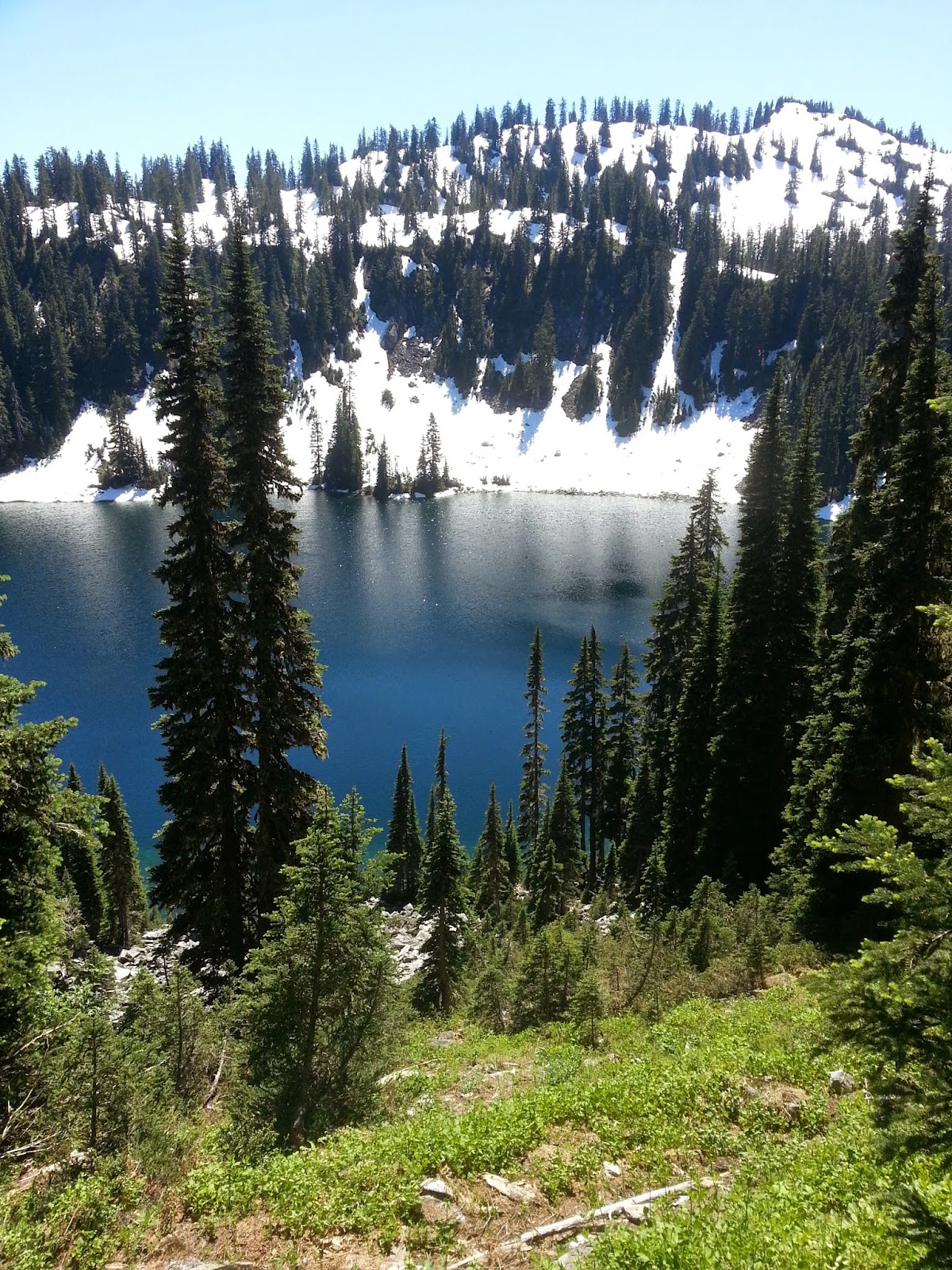 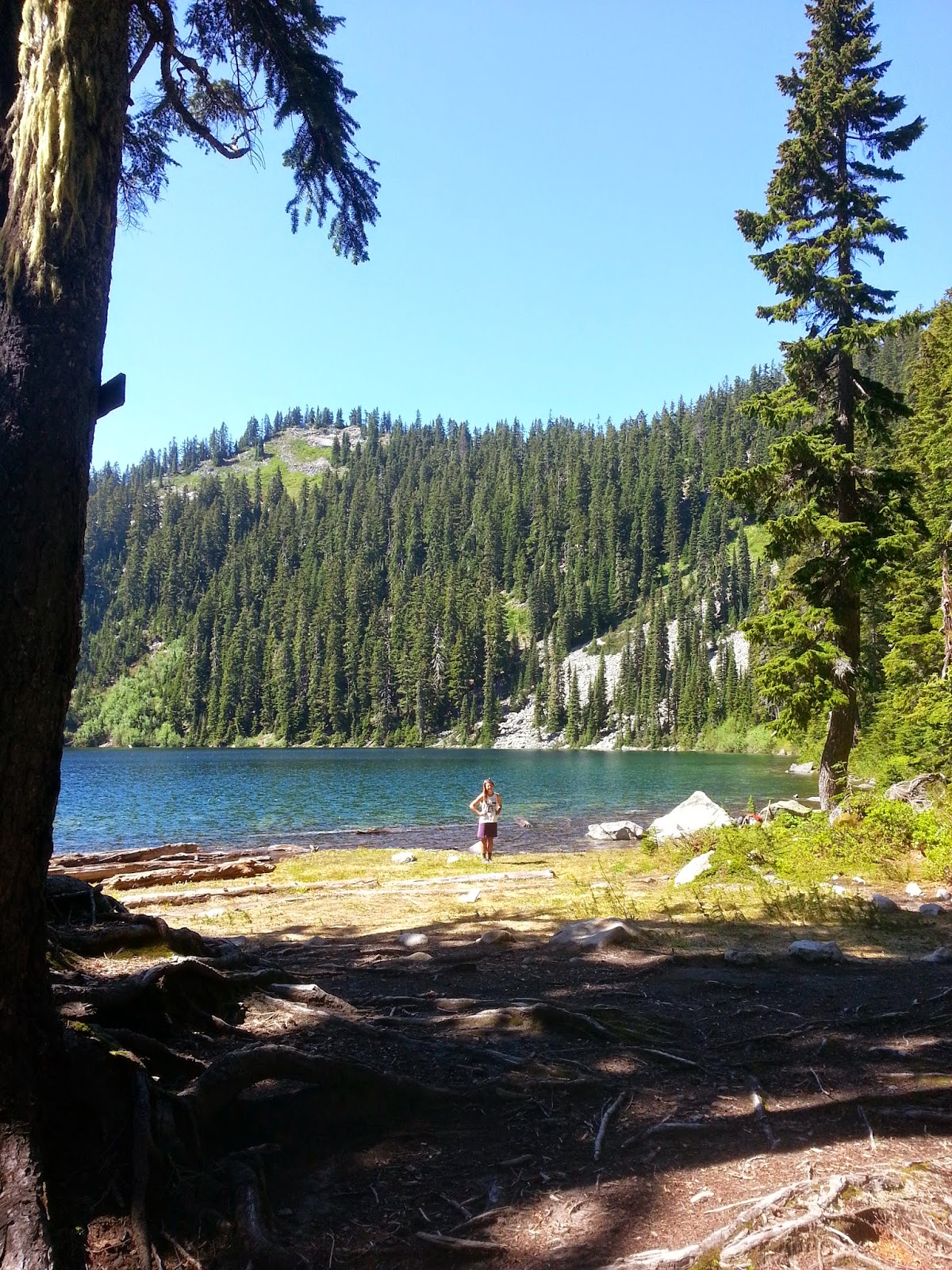 At the bottom we hit a pine forest completely blanketed in a large snow drift. A dead end. I tried to scout my way across it. I didn't realize it but this was the miserable Icicle Creek drainage. I crossed a snow bridge over a flowing stream. I left Maggie behind and scouted ahead. There was water flowing beneath me under the snow, I crossed more snow bridges. Then suddenly I fell through. My pack caught me and my feet were dangling free. Adrenaline surged! I escaped it and ran panicked ahead. I was trapped on the wrong side of a weak bridge. Thin ice. I was able to navigate my way back to Maggie through the bushes. I still haven't told her this happened! This is the wrong way is all I said.

It was July 9th, the anniversary of our friends death last year and a hummingbird followed us all day. We camped by Lake Josephine and found the PCT again in the morning. It was very discouraging. The trail was entirely snowbound for miles. We don't like it and aren't having it. A little snow is ok, "light mountaineering" but these conditions we aren't prepared for. So we turned back the miserable trail we came on and found ourselves sitting confused on a ski lift at the top of Stevens Pass. 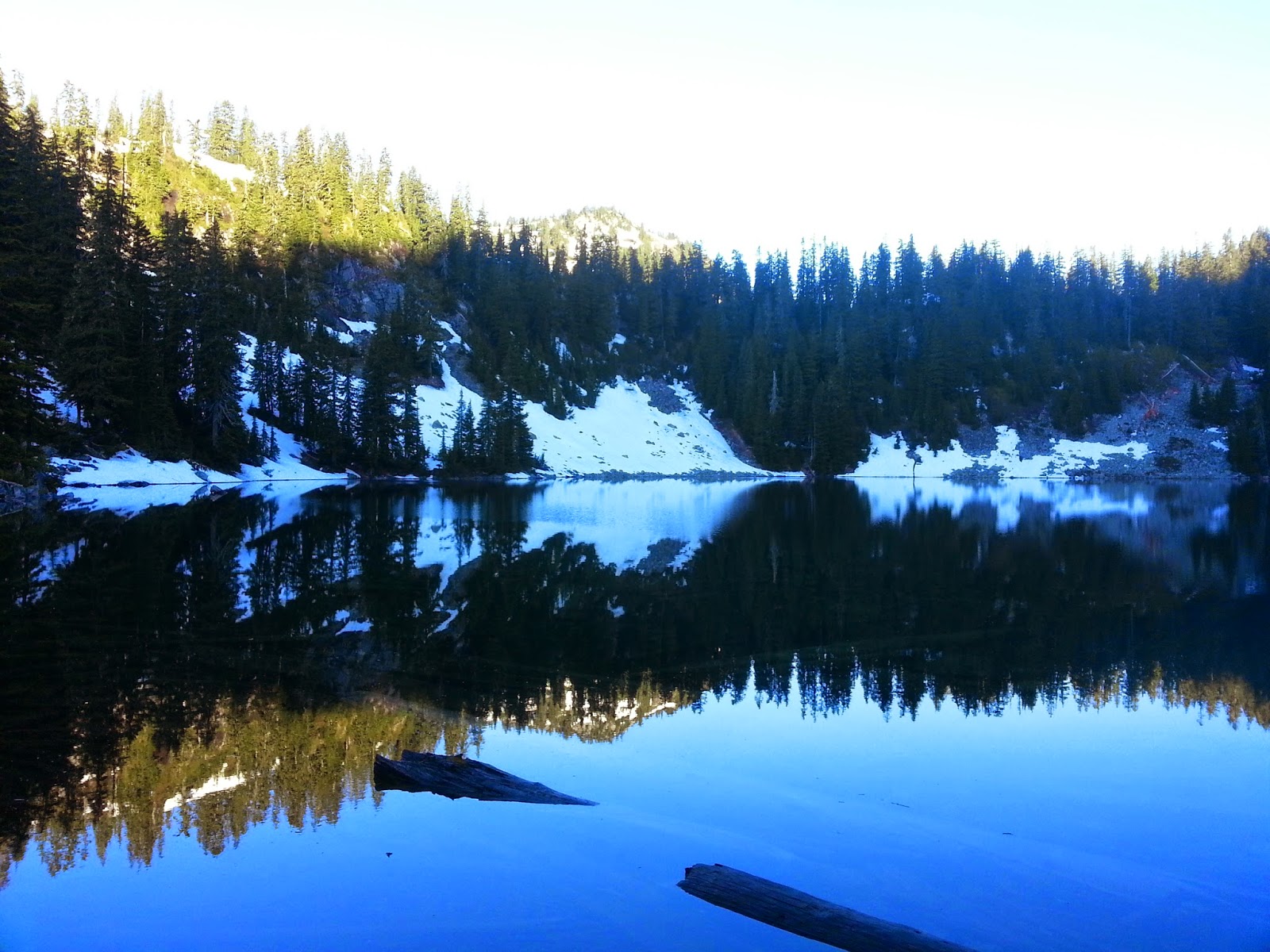 There's too much snow here what can we do? Wait for it to melt? Skip Washington and try Oregon? Bus to California, flip flop and hike north? We were trapped, on one side a scary highway we need to travel far on with no car and on the other side a huge wall of impassible mountains. We were at the ski lifts of purgatory and the mosquitoes were eating us alive. We camped halfway down the slopes in a fog of mosquitoes the likes of which I've never seen. We were frustrated and miserable. In the morning we woke up still pretty miserable but not so bad, and sat in a ski lodge for hours and hours, the day passed us by and we tried to make a plan... 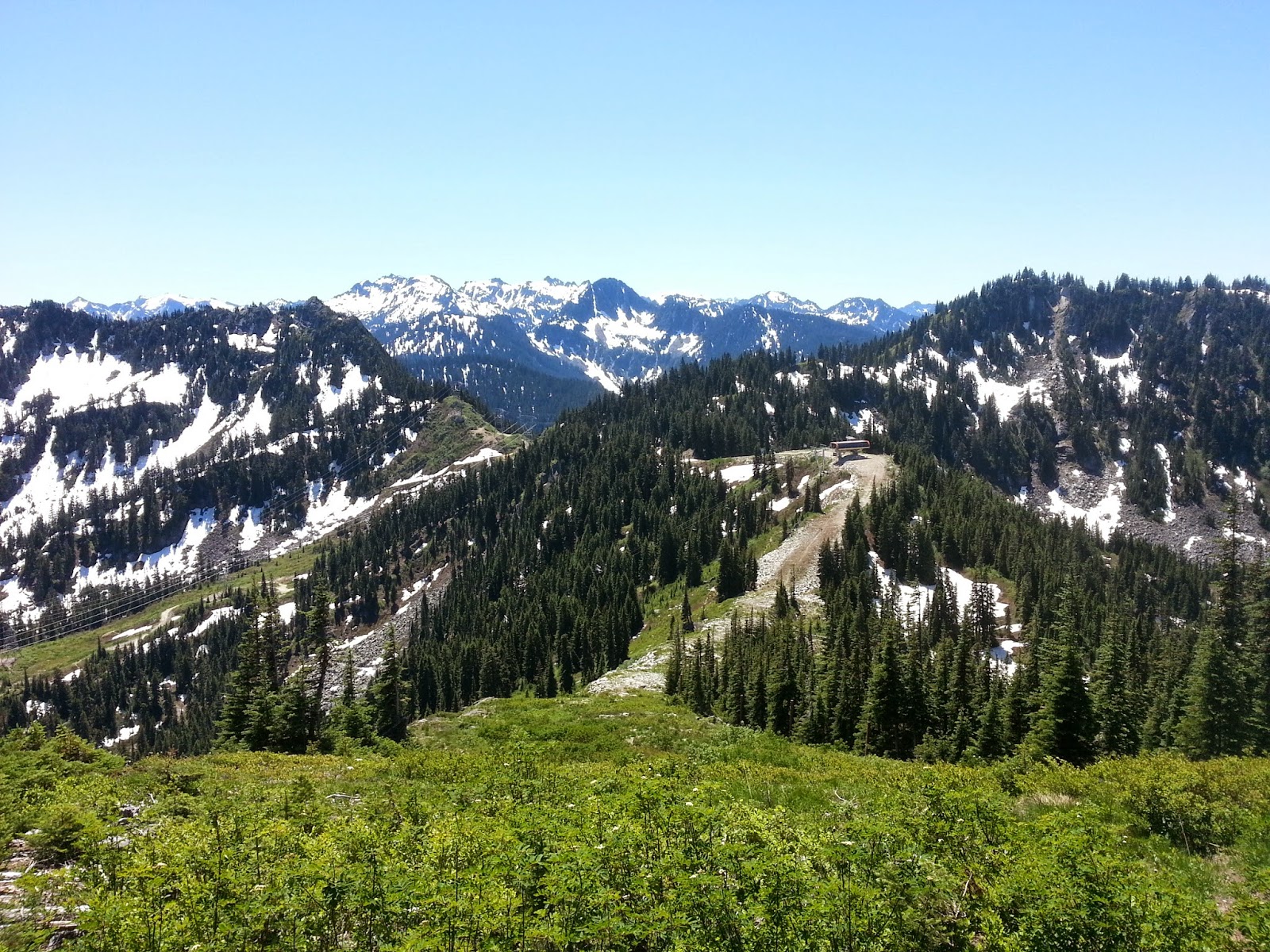