I'm east of Zion in town called Mount Carmel Junction, Utah.  I've been here before! such a cool feeling to revisit a place.

Today was an amazing day, but not without its challenges.  We only slept for two hours last night so we could accomplish what we did today. I drank excessive caffeine this morning as I drove away from Vegas up highway 15. 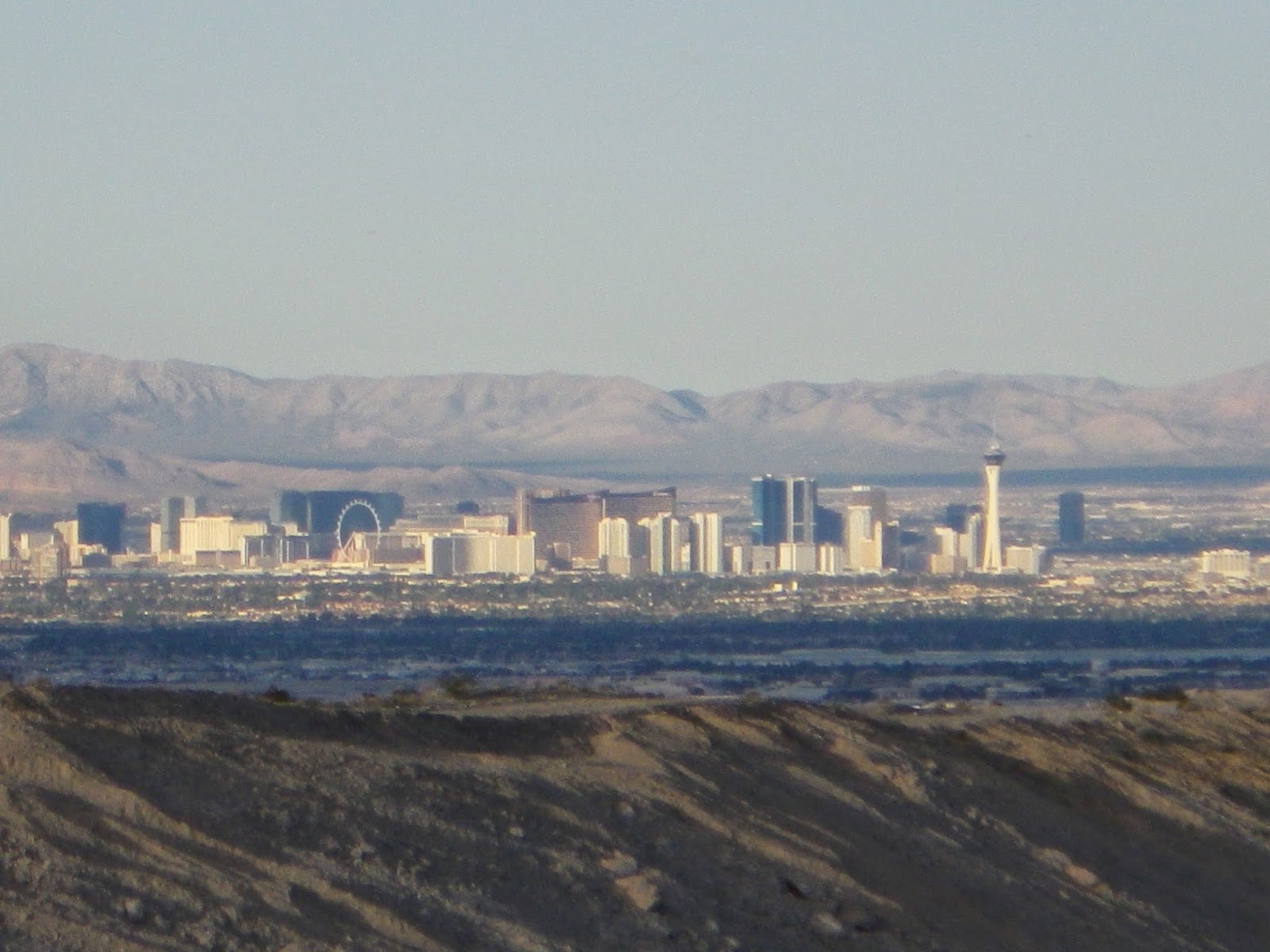 There were incredible cloud formations all across the Moapa Indian Reservation, a spacious desert at the corners of Nevada Arizona and Utah. Maybe it was the caffeine but we were yelling and singing and dancing, I told Maggie I was happier then I ever been as we crossed into Arizona. We were off the wall and giddy about our new adventure.

Then we began following the Virgin River. Such an incredible River, it cuts a huge gorge that the highway follwed to pass through a mountain range. Giant walls of red rock with the black water color wash, a classic scene in Utah, and various layers of colorful sediment. 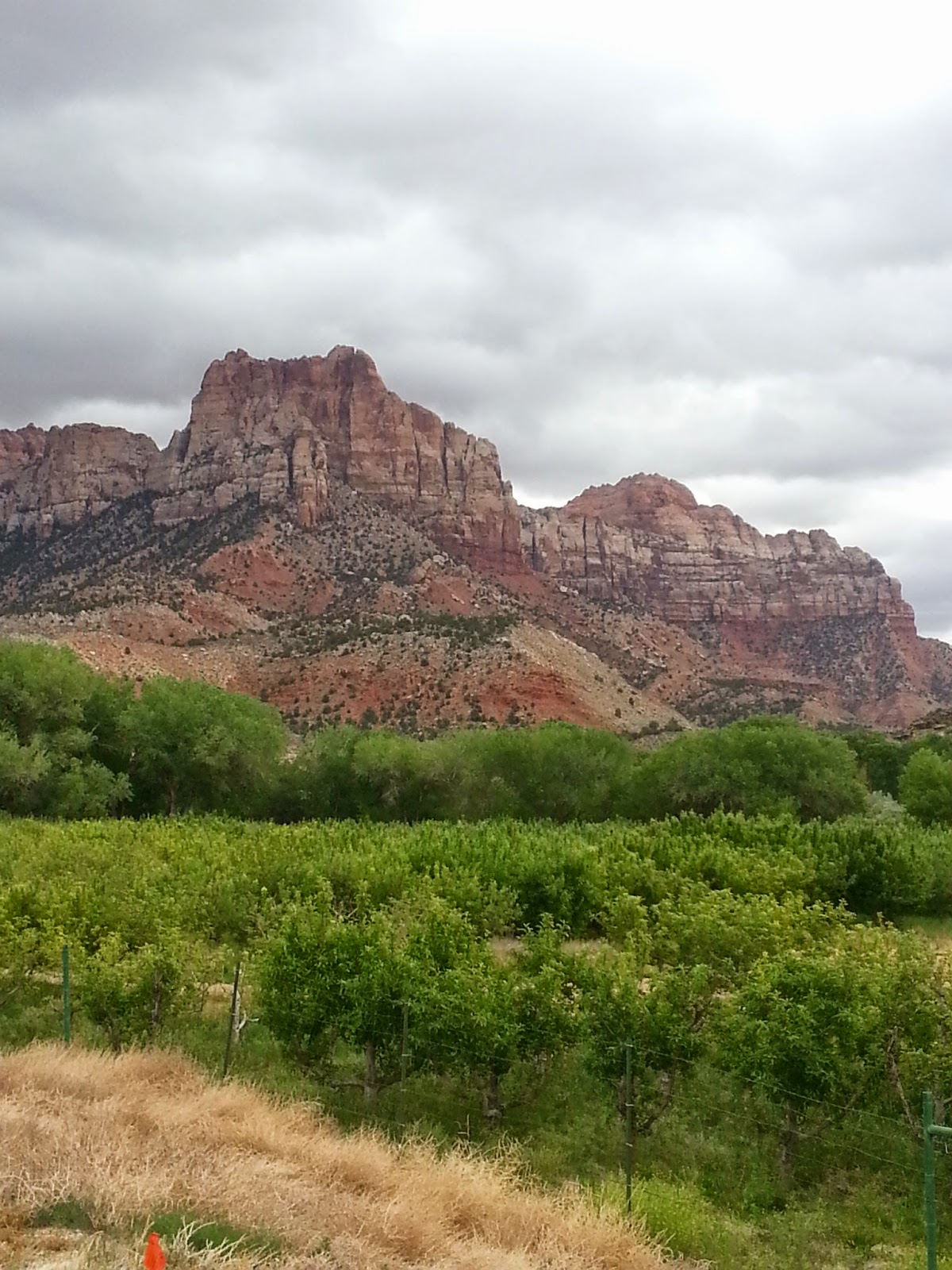 It was sad because the only course for the highway was actually on top of the river. The canyon was so narrow that it had to be dynamited wider to fit the lanes of traffic. Ironically named the Virgin, the river has clearly been raped and polluted by the construction. As my boss remarked on this topic, the river then passes through Crystal, Nevada, home of the "Best in the West" whorehouses. After which it is certainly sullied. No virgin passes through Crystal!

However, we continued to follow the river farther upstream to a much nicer country: Utah!! Finally back! At some point on scenic route 9, the river is virgin again. Untouched by all but the exploitation of the national park. Zion. Hurricane is a very clean and welcoming town. The spring leaves bright green, surrounded by red turrets and spires of rock. Castles around every corner. Storm clouds hung overhead now. We got to Zion and hiked crossed country for a while until we found the sand loop trail. It was raining off and on. We hiked in perfect solitude still extremely happy and enjoying a once in a lifetime view. Ah, Rain in the desert! All the rock monoliths wet, shining in the scattered sunlight. 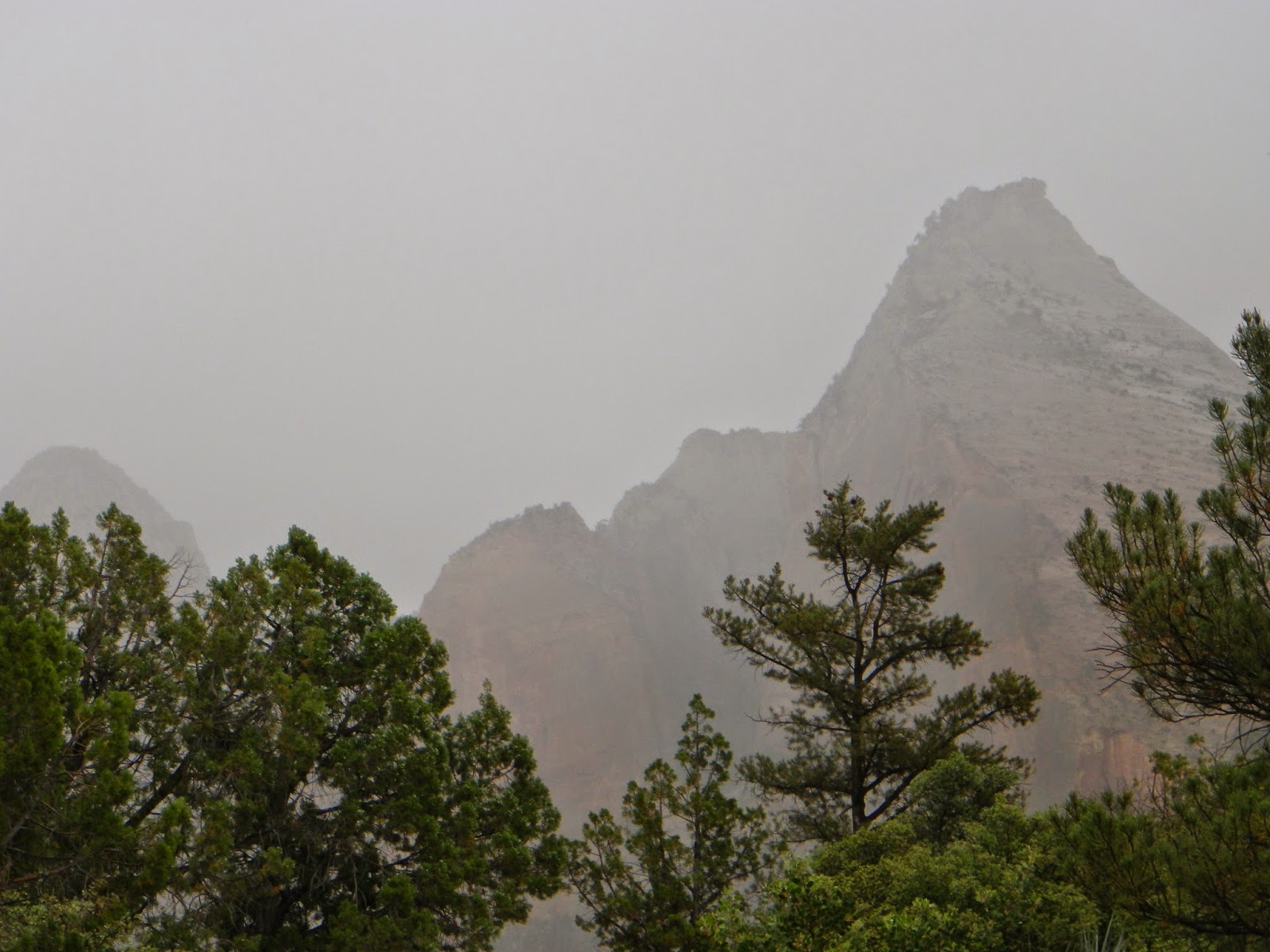 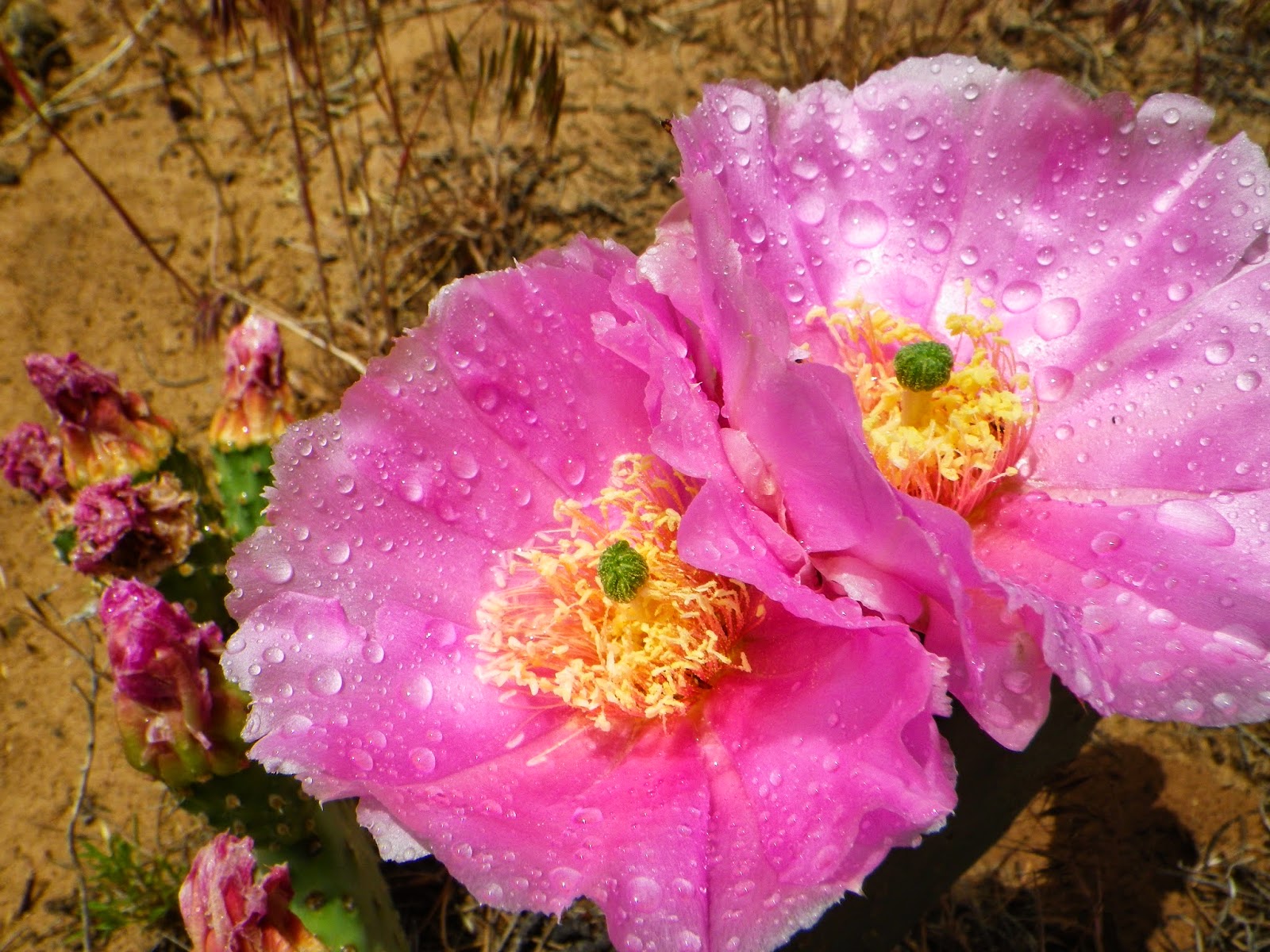 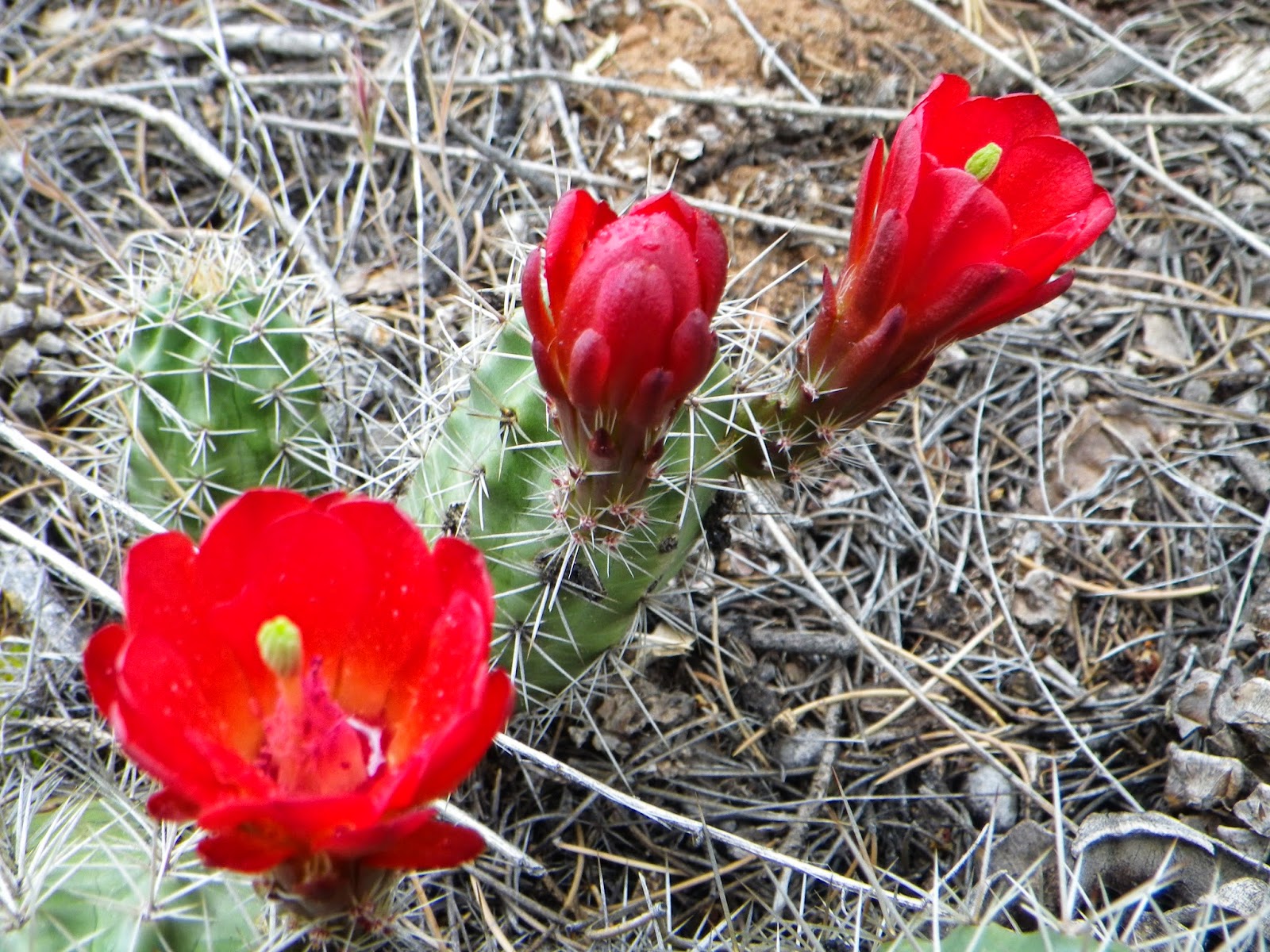 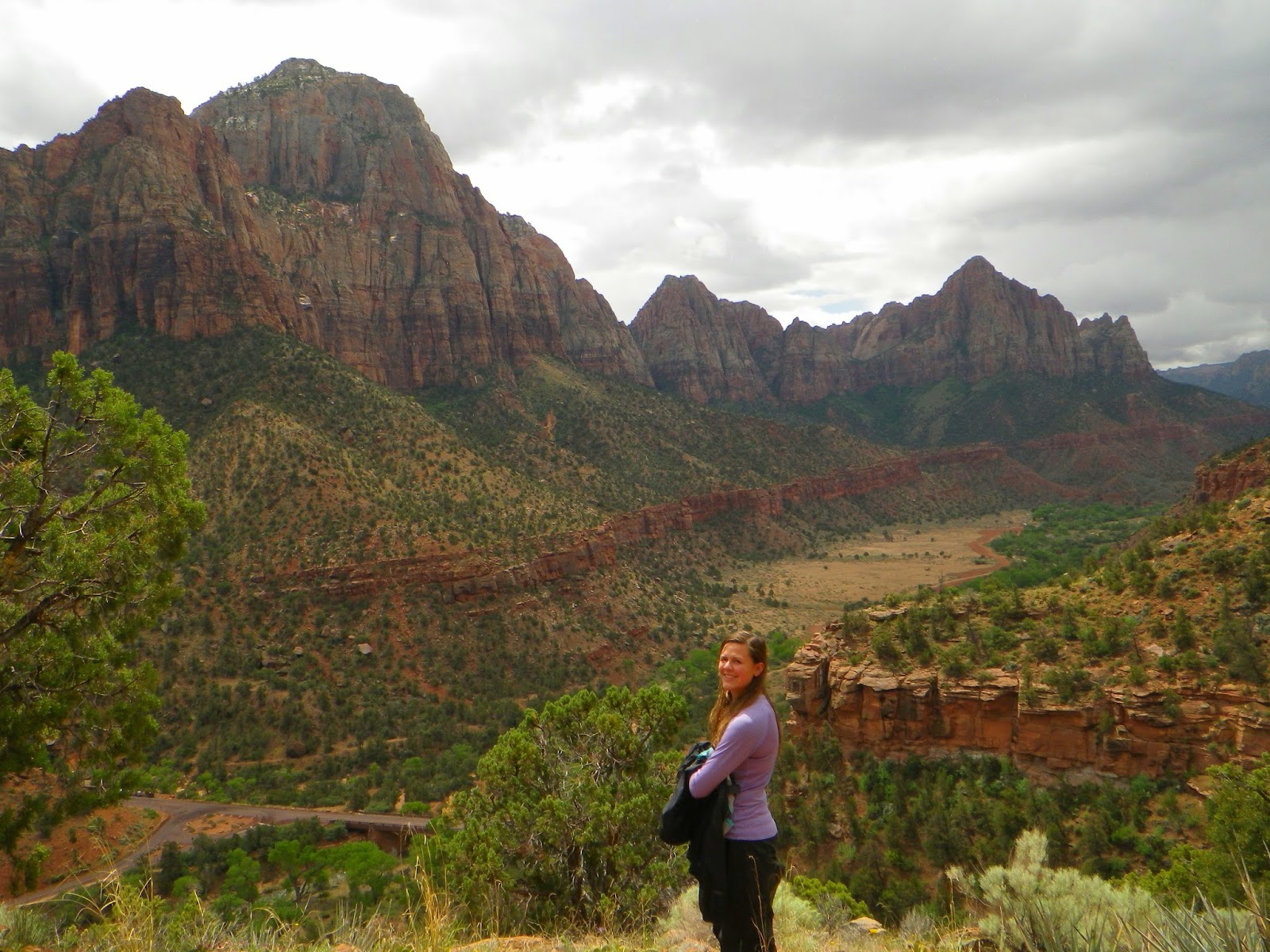 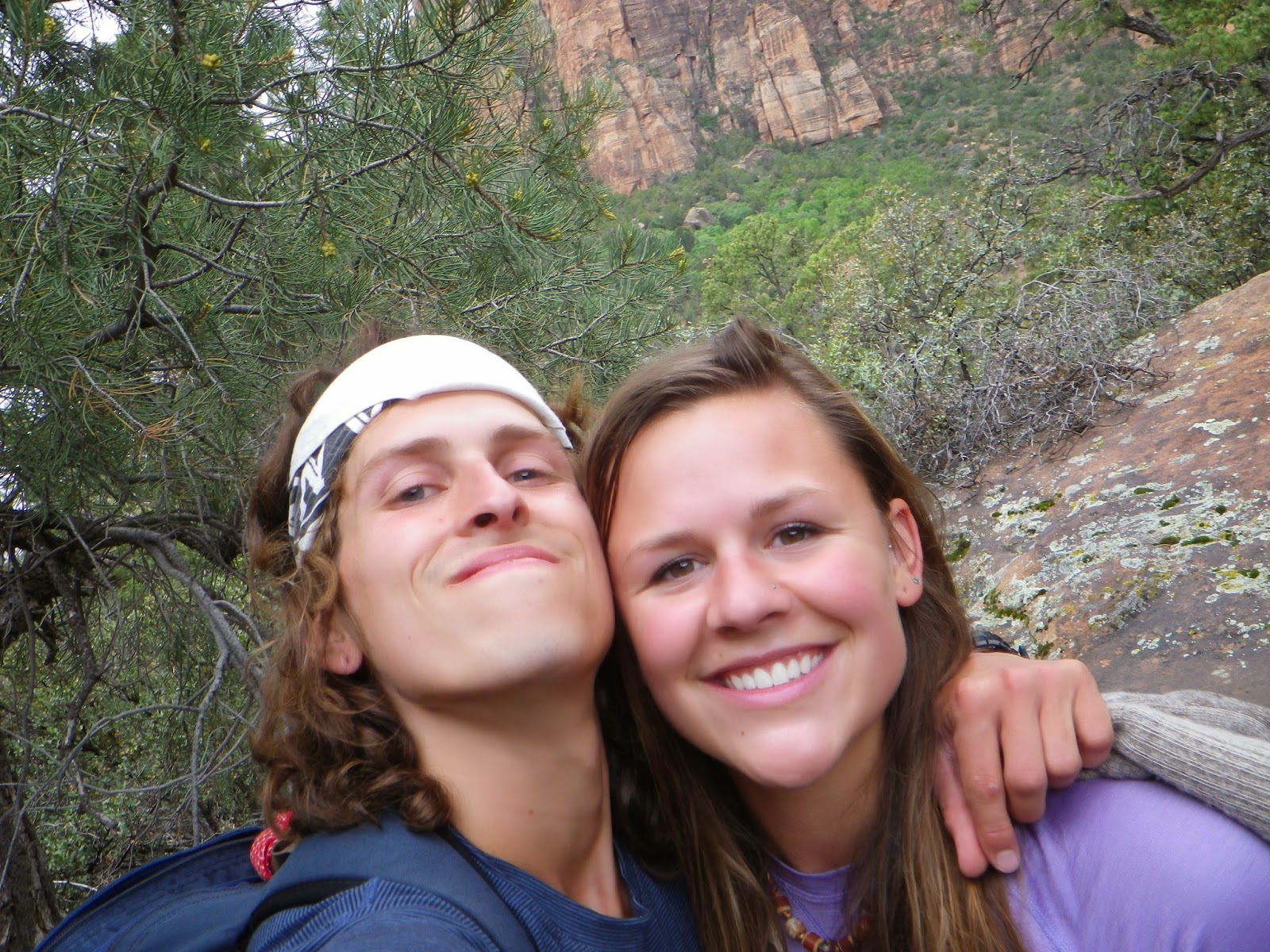 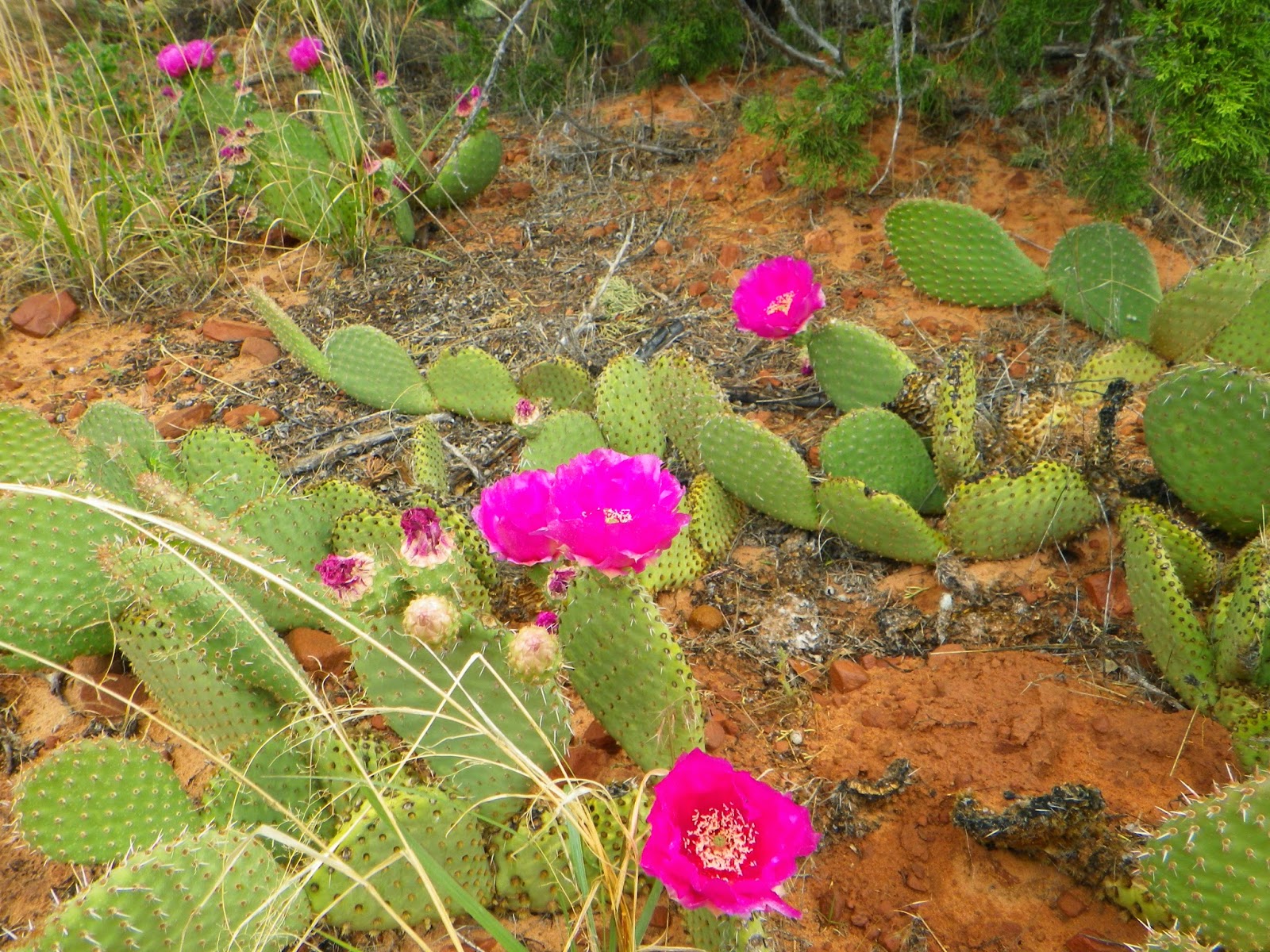 We eventually connected to the tourist trails and went to climb up Angels Landing. A remarkable feat of engineering, this paved trail switchbacks up a vertical cliff face until it ends at a chain that helps tourists climb up this rock. The "angels landing" is ontop of steep and narrow ridge that drops 2000 vertical feet on either side. I've been up it once before and I love it. The ridge is an exposed half mile traverse that is it crowded with terrified tourists death gripping the chain. Its quite a sight! It's not a hard hike though and because of the pavement and chain any idiot can do it. I think it's a beautiful thing to see these inexperienced people being able to stand there and feel the power of the beauty of the earth in some attempt to educate themselves of it. Good for them! 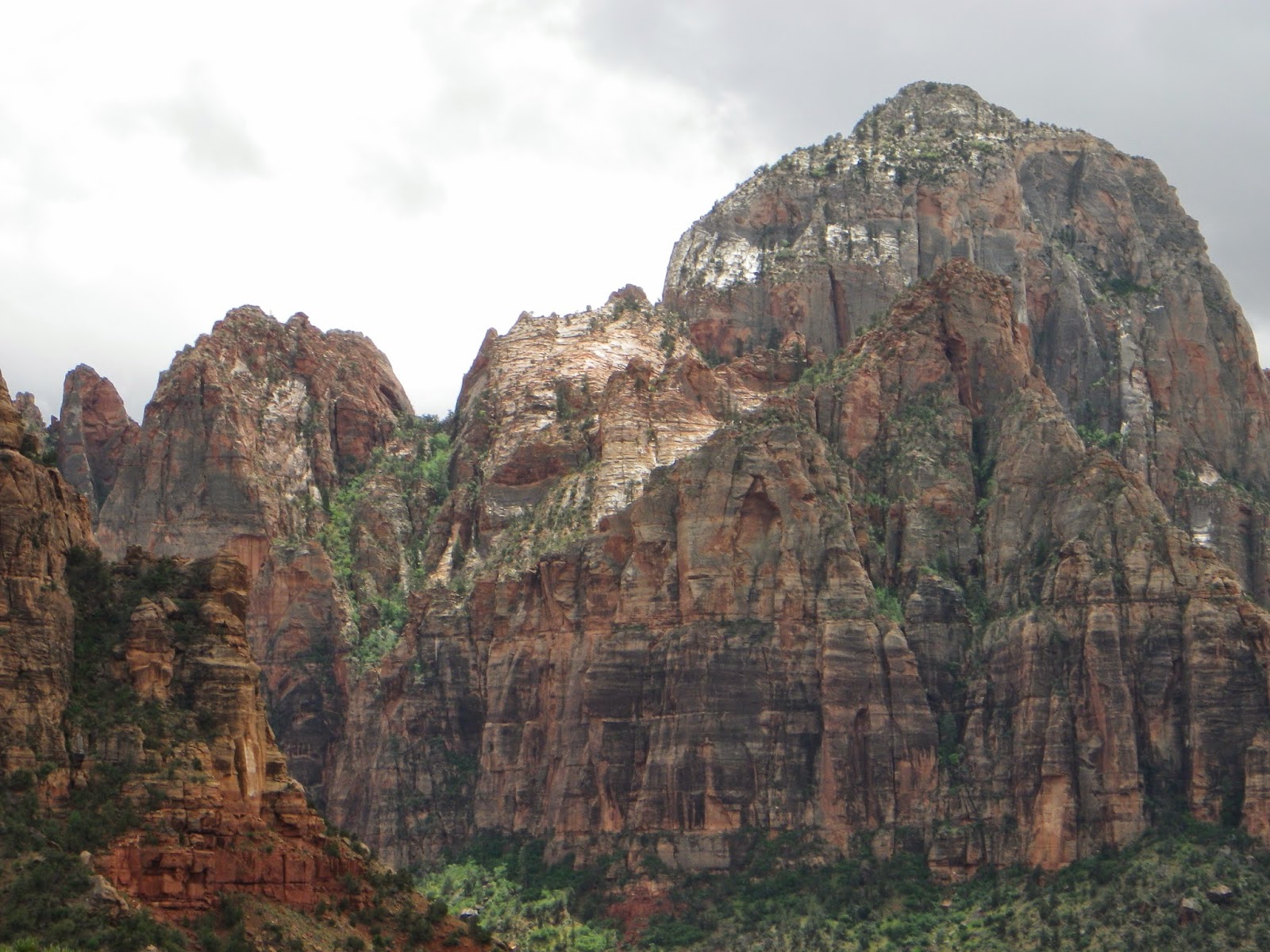 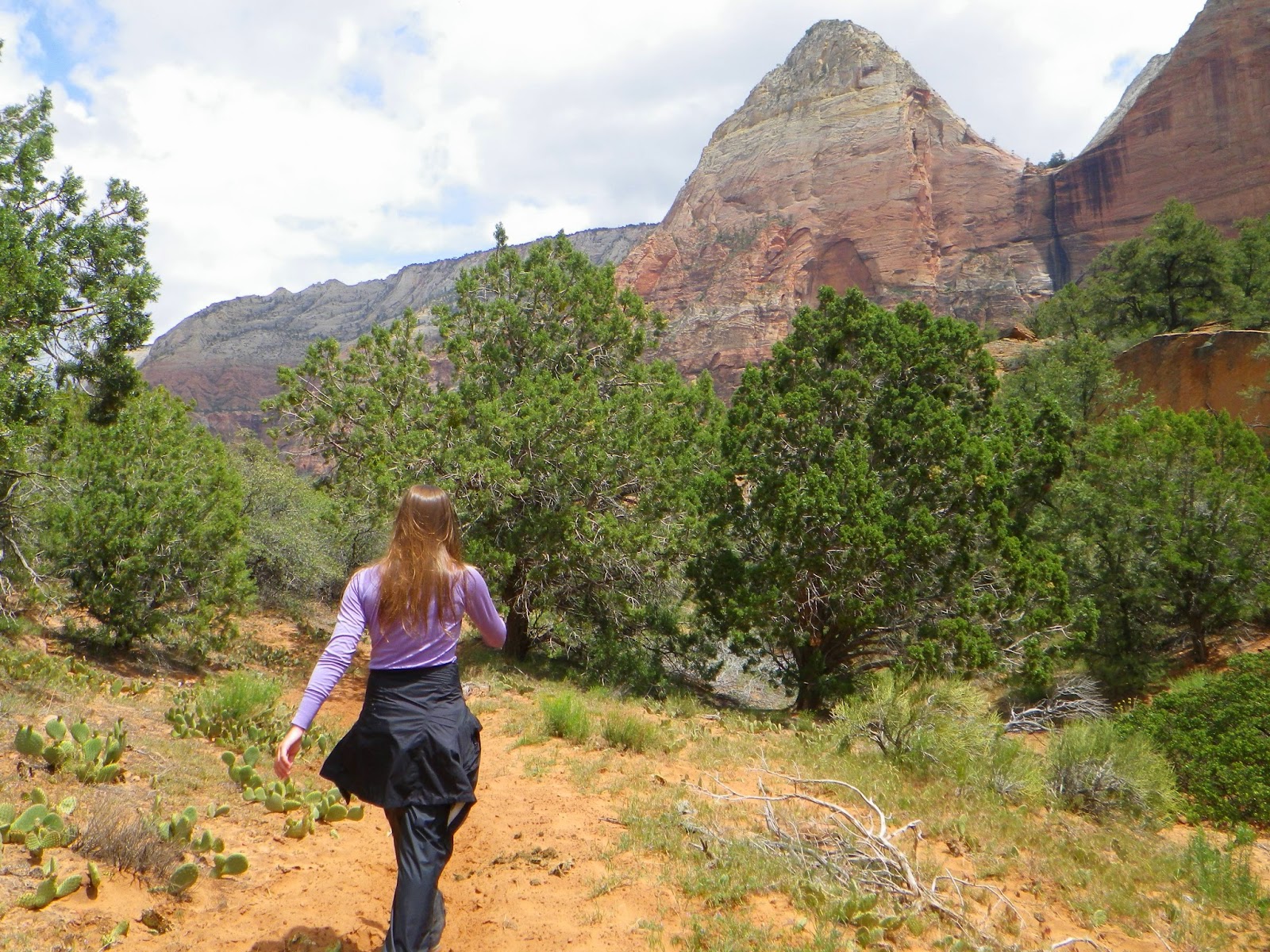 Either way when we got there it started really raining on us and the much less crowded than usual traverse looked especially epic and terrifying. 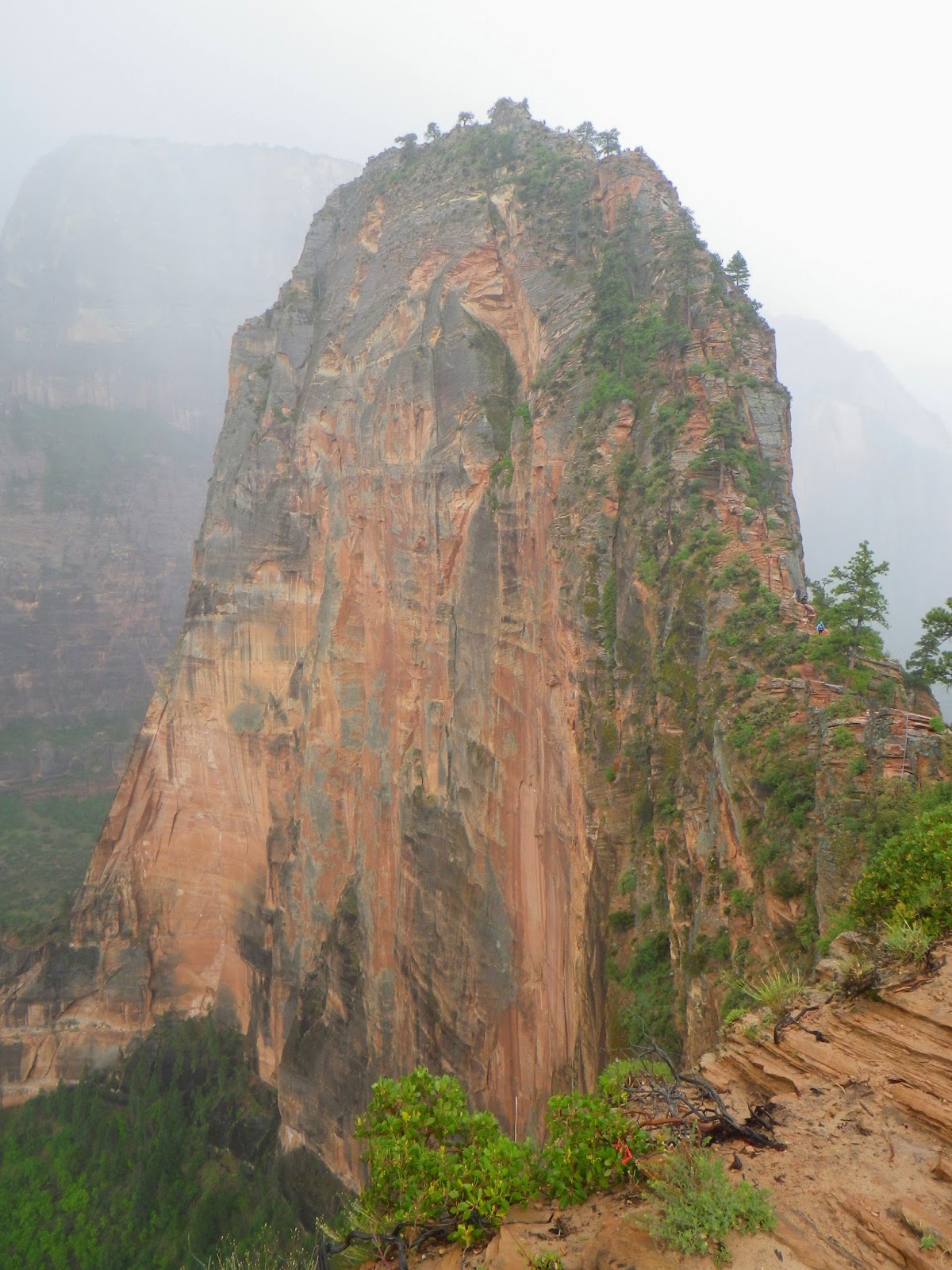 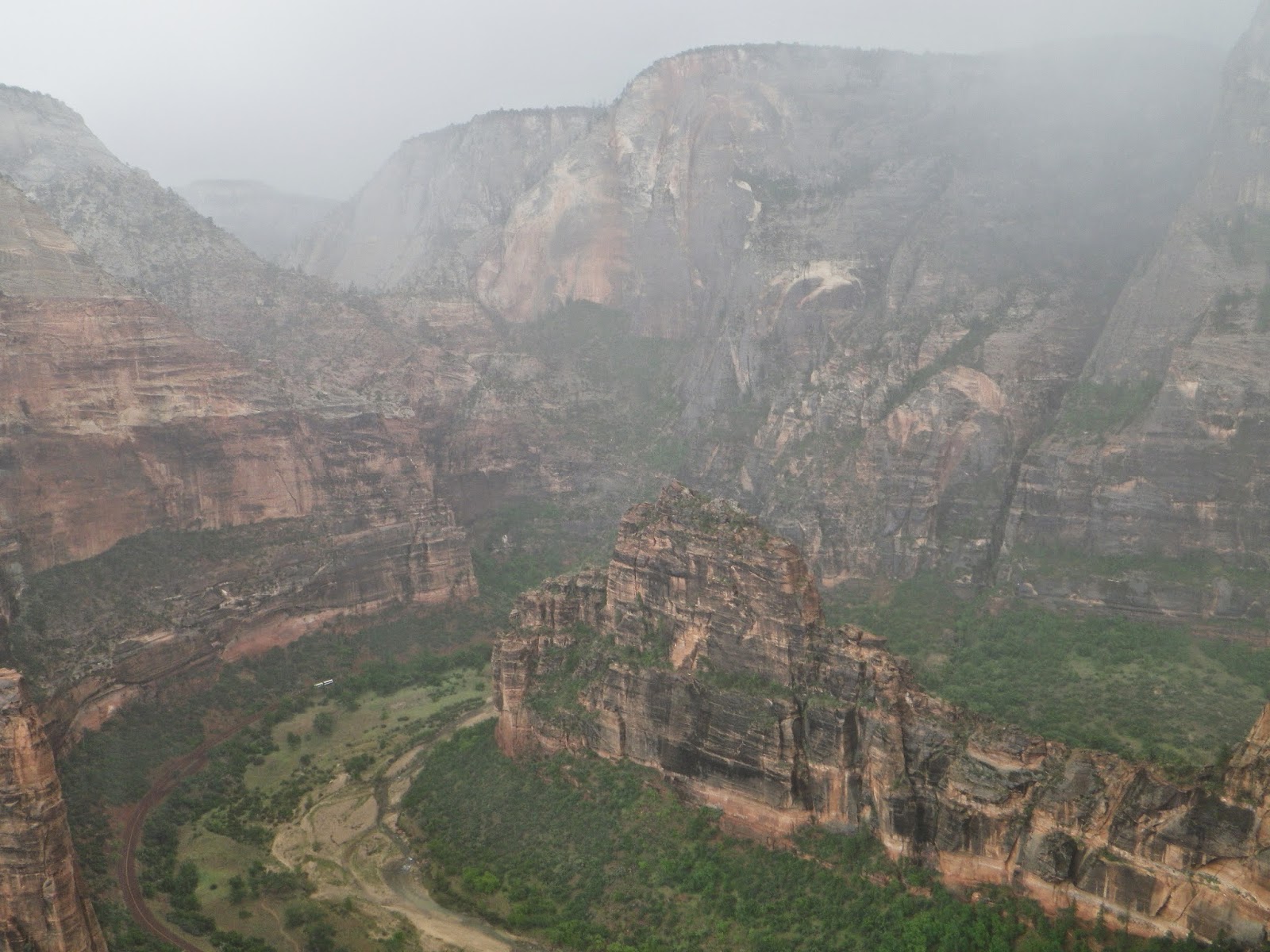 The rocks were slippery and the chain was cold. Maggie put her foot down, we are NOT going up there! Fine by me, by now I was hungry, tired,  wet and freezing. Now we're both still very happy but feel like we were hit by a bus. We feel accomplished, we hiked 10 miles one way through Zion. It continued to rain on us until we we're soaked through and chilled to the bone. Still warming up. I played a piano in the hotel there. It's like 40 degrees here and I'm freezing coming fresh from death valley. Time to go find a spot to crash, I know just the place. 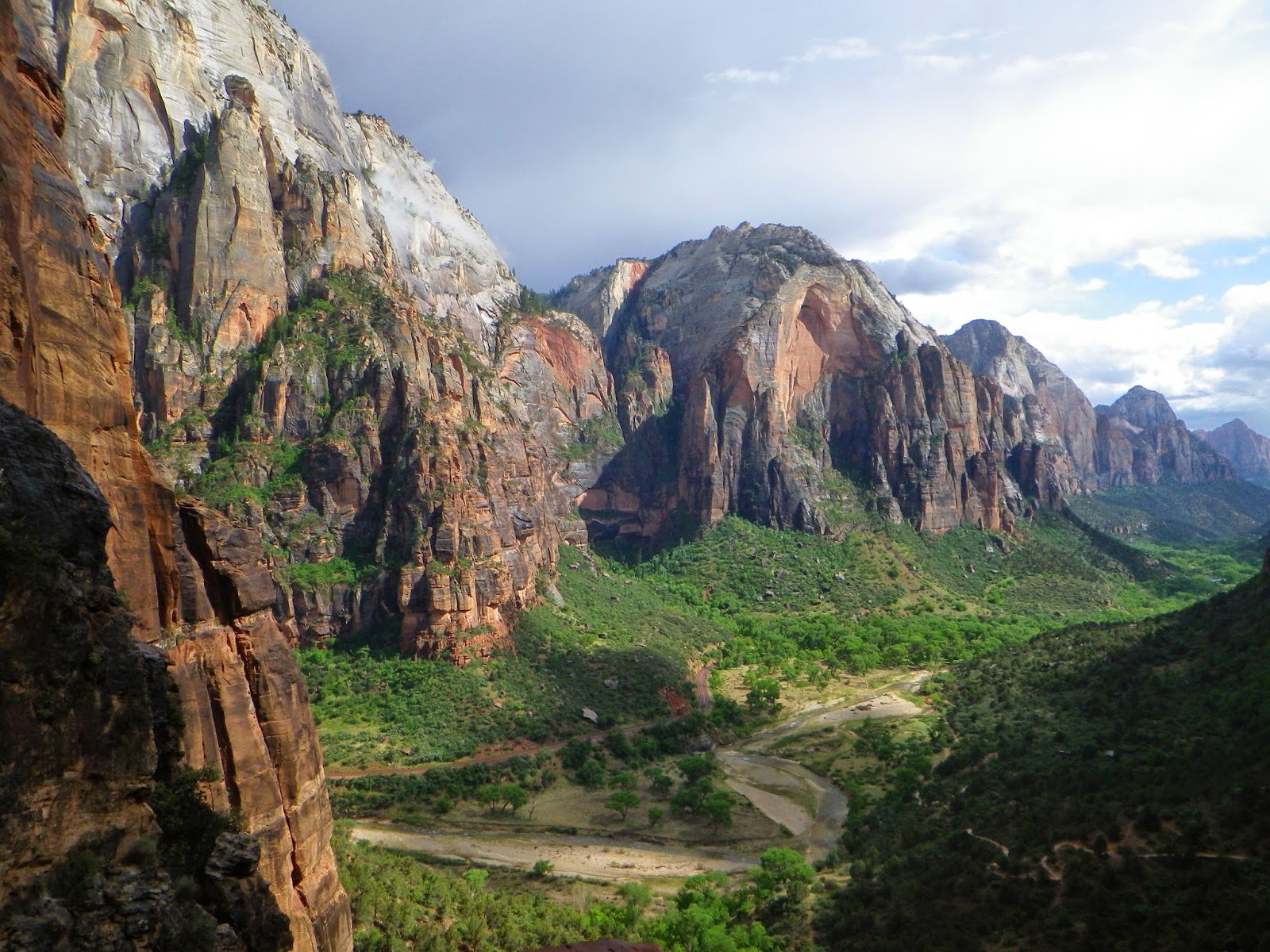 Ok P.S.  THEN I had an impossible time with the internet and while i was screwing around in town it got dark on us. Finally, exasperated i gave up and now drove onward, away from my nice but out of the way spot, and wound up at a  highway rest stop in the rain. At 6000 feet in the Dixie national forest, it got well below freezing and we woke up real cold. All the same today we're well rested, successful, and onward to new adventure. Drove through a beautiful snow dusted world this morning. 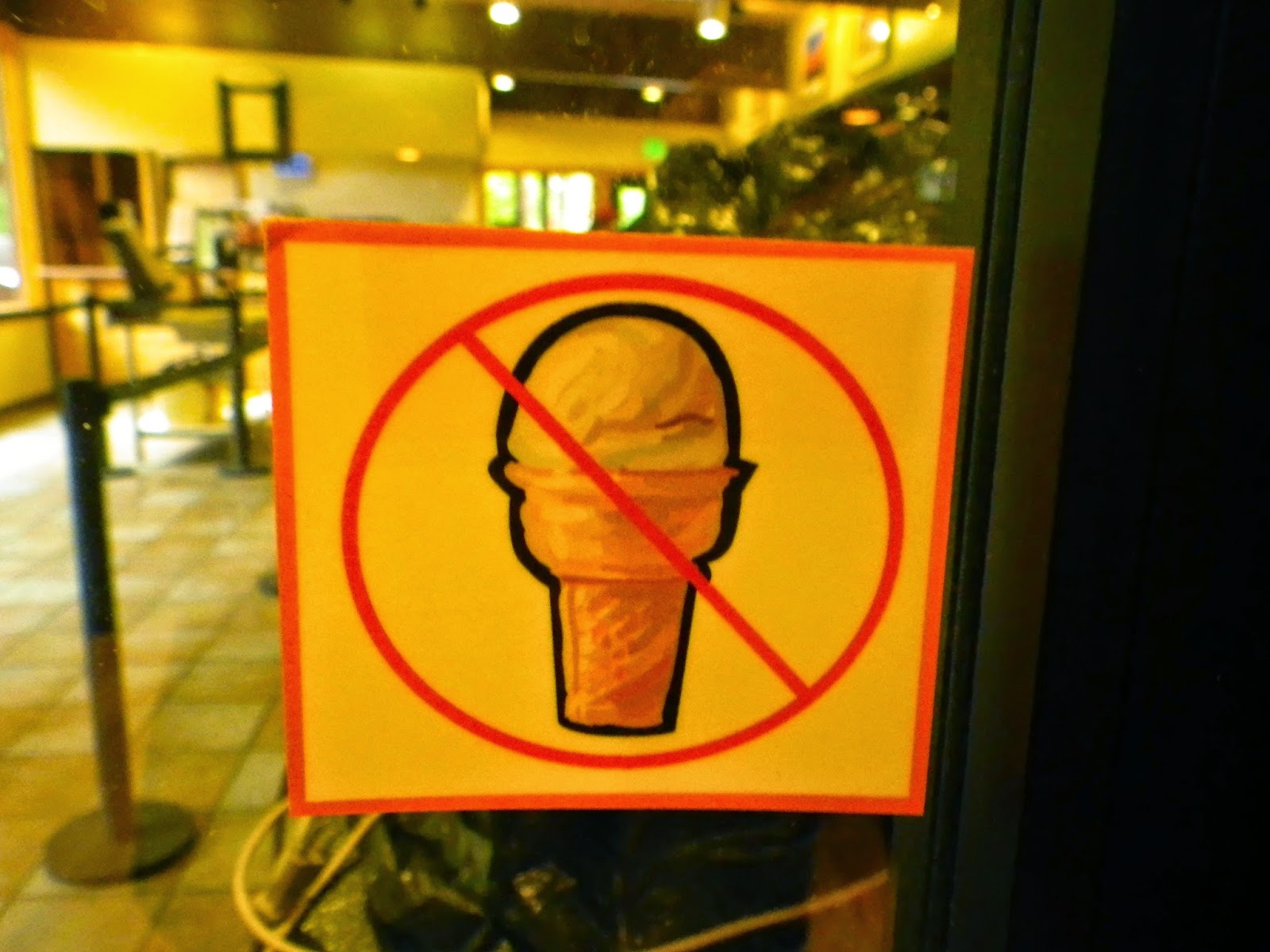