This has been a magical time so far. We awoke early this morning to a cool canyon, the sunlight yet unable to enter it depths. At some point we got moving. We were hiking further up the canyon. Having to cross the stream over and over was easier the afternoon before when the place was warm. I was barefoot for lack of proper footwear and the sand and dirt we hiked in was soft. Only the occasional thistle or cactus would bother me. Maggie wore her trusty Chacos and was a lot better off. Now the sand was really cold so I kept having to put my shoes on, then take them off for the river crossing. The morning was clear and beautiful but cold and my feet were getting numb. 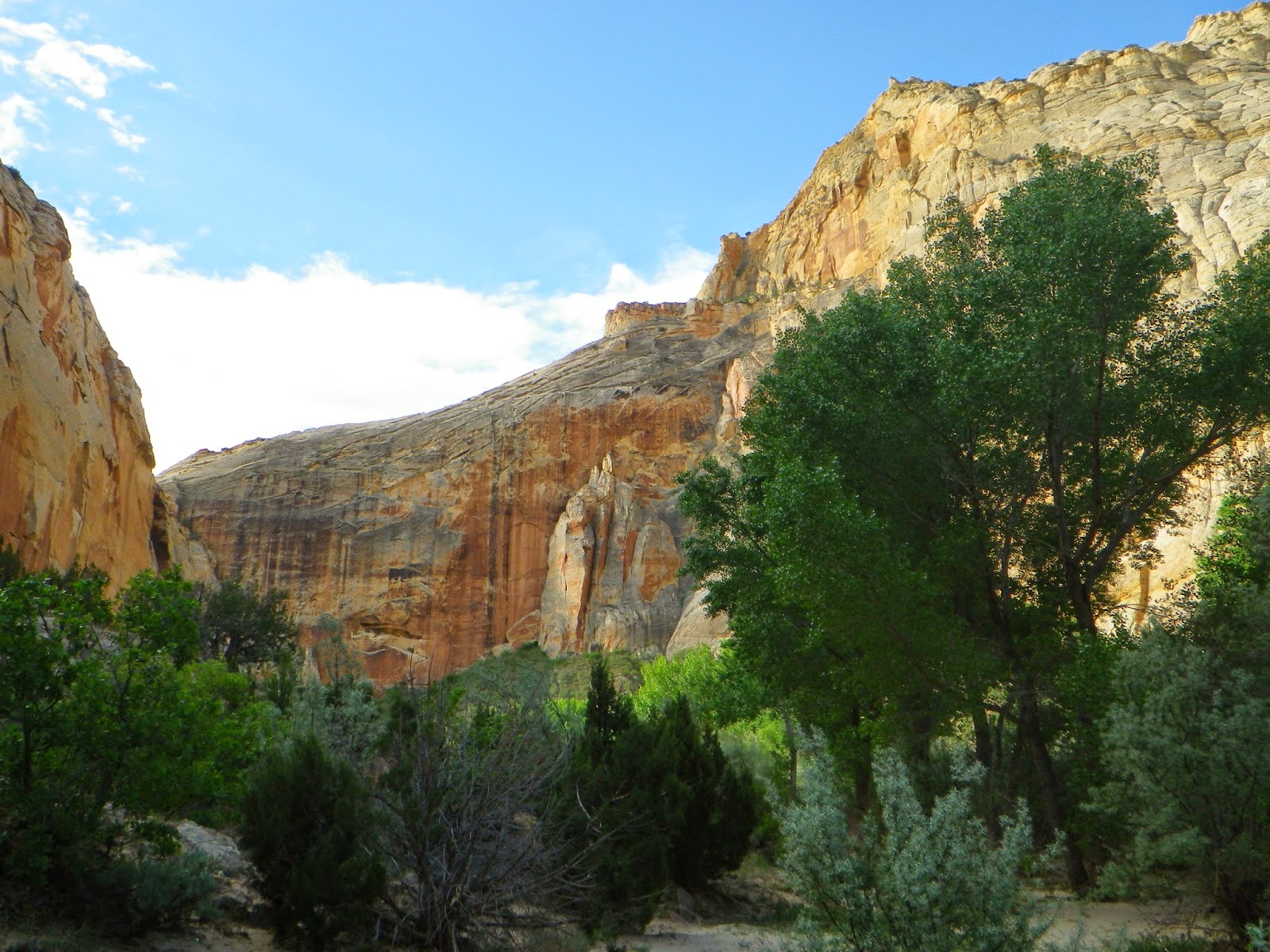 About 9:30 The sun came out in a big open sandy clearing beneath a huge rectangular cliff. We saw the first rays of morning sun in the canyon and ran for their warmth. 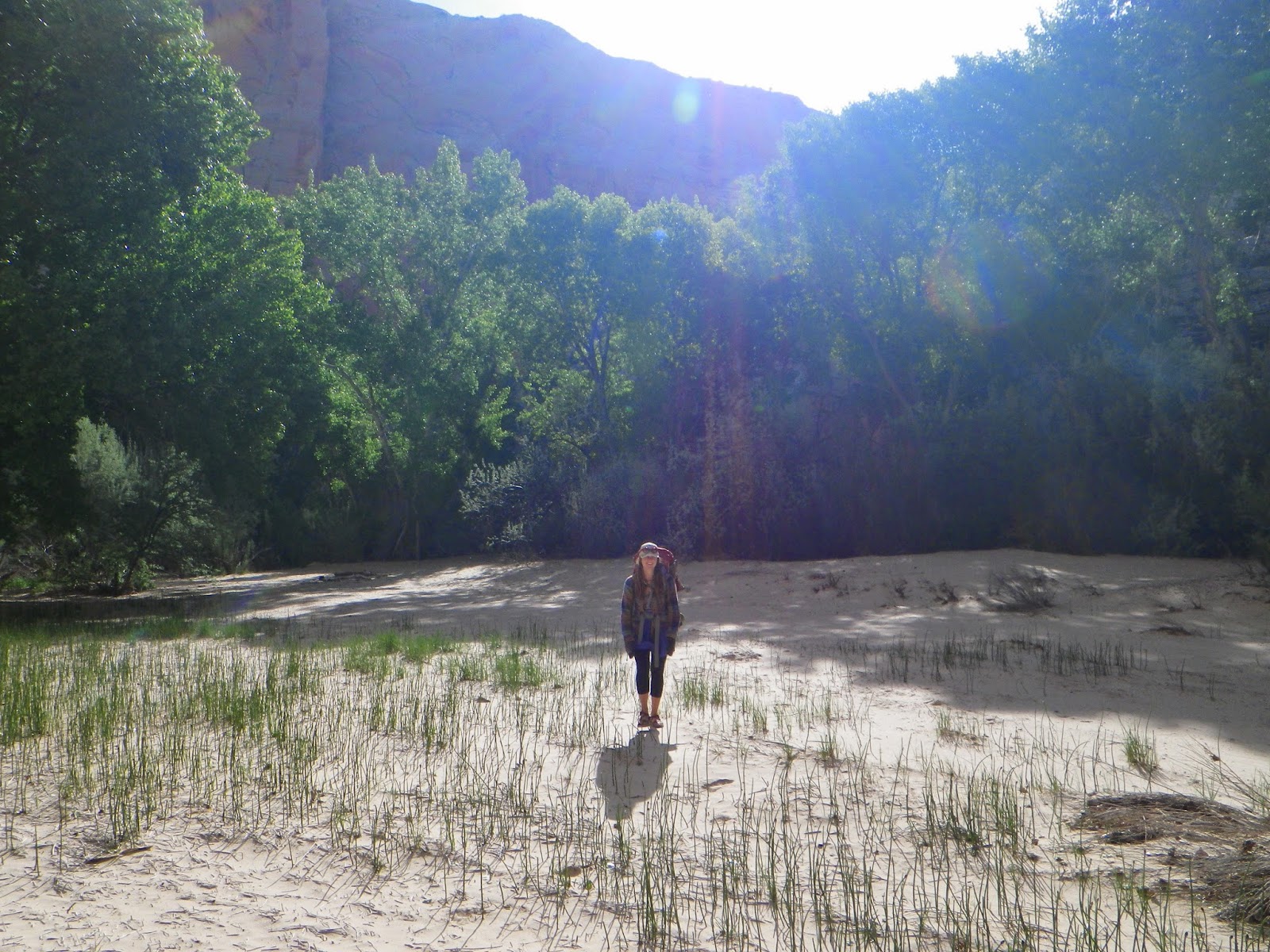 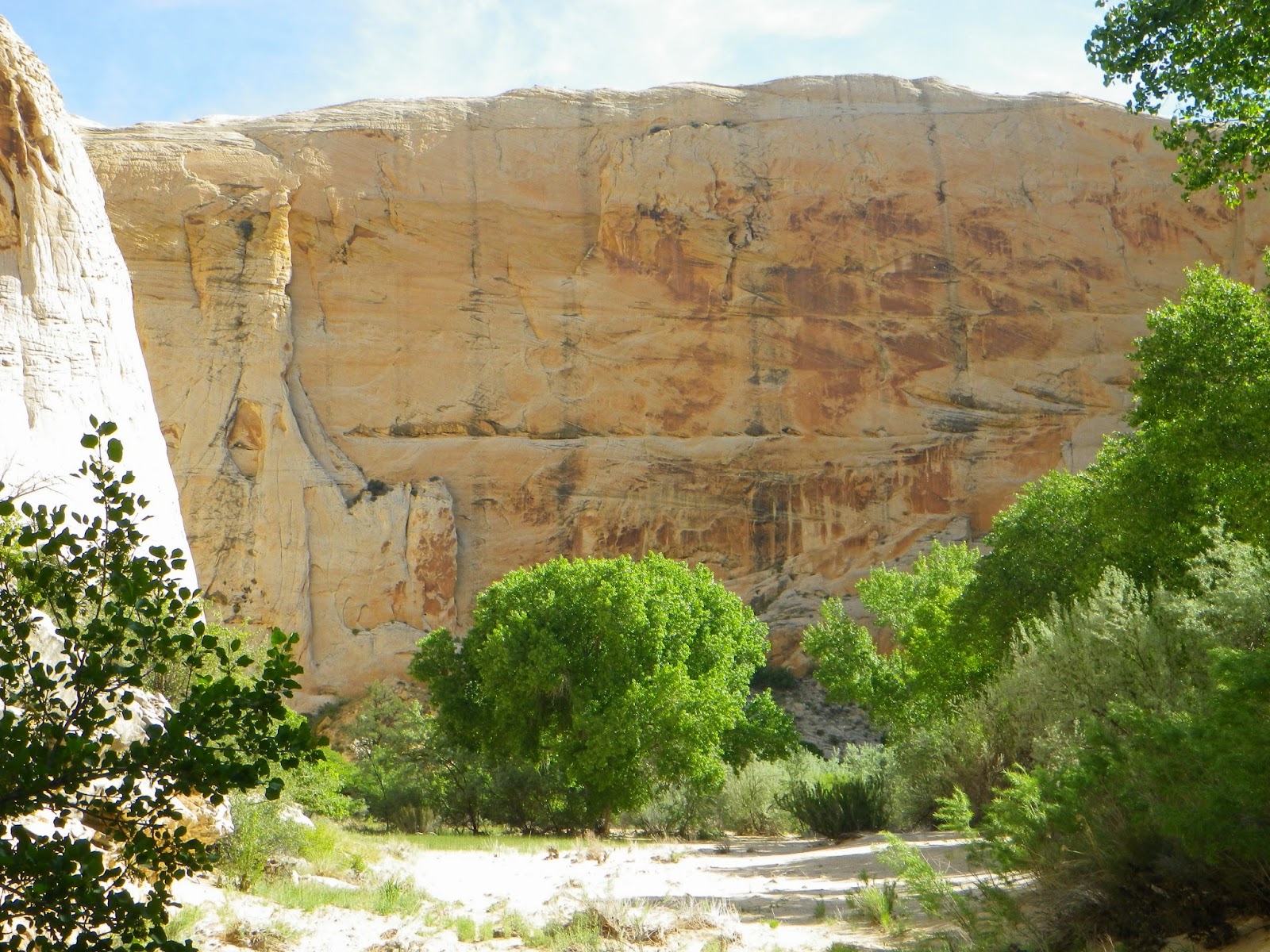 Wow the sun was powerful and we rested quietly in it. We ate more chocolate and our feet quickly warmed in the sand. A gentle breeze blew through the vibrant green trees that clogged the bottom of this lofty canyon. Little bits of cotton slowly moved through the sunlight between the trees and through the clearing where we sat. 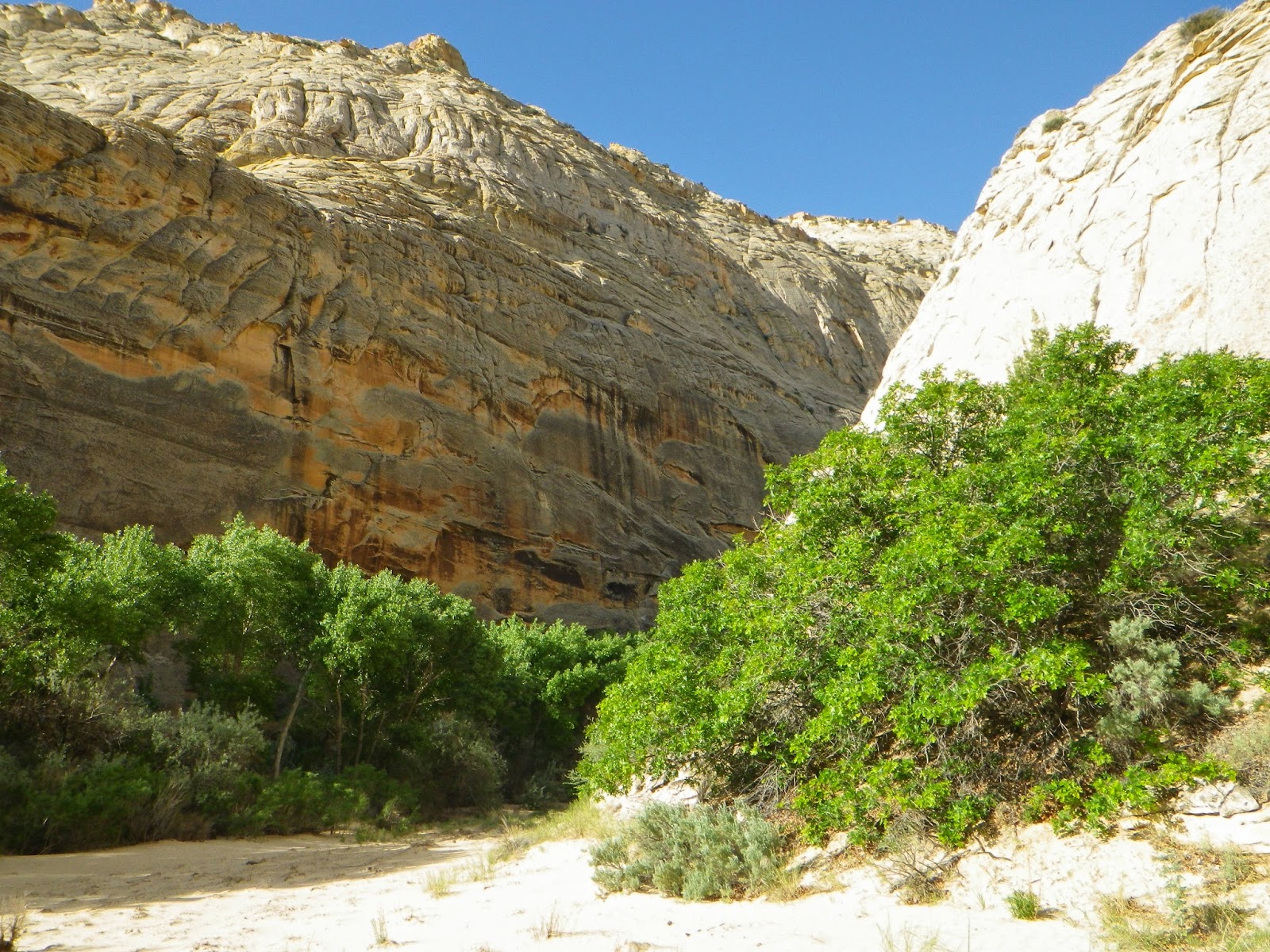 We hiked farther up the Escalante until we abruptly turned around. The walls were narrower now and the trail nearly gone. With the sudden arrival of the sun the place had warmed up surprisingly fast, my feet were no longer cold in the sand. Utah's harsh, it's hot in the sun but freezing in the shade. Death Valley is a little different, it's warm in the shade and ridiculously hot in the sun! 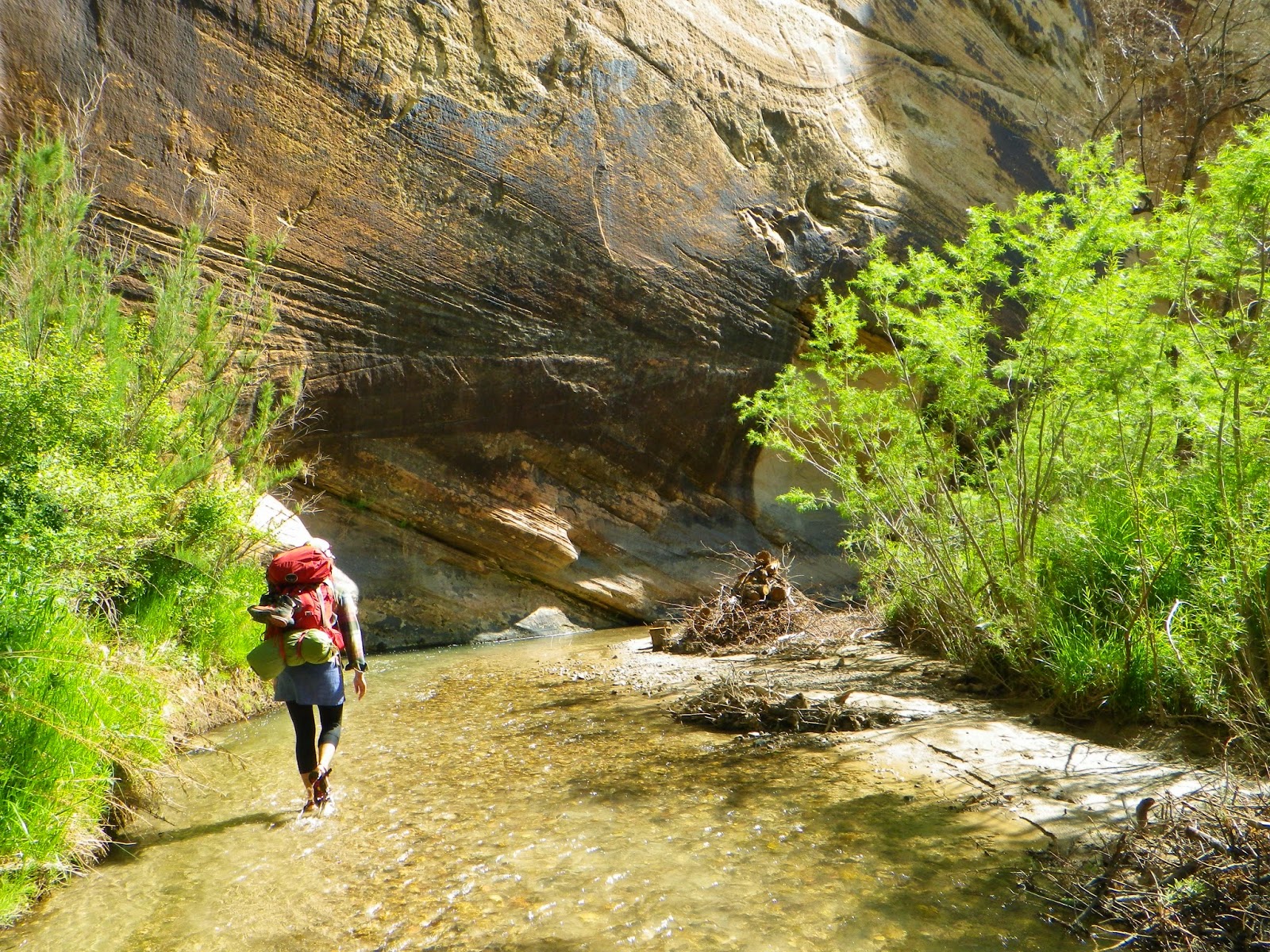 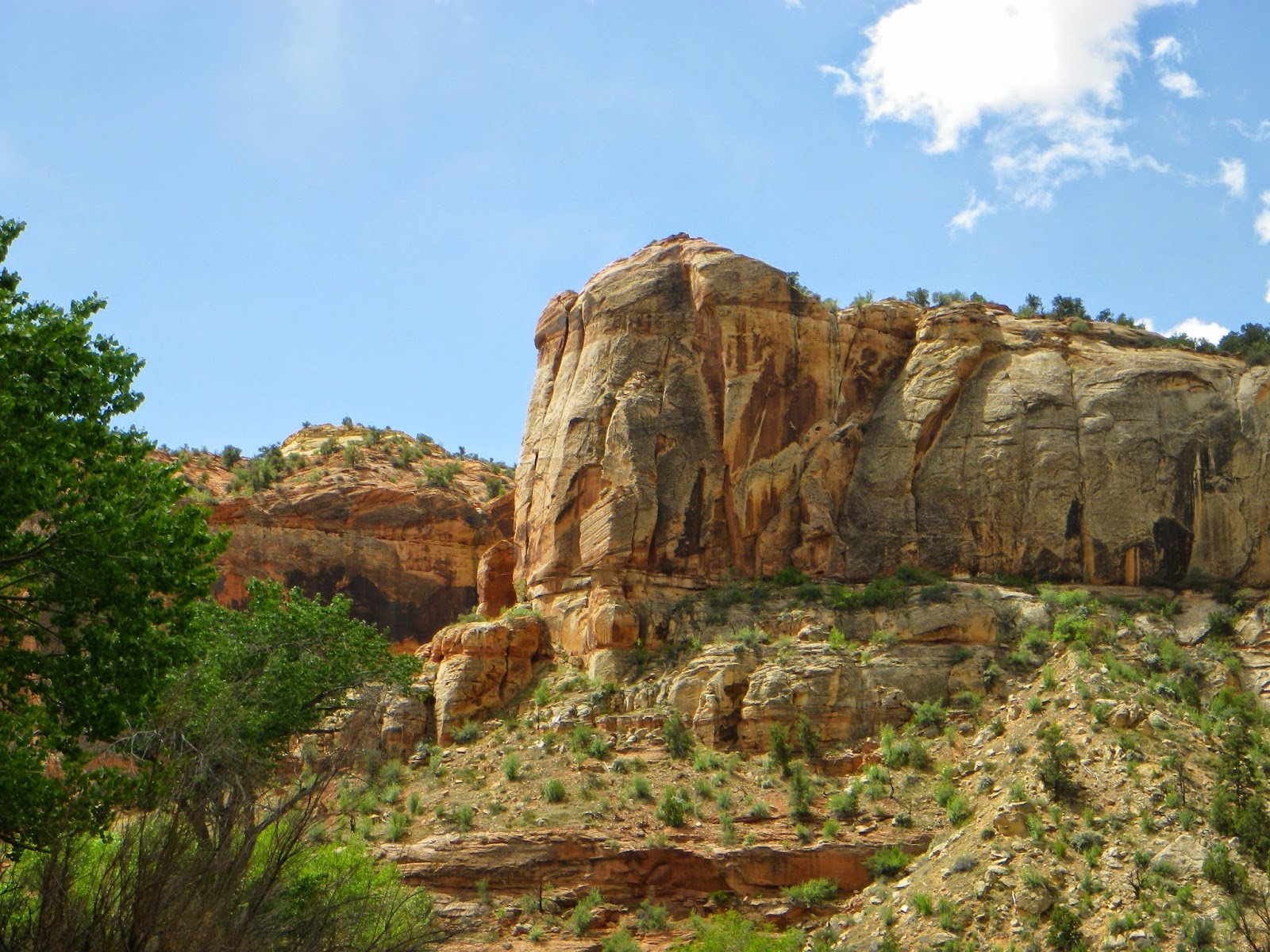 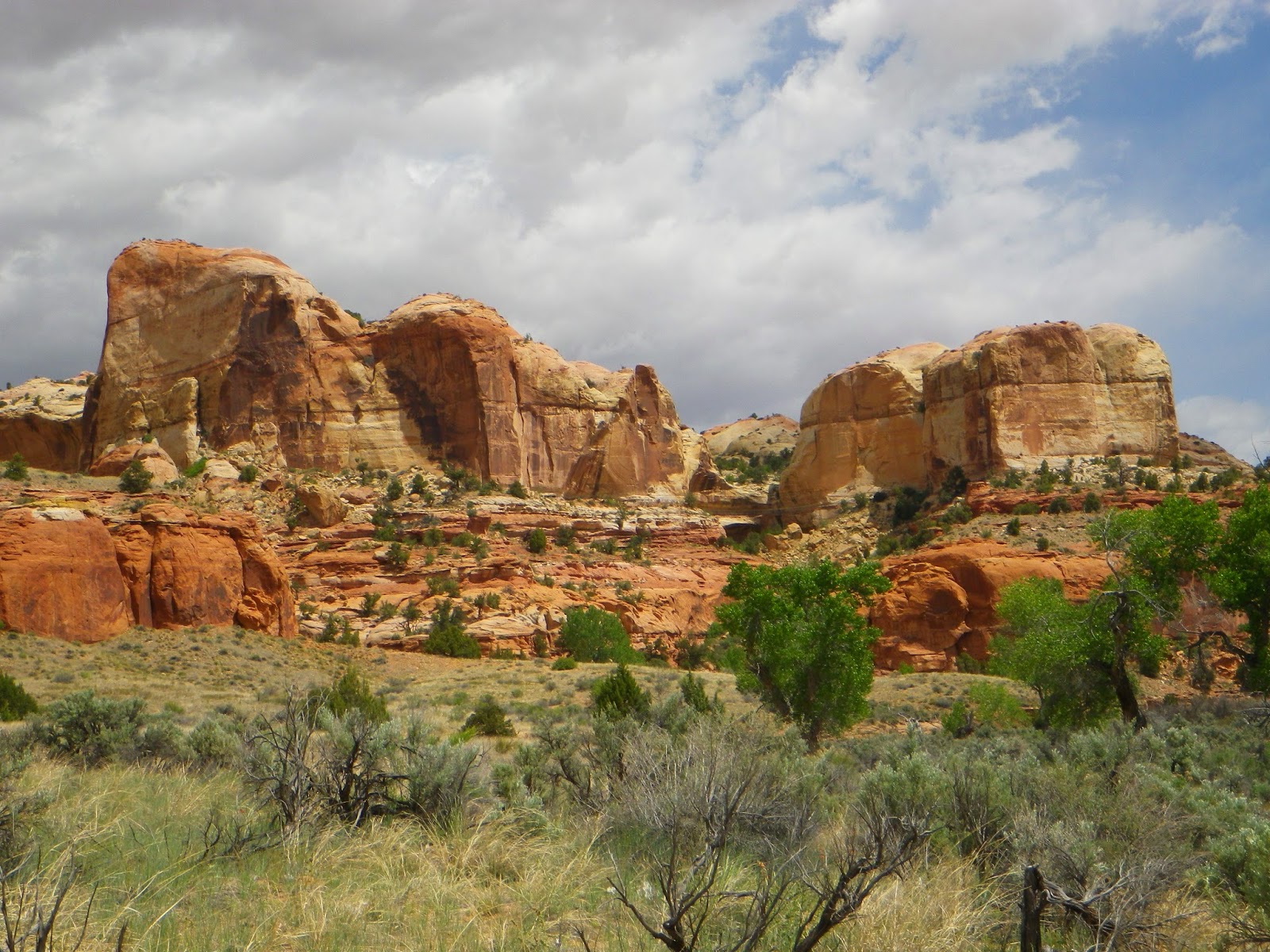 So we hiked out. Took a few hours, we probably did about 10 miles. Then we drove one of the most scenic roads in America. The first part of it winds on top of the world going to Boulder town. White rock canyons slice deeply down along either side of the road. We sat at a scenic pull out for over an hour cooking. We had beets and black beans, peppers and onions, rice and quinoa and almonds, sauced with maple syrup, brown sugar, vinegar and garlic cholula. It was freakin amazing. 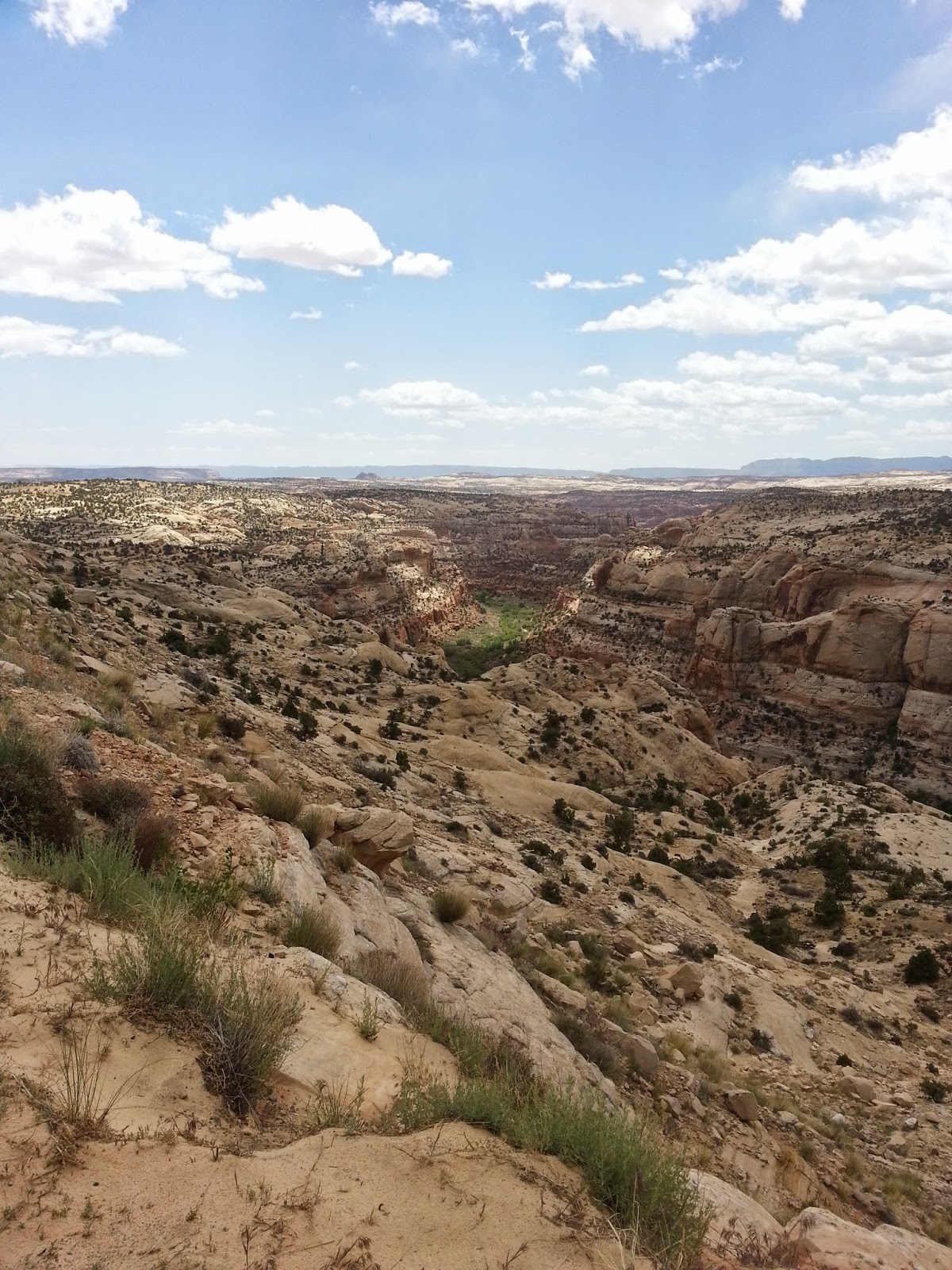 We got back on the road and drove the Burr Trail, possibly the most scenic road I've ever been on. At least the most scenic road I've been on today! I pooped on a cliff looking down across a vast desert chopped by mesas and rock reefs, the Henry Mountains ominous, looming in the distance behind the mazes. Certainly the best view I've ever had from a toilet. The Henry's were the last discovered mountain range in the lower 48, and it's easy to see why; all these rocks, canyons and valleys in the way. They're well guarded. 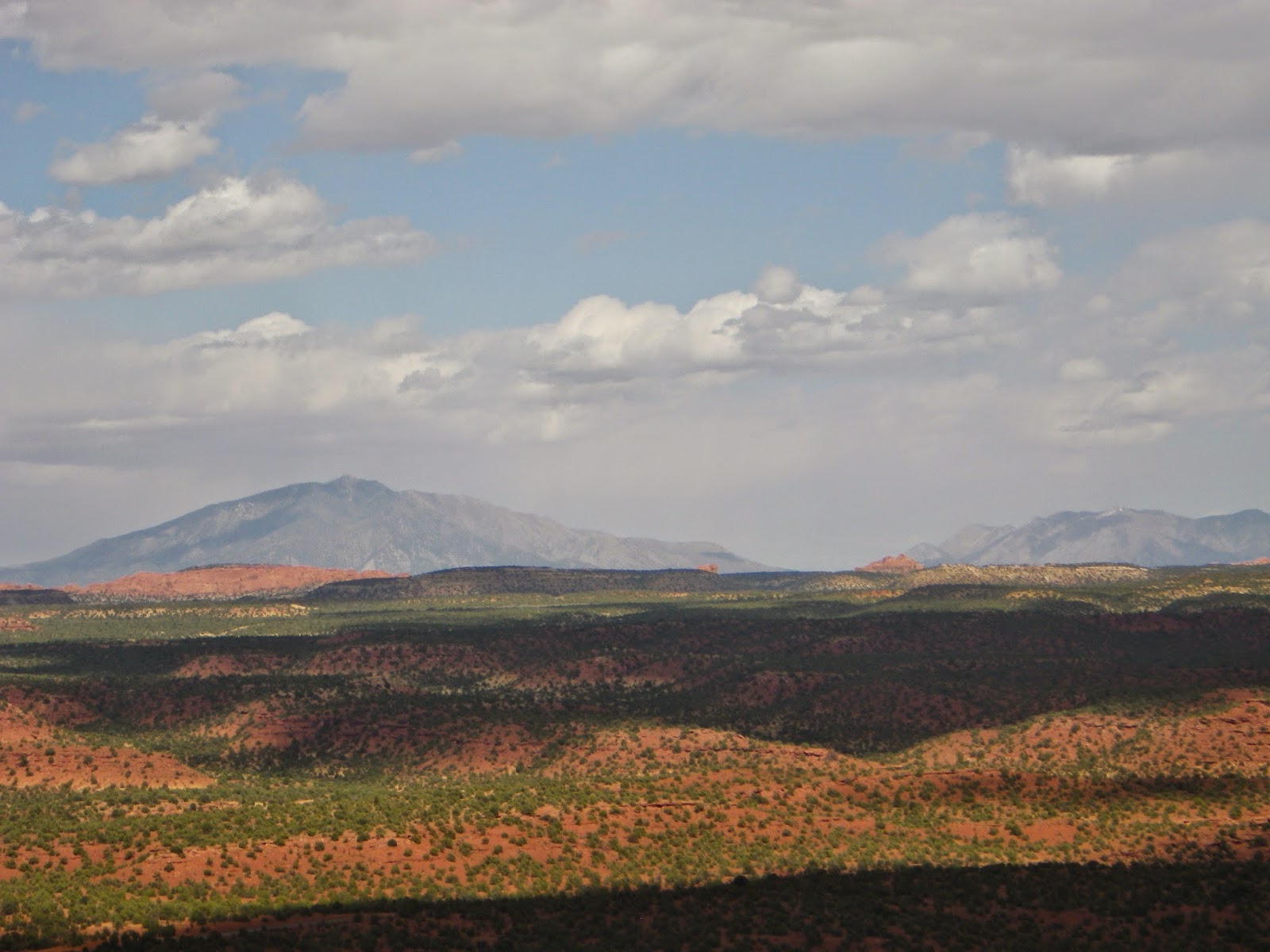 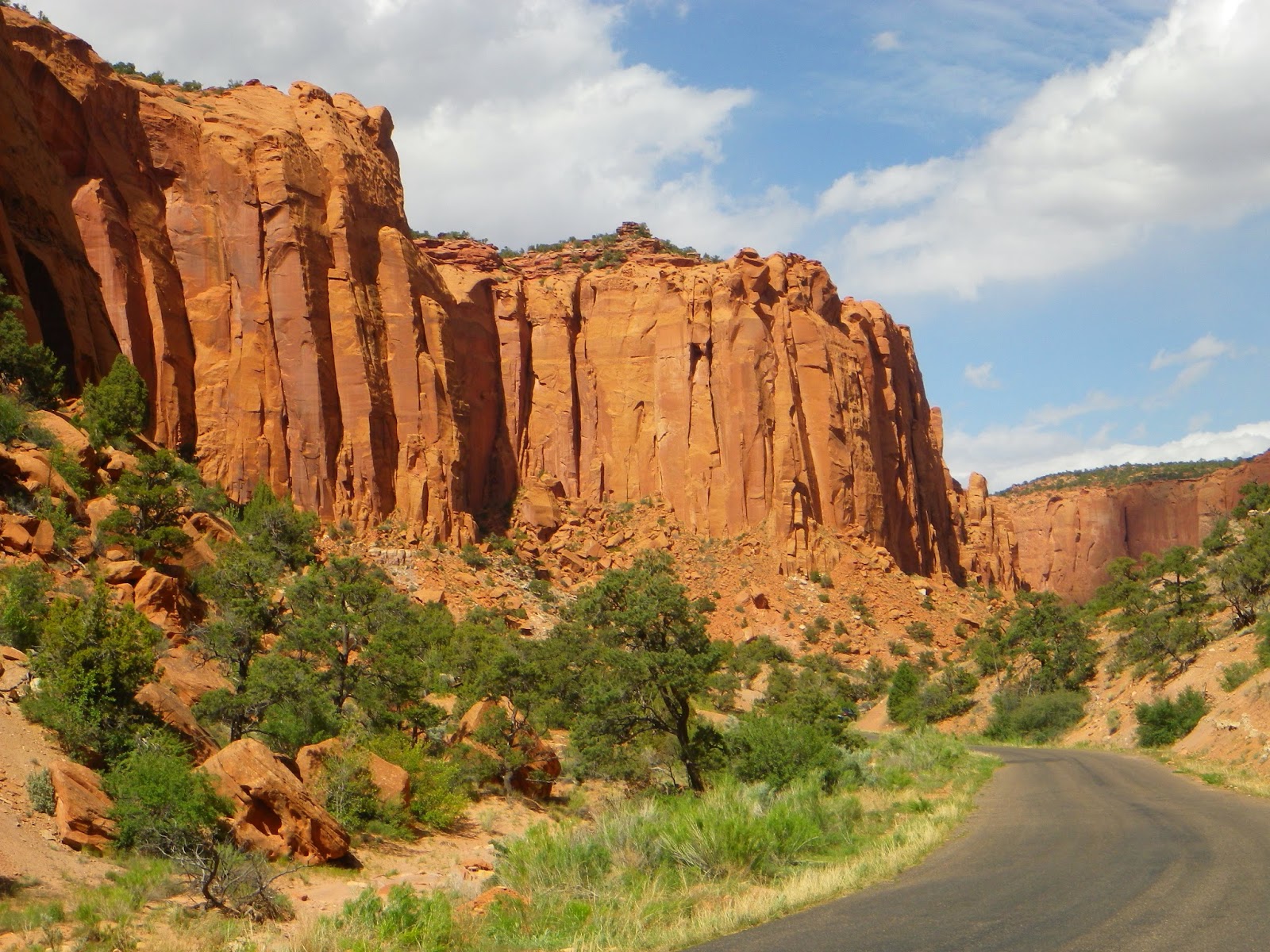 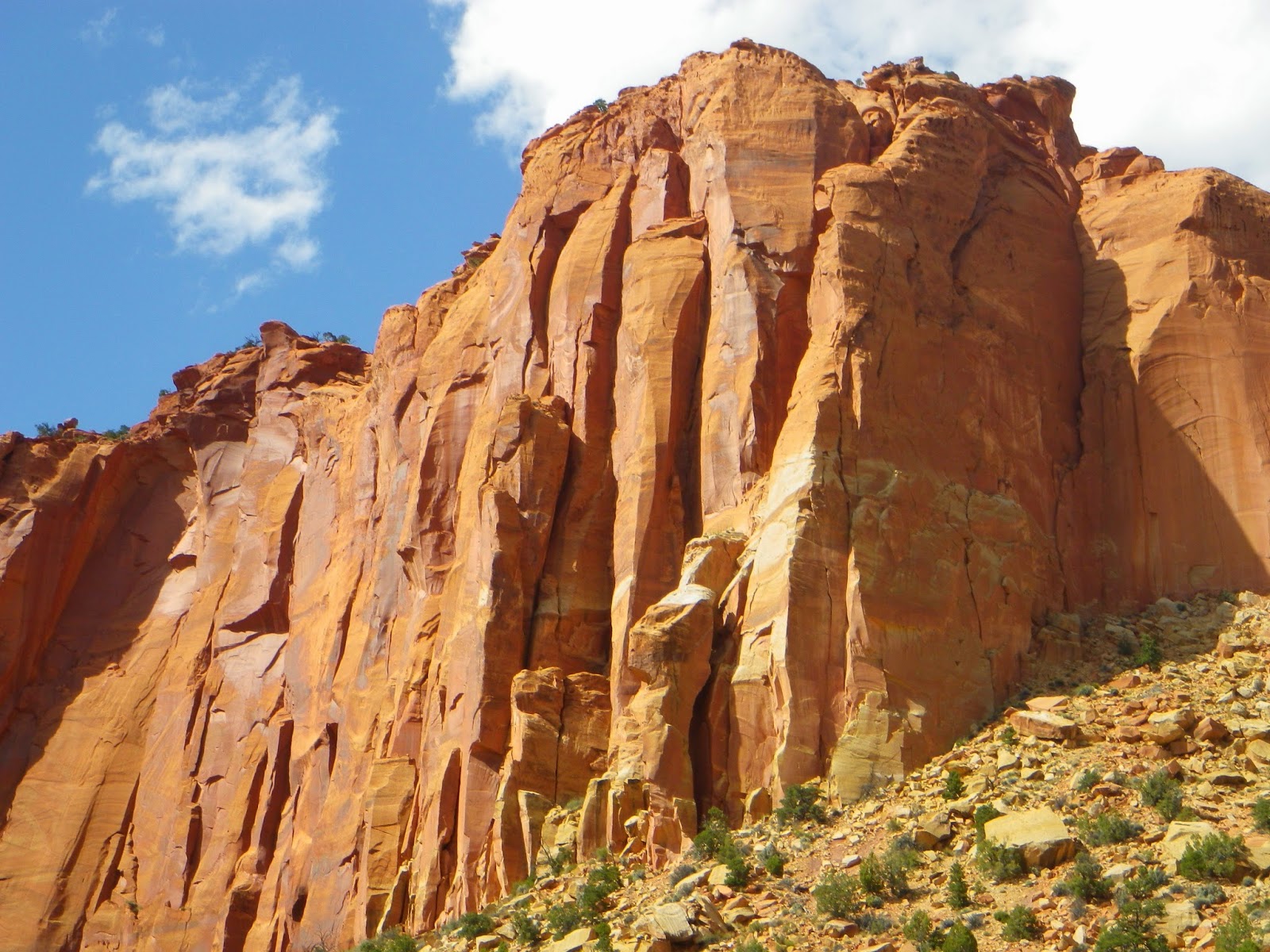 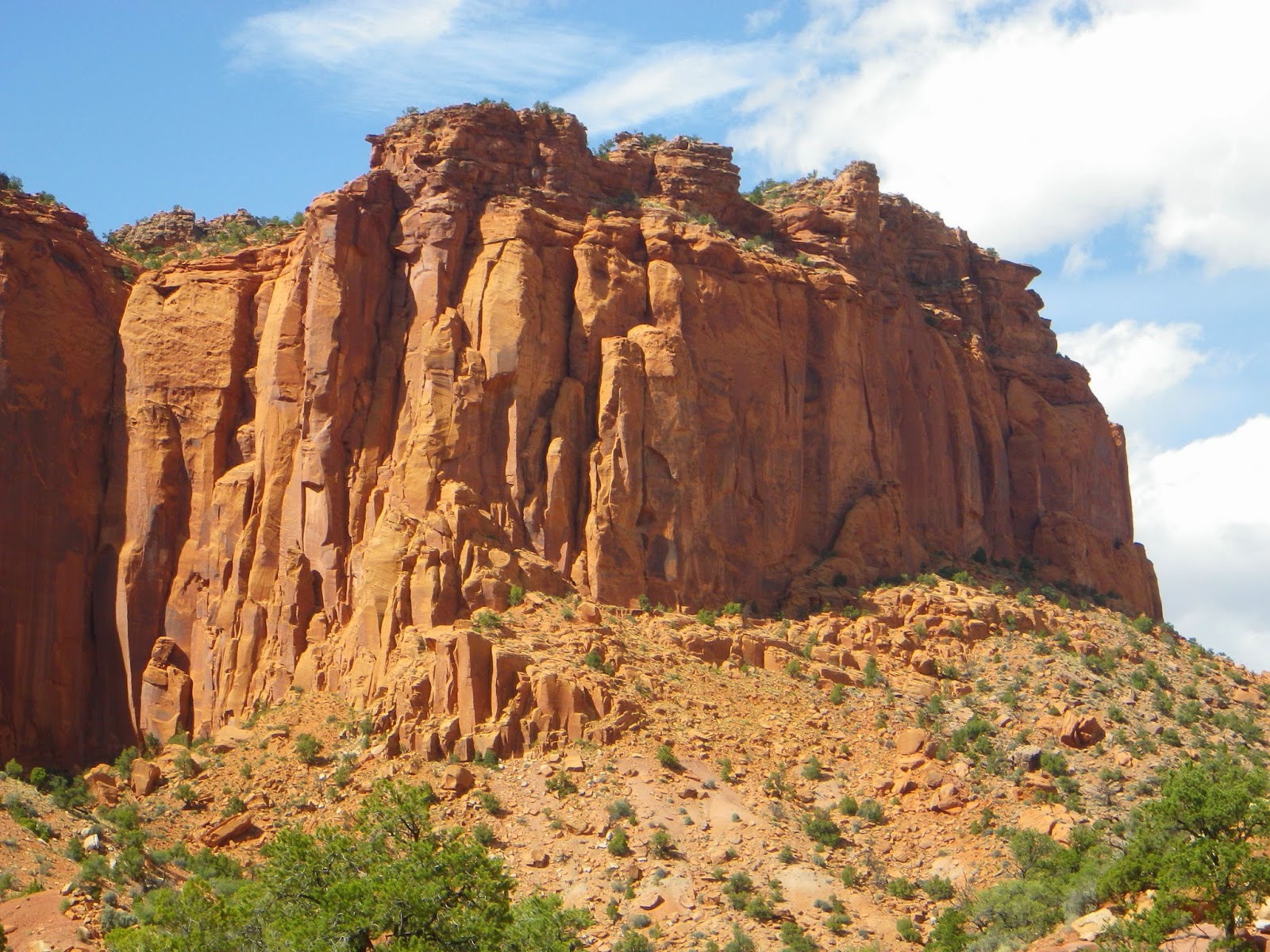 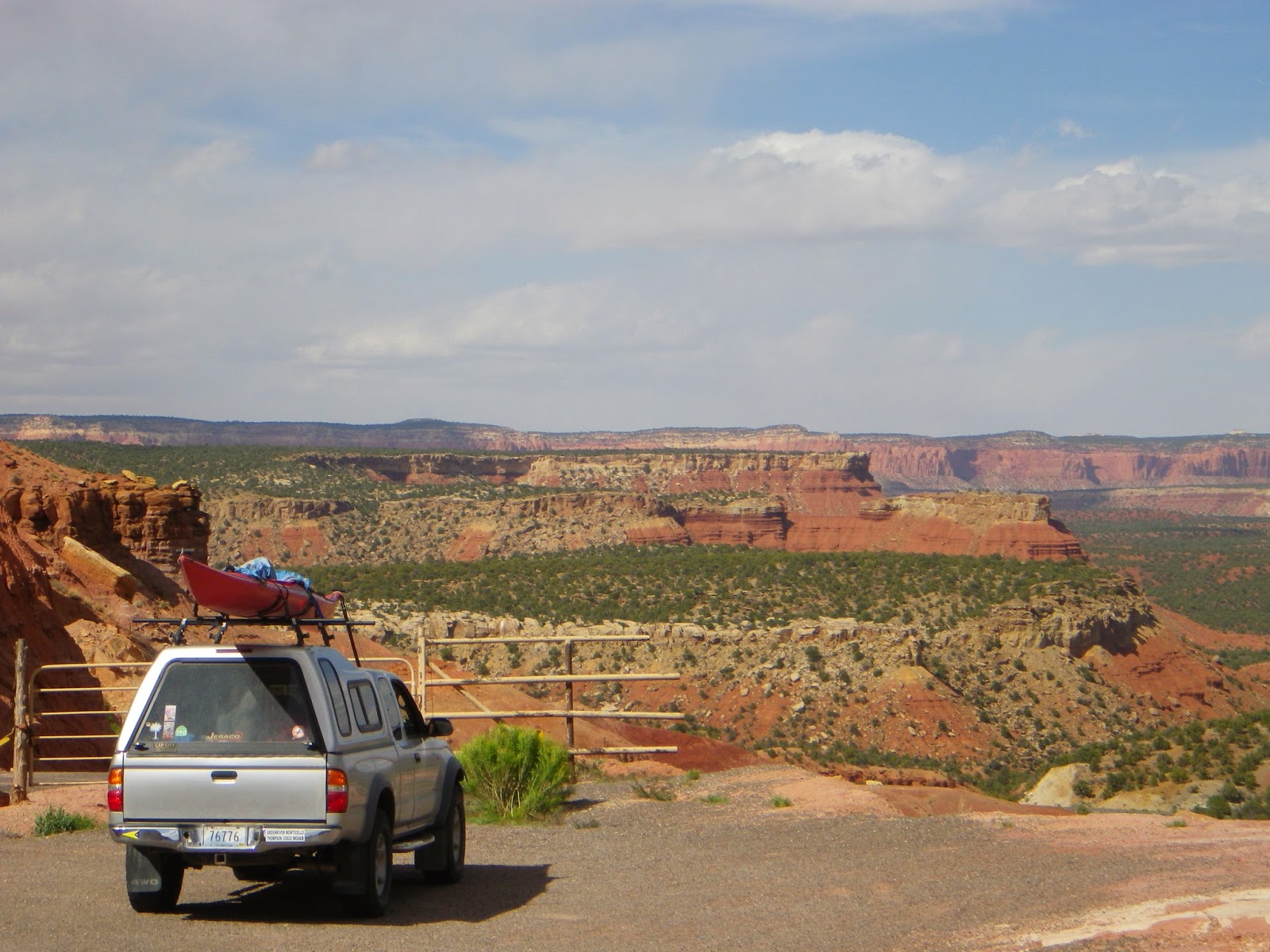 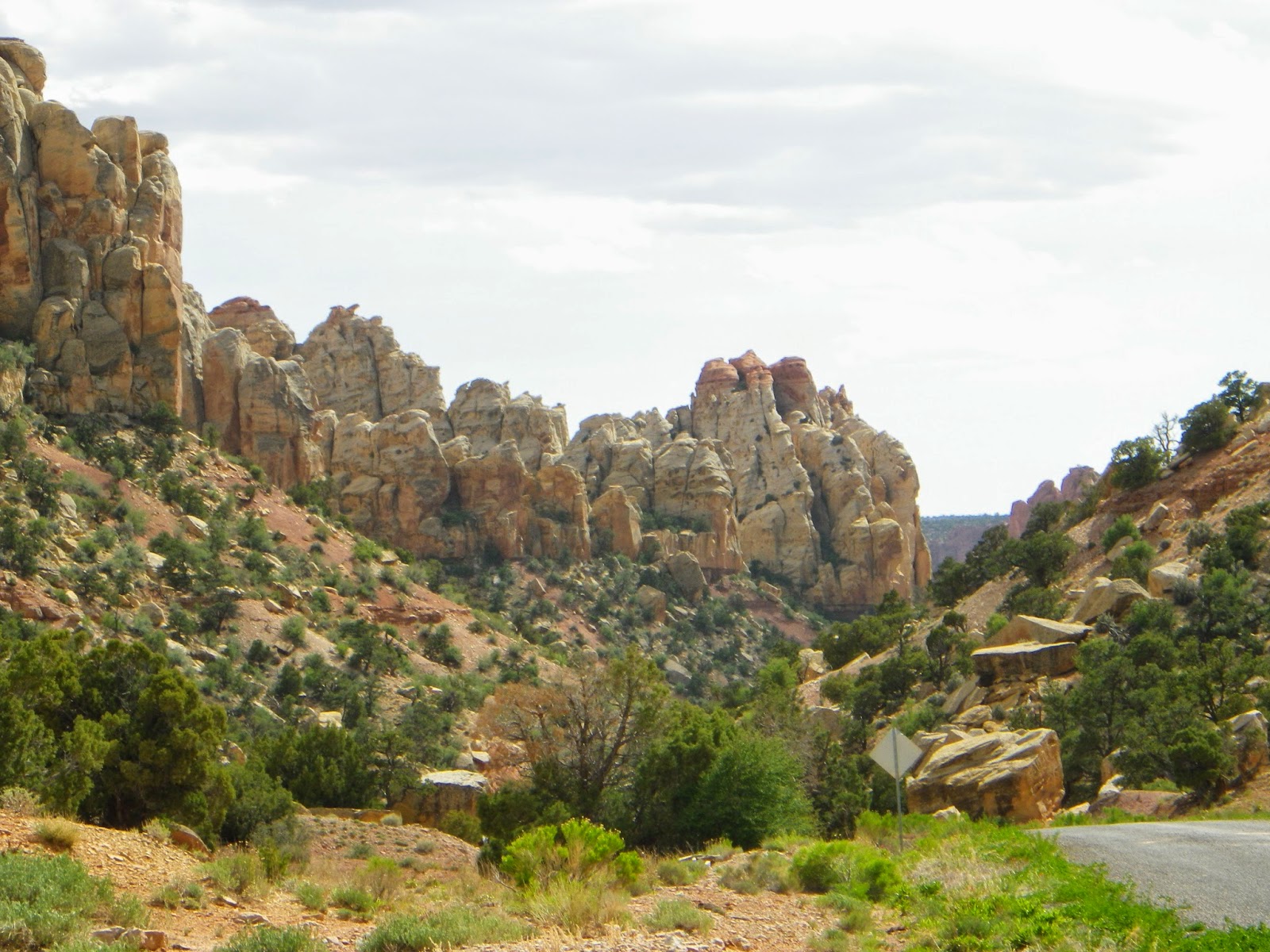 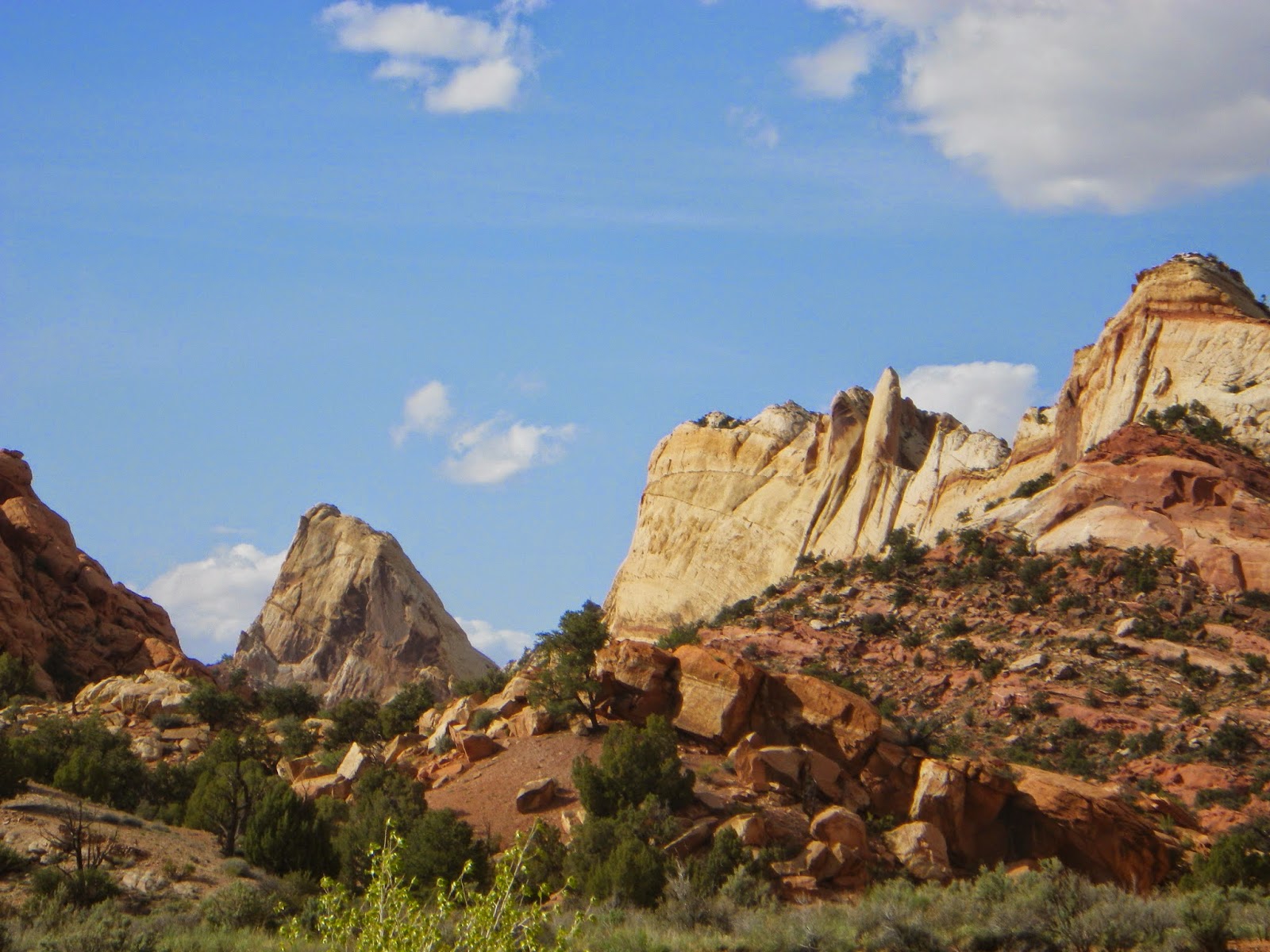 Drove down a mountainside, on wild dirt switchbacks, in the Capitol Reef now. 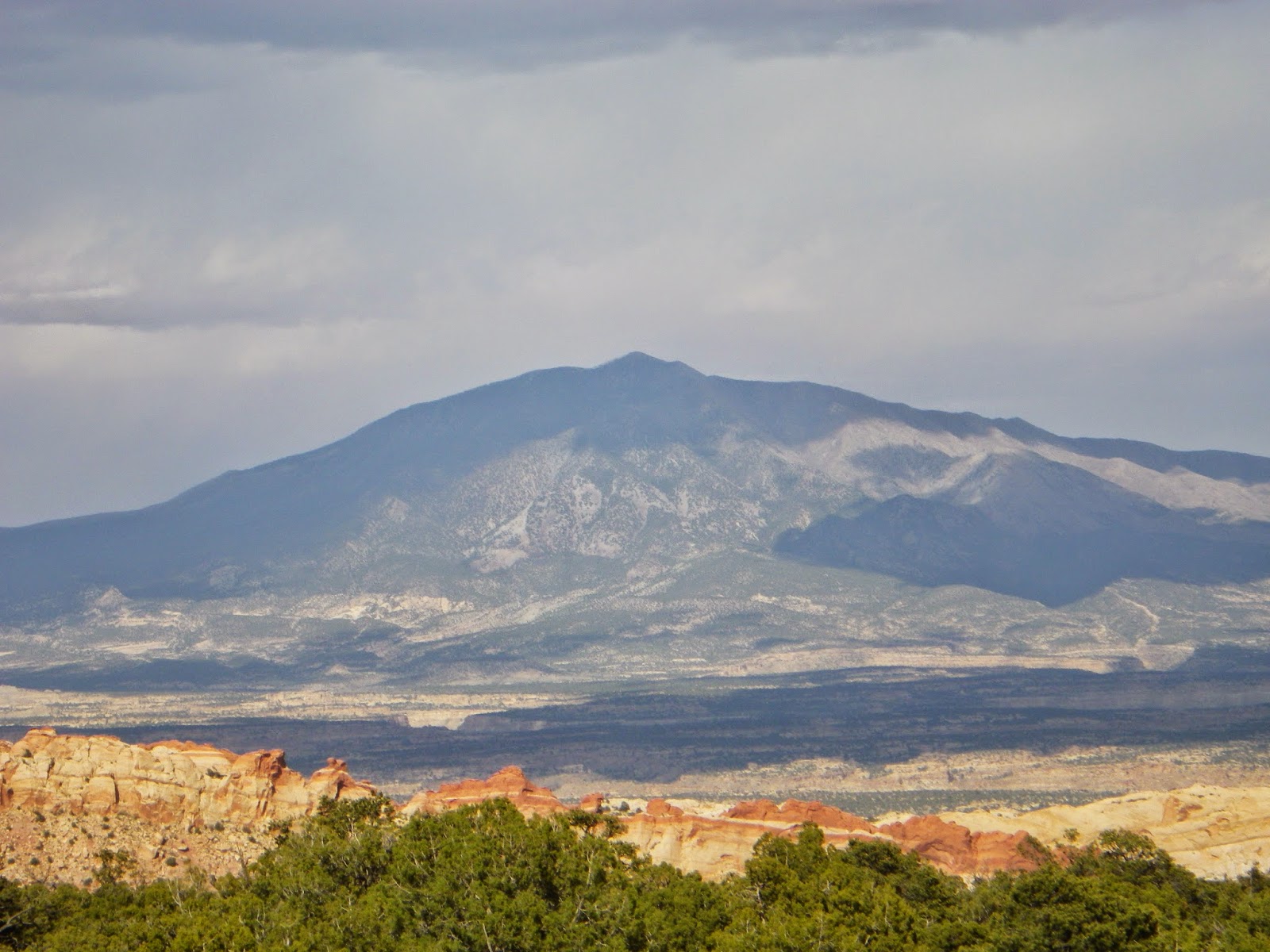 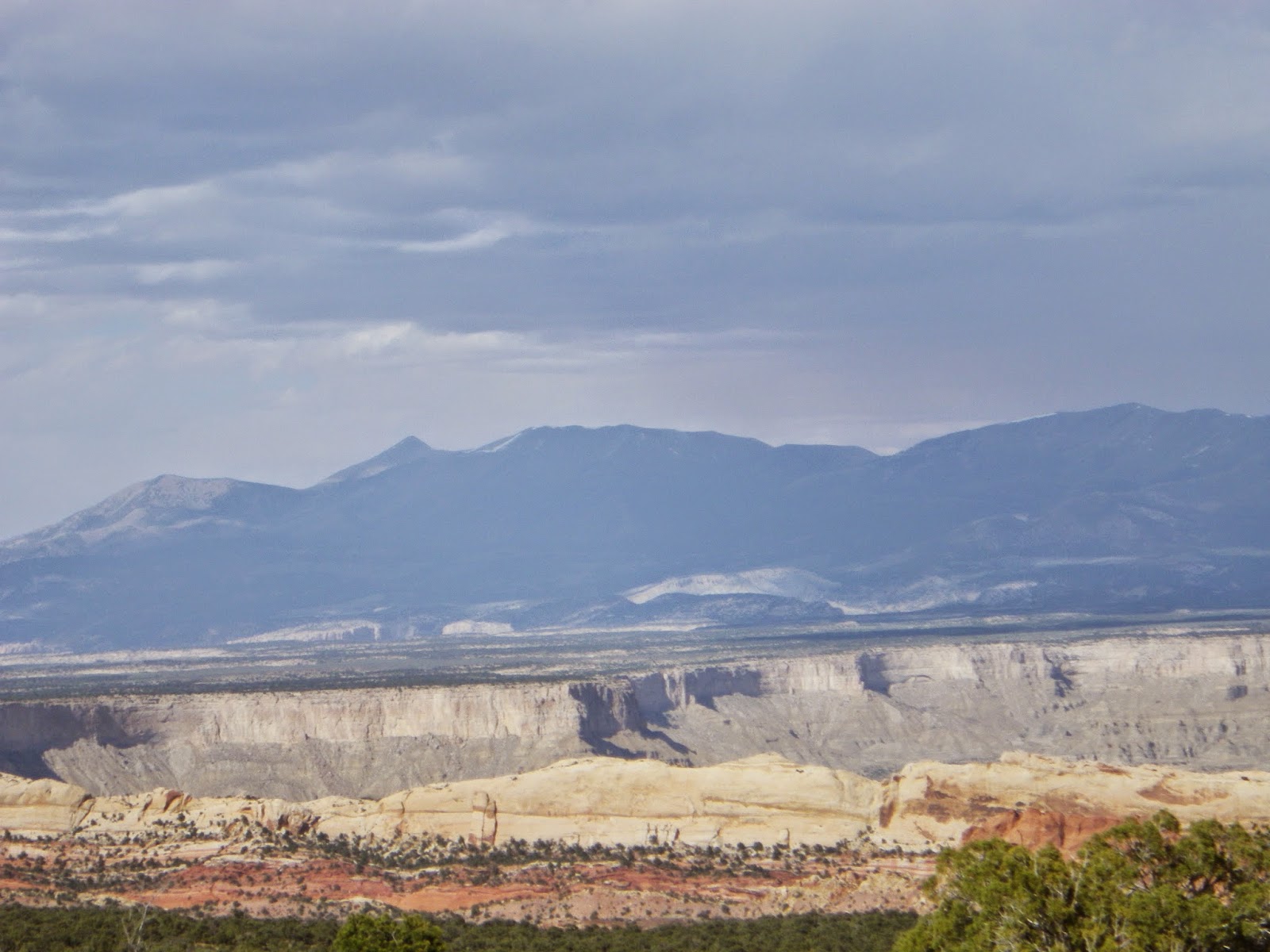 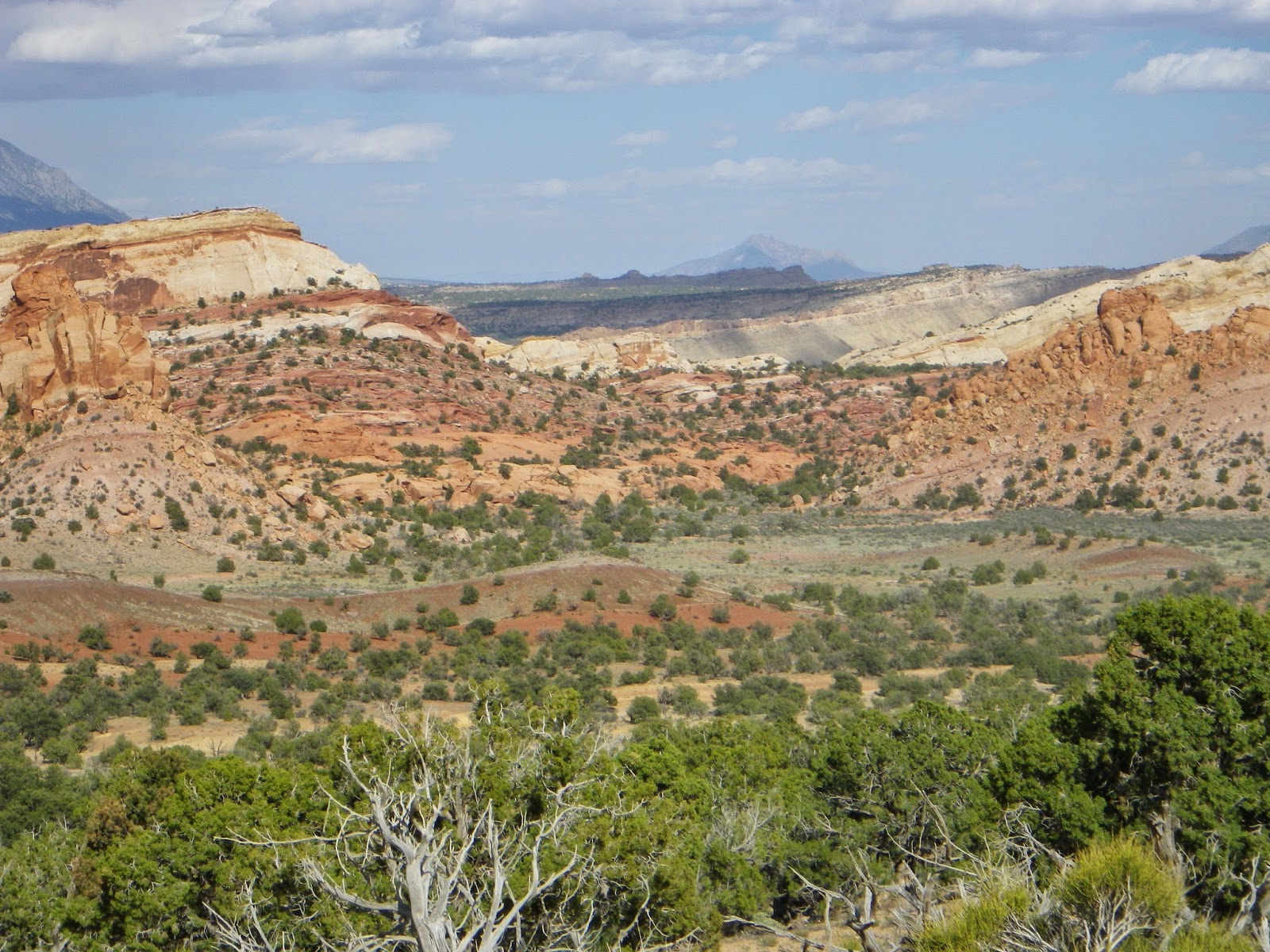 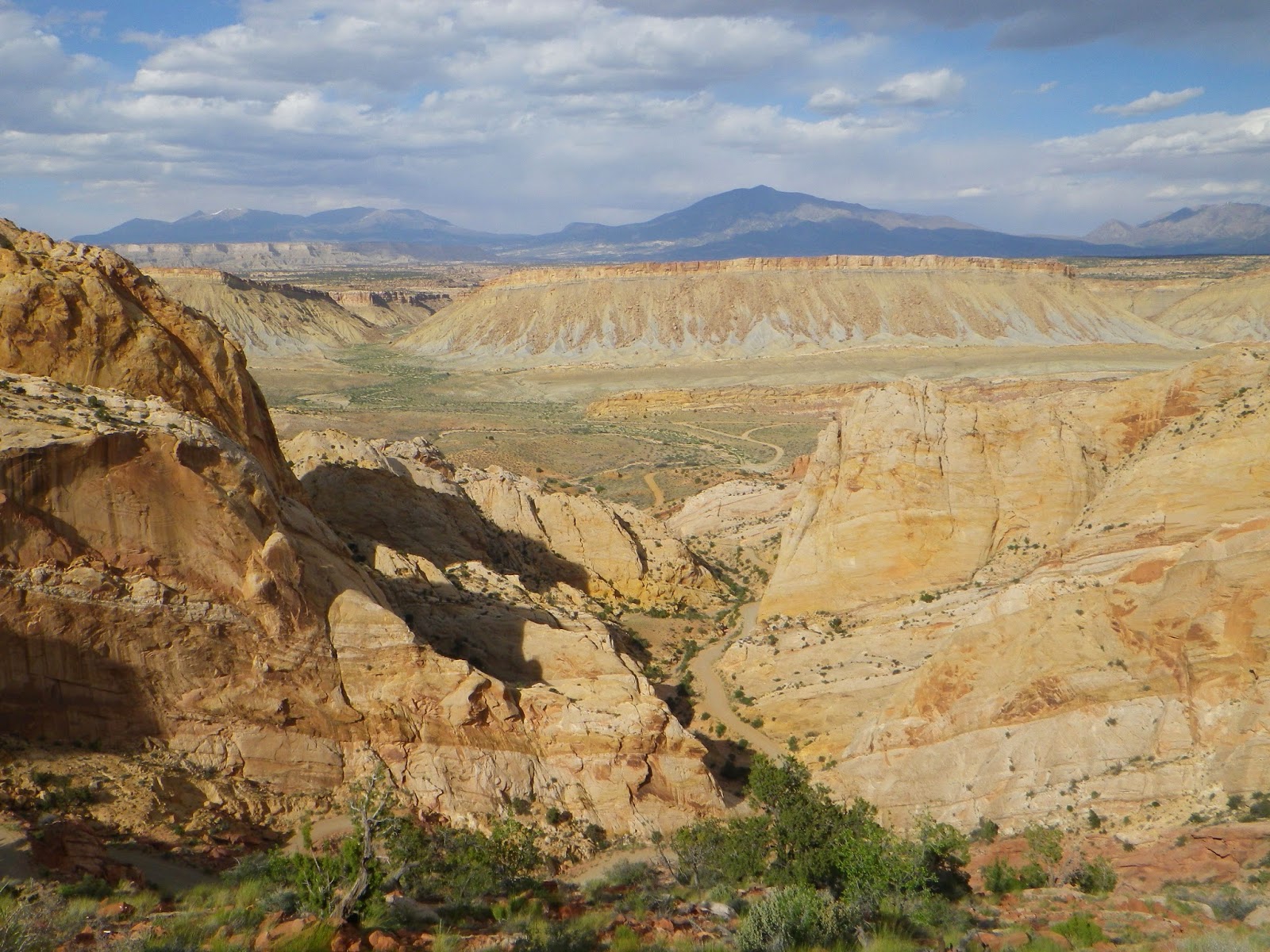 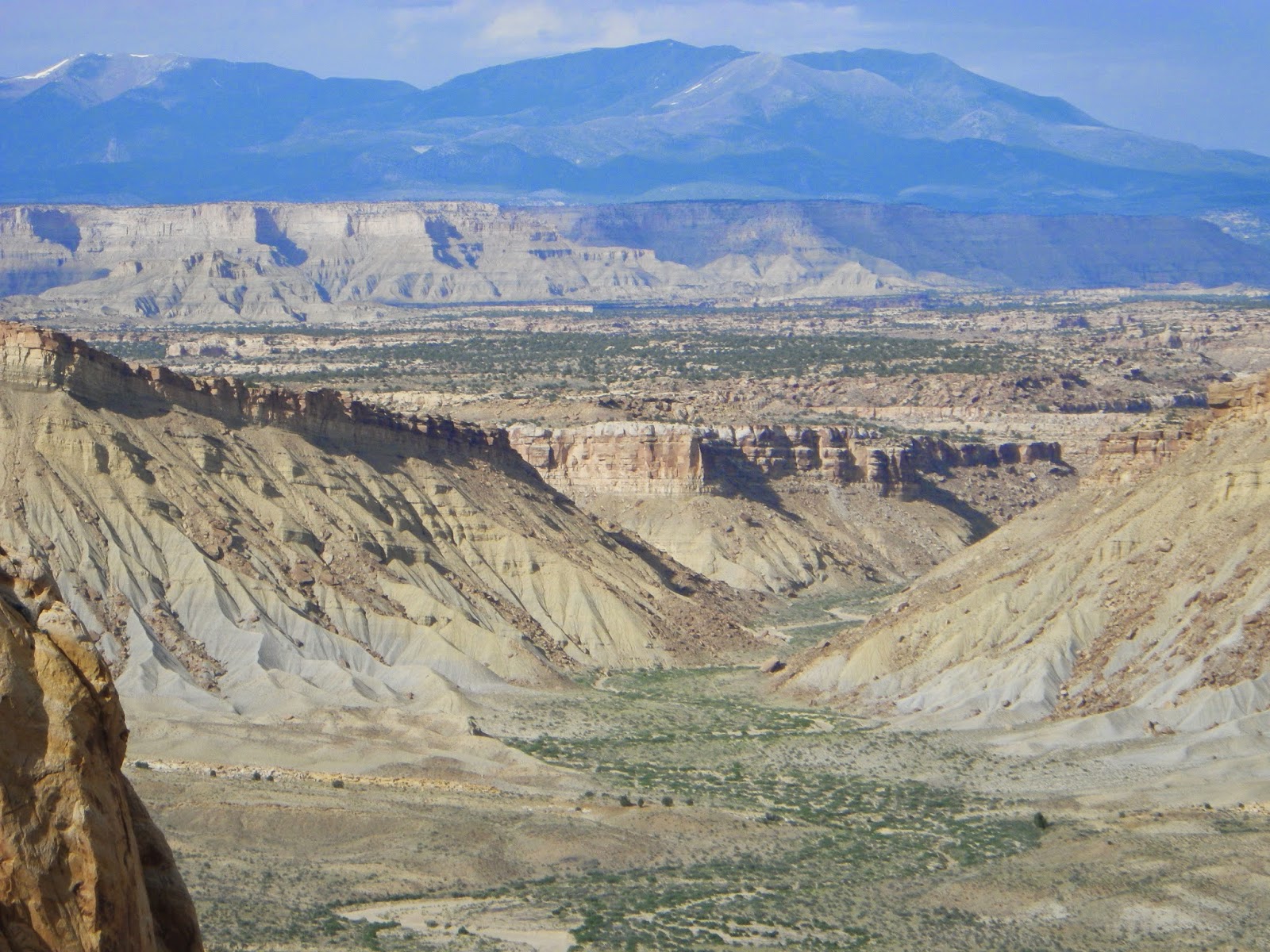 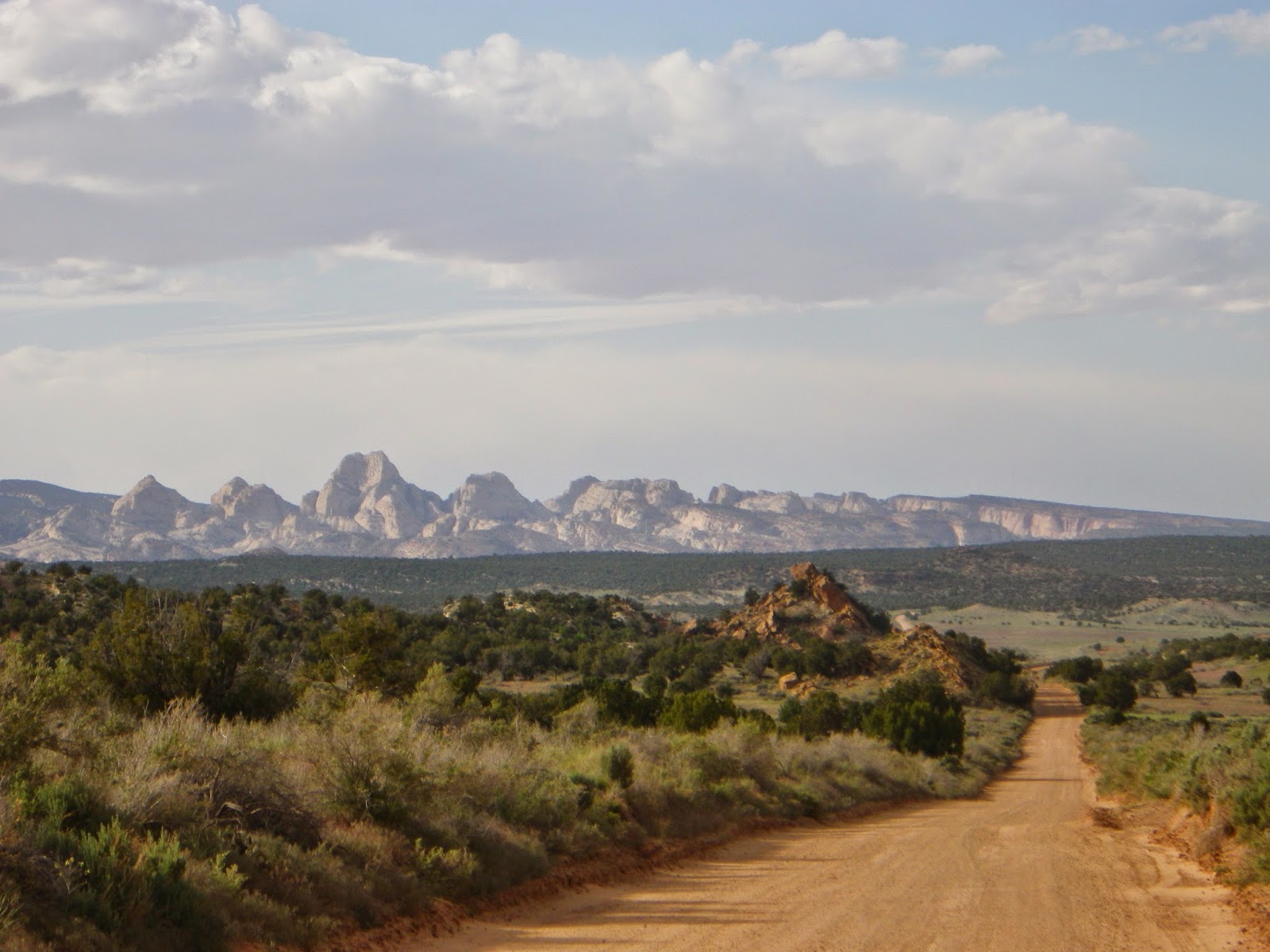 Drove up the  Notom road to an old camp site I was at once before. The time I was there my friends car got stuck in the sand and the tire ruts and boards we wedged under his tires to unstick him were still there. However that was in October and this is May. The spot where we had camped was a beautiful patch of flowers, as though they grew in that spot because of the good times had there. 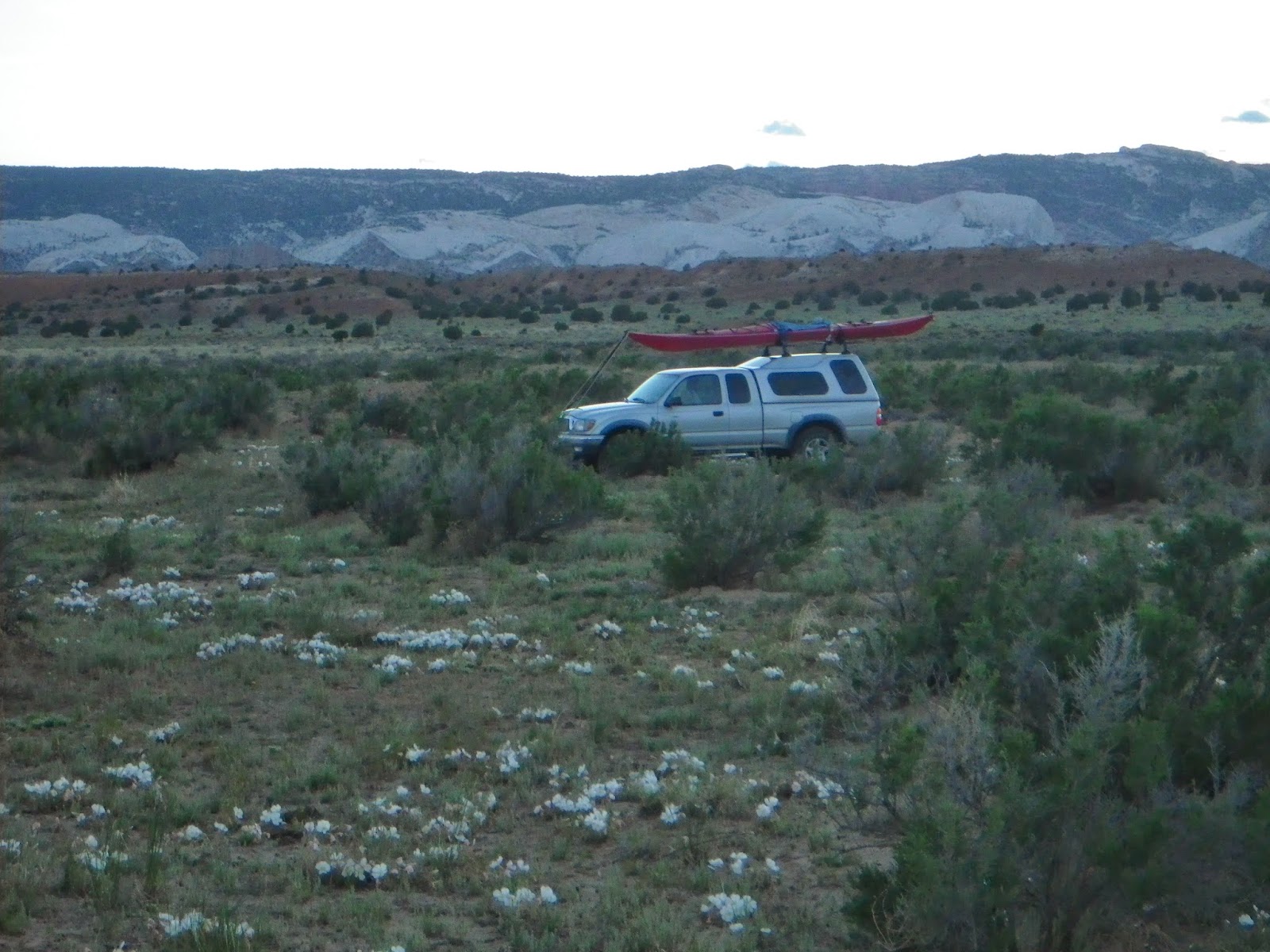 So I took Maggie up my Mesa, an easy little climb, 50 miles from civilization in either direction. A great view and dramatic lighting from the sunset. I brought my bow to hunt a rabbit but didn't see one. We're having a really good time, everything's gone perfect so far, we couldn't be happier. 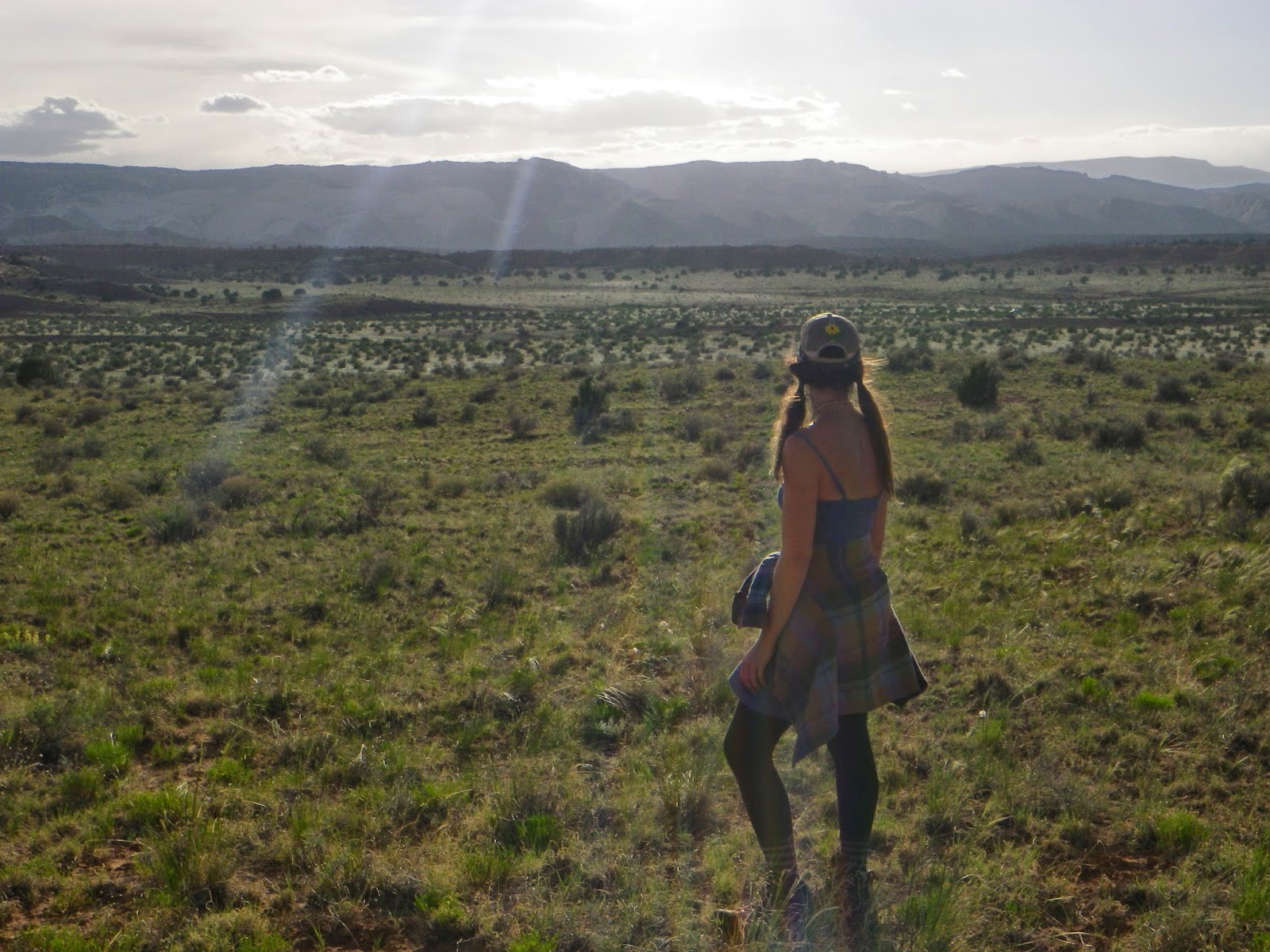 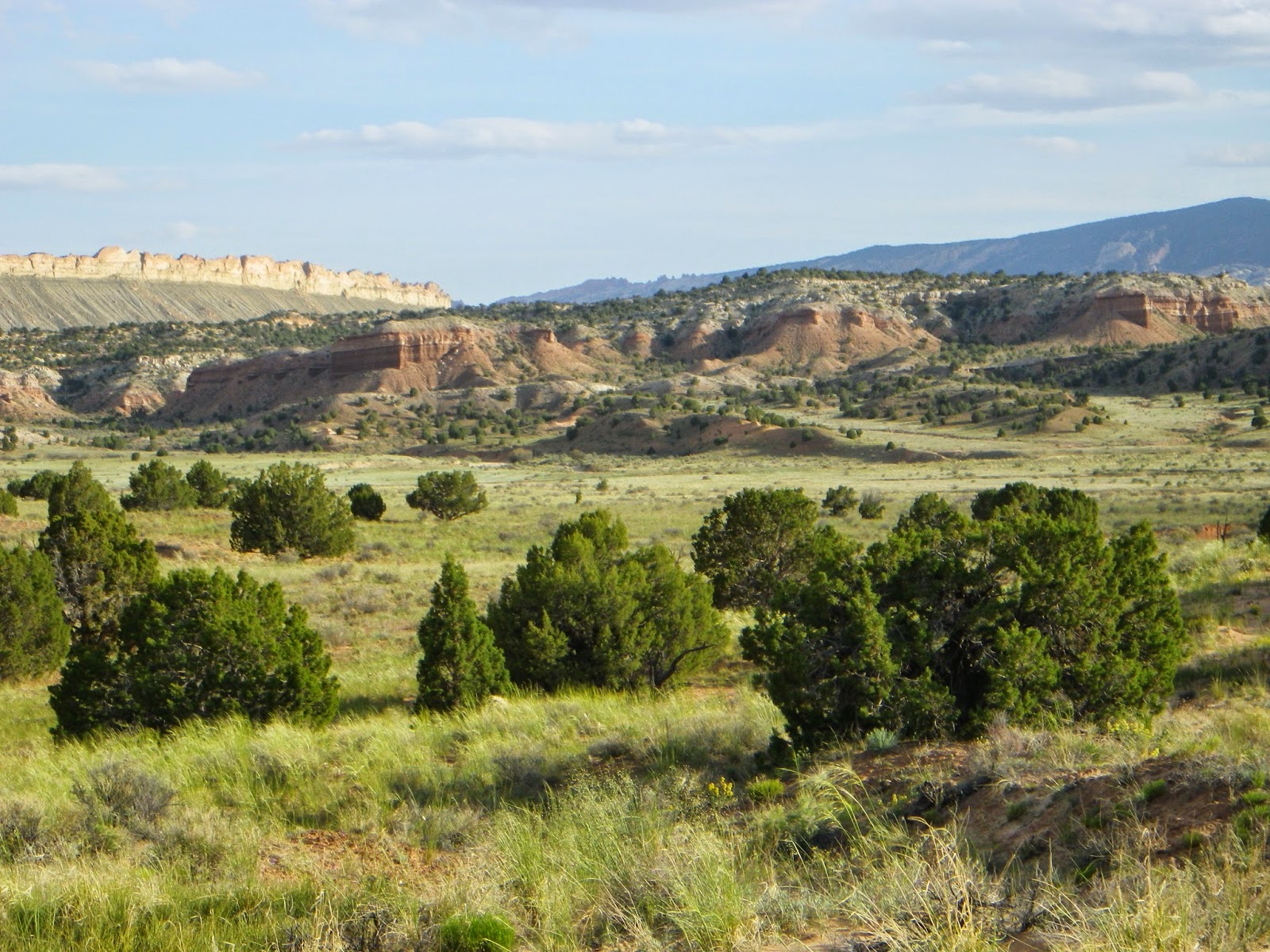 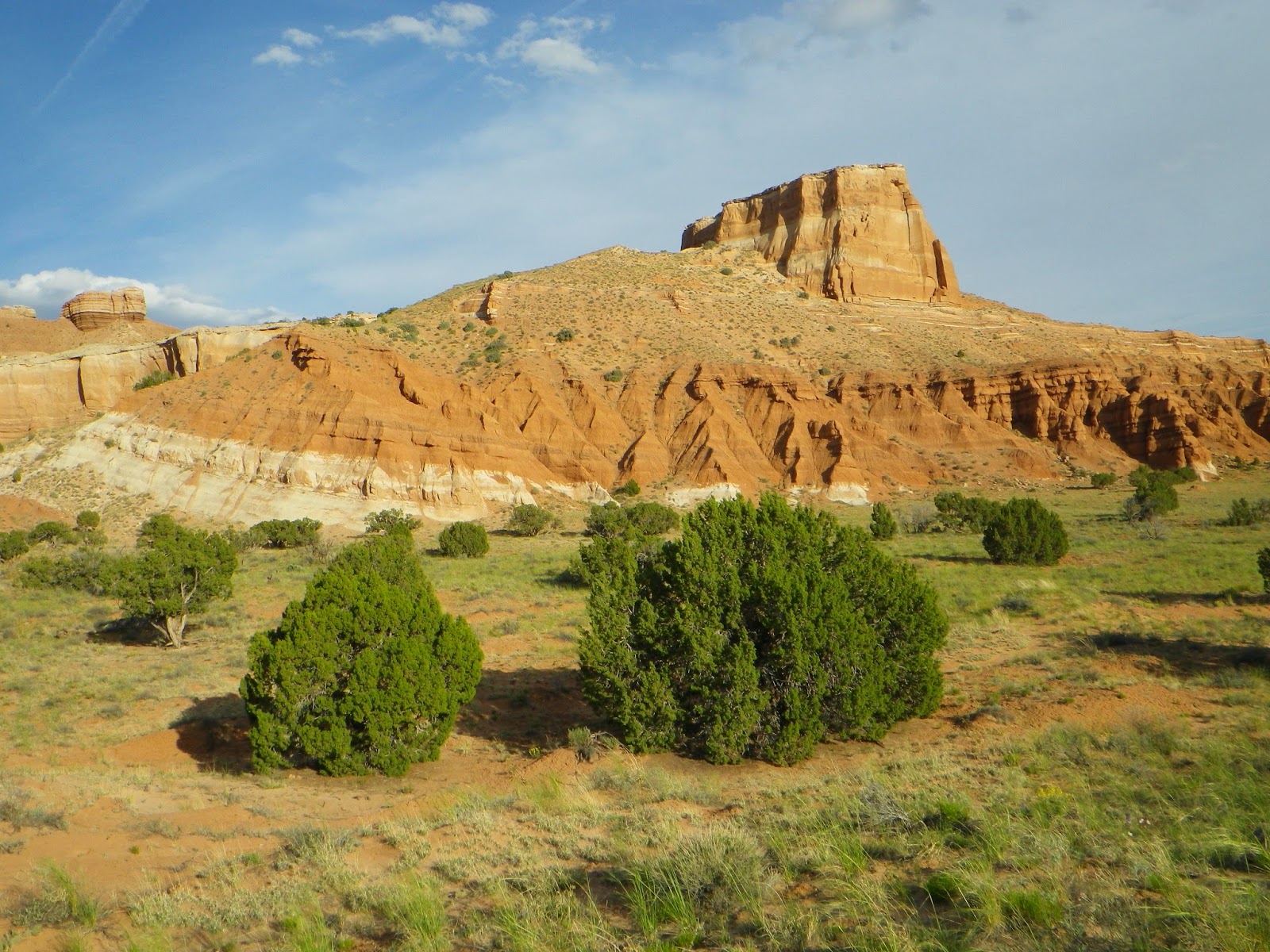 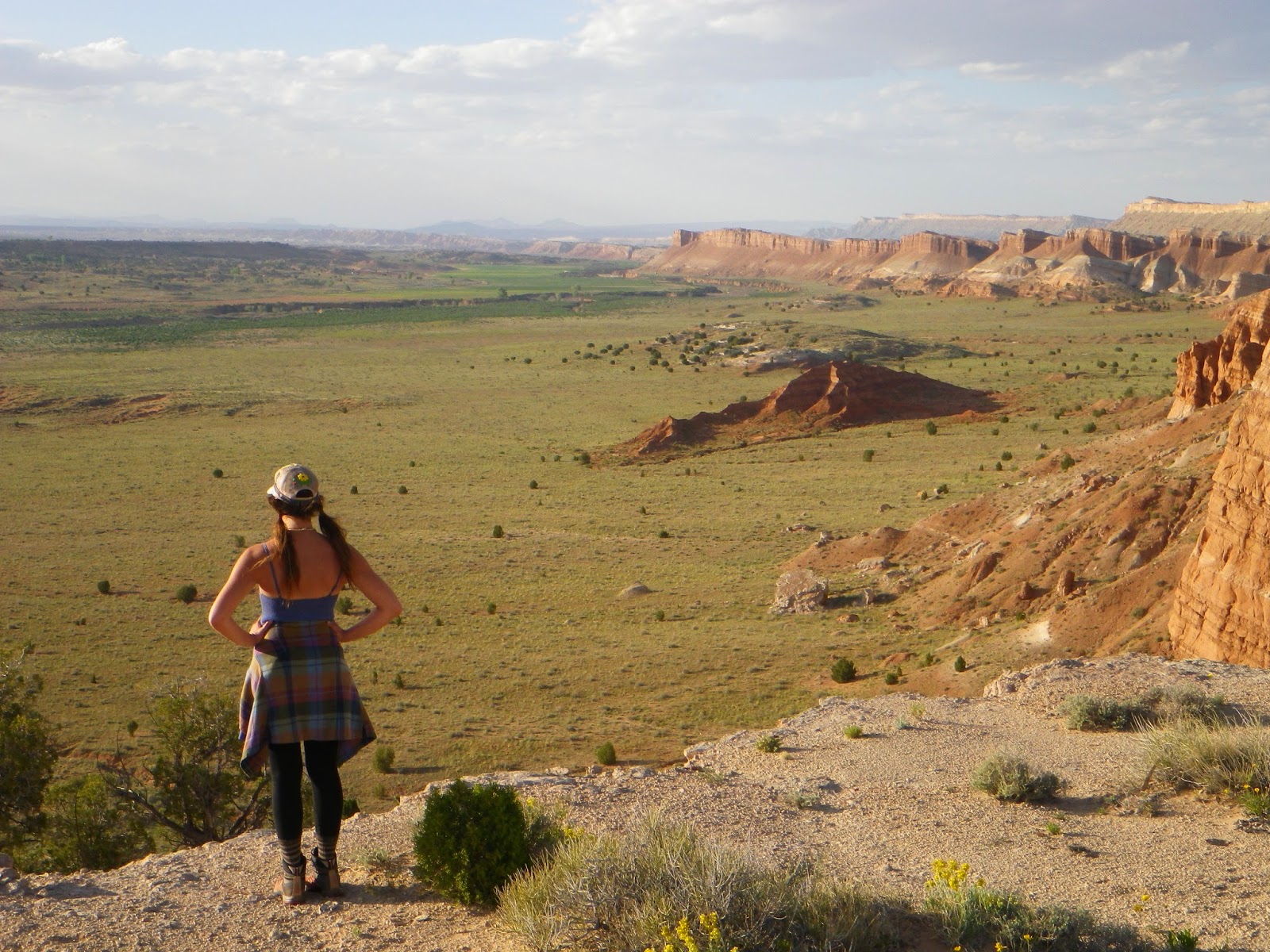 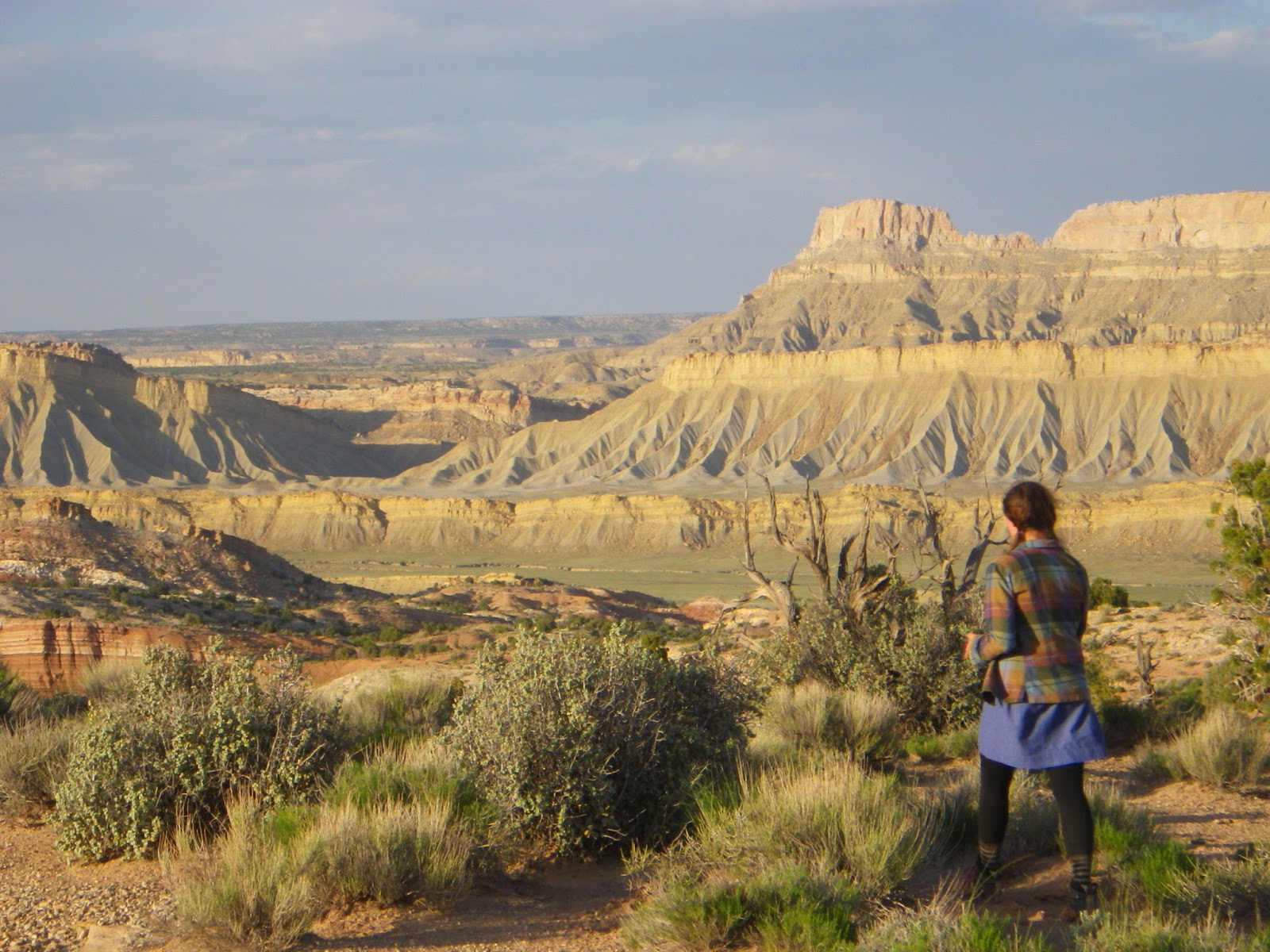