It was a cold morning waking up at 8000 feet on the continental divide but the sun was shining strong and quickly warming the place up. 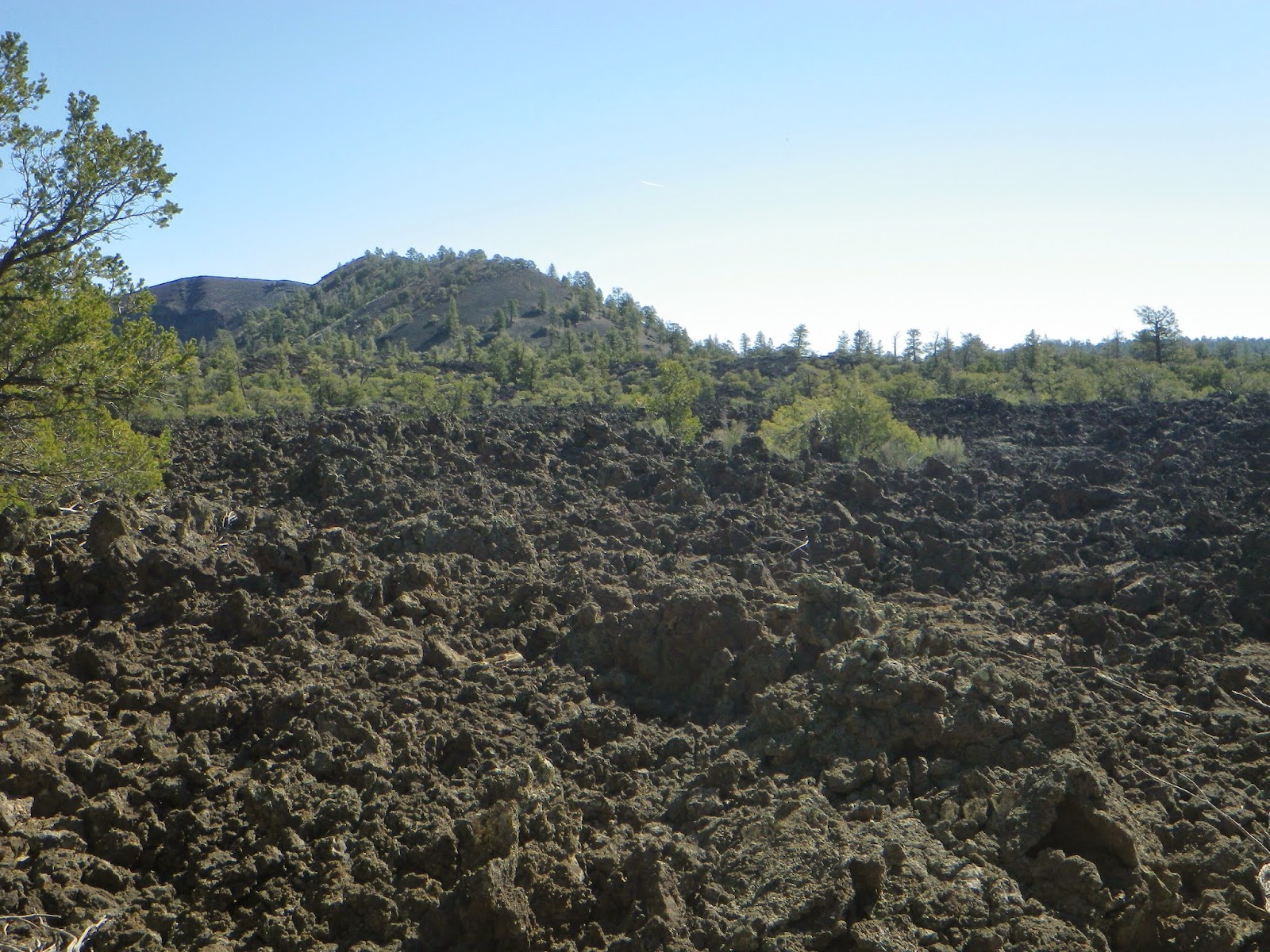 The scenery was simple and beautiful. The ground cover there was so light green it looked white in the sun. Lovely little blue birds flitted by that were so blue they looked as though a can of paint had been dumped on them.

We left and it being such a vacant road I decided to teach Maggie how to drive the stick shift. It was fun she did very well, being cautious she didn't stall the car once, and drove the whole length of the 4 wheel drive road. Upon getting to the equally vacant highway I urged her to keep driving. She had to perform a hill start which she did successfully with some cries of fear. Then the highway quickly descends the continental divide on a winding mountain pass. After getting to fifth gear and then having a little panic attack on the sharp corners, she handed it over to me. Nothing like raising the blood pressure a little in the morning though! And we were having a fun time. 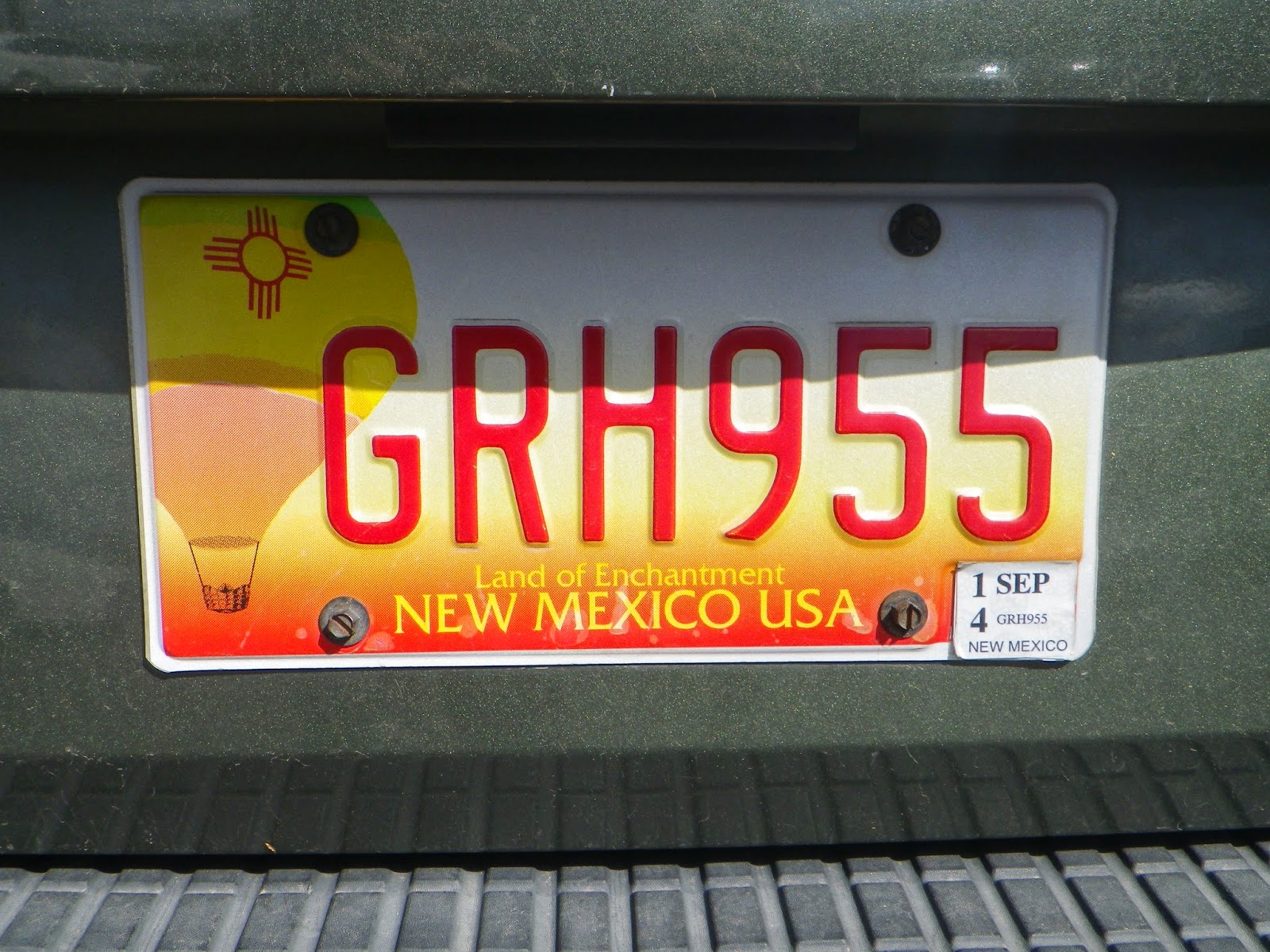 The sun was out, the country beautiful. We drove to Albuquerque and kept driving. It looks like a nice city, a little bit like Salt Lake. Nice plantings on the highway, decorated bridges, and lots of traffic moving fast.

We continued to Santa Fe where we got off the highway and wandered the back roads. We found that all the houses were pueblo style. All adobe boxes with wooden posts sticking out the top. Traditional of New Mexico. Then in town we walked around a Target which was also pueblo. There was a pueblo panera bread, and a pueblo home depot. A pueblo staples, a pueblo walgreens. Everything was pueblo! 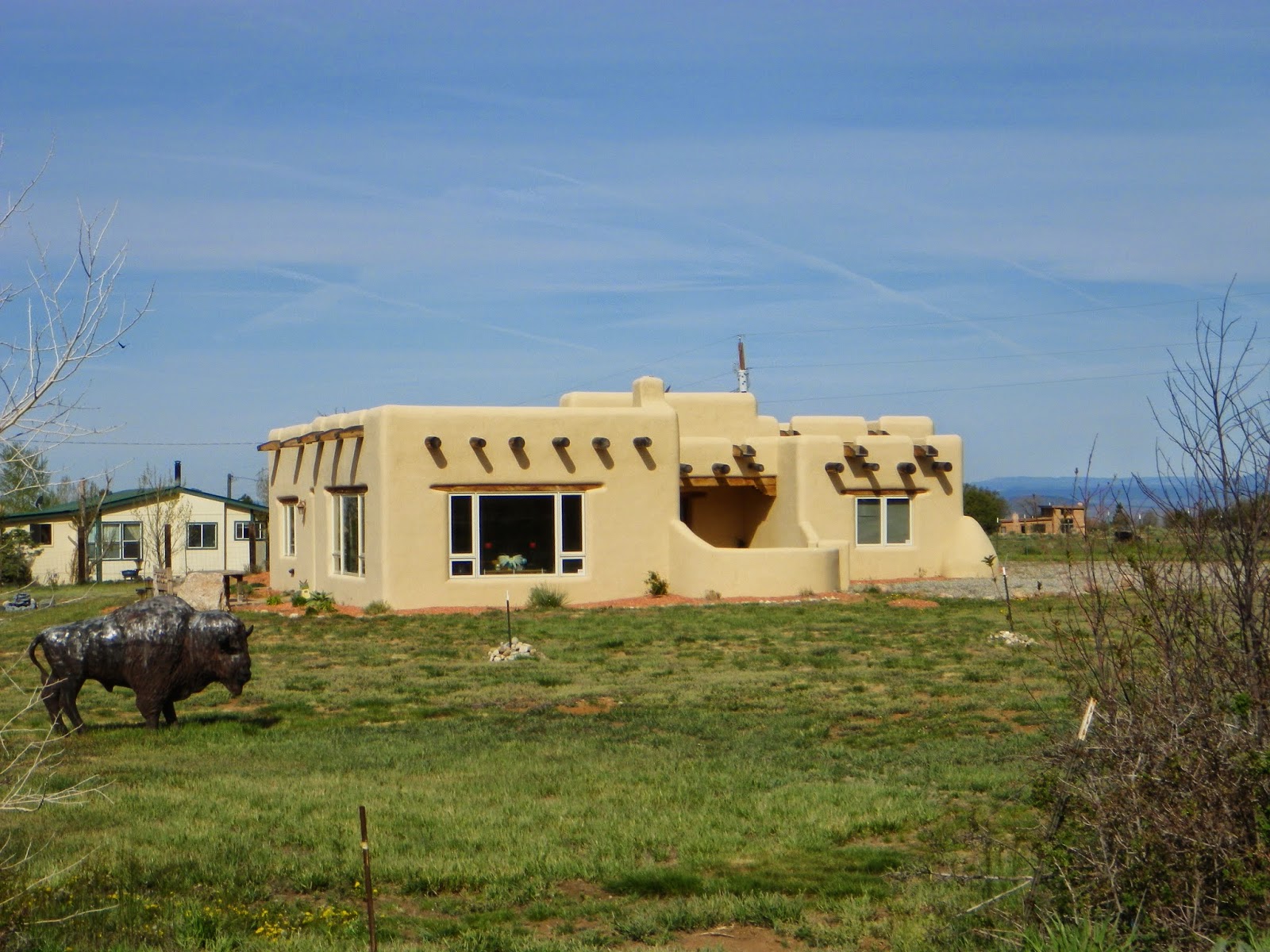 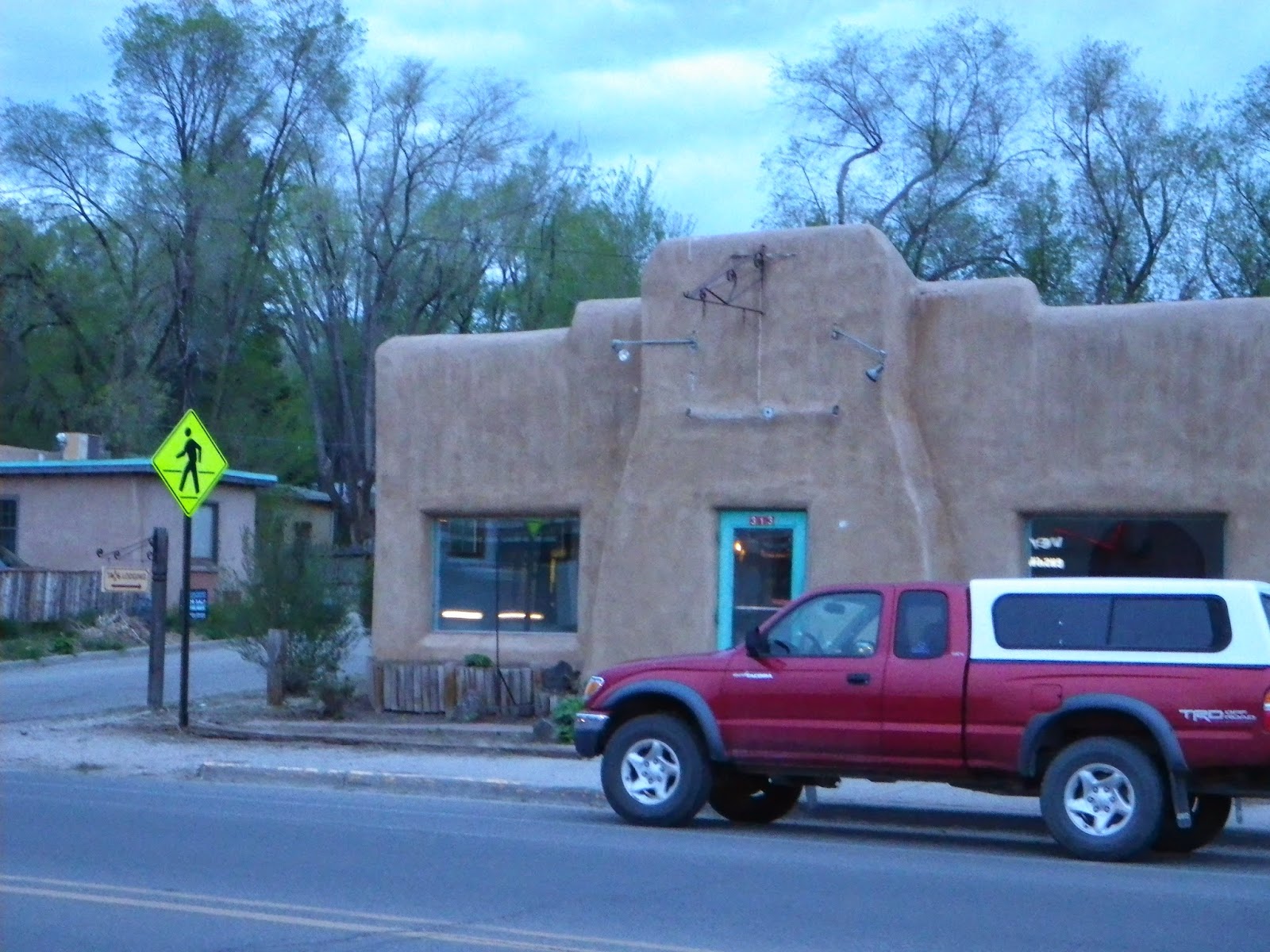 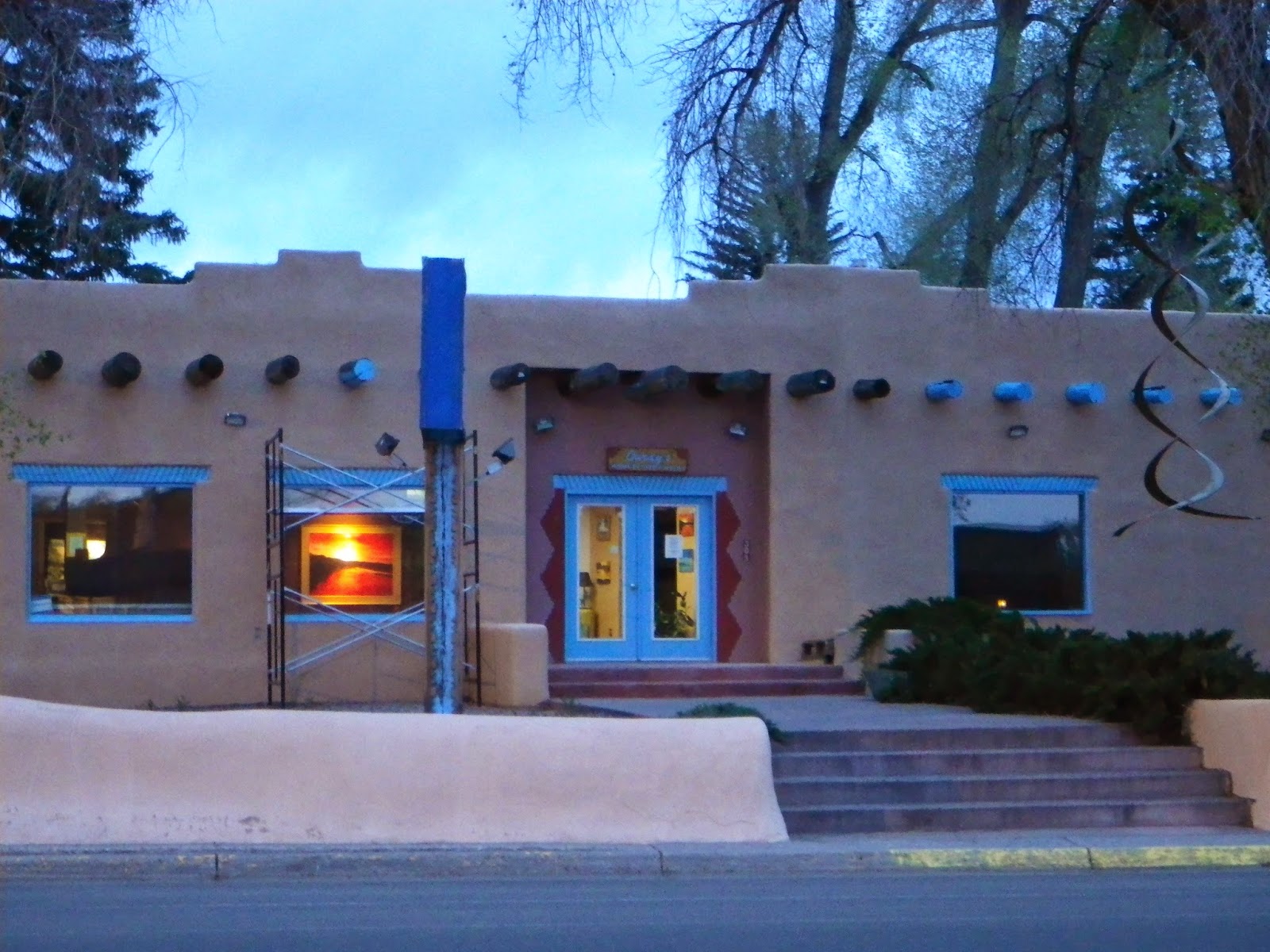 We joked about it but remained lost looking for the downtown area for slightly too long. We eventually found public parking and finally after getting stressed out like we always do in cities, found a nice place for some burritos. Santa Fe is the capital of New Mexico and they have a nice ritzy little pueblo downtown which was fun to wander around. 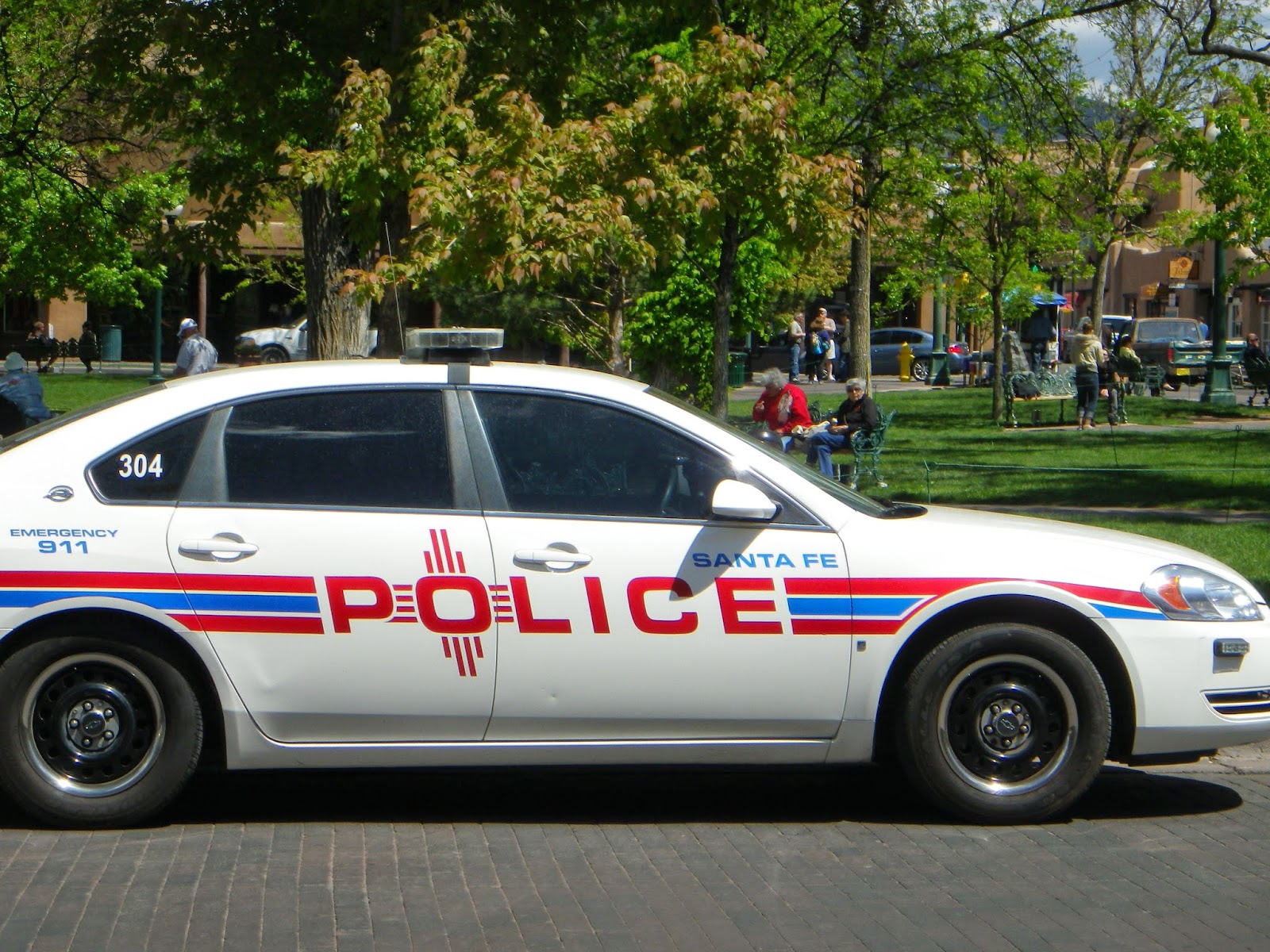 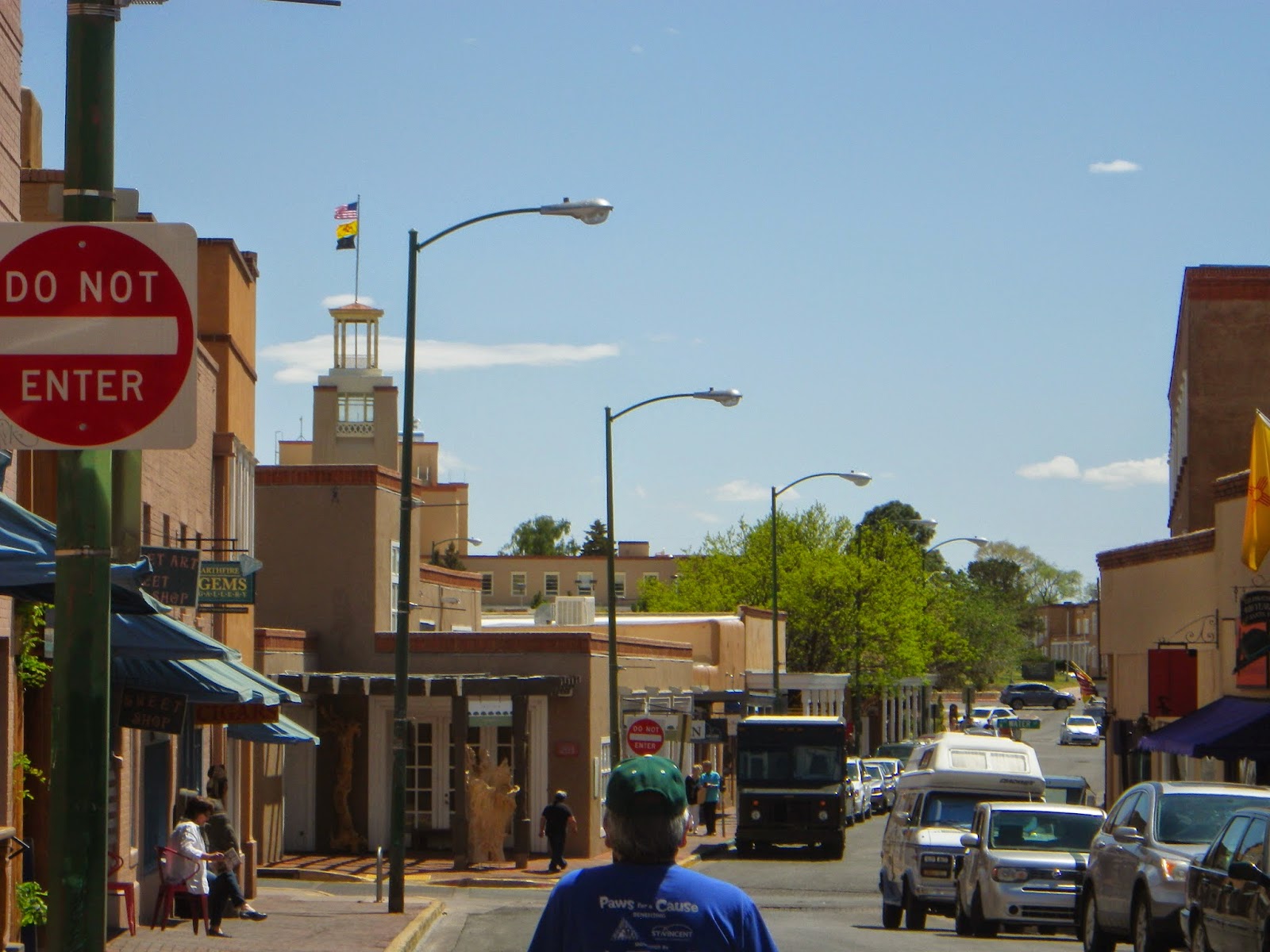 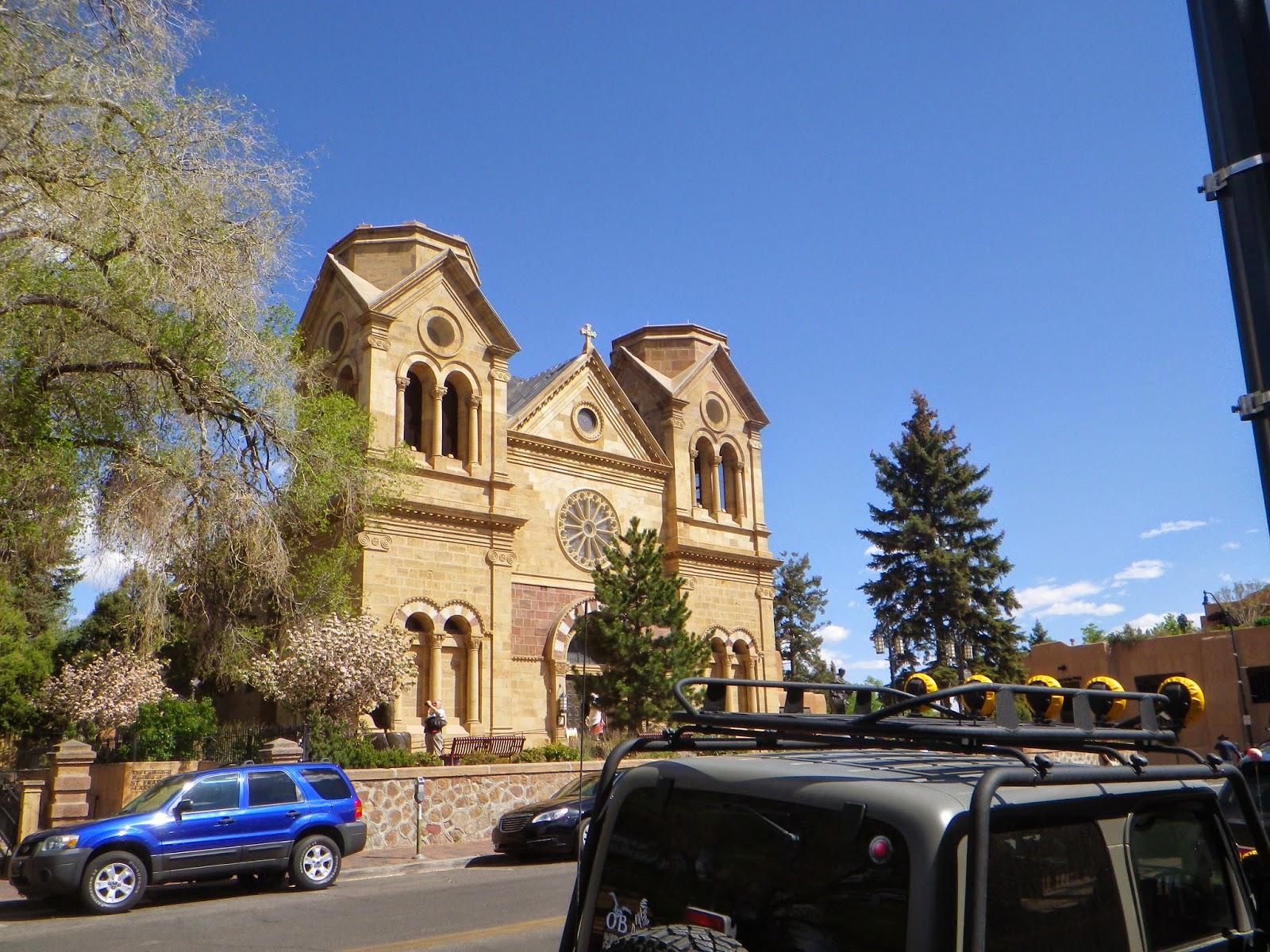 Then we hit the highway for the town of Espanola. We were planning to camp just north of there in the canyon of the Rio Grande, along the river. We drove a very scenic road through the canyon and I unfortunately passed right by the left turn we needed. Since the rio was kind of out of our way anyway, I regretfully kept driving onward to Taos. By now we had been in the car for a very long time and I needed to find somewhere to camp. 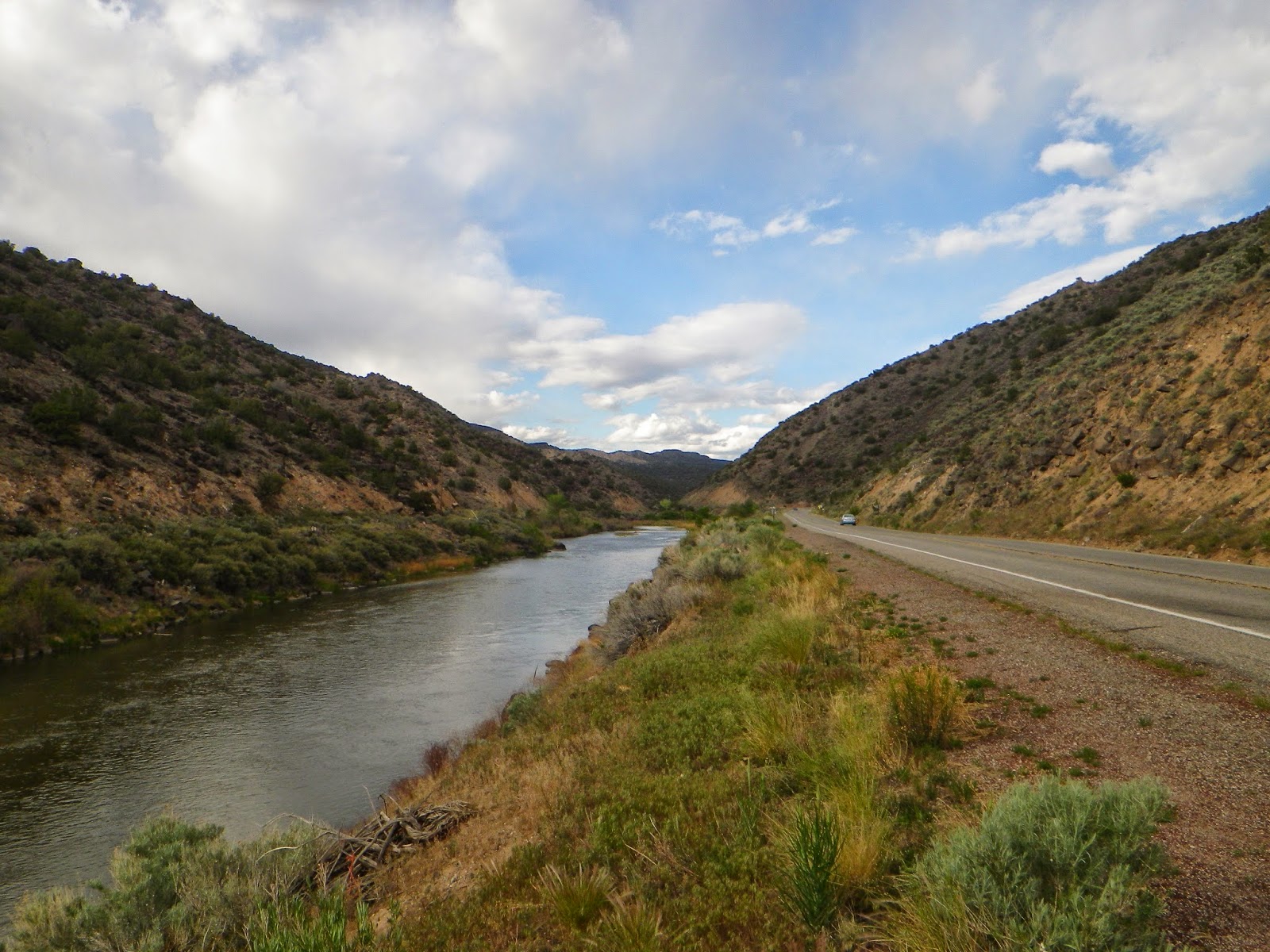 The Sangre de Cristo mountain range opened up before us at an incredible viewpoint. You could also see the huge gorge of the Rio Grande slicing across the high plains. I tried to find somewhere with a nice view to camp and watch the sunset but frustrated myself when I was unable to. 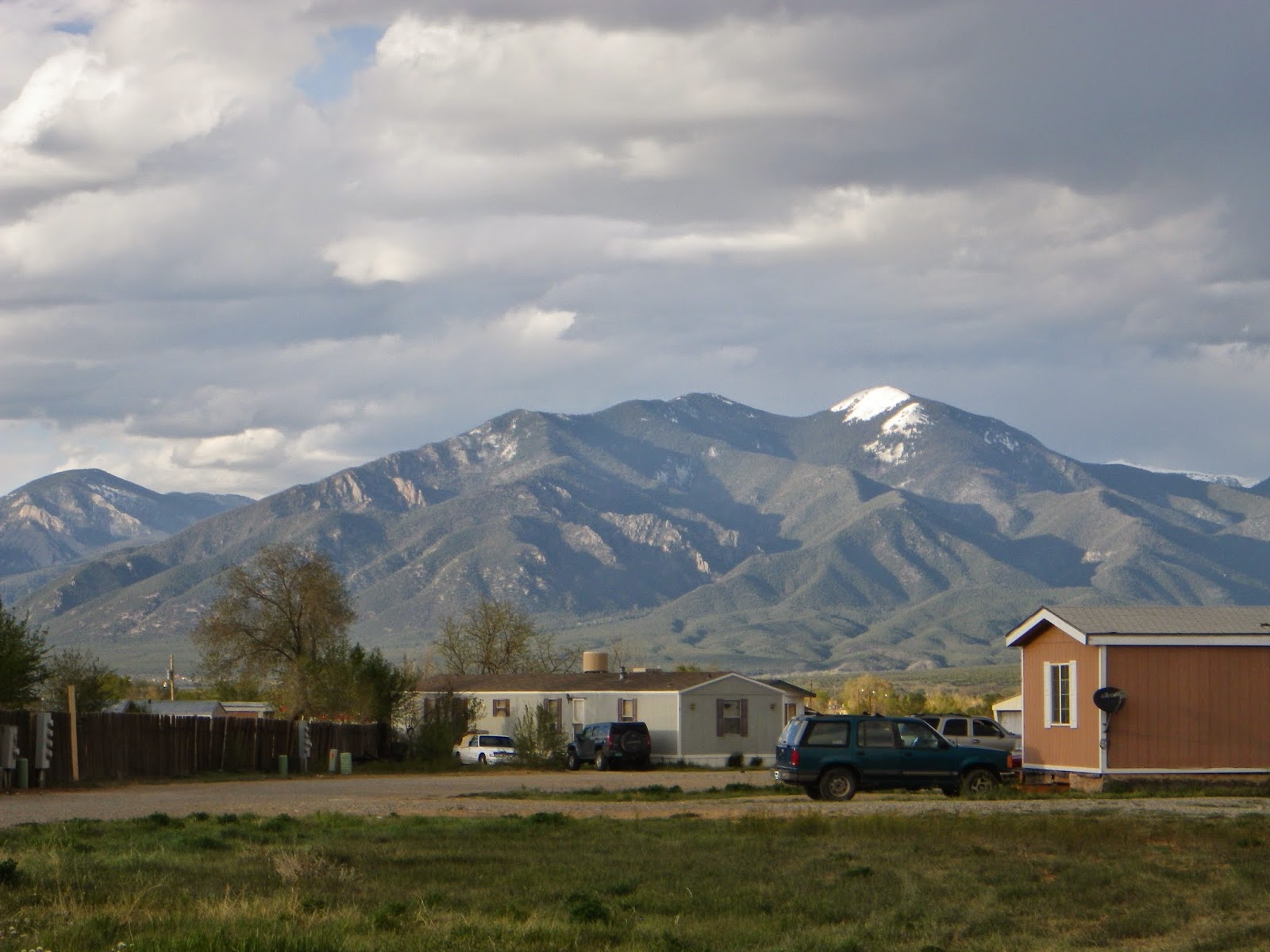 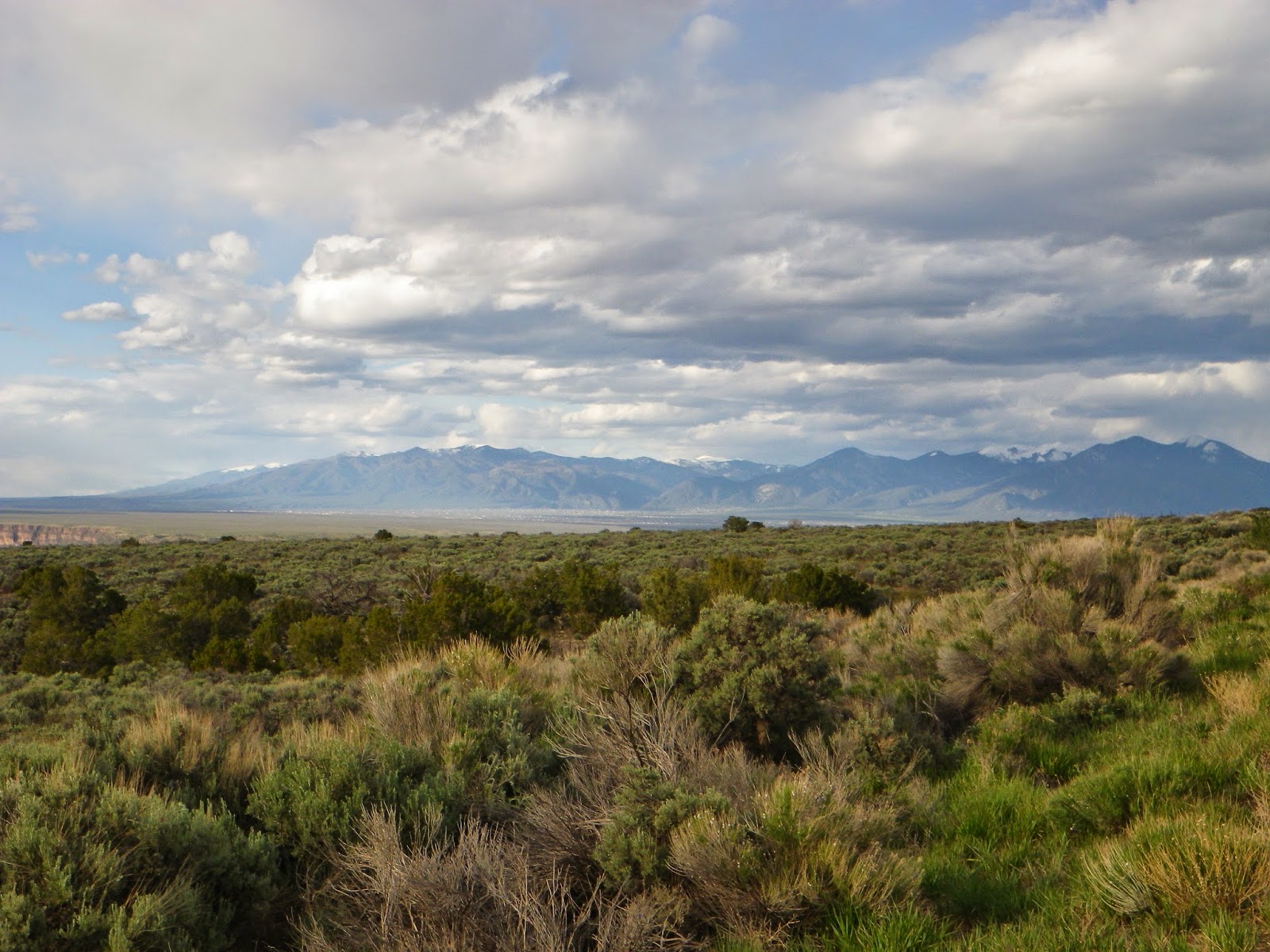 We wound a long way down a bumpy dirt road at the bottom of a mountain valley, and unable to find any nice looking campsites, turned around. Just to find ourselves traveling even farther away from Taos, down another dirt road. We finally found a good spot by a stream. We had been driving far too long. We're in the Carson national forest and it is a huge wilderness area. The moist air hit us unexpectedly, it even rained a little. We had a fire. We left the desert I think, once again at 8000 feet, this now feels like Colorado 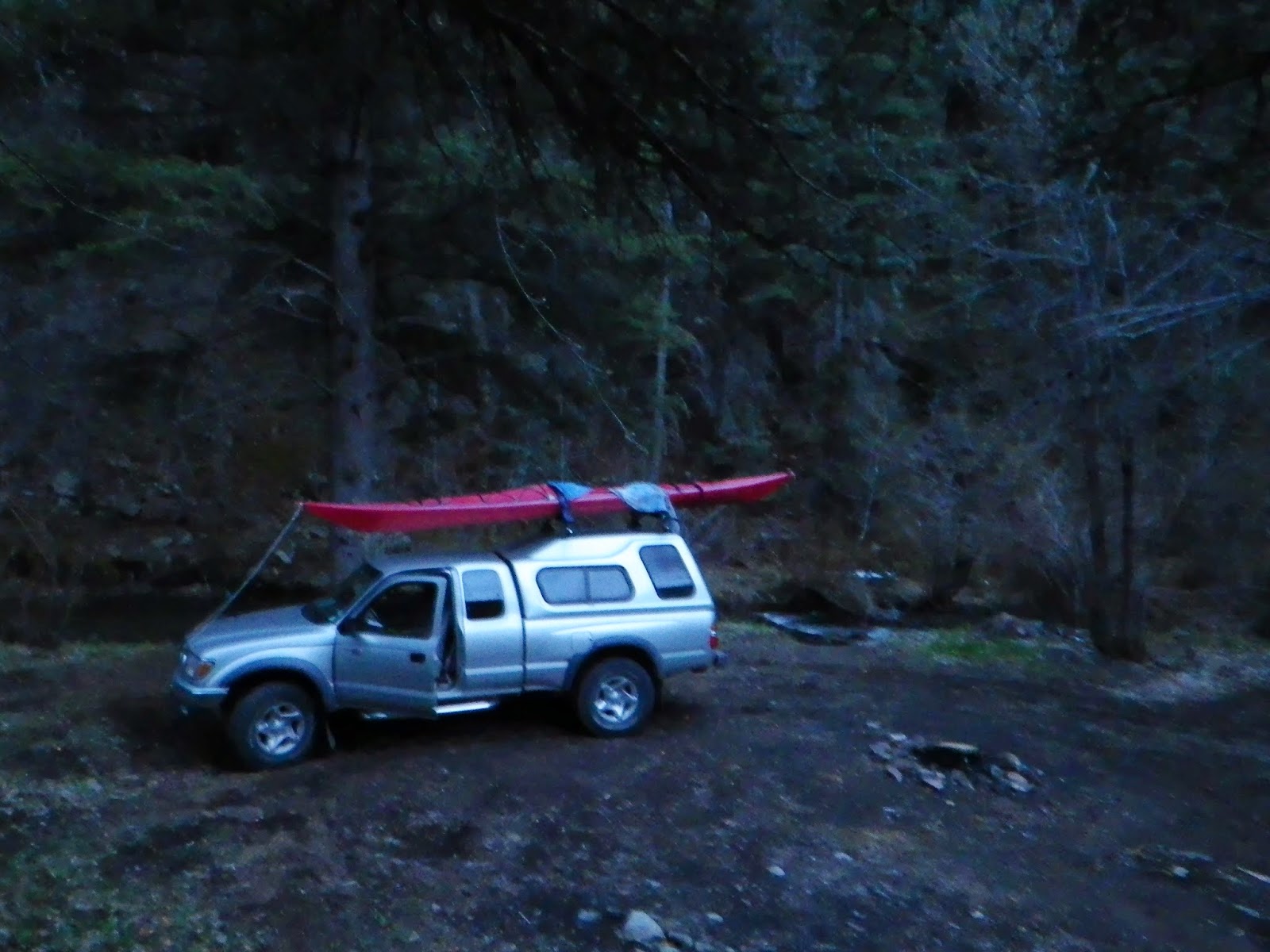 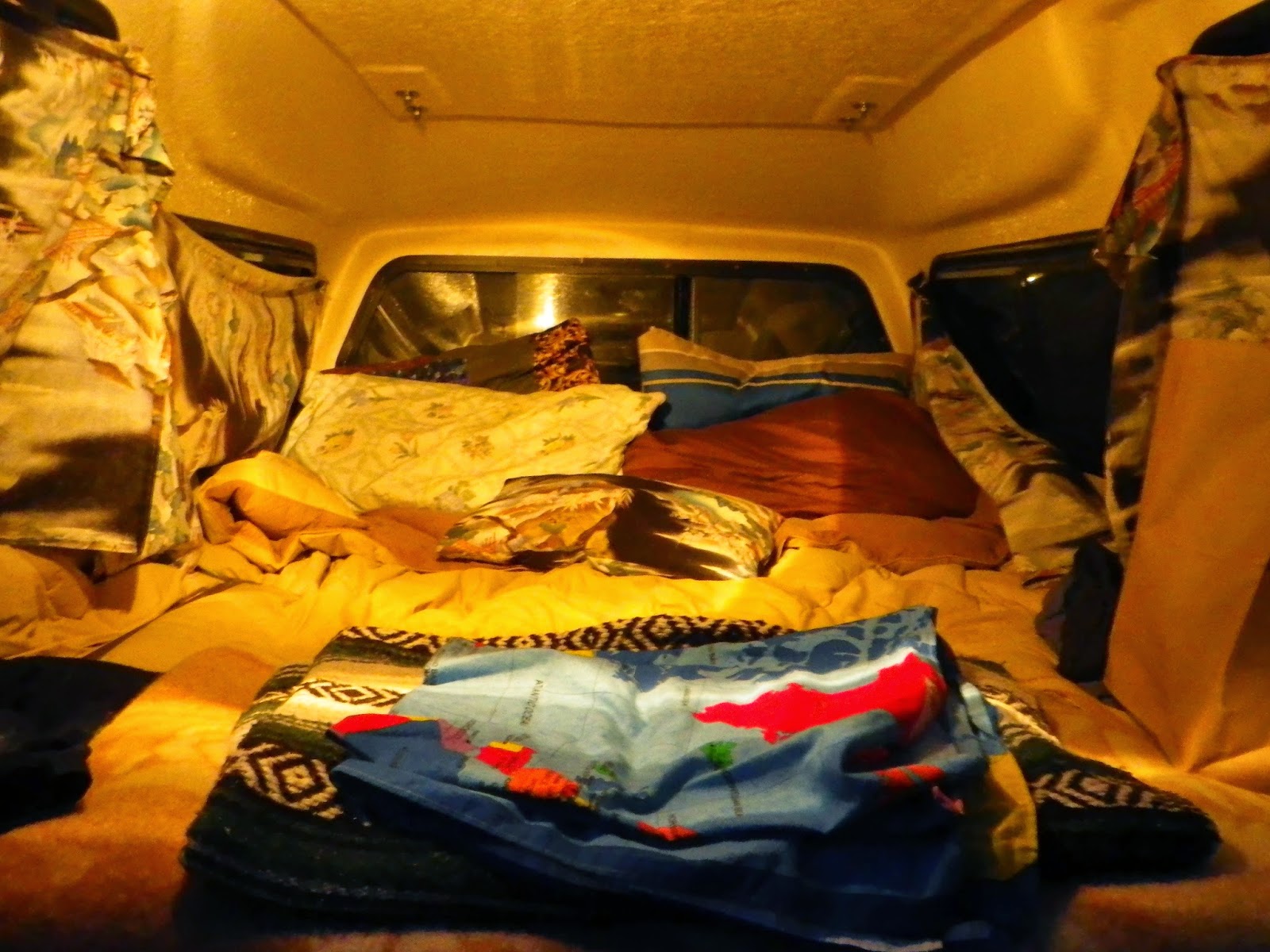 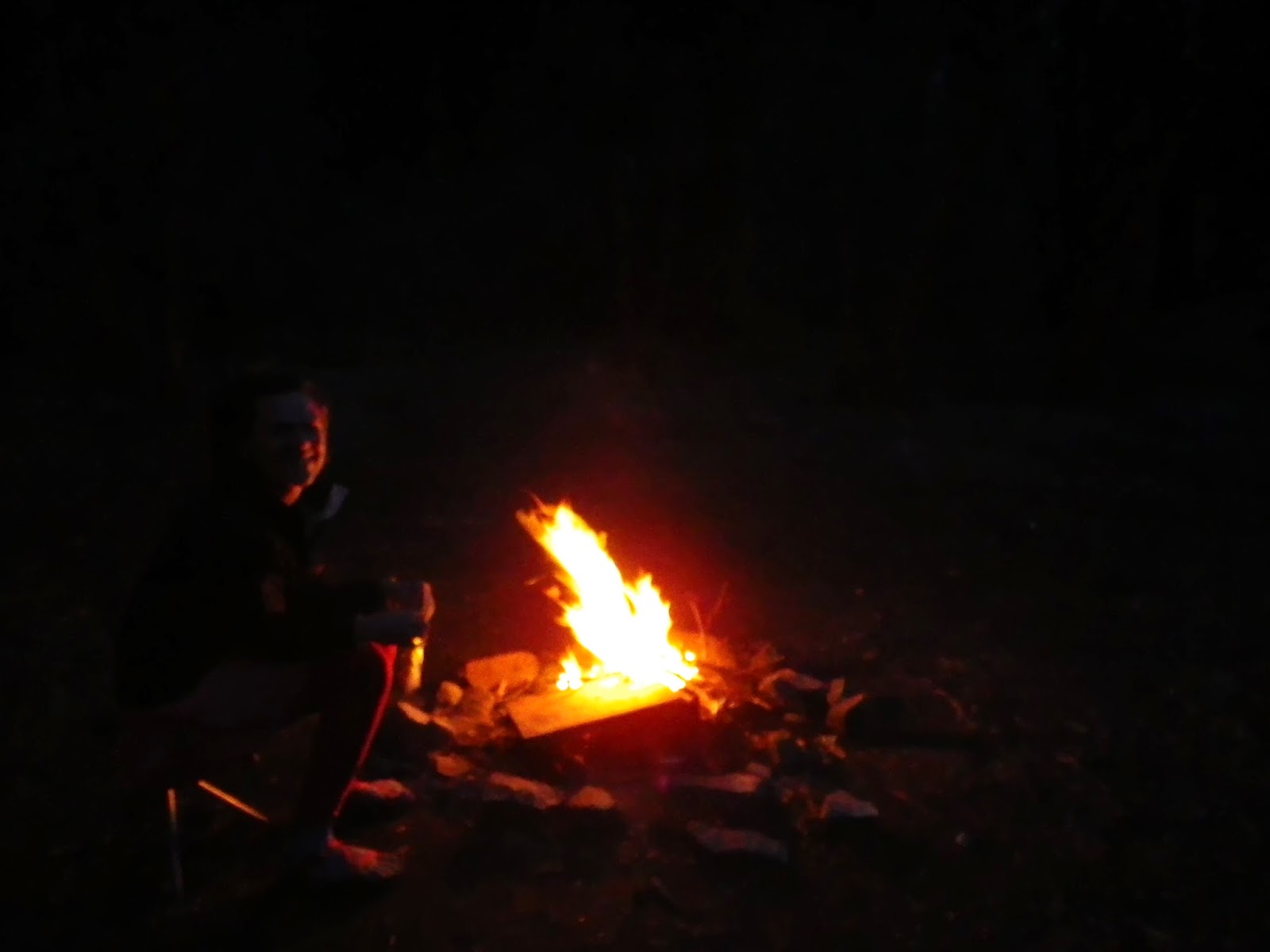 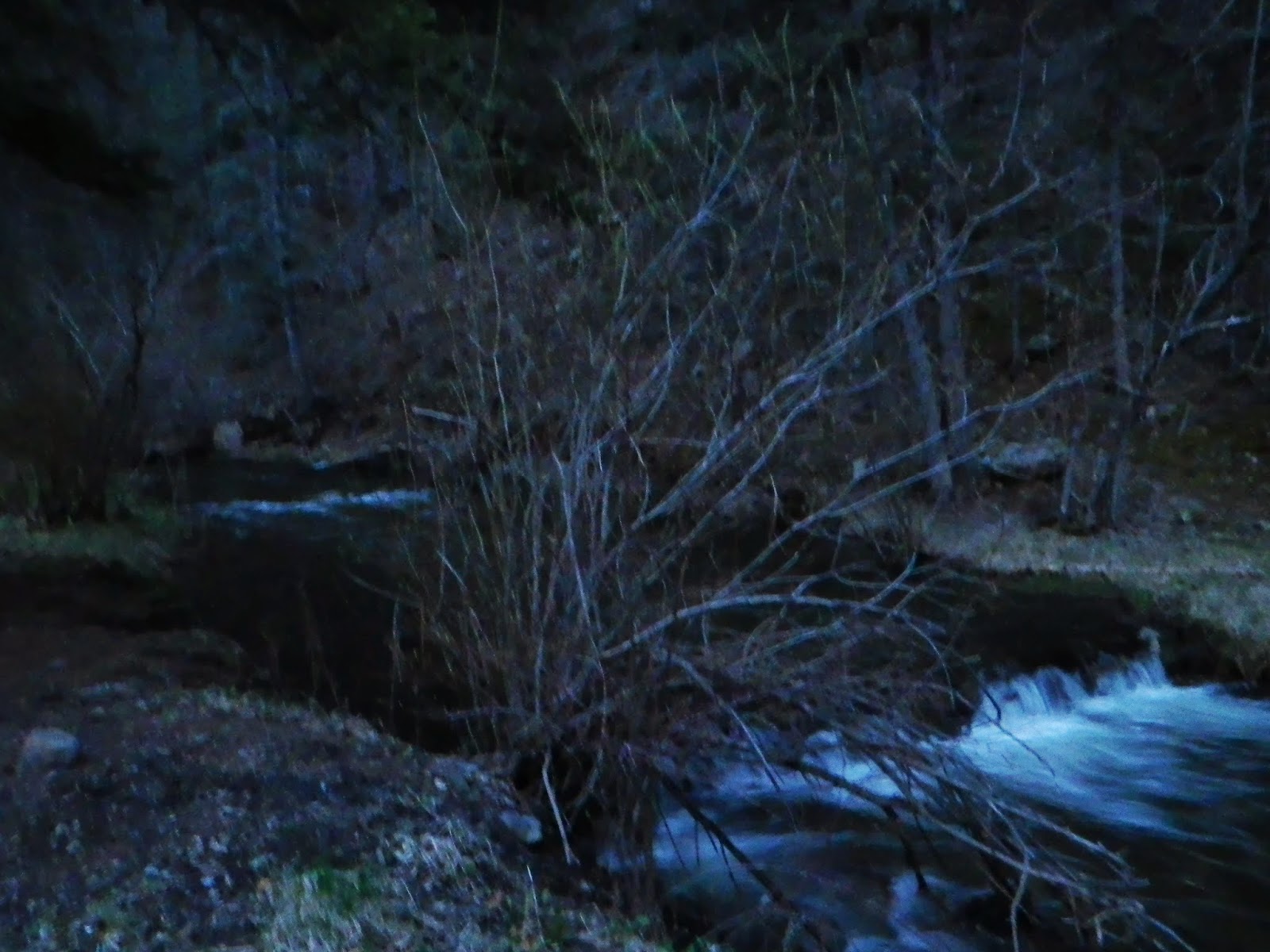