May 18
We woke up on top of a small cliff looking down on a river and the highway below us in the Uncompahgre national forest. 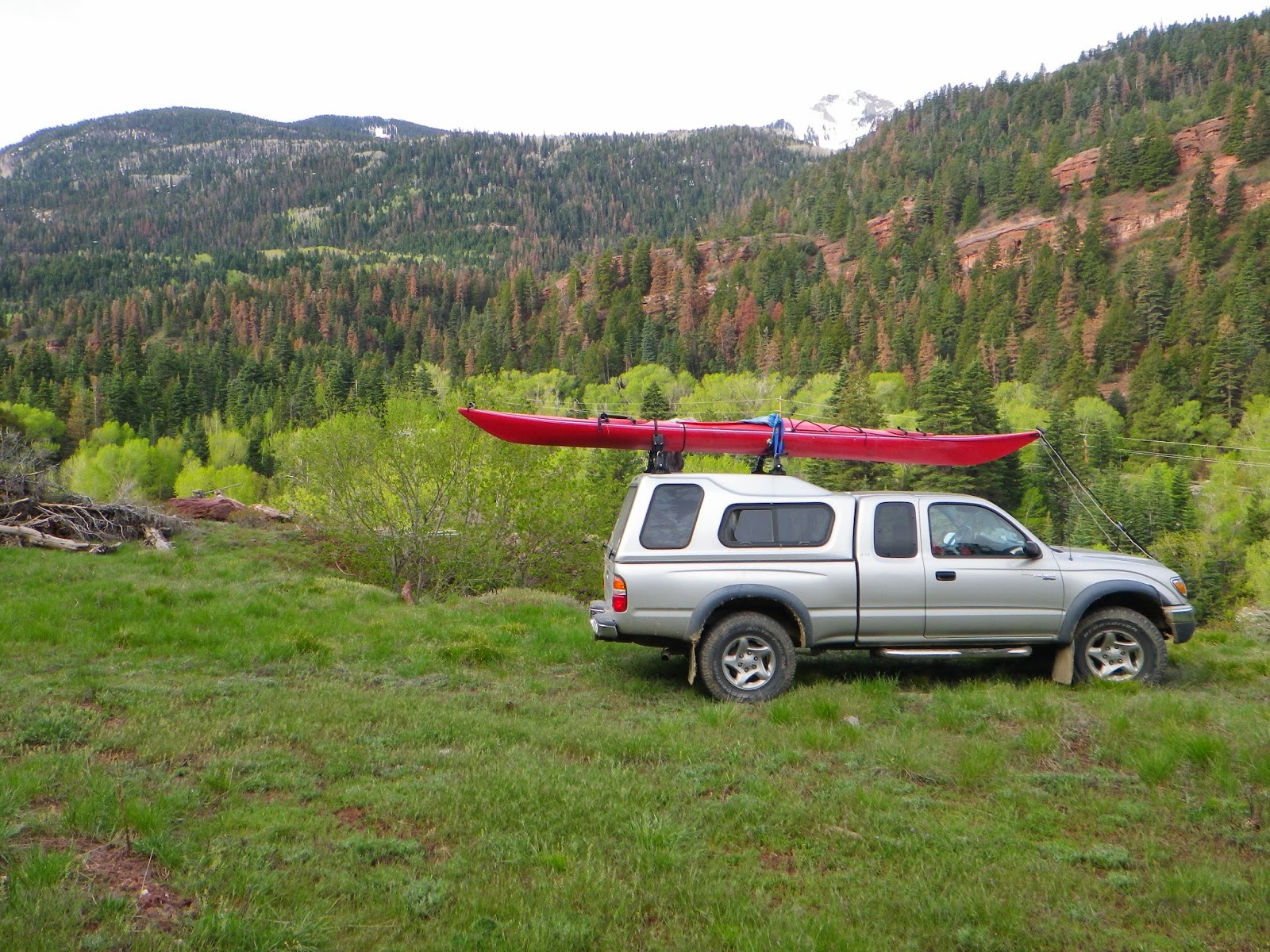 It was a mostly uneventful day, we started driving outside Ouray and were headed for Denver. We took a scenic back road that should have brought us to Carbondale. I missed my turn and wound up going the wrong way. We were driving along the rim of a fantastic canyon which we didn't realize was Black Canyon of the Gunnison national park. 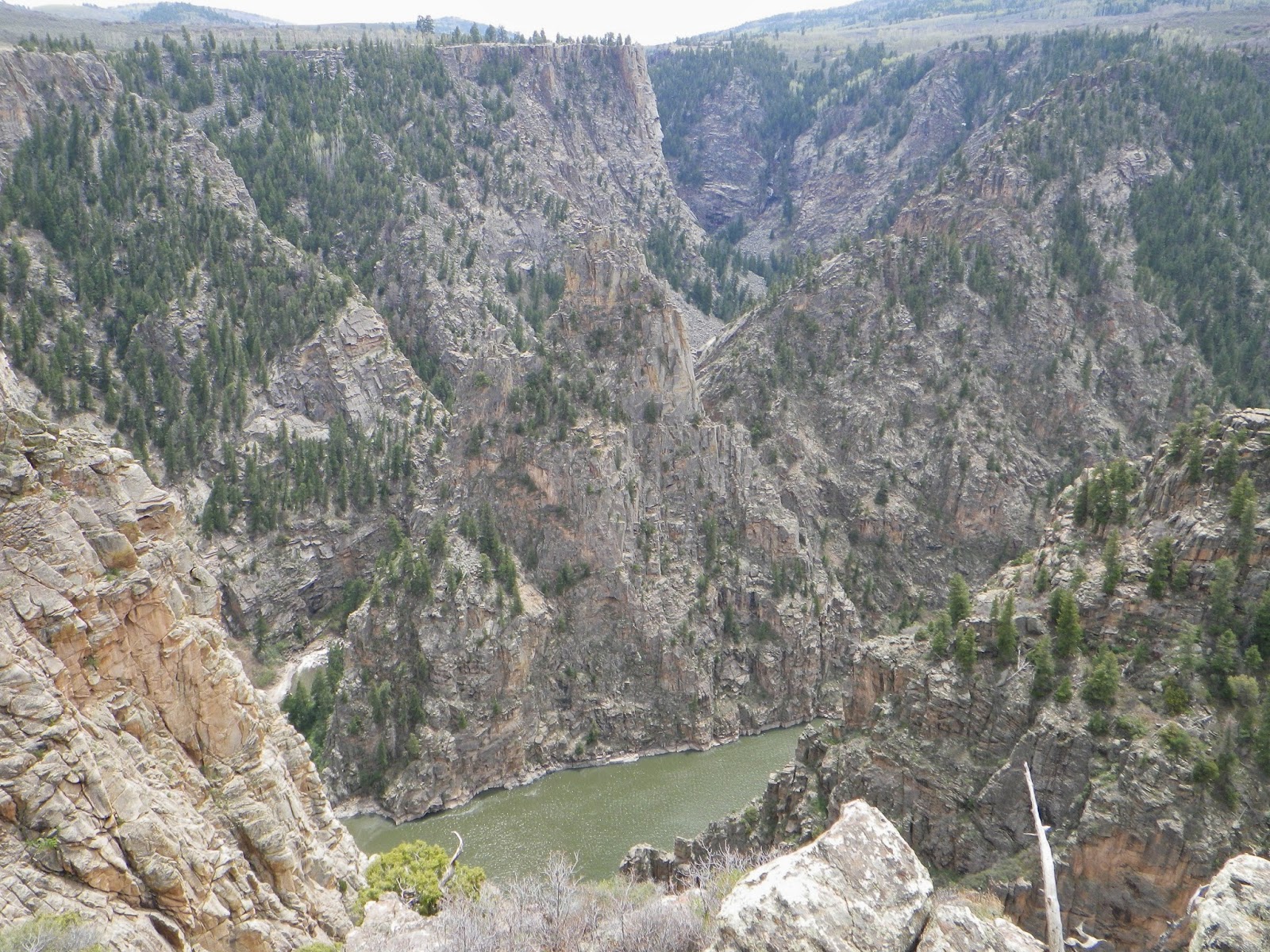 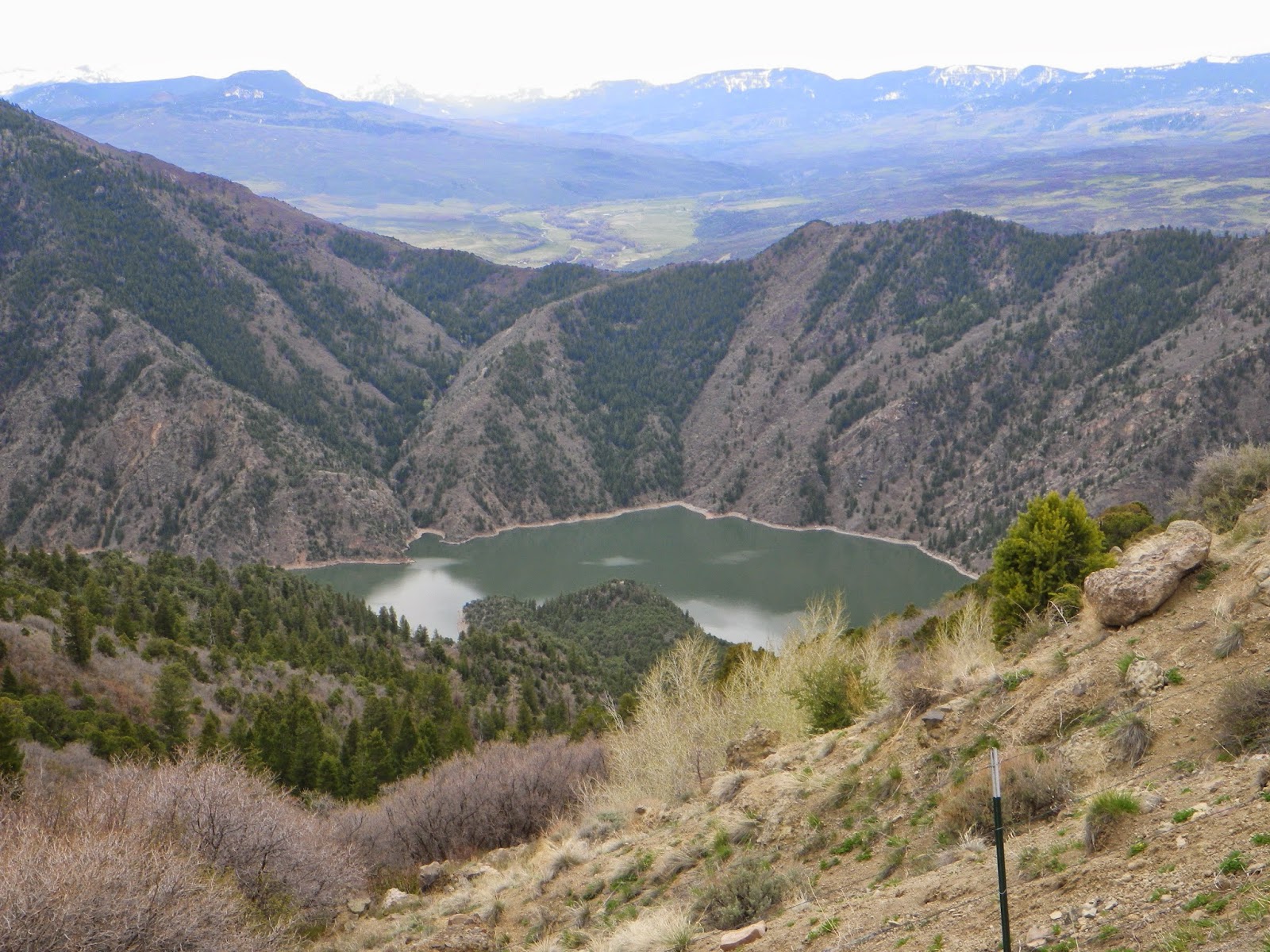 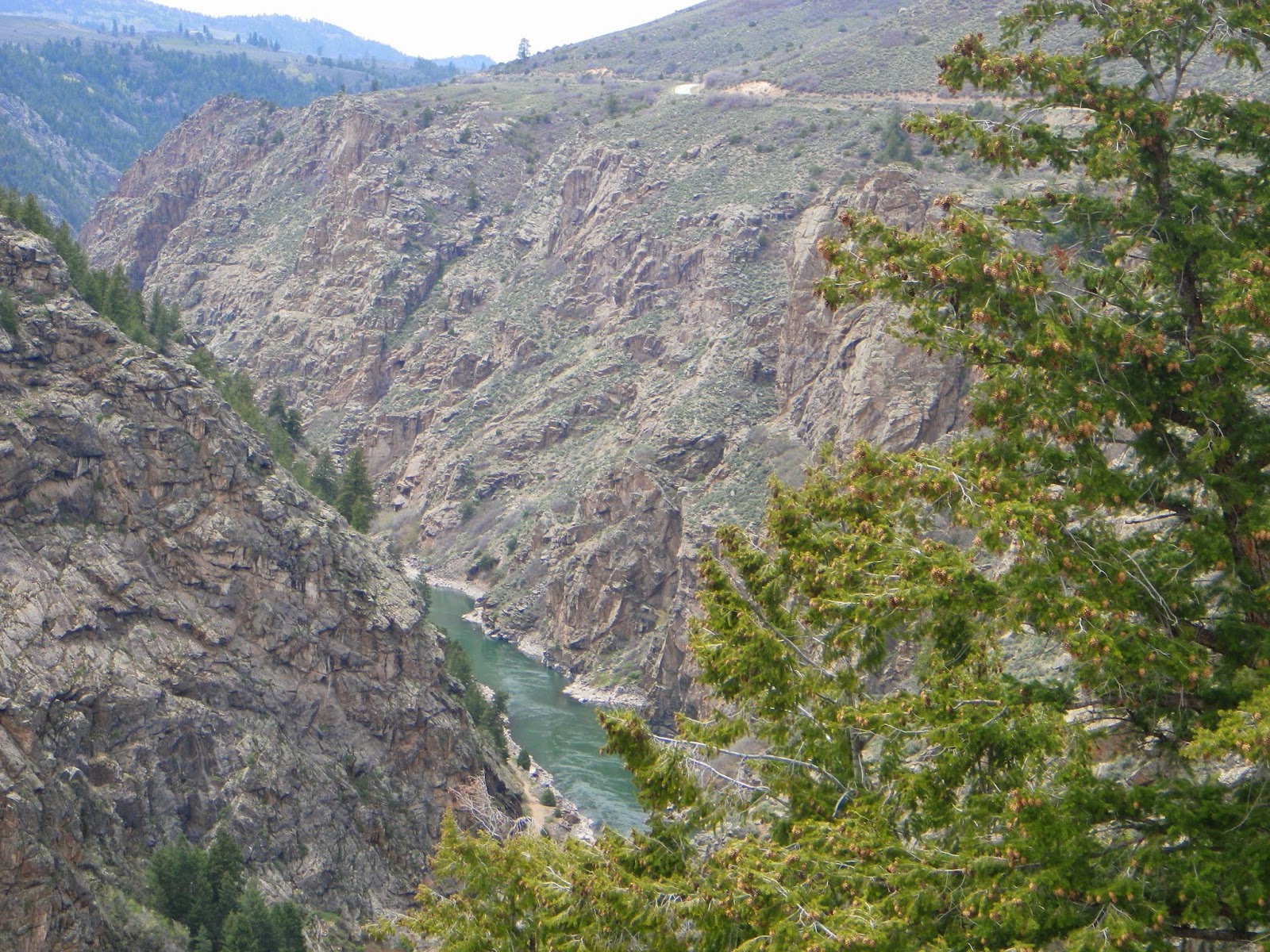 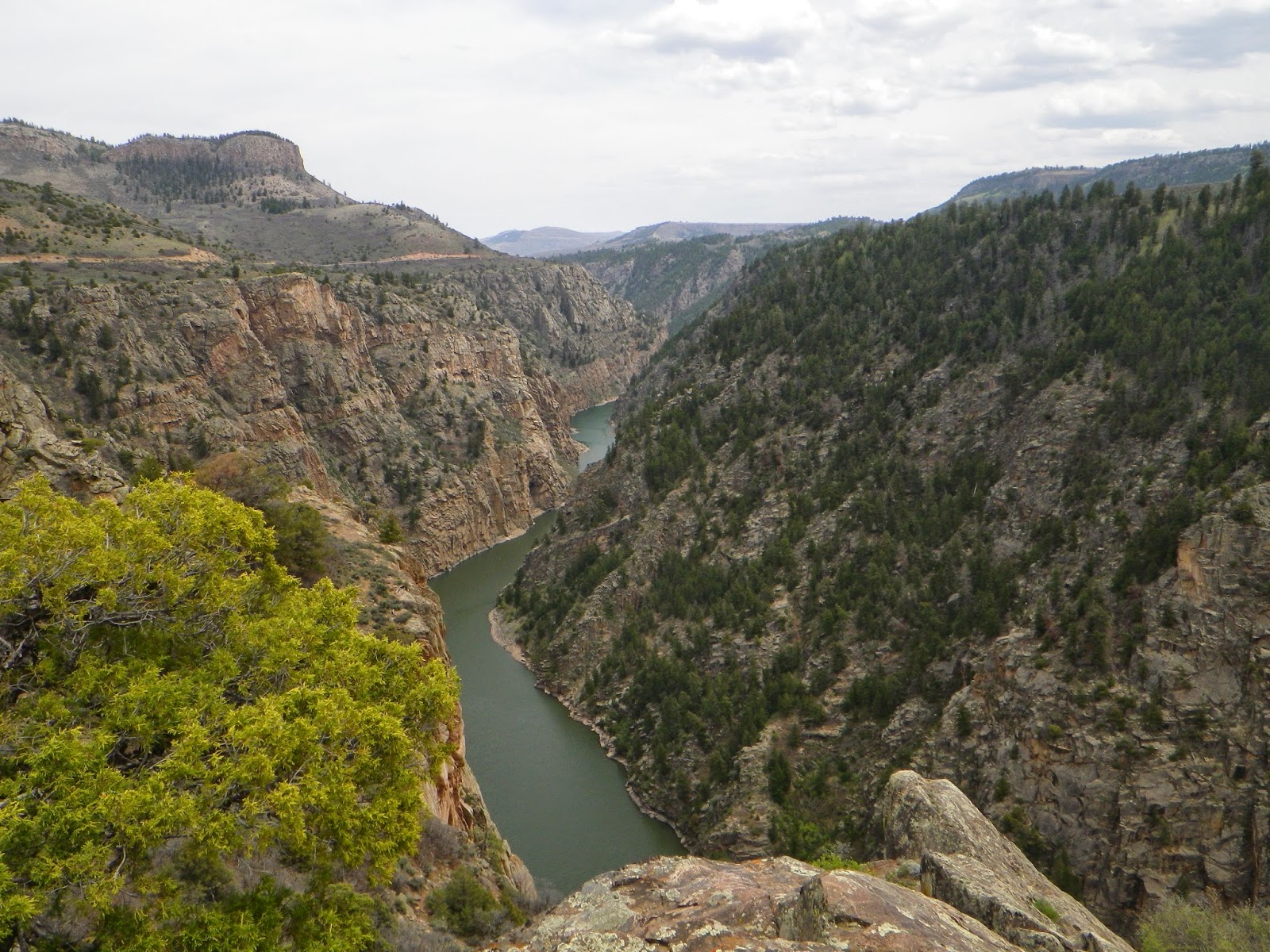 At some point, highway 92 arrived at Curicanti reservoir and ding! Something suddenly clicked in my mind and I recognized the place. I slept at this reservoir one year ago and had shot a rabbit here, how could I forget this place. Oh my god we went the wrong way! I suddenly realized. We had just added about 4 hours to the drive. 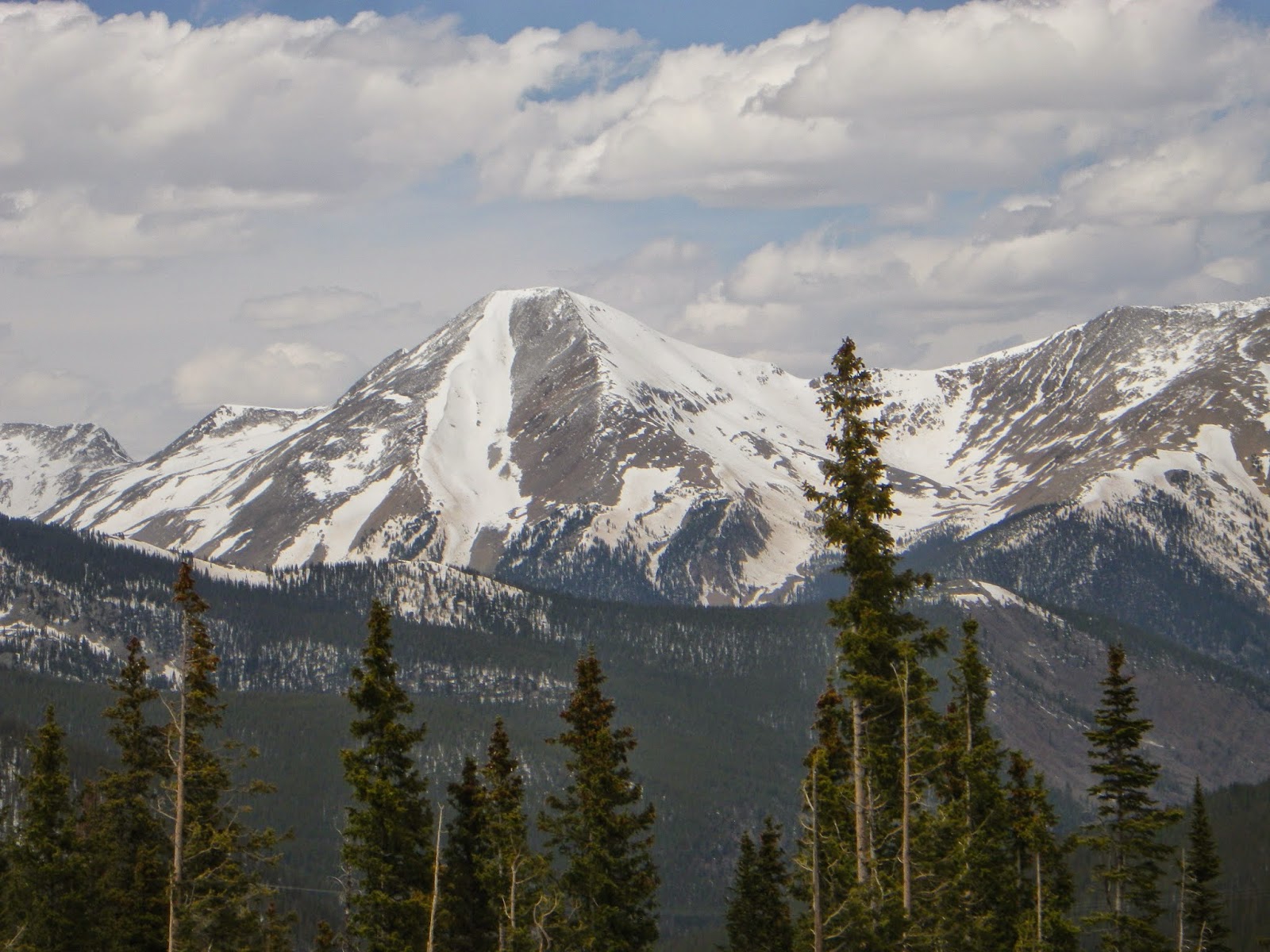 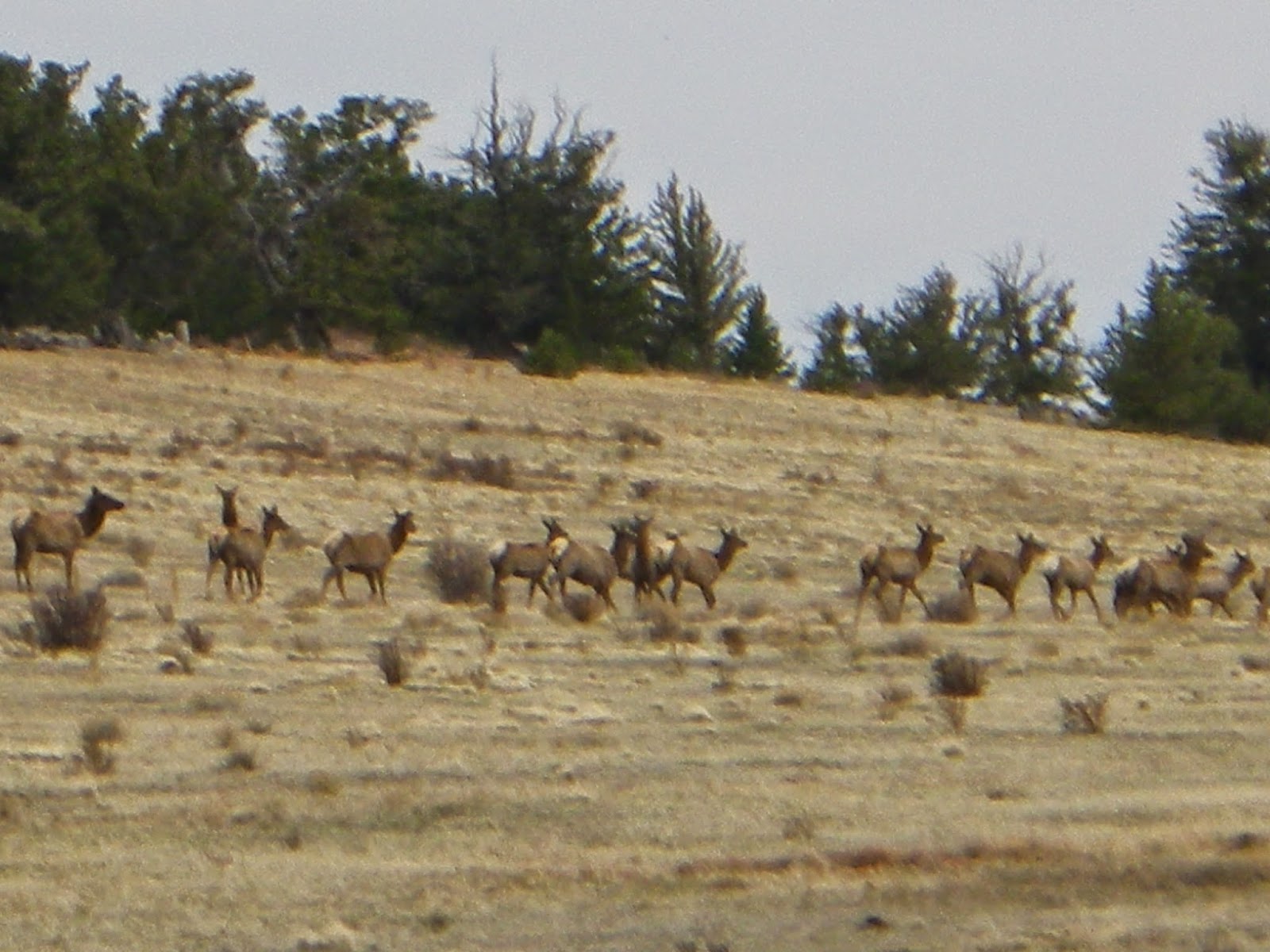 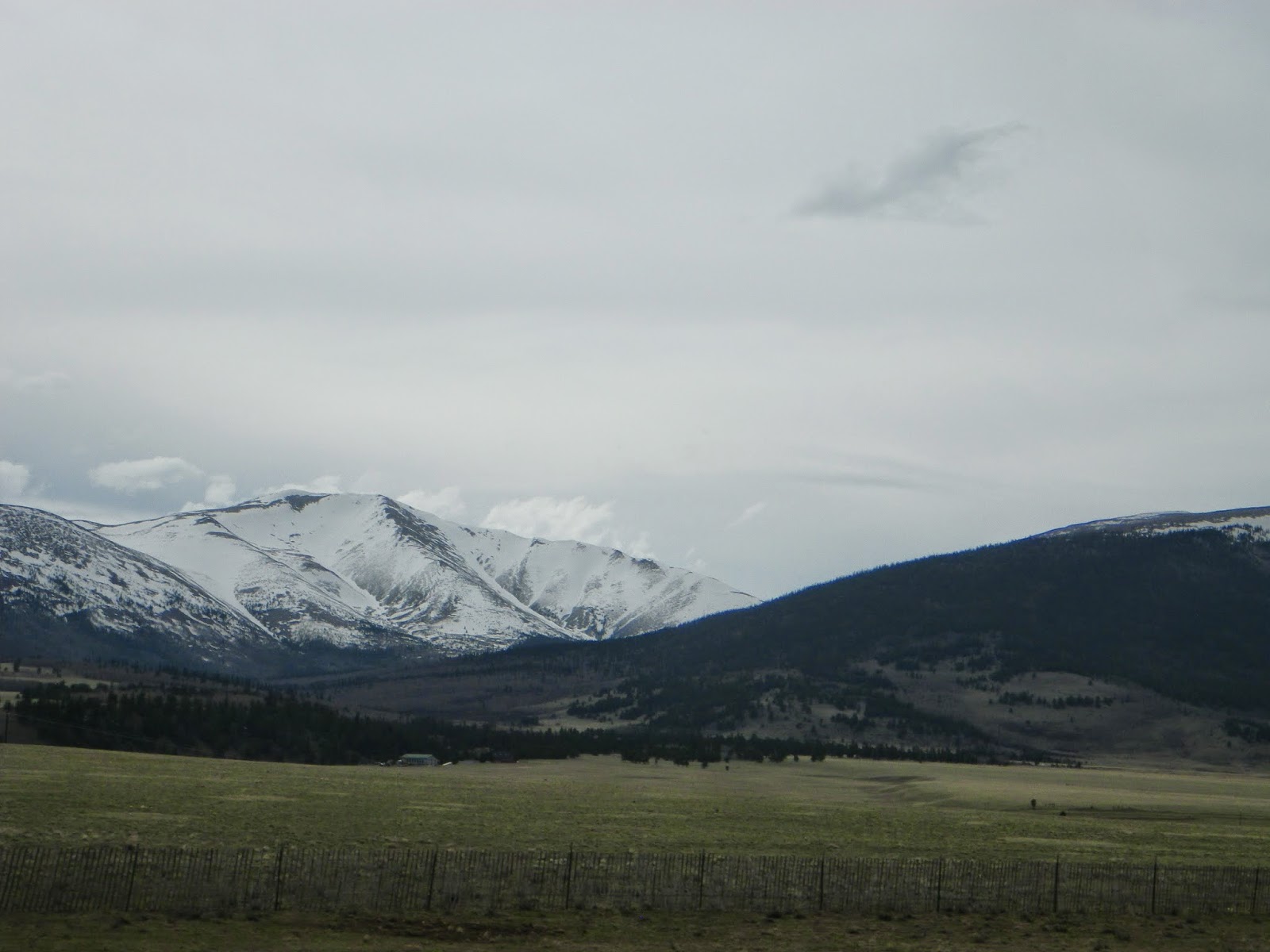 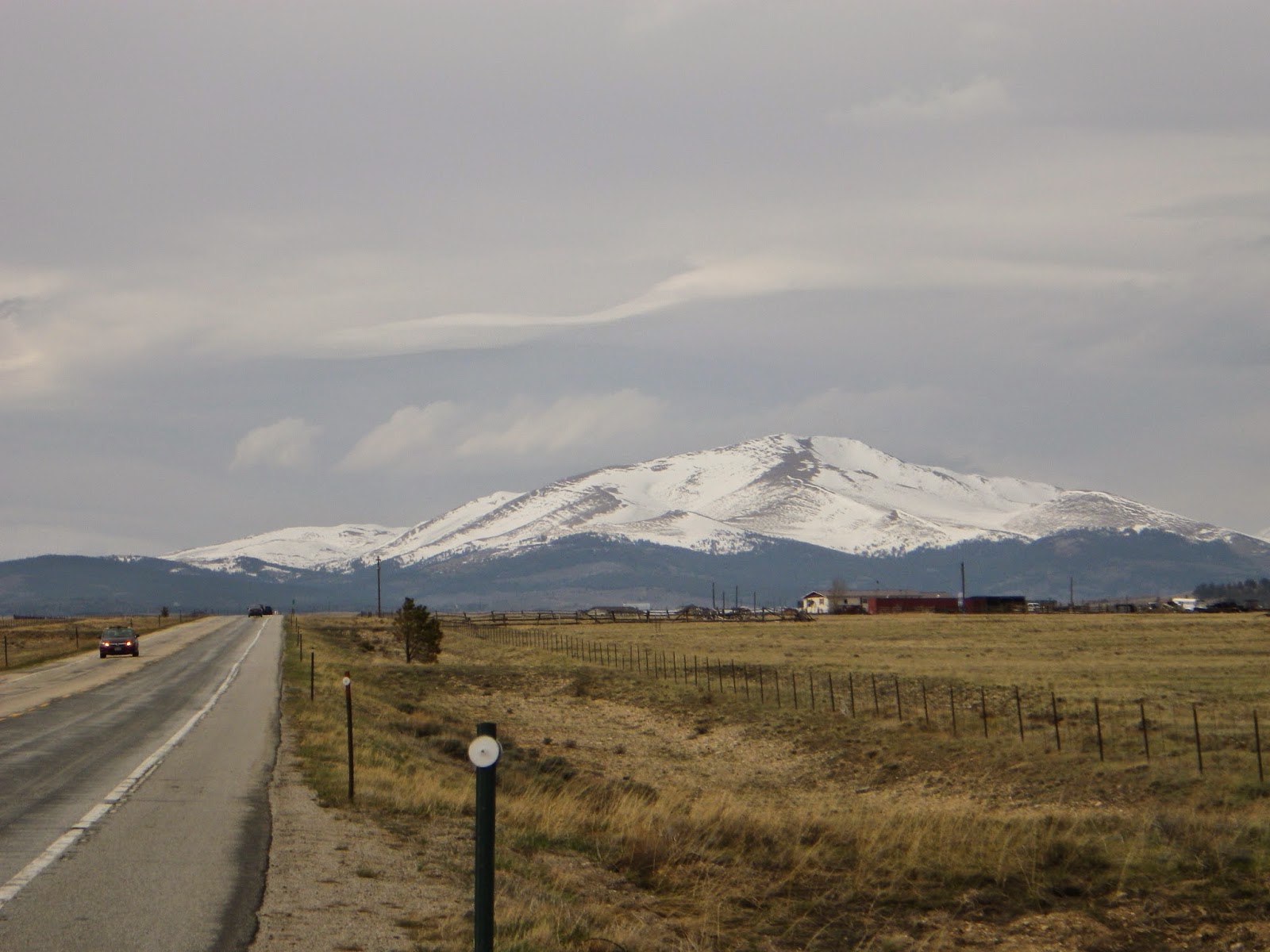 It took us a very long time to get to Denver and at some point we got loopy driving for so long at 10,000 feet, but eventually we arrived at Aunt Joan's house.  What a great lady she is!  She cooked us a salmon salad and homemade chocolate mint cake with strawberries.  Pears, fine cheese, and coconut almonds.  It was fun meeting her after hearing about her for so long.  It was also great to have a shower and play the piano at her house. 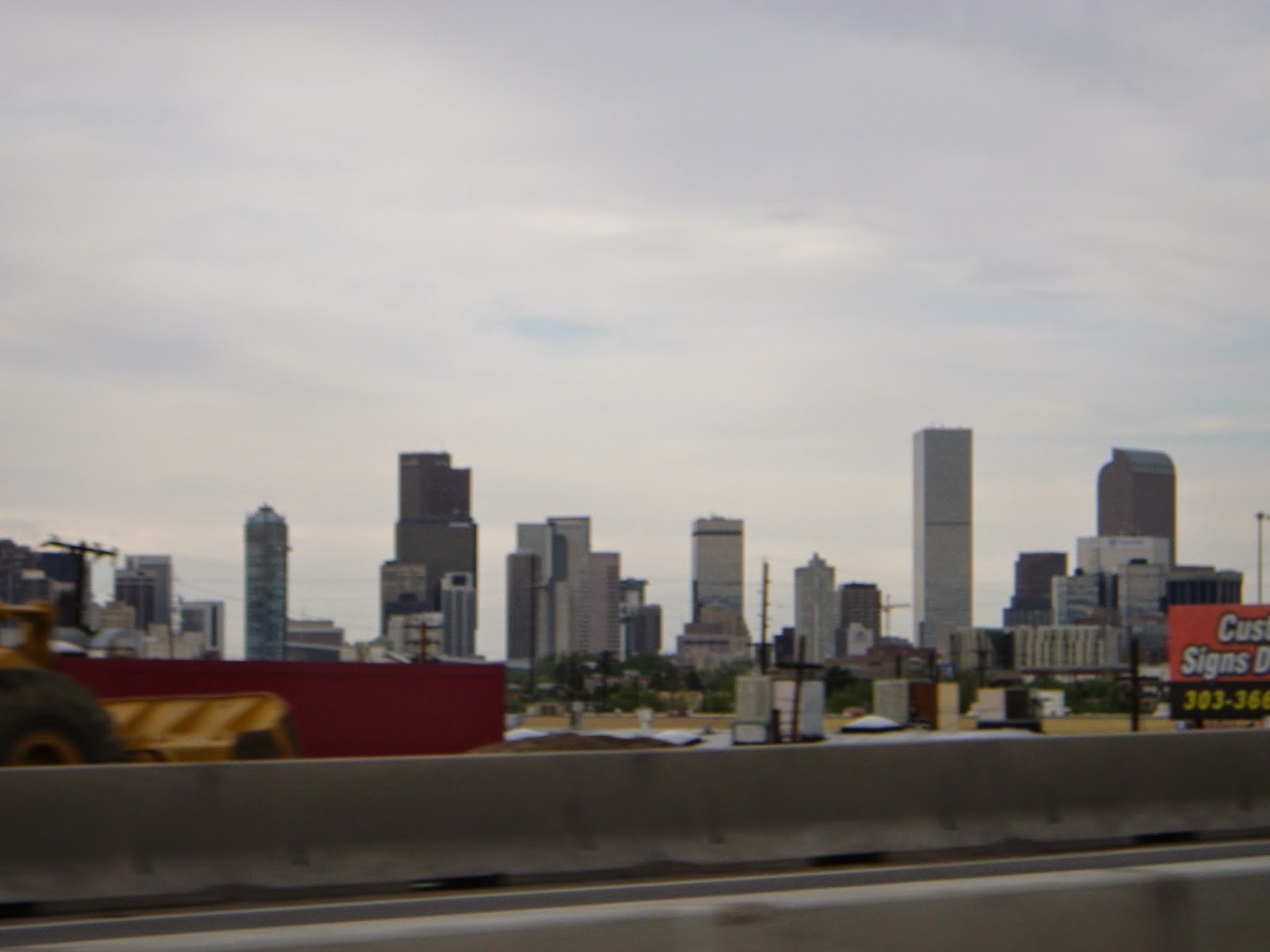 In the morning of the next day Joan fed us some more fantastic food: homemade chicken coconut curry soup, seaweed salad, garlic bread, spicy cayenne peanut butter, and of course more cheese, and apples, and strawberries and mint cake!  What did we do to deserve this!

Then we left Joan's house and found our way to a Denver Marijuana dispensery!  It was pretty amazing, we showed a very enthusiastic girl our ID's and in we went.  It looked like a doctor's office with 6 professional looking people behind the counter, all busy dealing with customers.  There was loud music playing and we were immediately greeted by a stoner/doctor in a white uniform.  He had a genuine, half baked, smile on his face and began explaining in detail about his products and the new law in Colorado.  He spent a half hour of his time giving us fantastic customer service, clearly he loves his job.  I bought weed with a debit card!  It really felt like the future is now, the rest of the country will eventually follow Colorado.  I believe they can't ignore this industry forever, it felt really cool to see history happening. 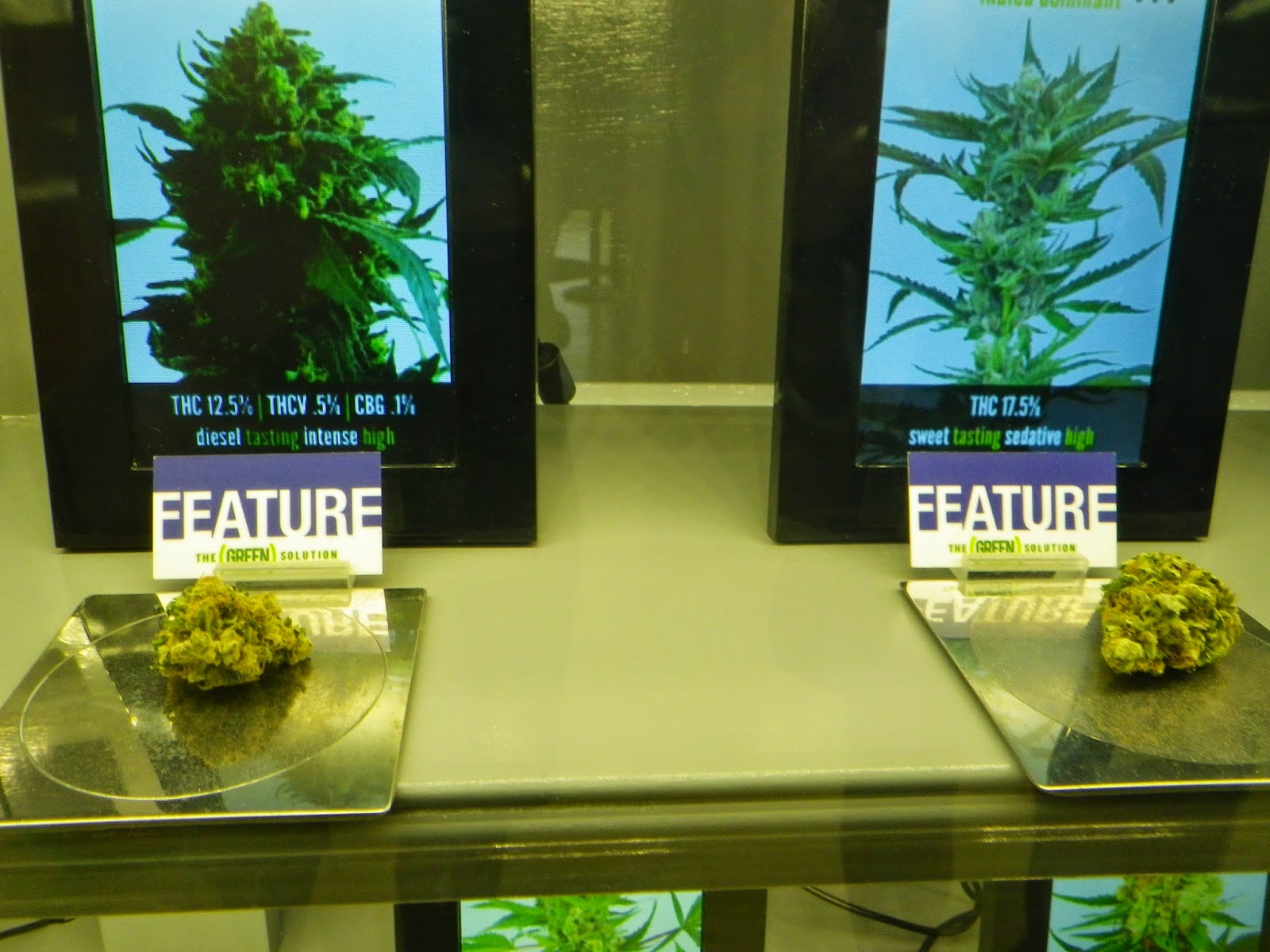 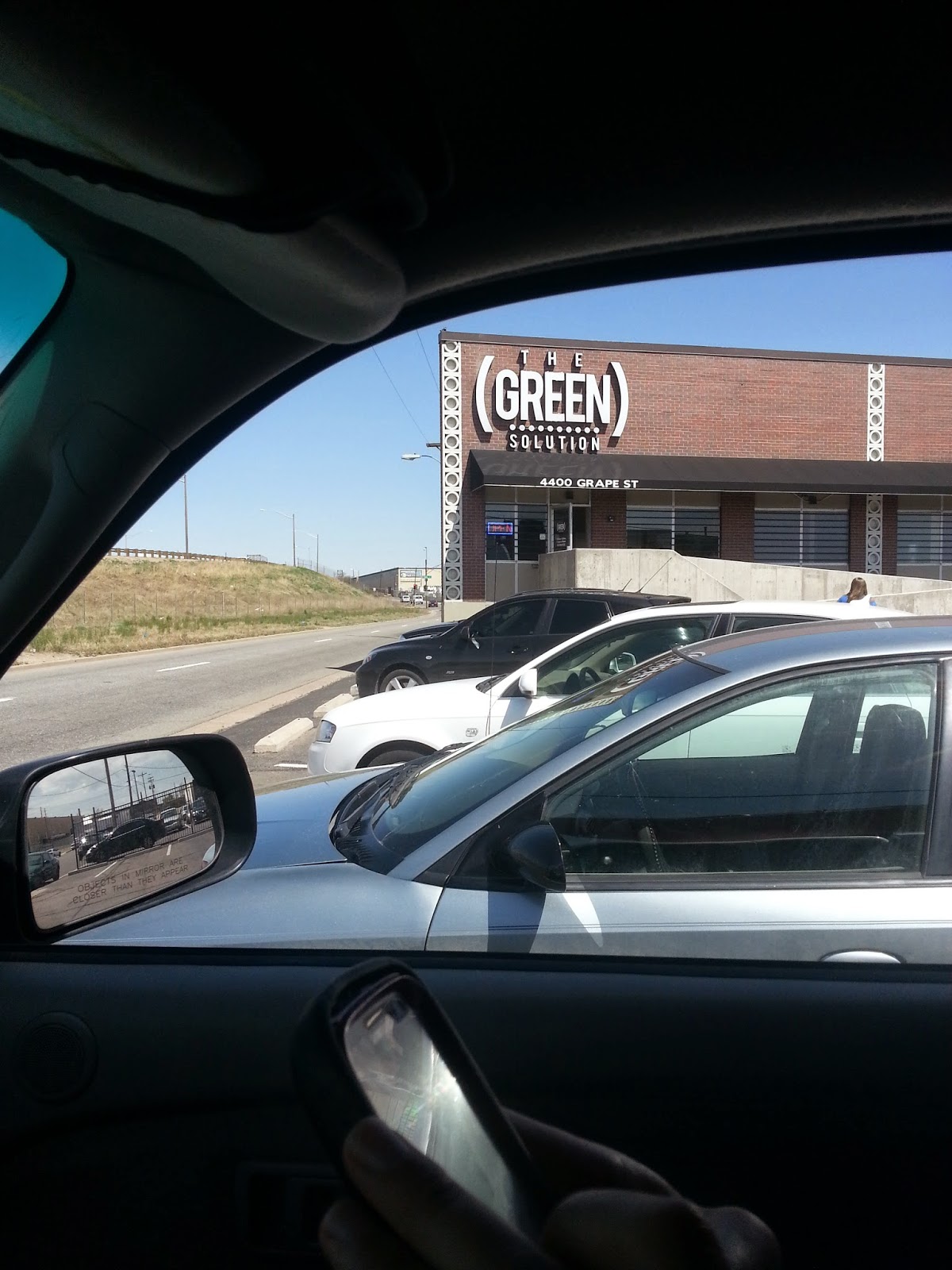 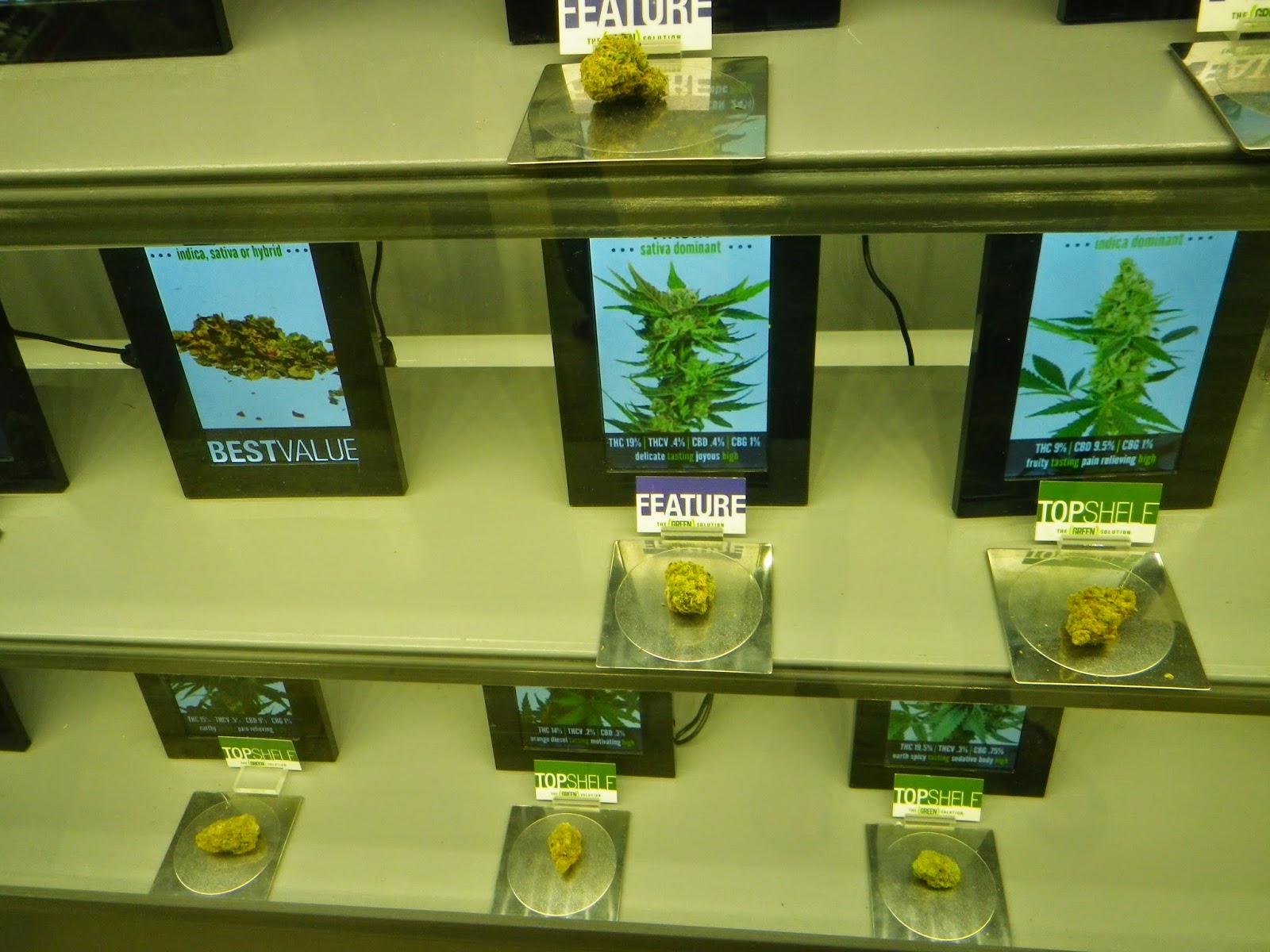 The fun-loving city of Denver is clearly stoned out of its mind and away we went, to cross the vast ocean of the great plains.  Eastern Colorado is a wasteland.  An expansive wasteland of dried up grass, mostly flat, some small hills.  The occasional wind farm speckling the horizon with hundreds of strange spinning turbines.
Then Kansas is really flat.  Flat as a pancake they say.  It was a warm sunny drive, but it wasn't long into Kansas before we wanted to stop.  We pulled off the interstate on a long lonely back road and drove away from the setting sun.  Finally we stopped in a small patch of woods where we could hide ourselves out of sight between the farms. 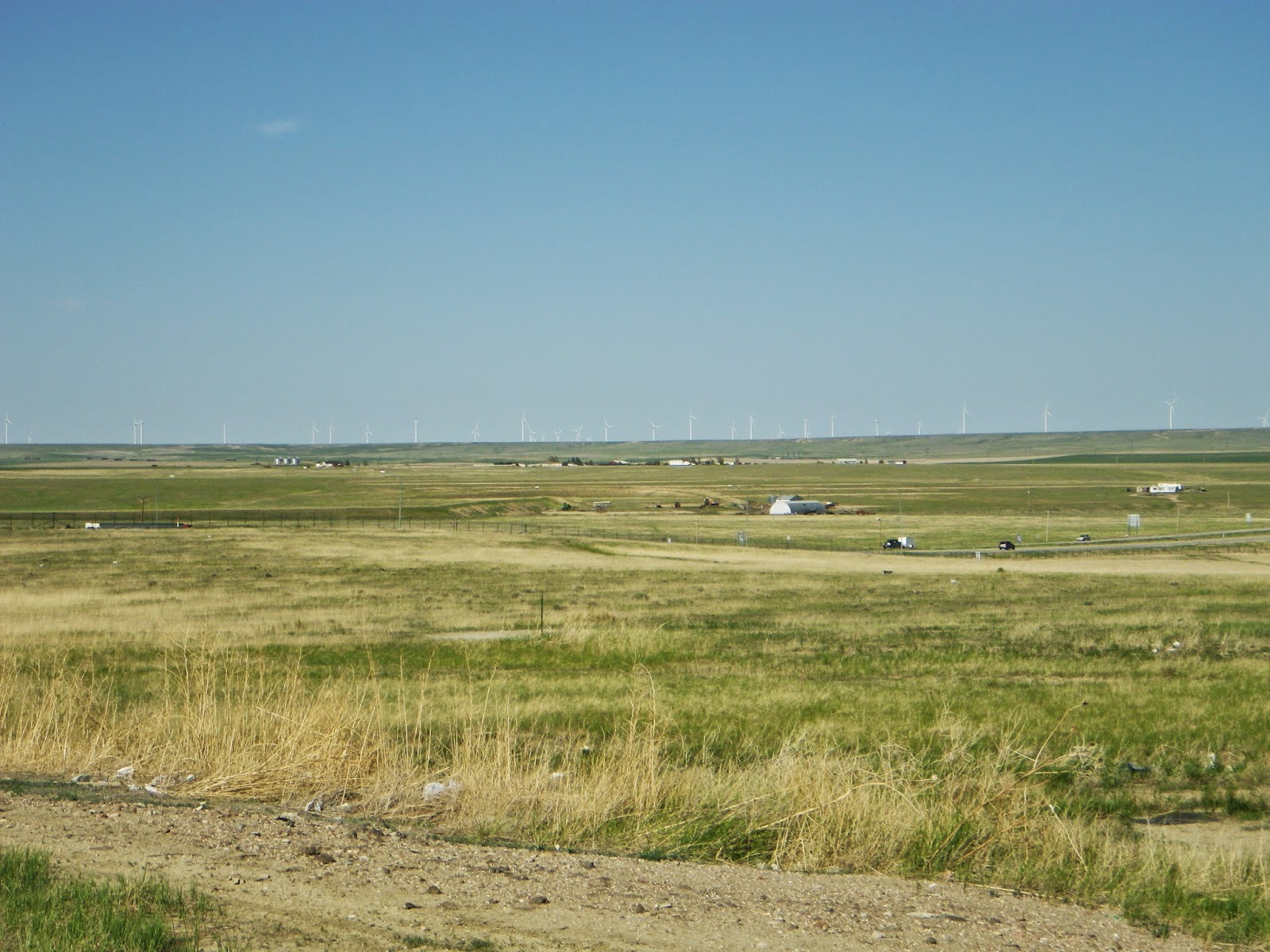 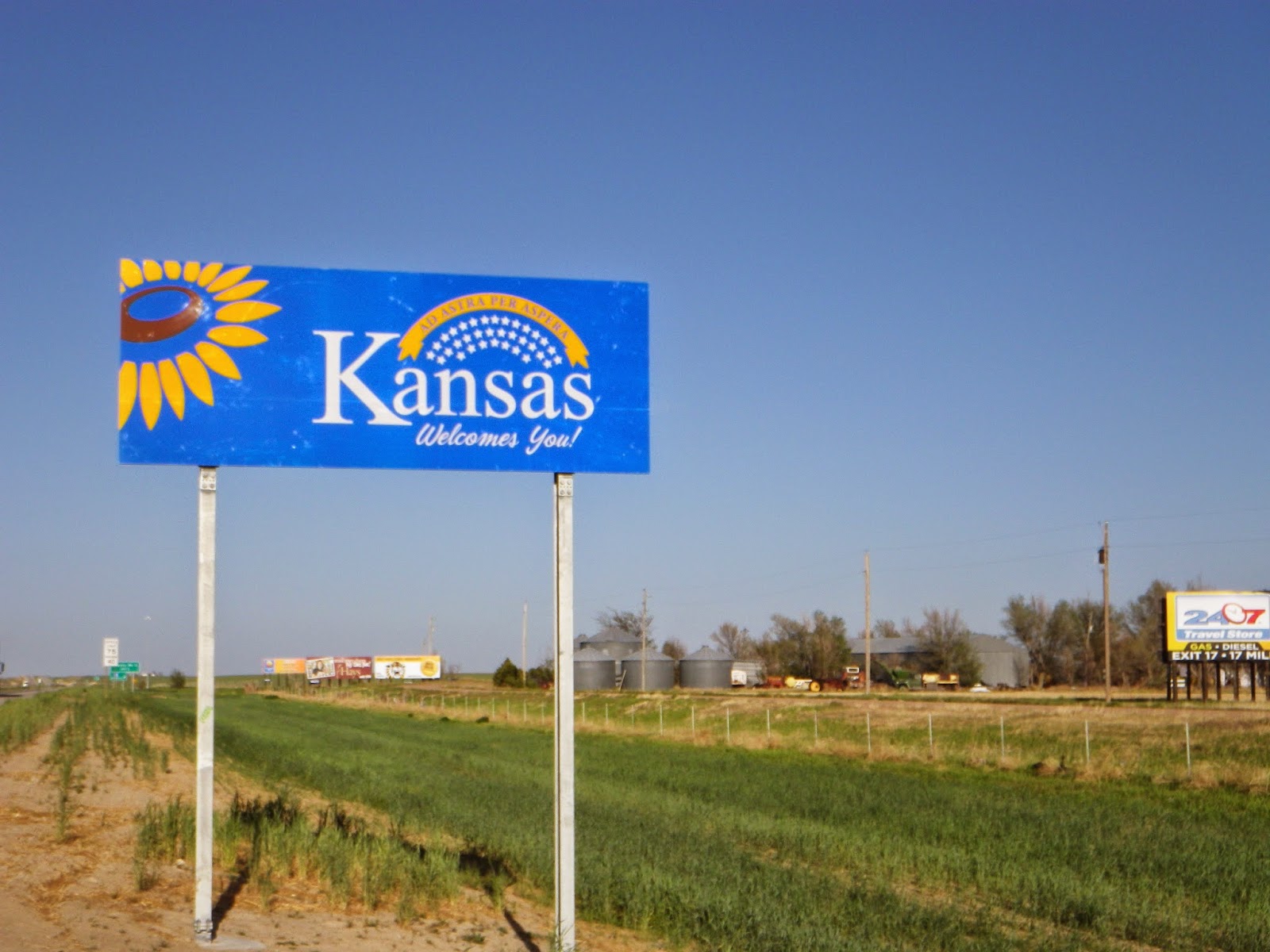 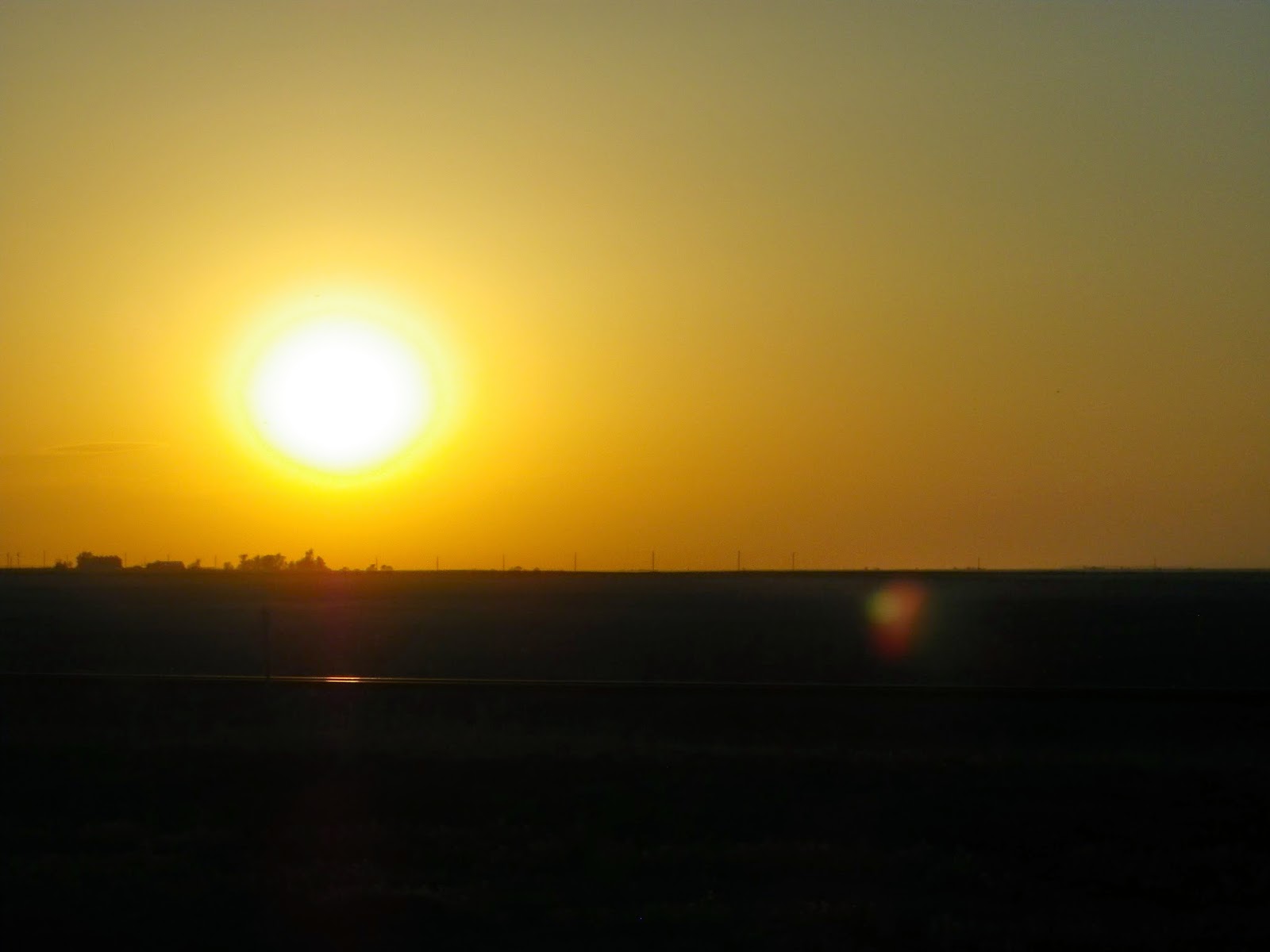 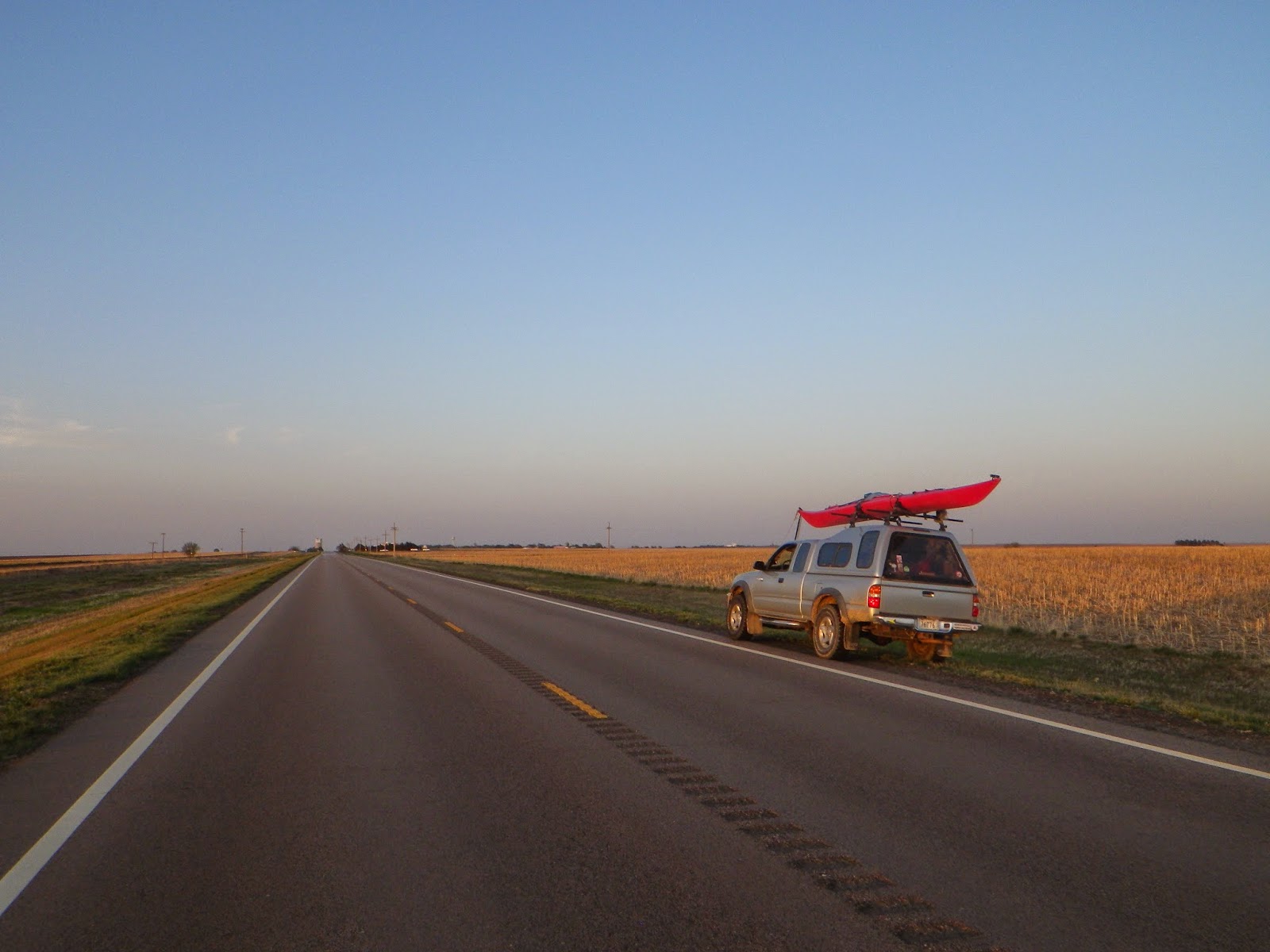 The next day we drove for 10 hours.  A straight shot across Kansas.  It was 86 degrees and extremely muggy and humid.  We sweated it out the whole way.  We were dazed and disoriented, spent a while eating Panera bread and wandering Kansas city. 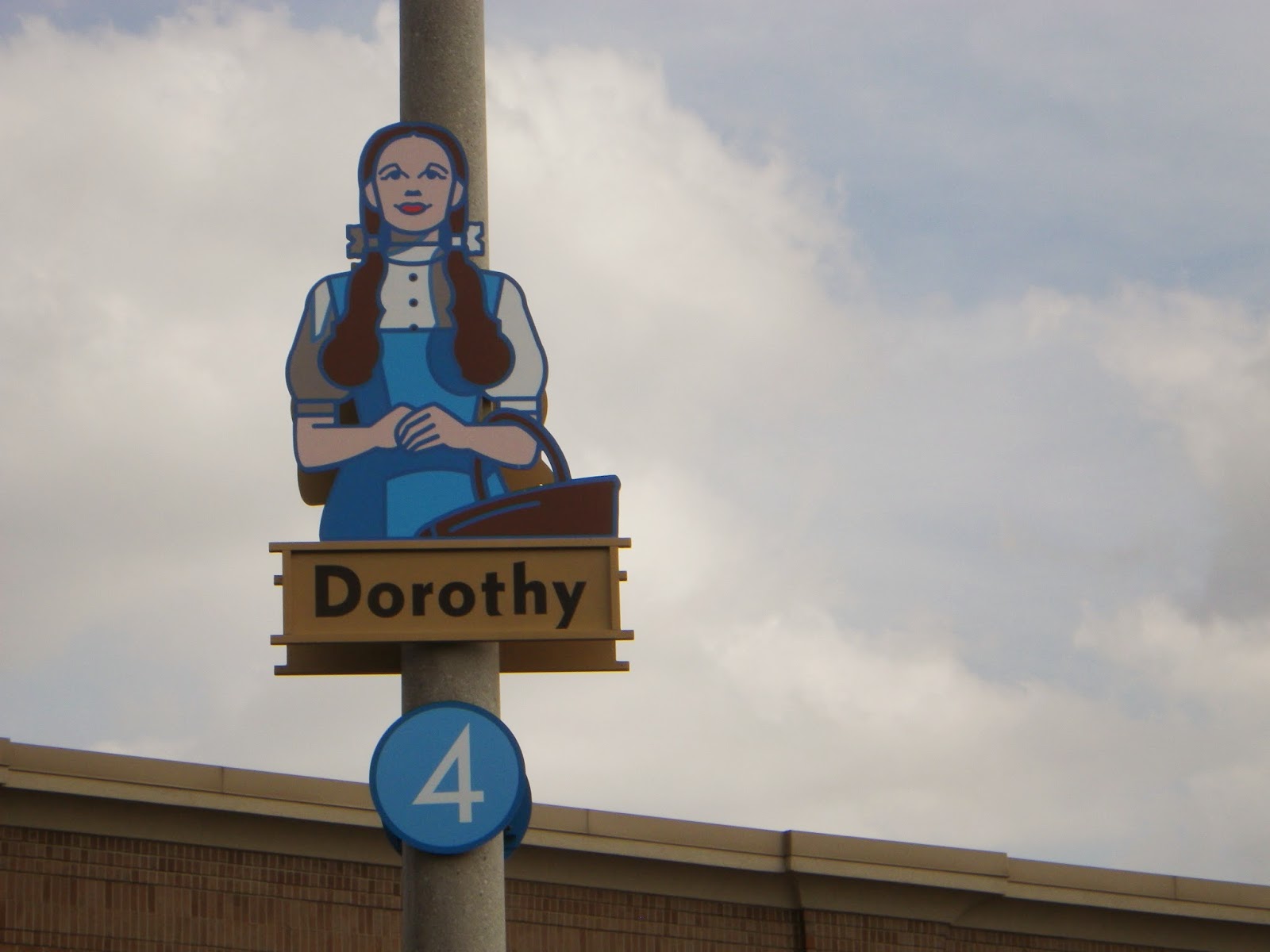 Finally, after a long drive northward across Missouri, with sweaty sticky butts, we arrived at Iowa.  The homeland. 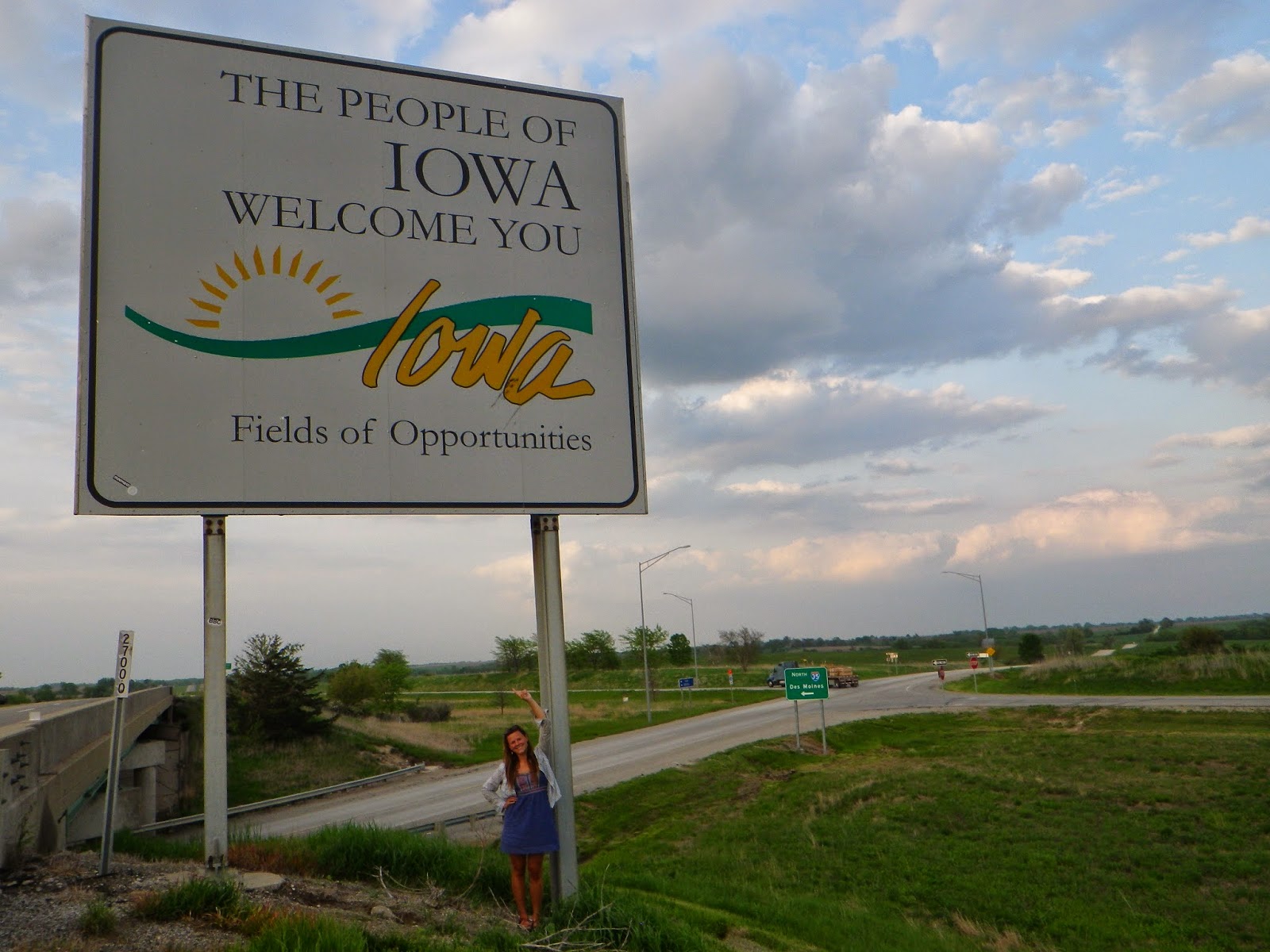 The grass is green here, the trees and lakes more numerous.  The storm clouds gathering now, and as they broke on us as we passed through Des Moines Maggie was home!  A fantastic sunset and then wild lightning all around us.  Flooding rain and booming thunder as I drove through Ankeny for the first time.  Soon enough we pulled into the village of Alleman, and following along a the fresh sprouted corn field, which extends placidly to the distant horizon, we pulled into Maggie's mom's driveway.  They have a beautiful home, a rude cat, and Maggie and I got to sleep in her normal bed.  She said it felt like no time had passed since she had been there last 6 months ago.
Posted by Unknown at 5:50 PM