June 4th
It it was definitely a day to remember.

We woke up at a rest stop in the bleak eastern Colorado plains. I was driving by 3:30 in the morning and had gotten less than 4 hours of sleep. Just got a little hot tea to keep me lively.

The Sun rose up on the walls that it is the Rockies behind Boulder, the mountains protruding aggressively from the flat plains. We drove into them and at about 8:30 had arrived at beautiful Estes Park. We drove right through the ritzy little town without stopping and went instead to the Rocky Mountains National Park. 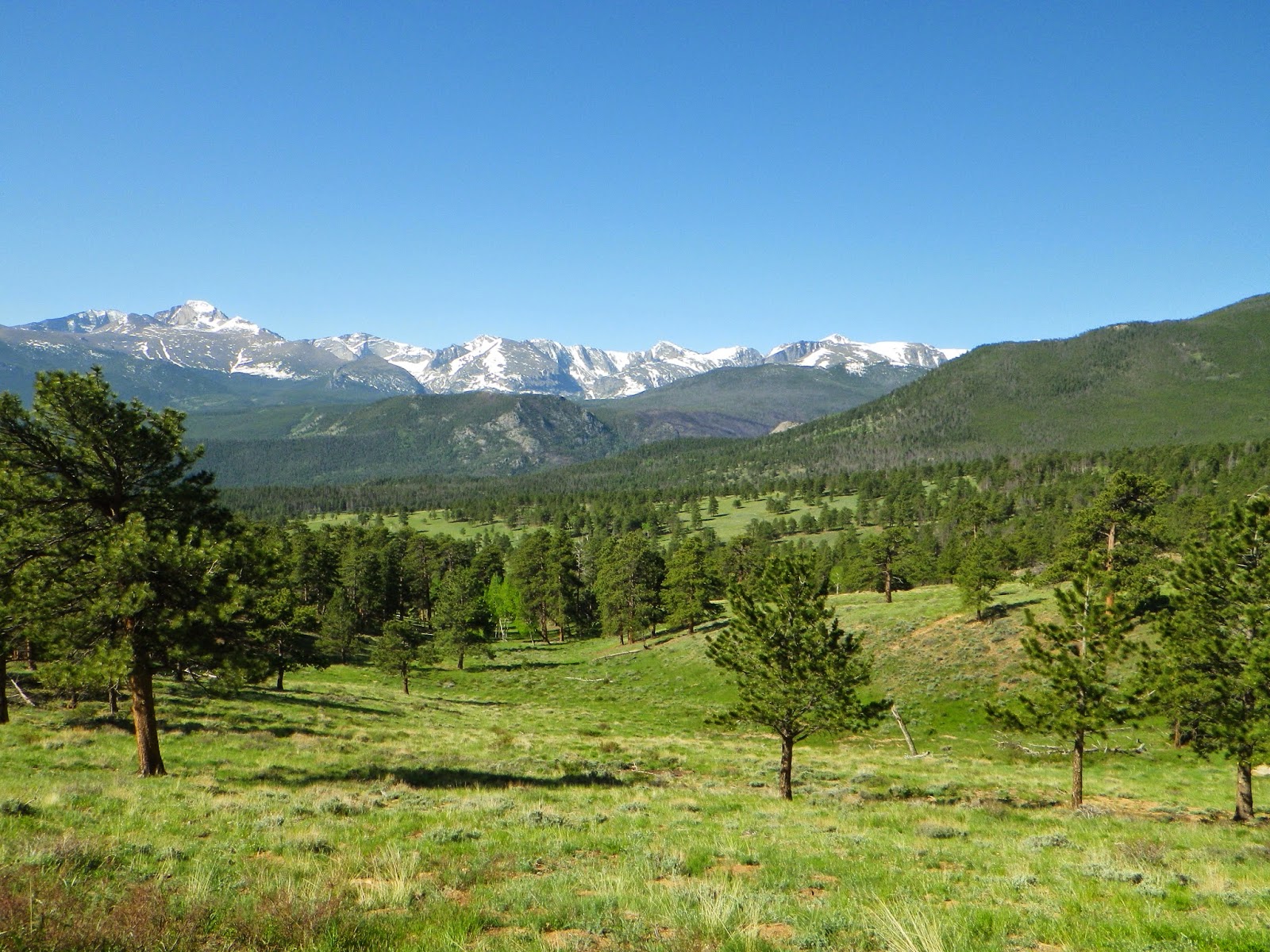 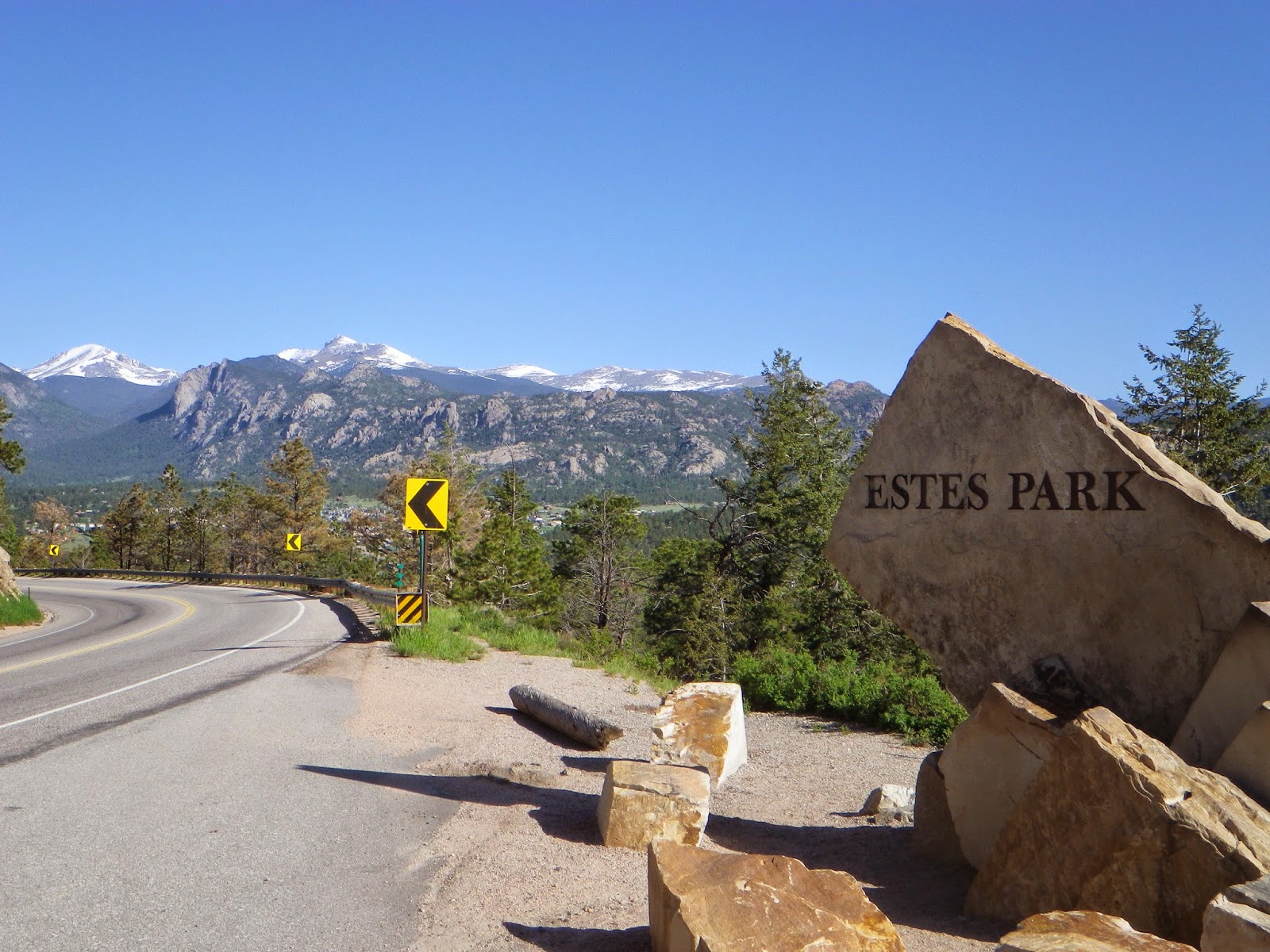 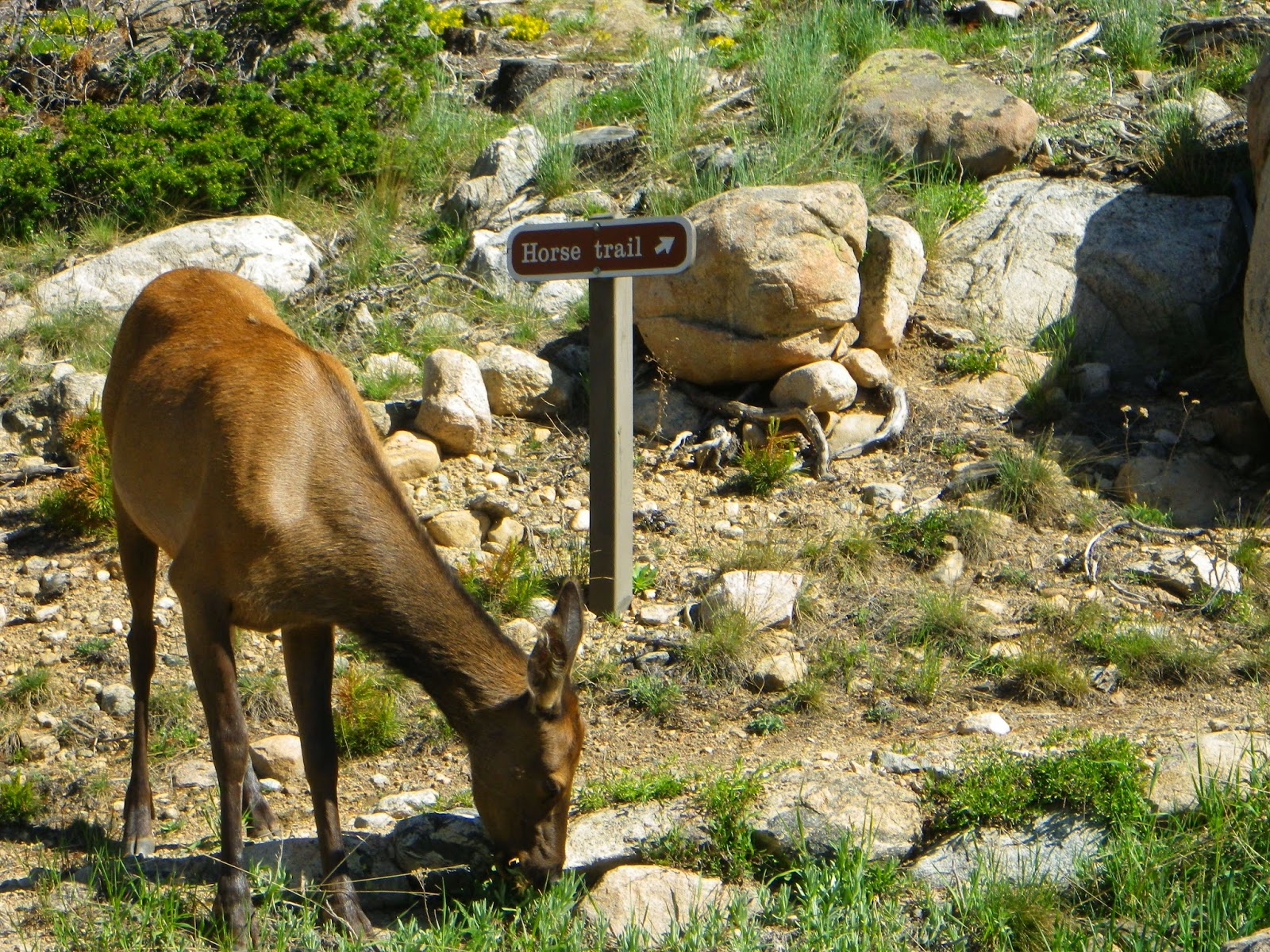 I took Maggie down the same tourist trail I had been on when I was here last year. Funny that I go to a Mountain Park two years in a row with dozens of great trails and do the same one twice. It was perfect though, the perfect length, totally snow covered which was a fun challenge. Very scenic, and although a crowded, the snow-covered aspect makes people watching to be very fun. I don't know where all these people come from but they are determined to see the Emerald Lake, having to slip and slide 3 miles on snow isn't stopping them. 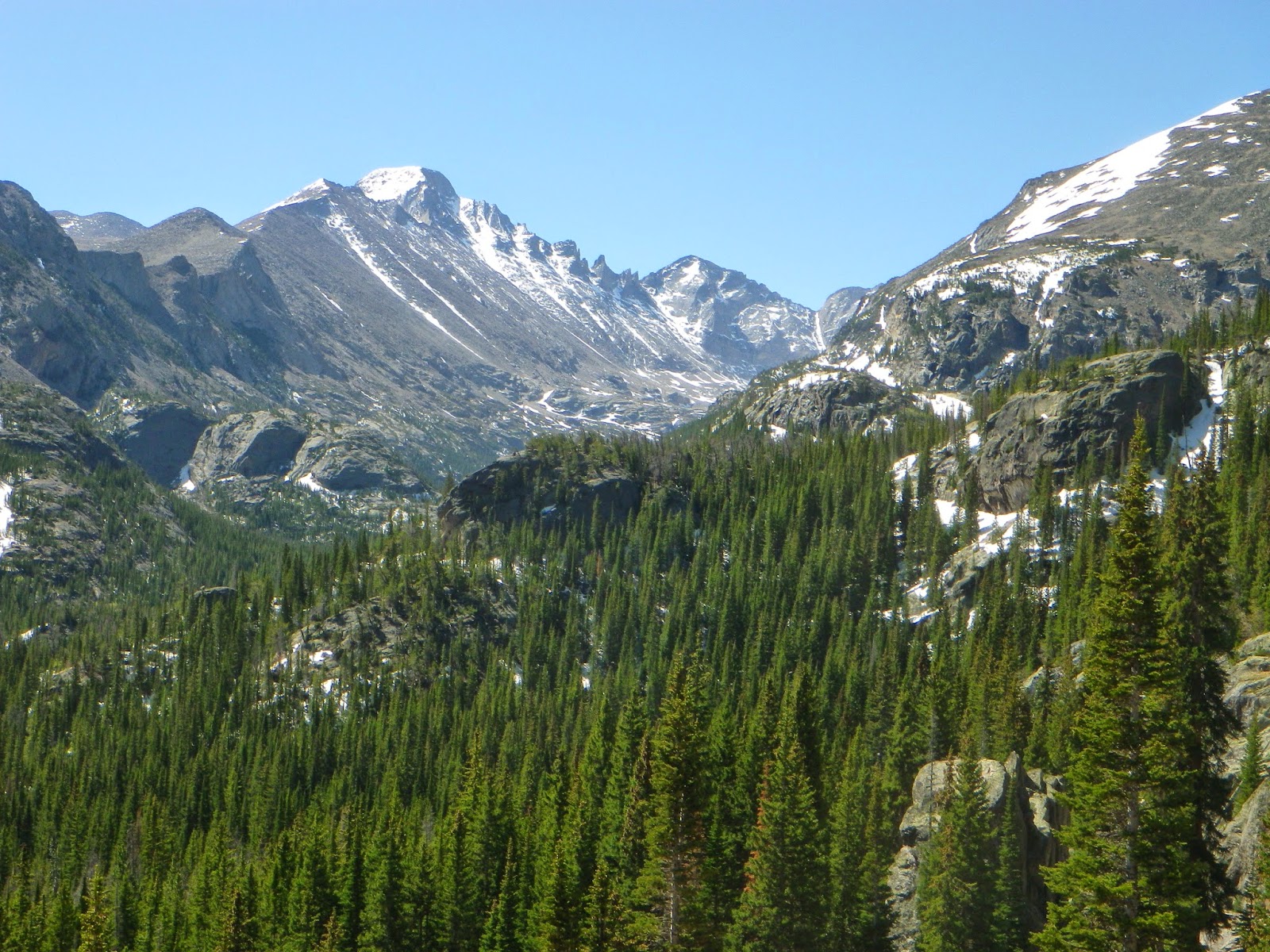 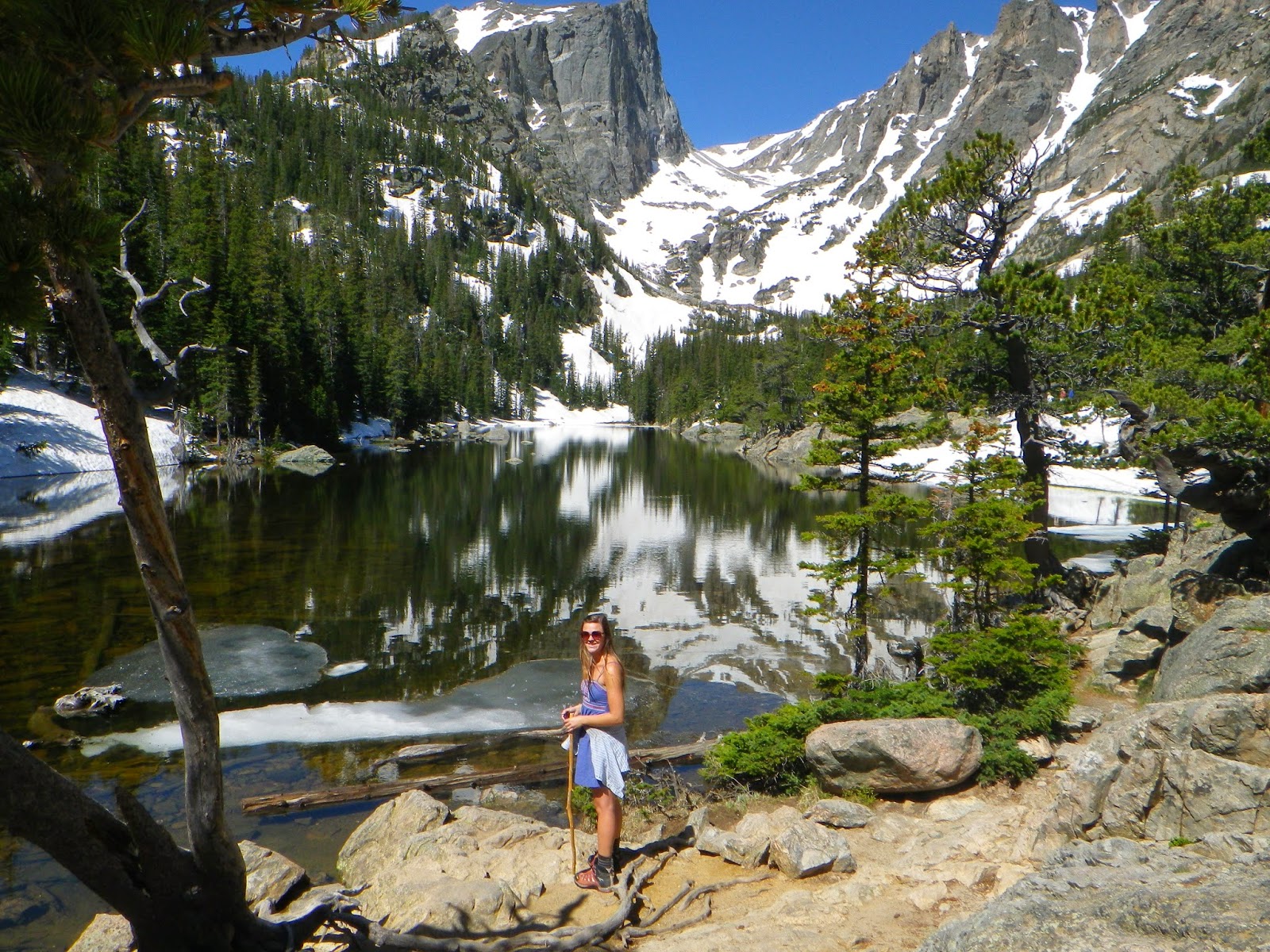 We saw a group of about 20 young people and kept getting caught in the middle of their group while hiking. Or we had to hurry up in front of them for fear they did catch up to us! At some point we waited it out in the woods and waited for them to pass. Then we ran into them again as they were coming down a huge snow covered hill, melting in the warm day, turning quickly to slush. This was the steepest part of the snow-covered trail, so we stood back to watch the show. They started descending one by one and then chaos ensued as the whole group of them began finding their own ways down the snow slope. Girls shrieked and laughed and tumbled down, some landing hard. Boys ran, some made it some fell, one with an excellent barrel roll, one executing a perfect slide on his feet. We stood back and clapped and laughed at this hilarious sight. 20 or more people all losing their balance together and tumbling down snowy trail.

We had a little lunch at the lake and it was a great view, probably 75 or 80 degrees out despite all the snow. 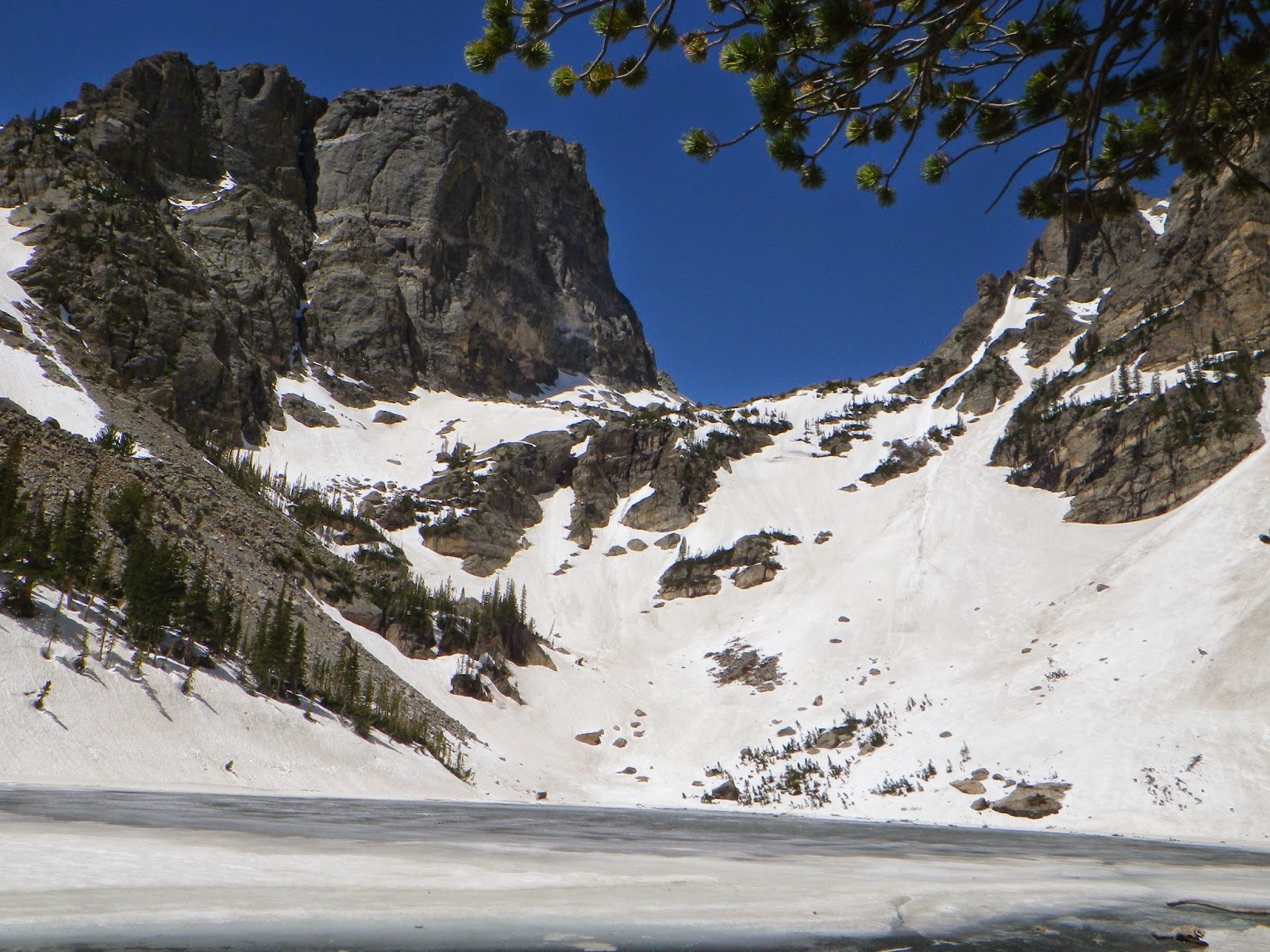 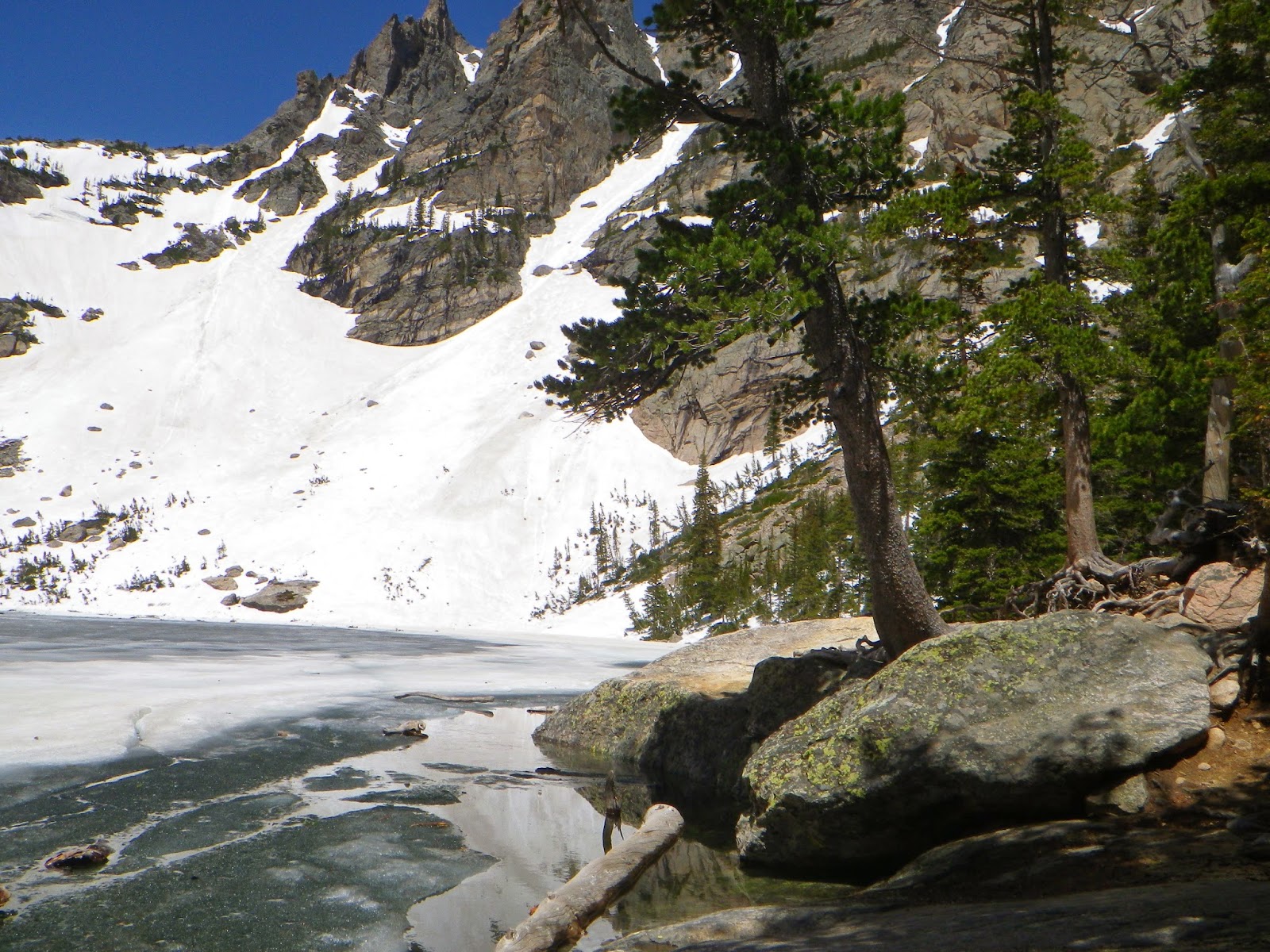 Then we hiked down and by 1 p.m. we were already back on the road. We drove over the top of Rocky Mountain National Park on Trail Ridge Road and it was so awesome. 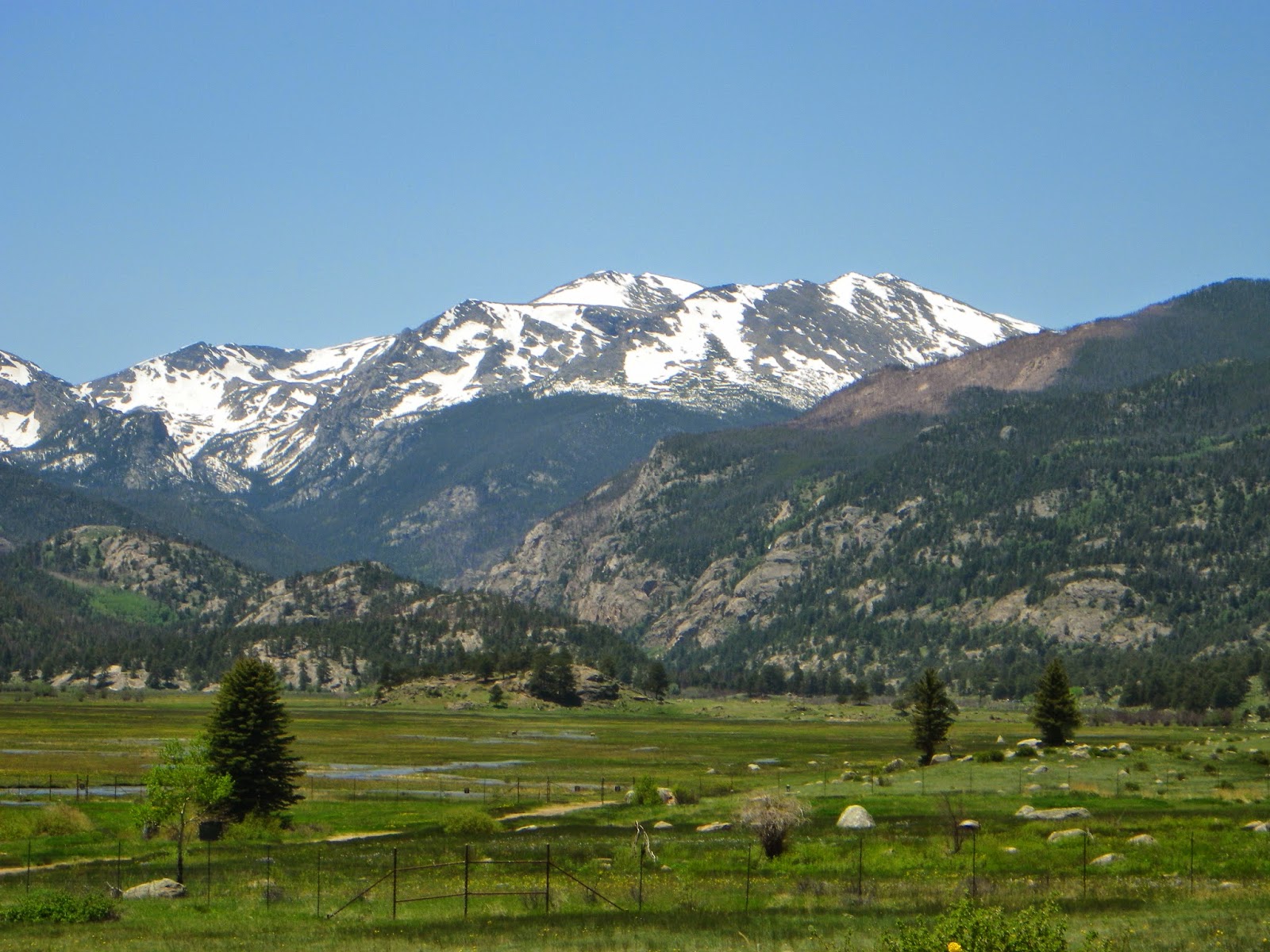 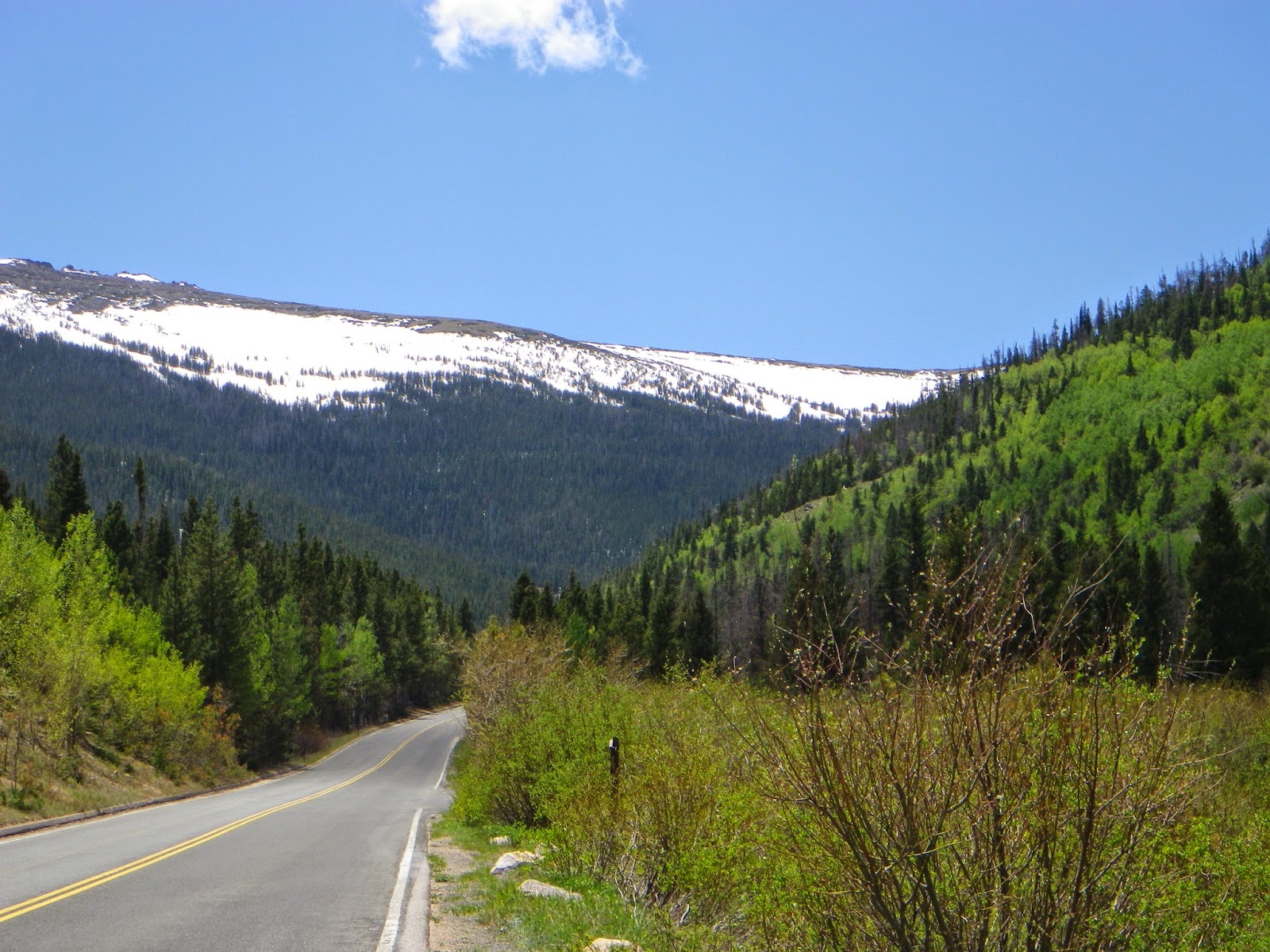 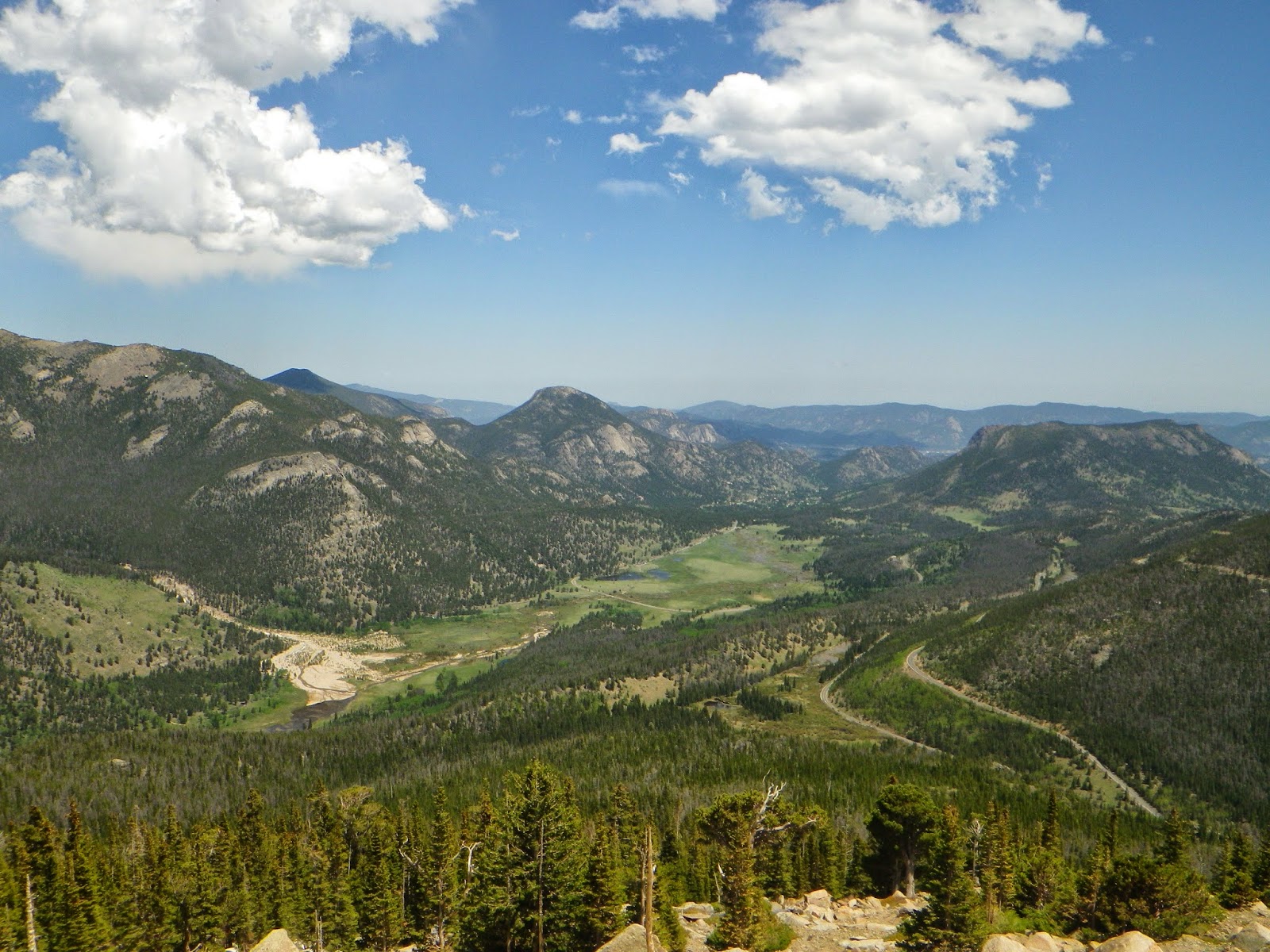 It's the highest elevation road in the US, cresting at over 12,000 feet. It was really cool at some places it dropped off on both sides, sometimes with no guard rail or shoulder to speak of, it was a bit nerve wracking. 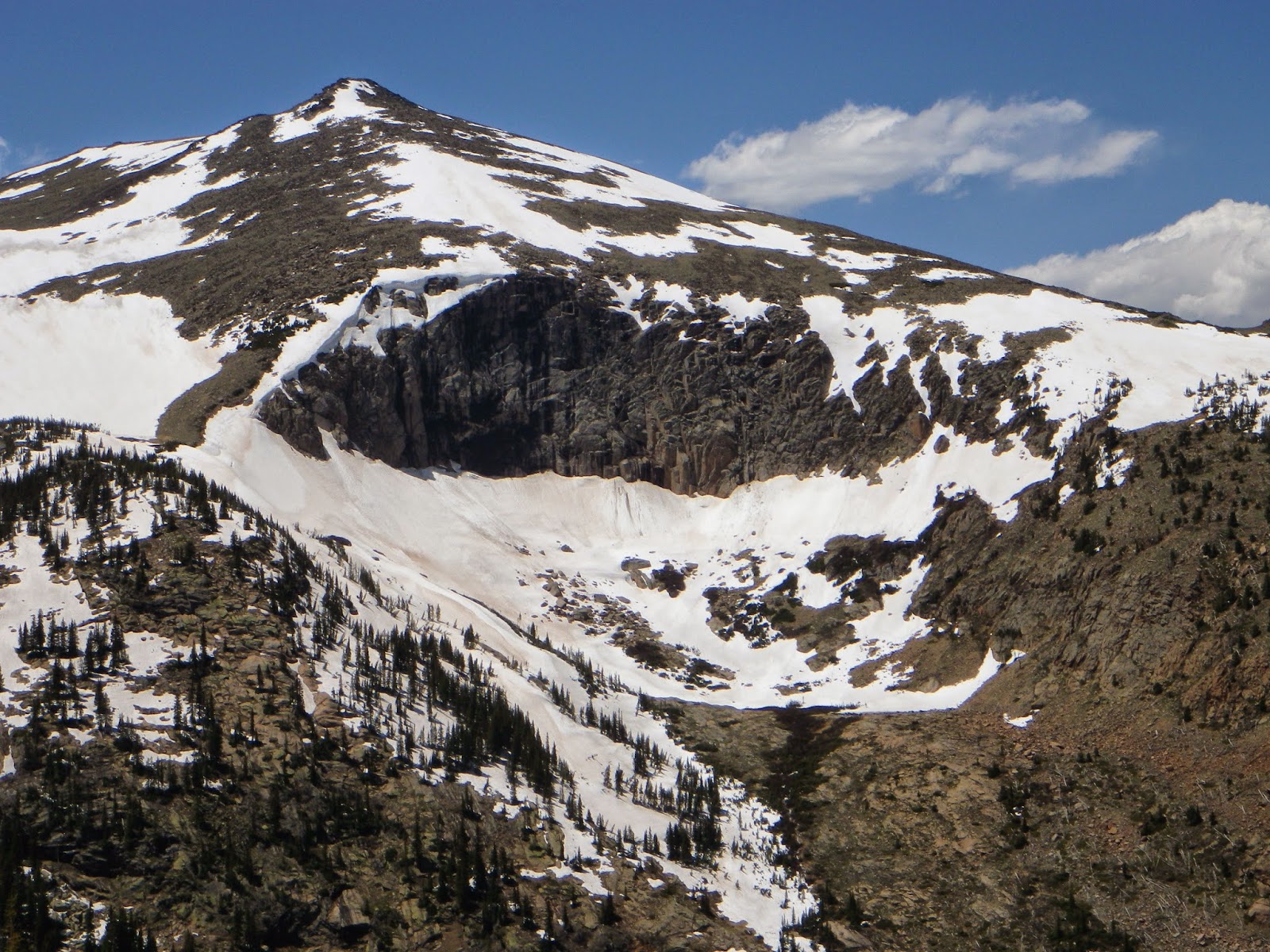 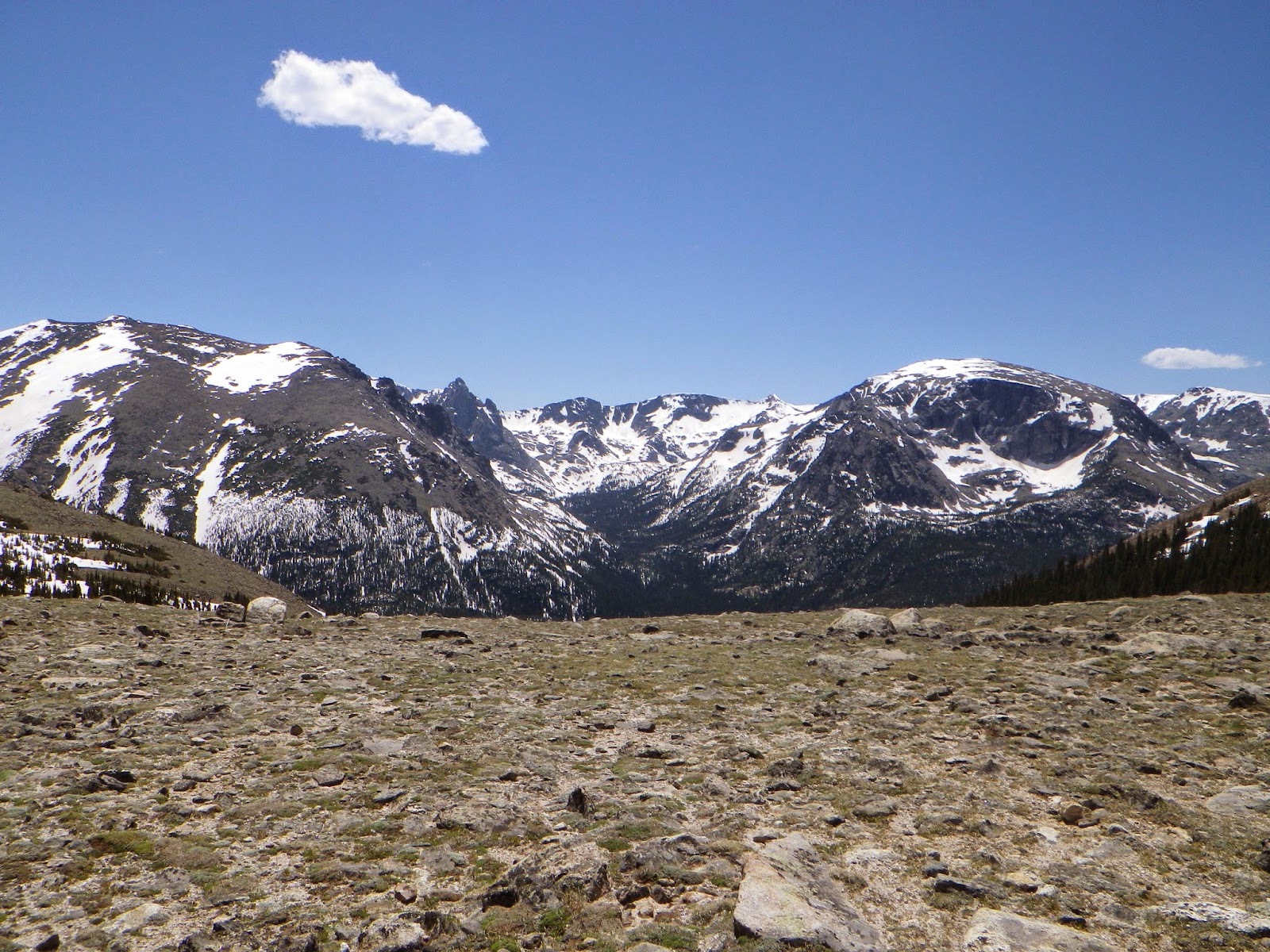 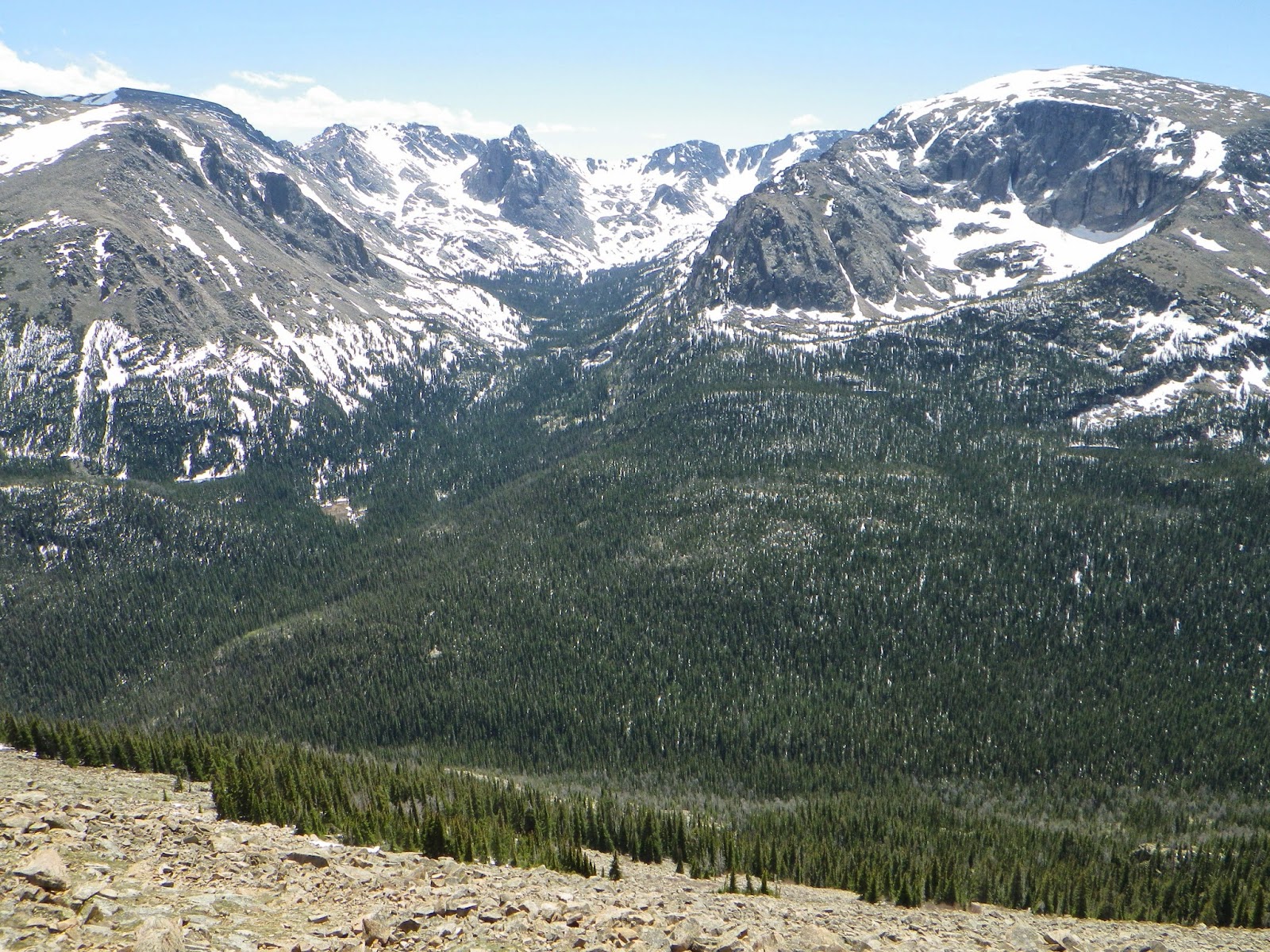 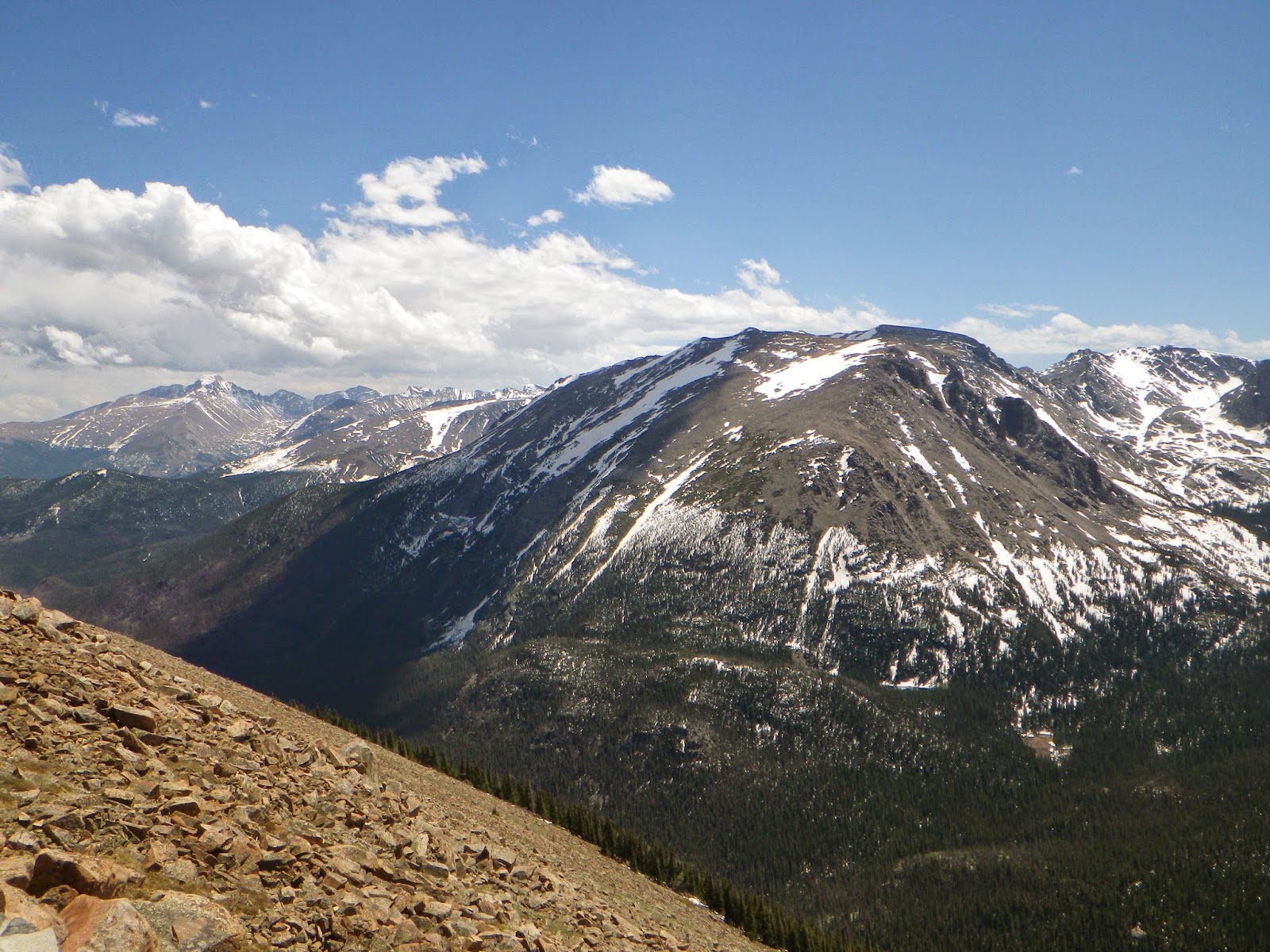 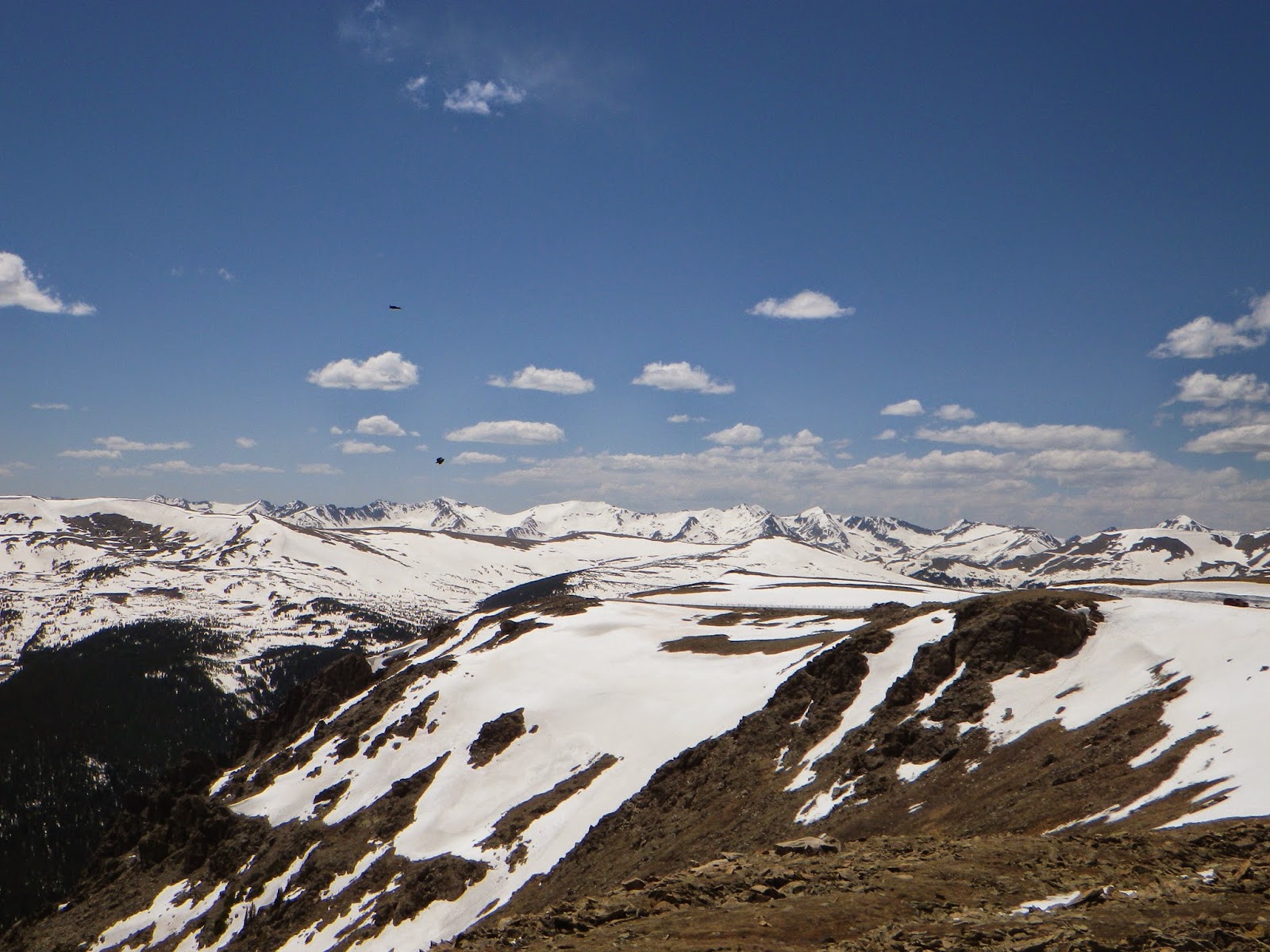 Then we drove very far, we left the Emerald Lake Trail parking lot at 1 p.m. And got to our destination at about 8:30. It had also been about a five hour drive to the National Park in the first place and we woke up at 3 a.m.. So I was starting to feel tired. I jumped into beautiful, freezing, Grandby Lake as we drove past and continued on a magical, seldom traveled, long road to Steamboat Springs. The rolling mountains sparkling green and various other colors in the sunlight. Many different shades of green from the fresh aspens leafing out and the tall lodgepole pines. Maggie had fallen asleep and I was falling into a trance. I was steering towards one big mountain which I thought it must be the steamboat. Drowsy driving is so awful, but the whole area felt afterwards just like a dream land.

I got more caffeine in Steamboat and started to wake up. We could have stopped at this beautiful overlook and camped there but we didn't. 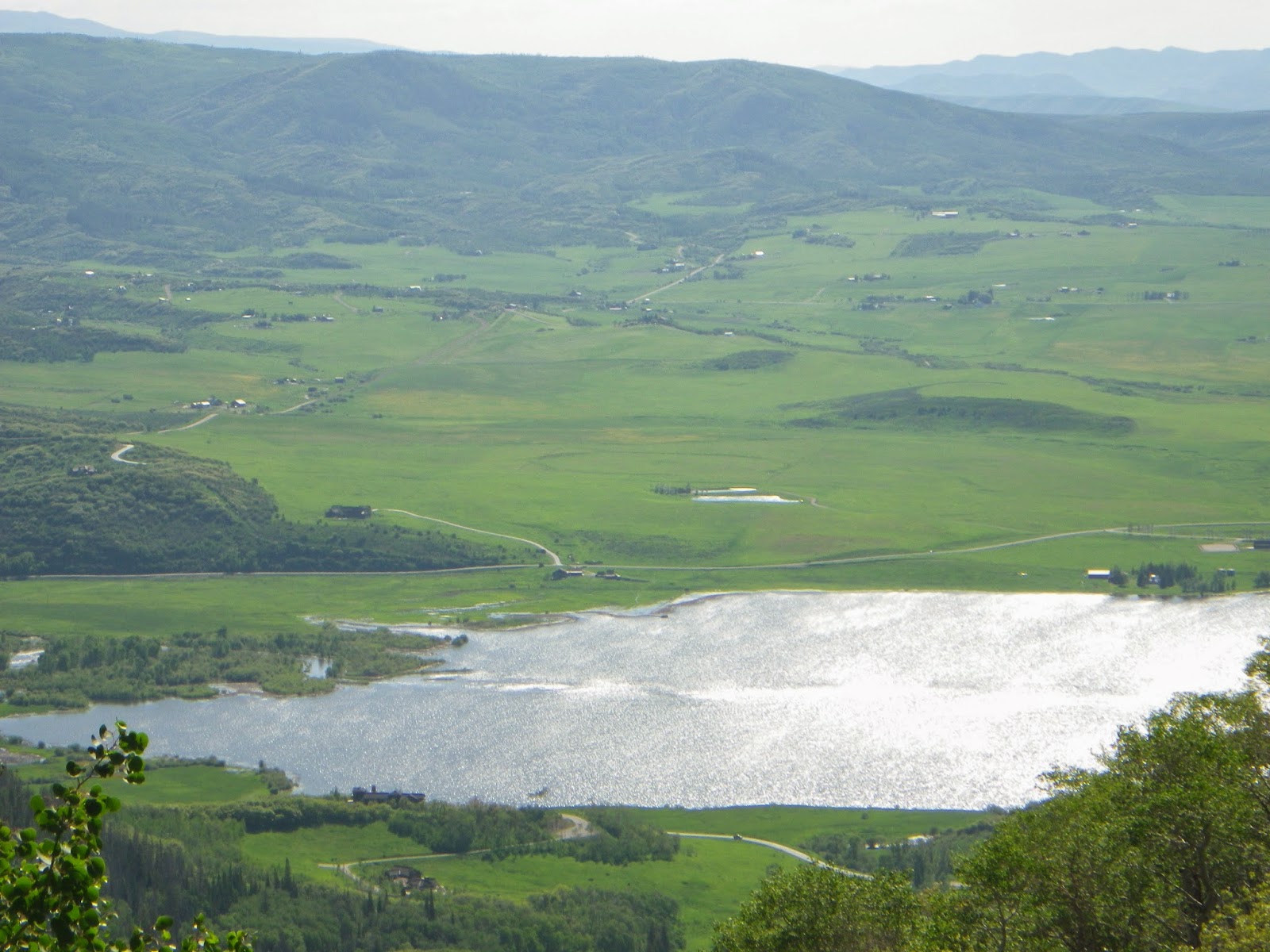 We drove the Utah Road, highway 40, through open grassy country. Dry rolling hills. Complete emptiness, loneliness, sagebrush desert. Eventually made it to the perfect camp spot on the eastern edge of Dinosaur National Monument at dirt parking lot along the Yampa River. 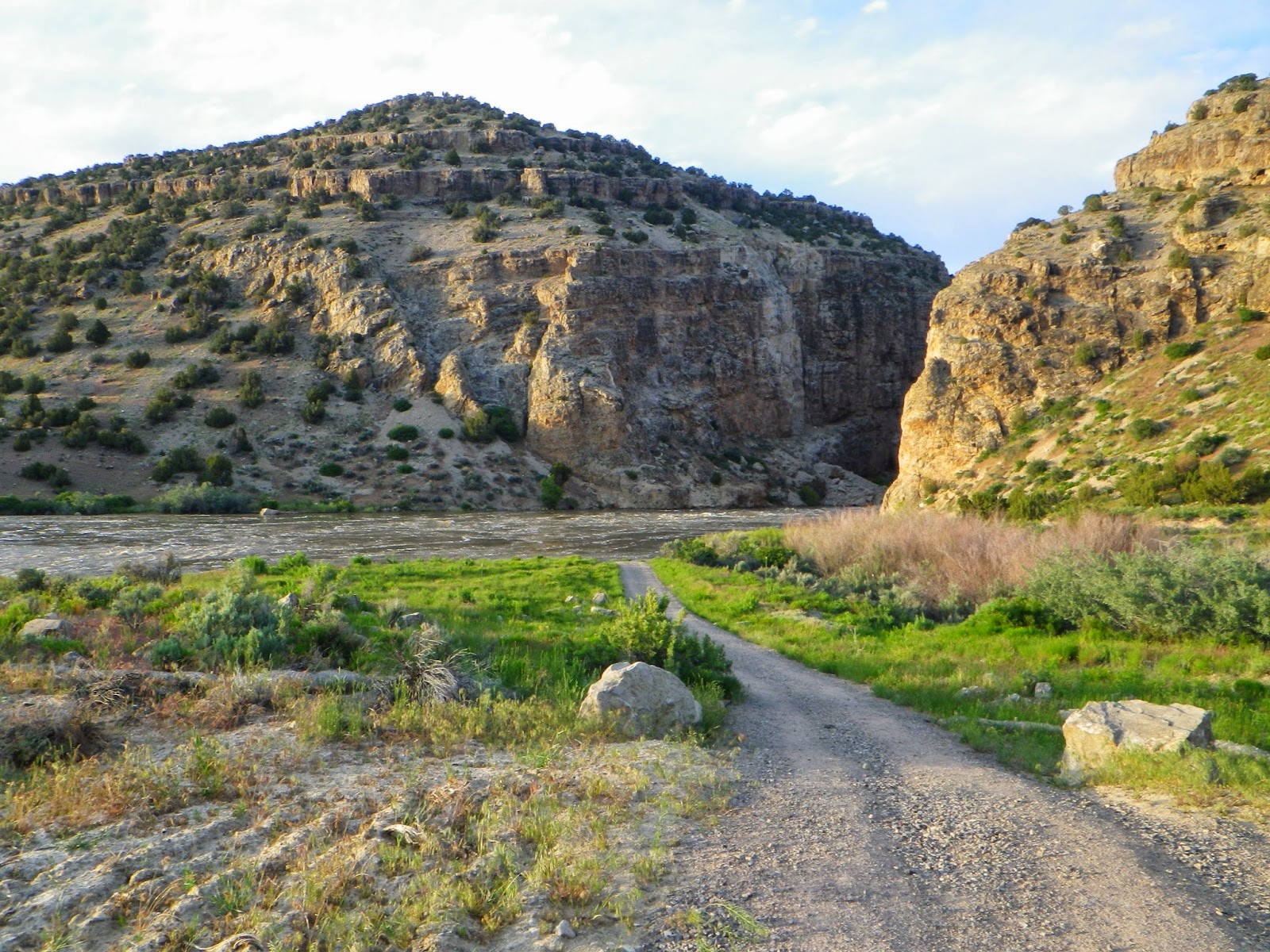 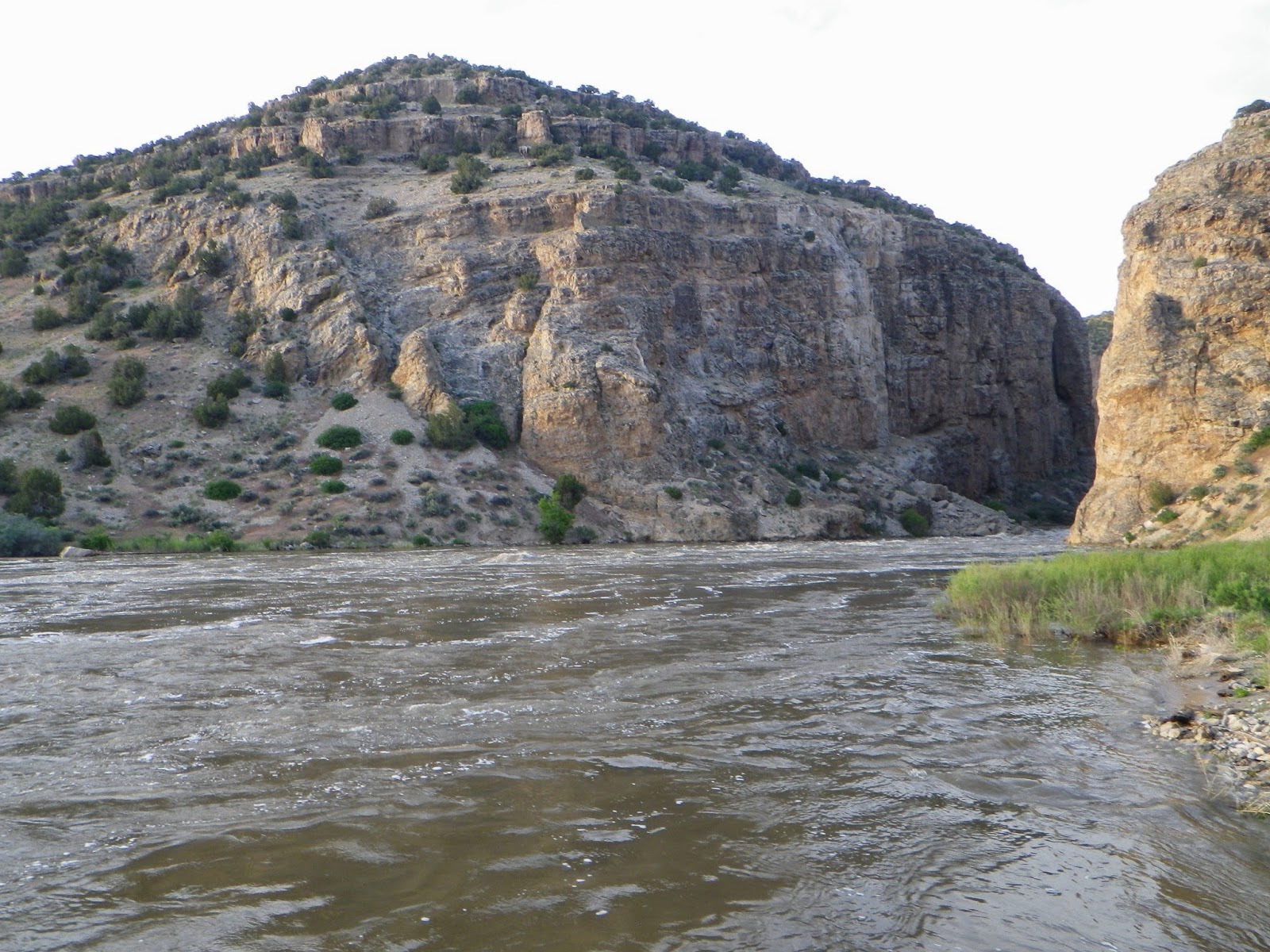 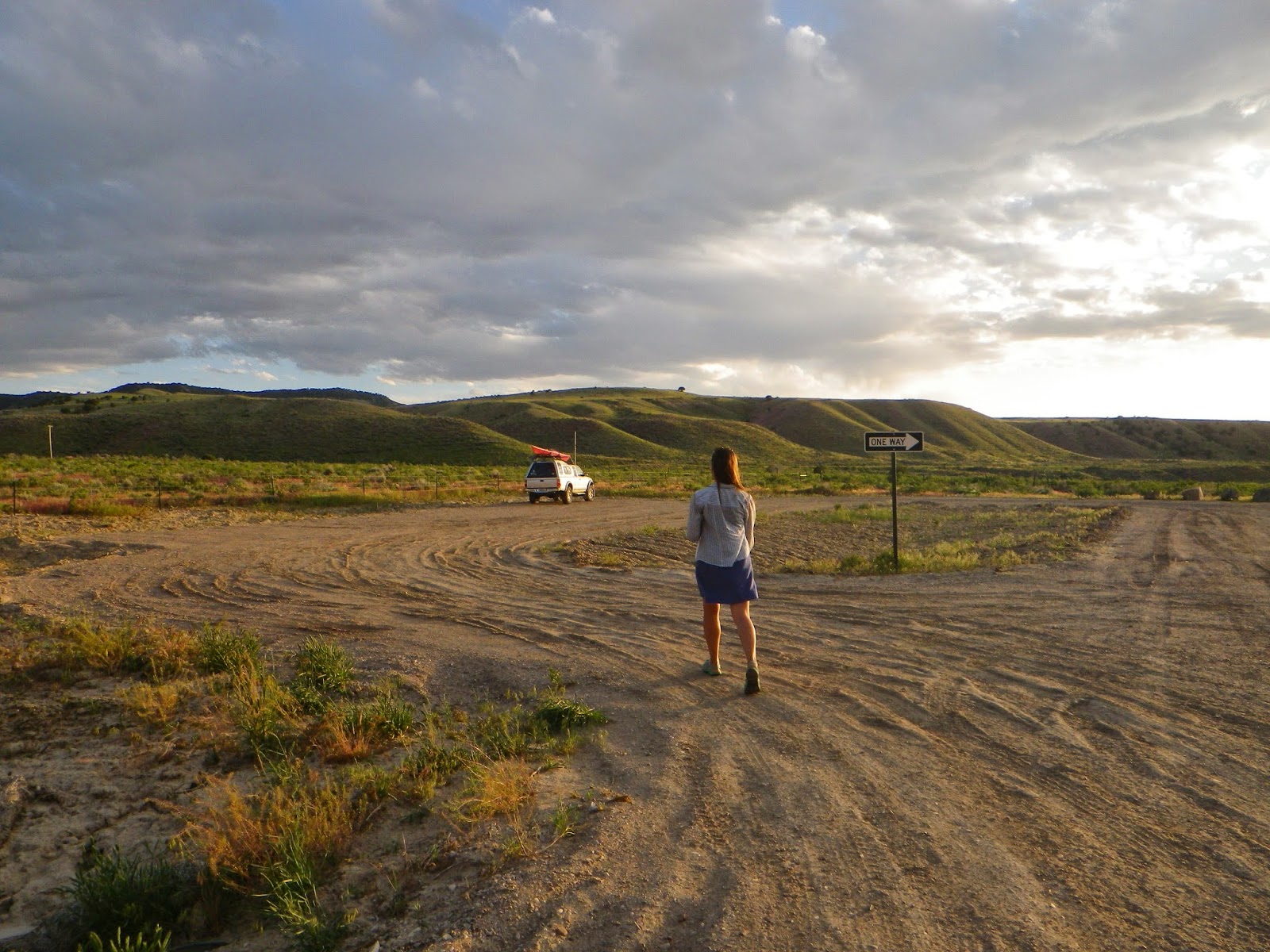 It was one of those days where we were on the road for 17 hours but we crossed Colorado. Now we were so tired we couldn't sleep, but we were happily laying in bed before the Sun even went down.
Posted by Unknown at 8:23 AM